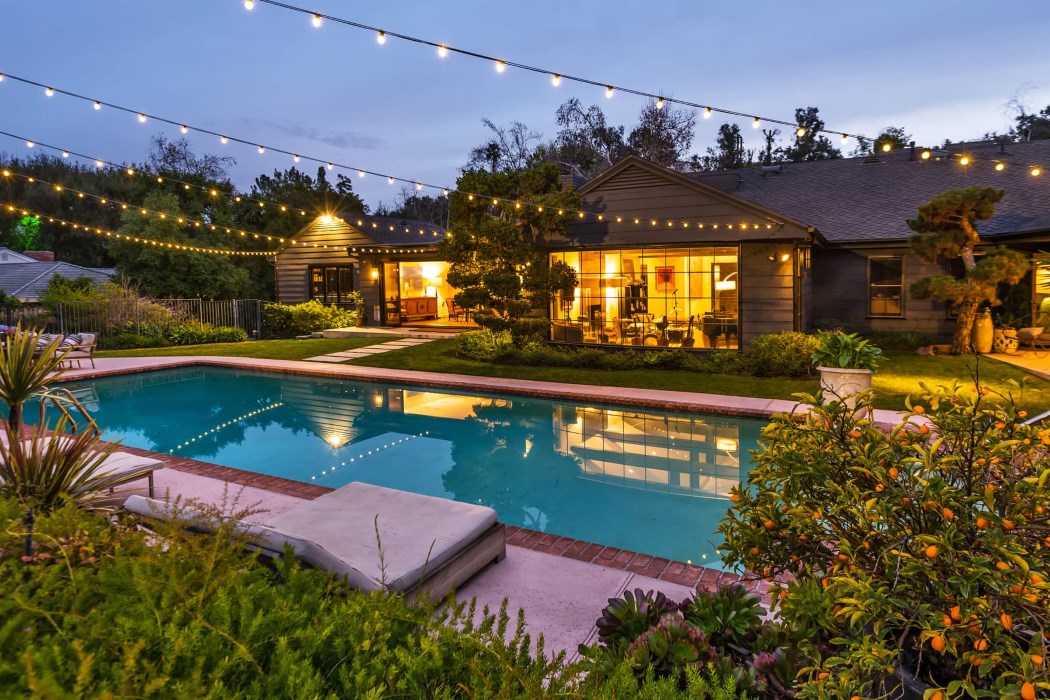 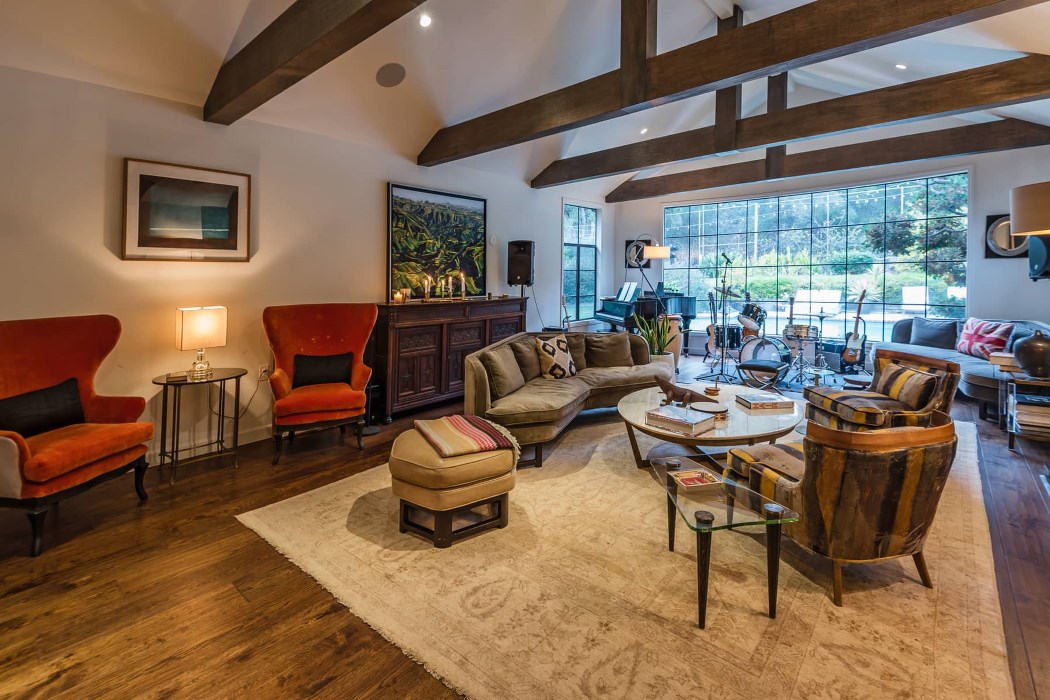 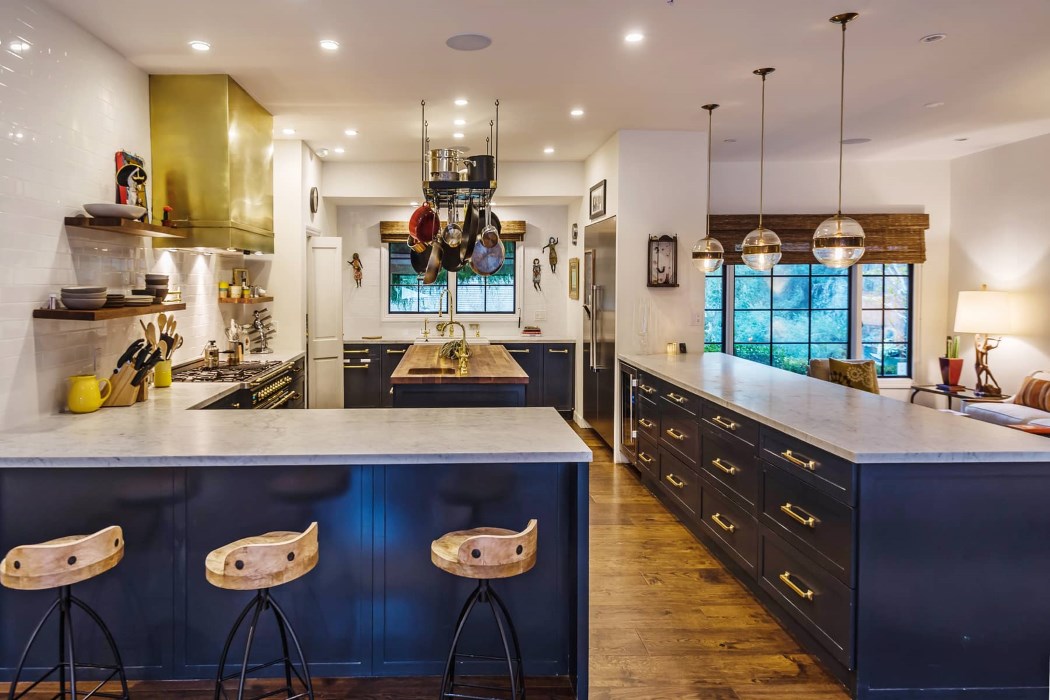 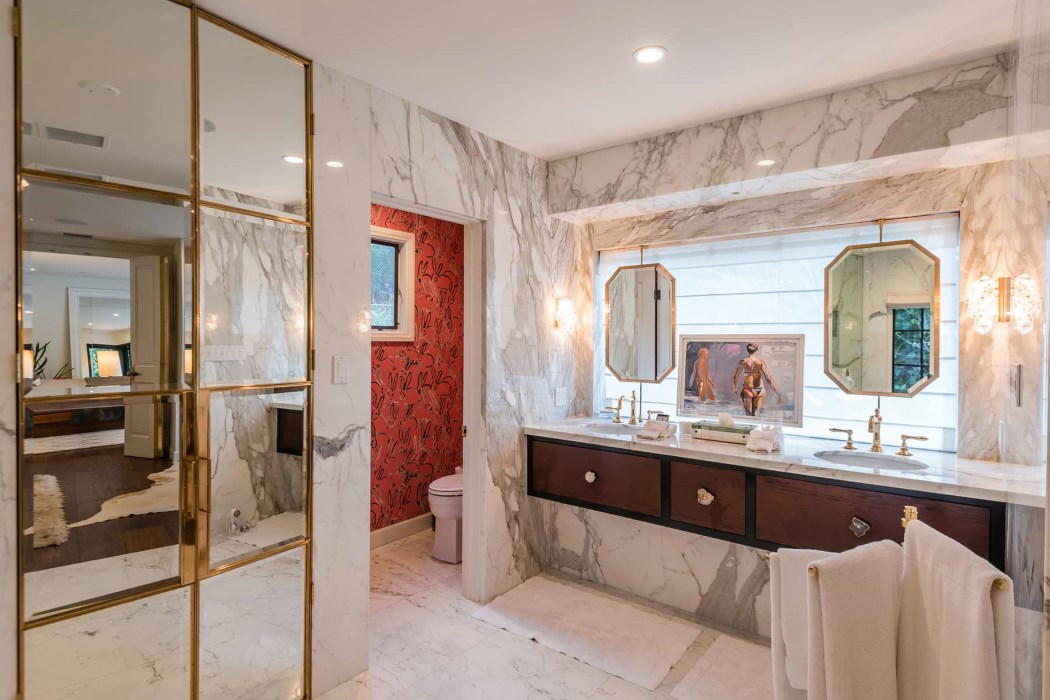 Walsh created a full professional hair and make up set up in the master suite.
Sotheby's International Realty
Advertisement 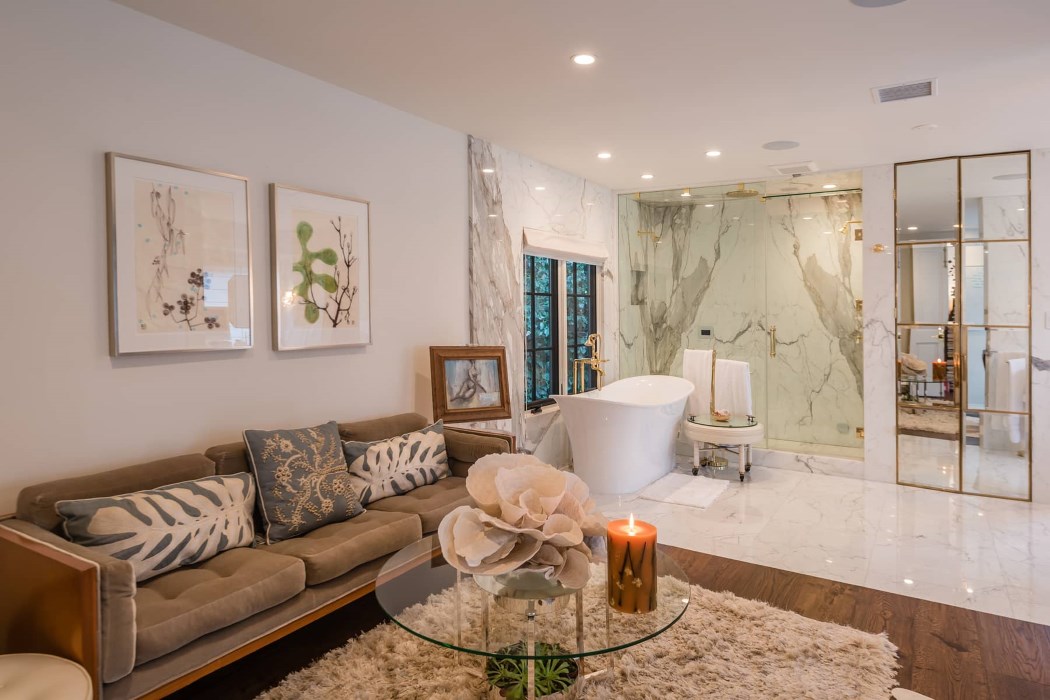 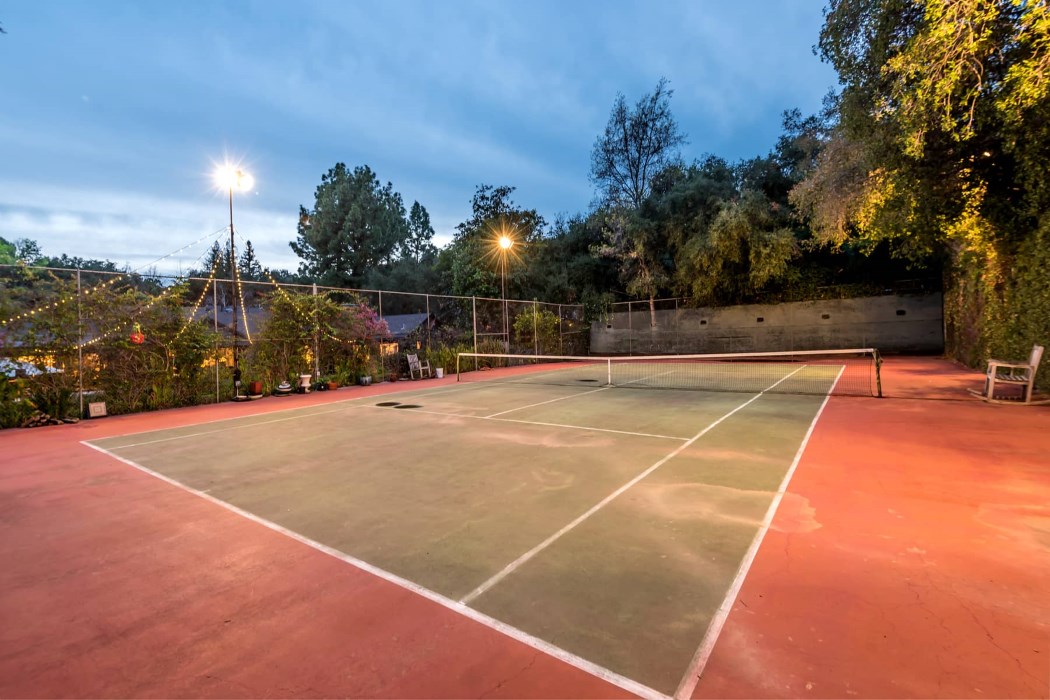 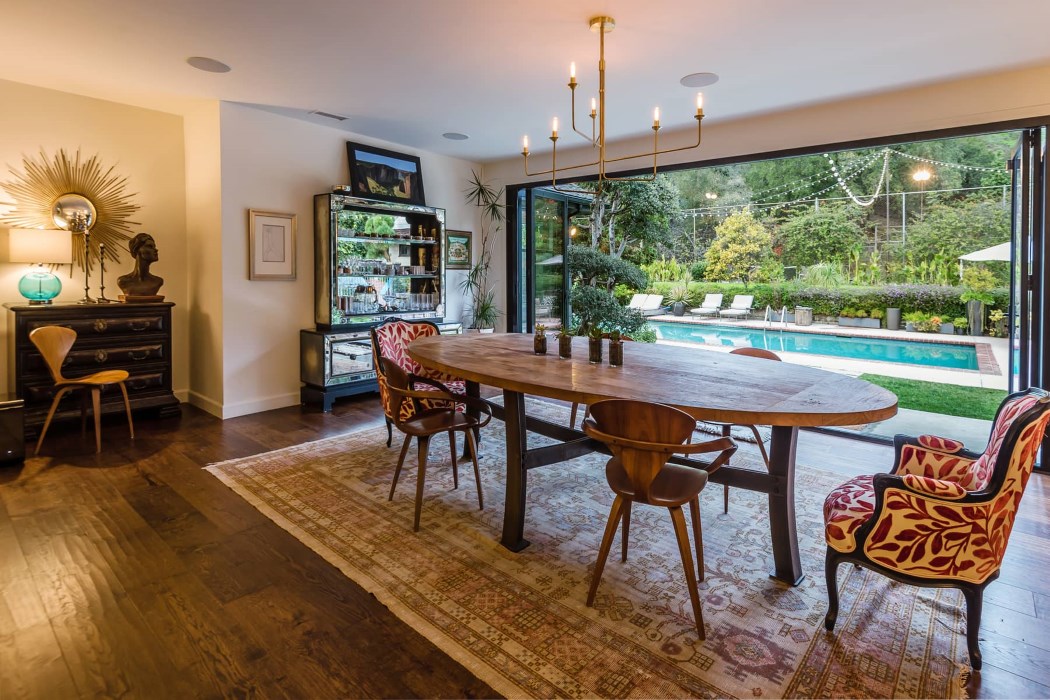 Walls of windows open up to the outside.
Sotheby's International Realty
Advertisement 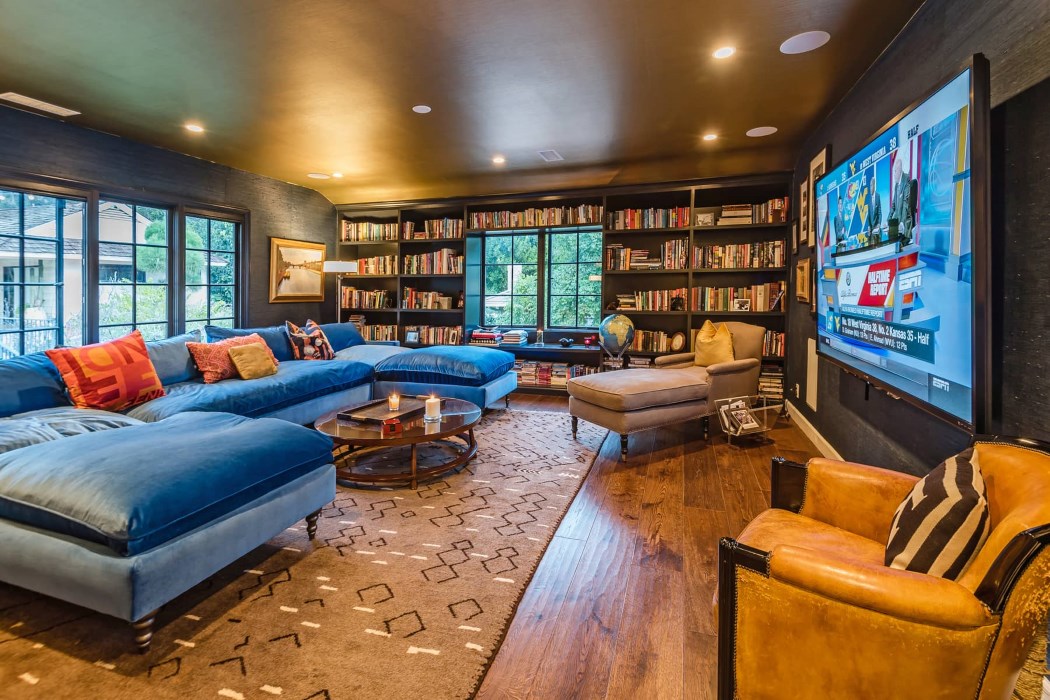 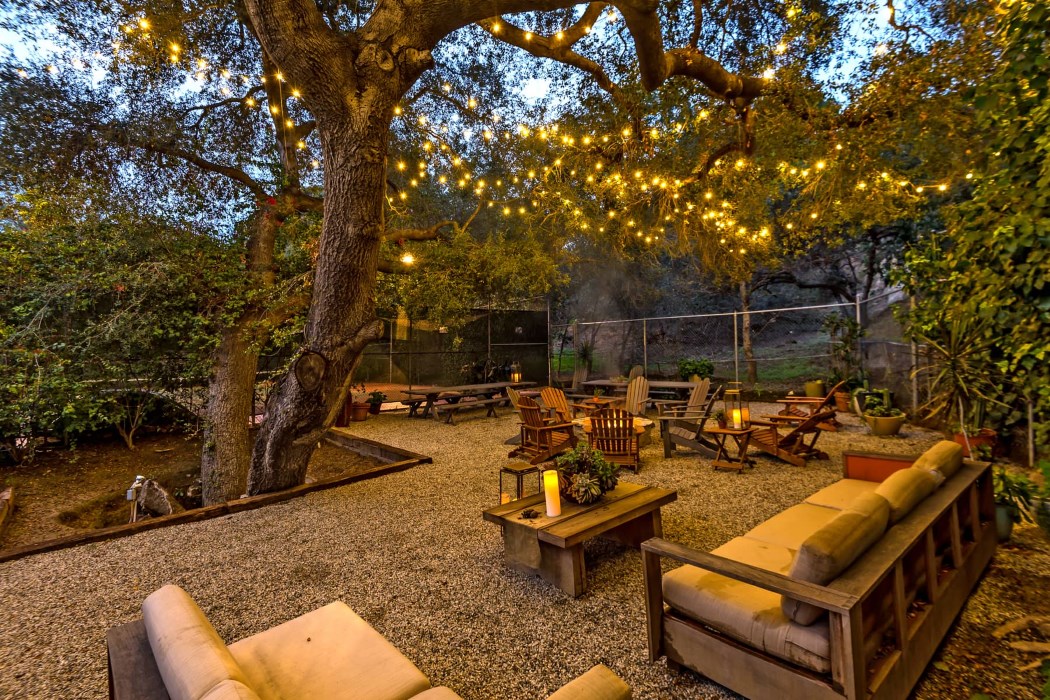 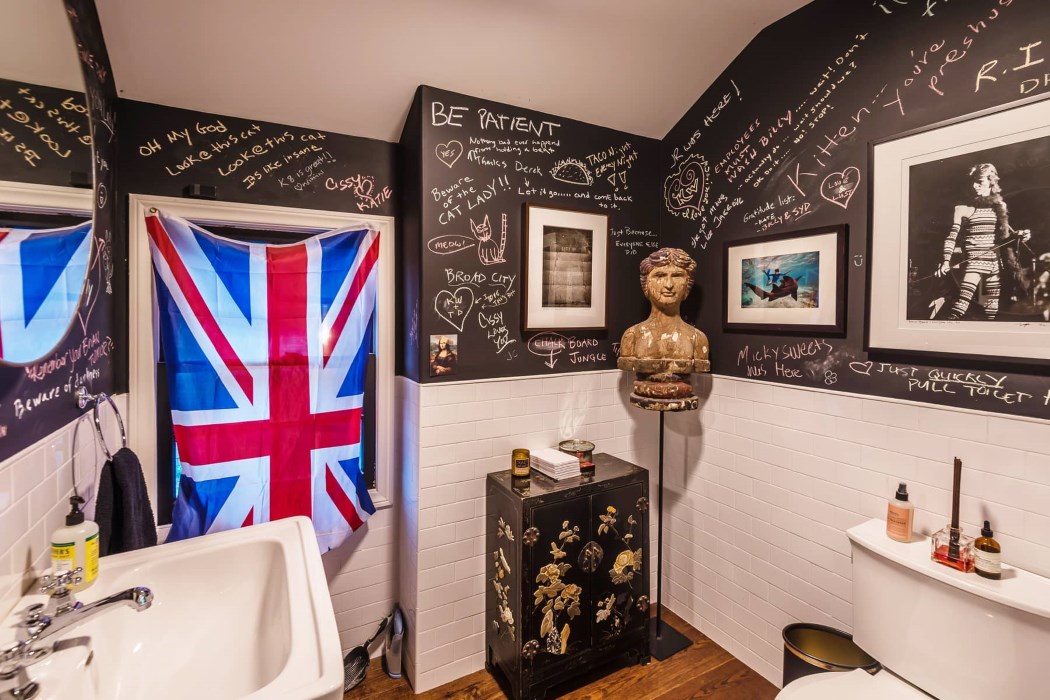 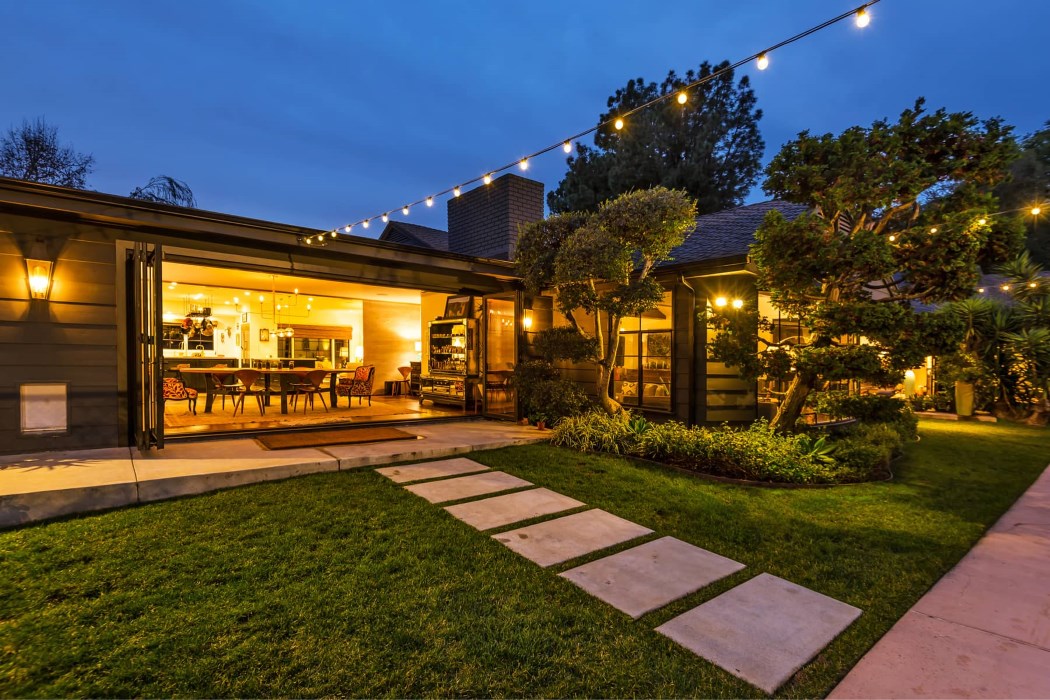 She converted the detached guest house into a Pilates studio.
Sotheby's International Realty 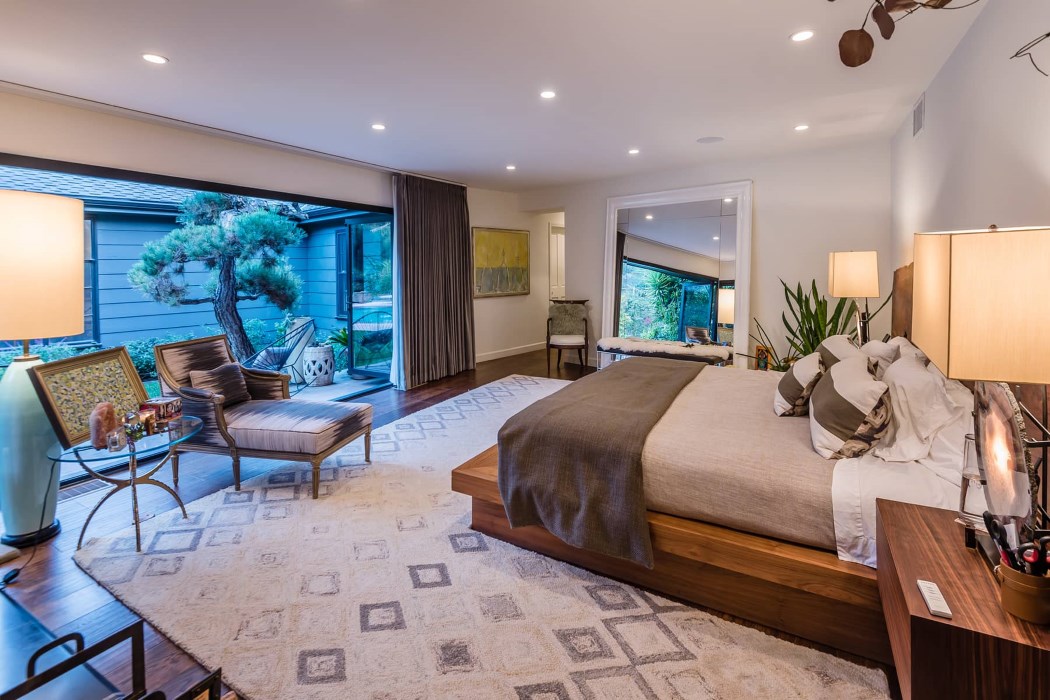 One of the bedrooms in the main house.
Sotheby's International Realty 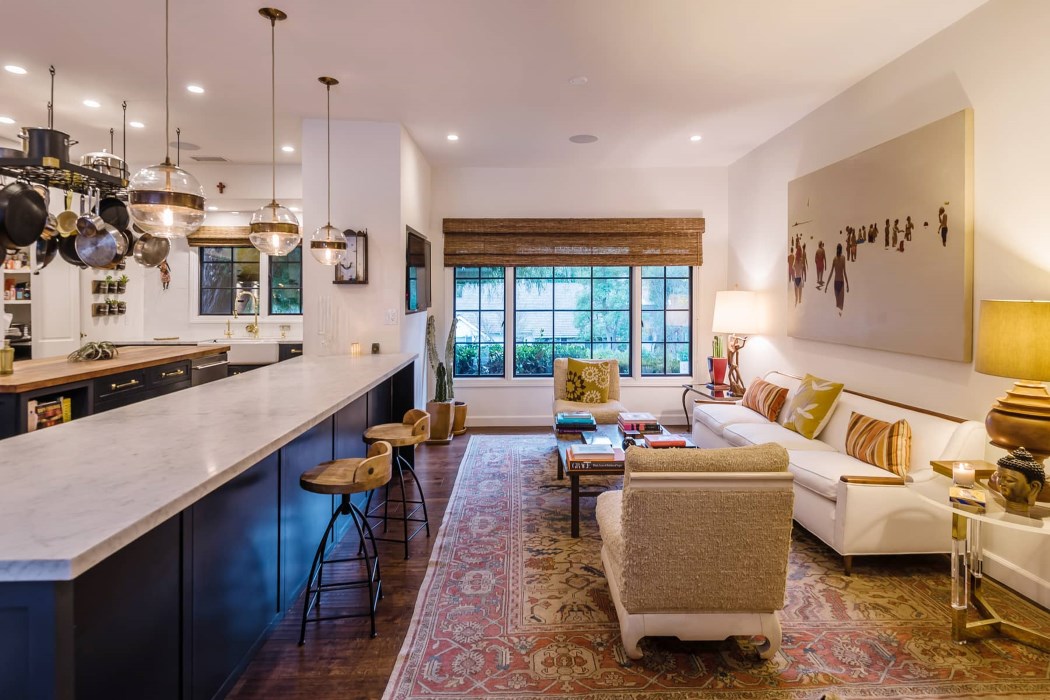 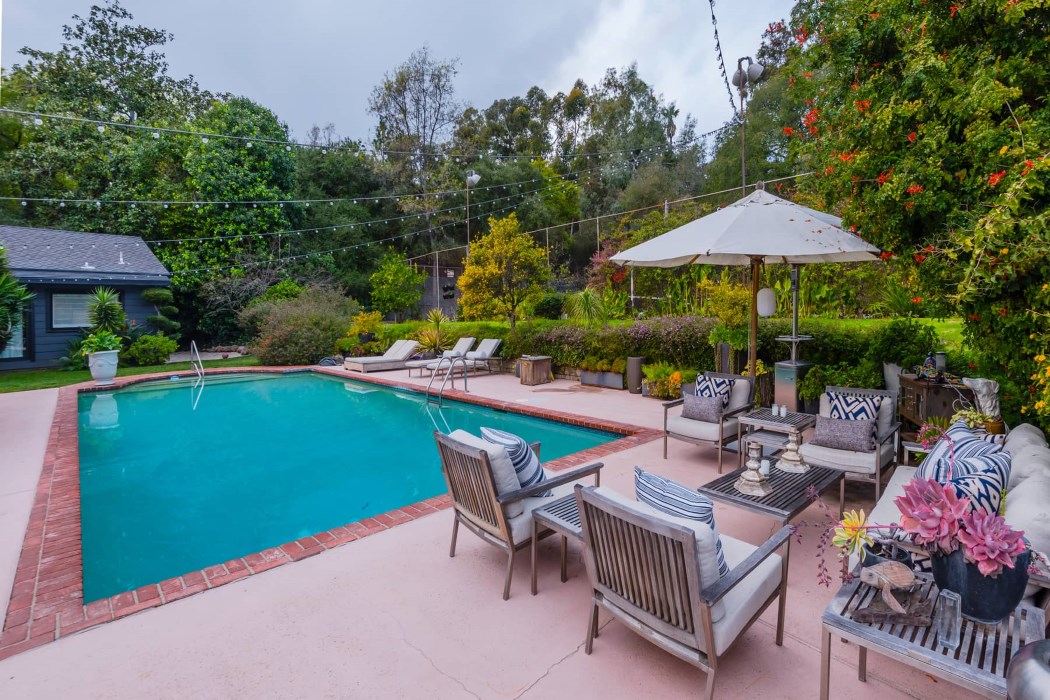 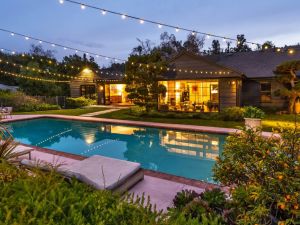 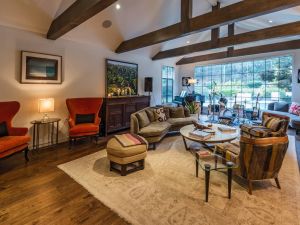 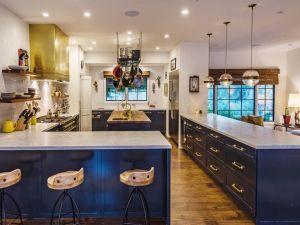 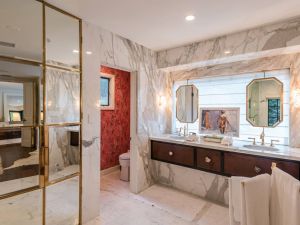 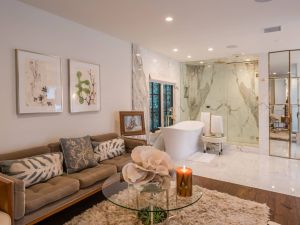 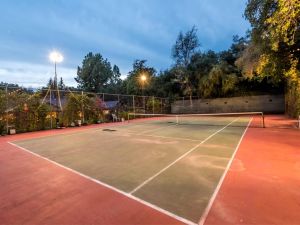 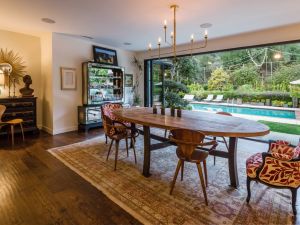 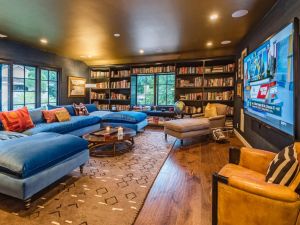 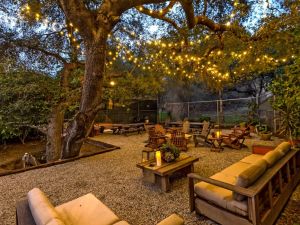 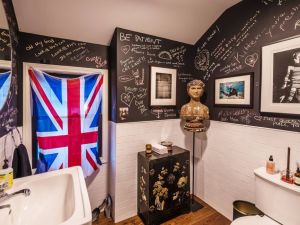 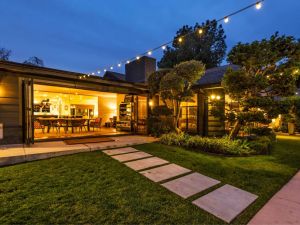 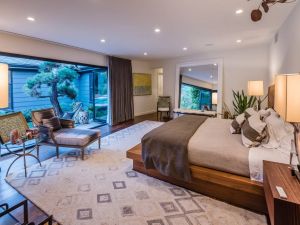 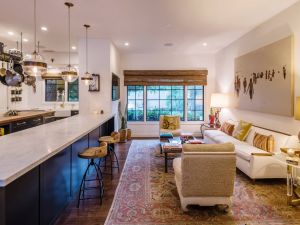 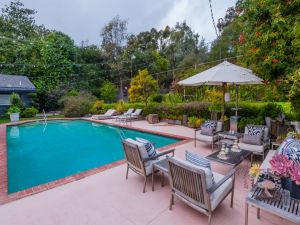 The Grey’s Anatomy and Private Practice actress, who is also starring on the Netflix series 13 Reasons Why, bought the 4,332-square-foot home four years ago for $2.75 million, and completed a full renovation.

The master suite, in particular, has a dressing room closet complete with a full hair and make up station, as well as a sleek marble bath. The actress also converted the detached guest house into a Pilates studio, because there definitely aren’t enough fitness studios in Los Angeles.

Other more traditional aspects of the three-bedroom, 3.5-bath home include a living room with a vaulted ceiling and brass surrounded fireplace, as well as a wall of windows, per the $4.25 million listing shared by Sotheby’s International Realty brokers Barry Sloane and Marc Silver. The kitchen is equipped with marble topped counters and a center island, with “nearly every restaurant quality appliance imaginable,” and is open to the dining room and media room.

Aside from the guest house, the gated home also has a tennis court on the one-acre property.

Walsh previously listed the home, which is in the Royal Oaks neighborhood, as a rental earlier this year, with prices ranging from $15,000 a month to $17,500 a month. She was “not ready to sell it,” Silver told the Wall Street Journal, and even though she did successfully rent the Encino home out at one point, she’s now “ready to move on.”

Hopefully Walsh has better luck selling this house than she did with her Los Feliz home—she bought that home in July 2007 for $4.75 million, and after listing it in 2011, it took her three years to finally sell before she finally accepted a $4.68 million offer in June 2013.

Perhaps she should take some advice from her former boss, Shonda Rhimes, who is doing quite well for herself with Los Angeles real estate—Rhimes just bought a third home in the Hancock Park neighborhood earlier this year.