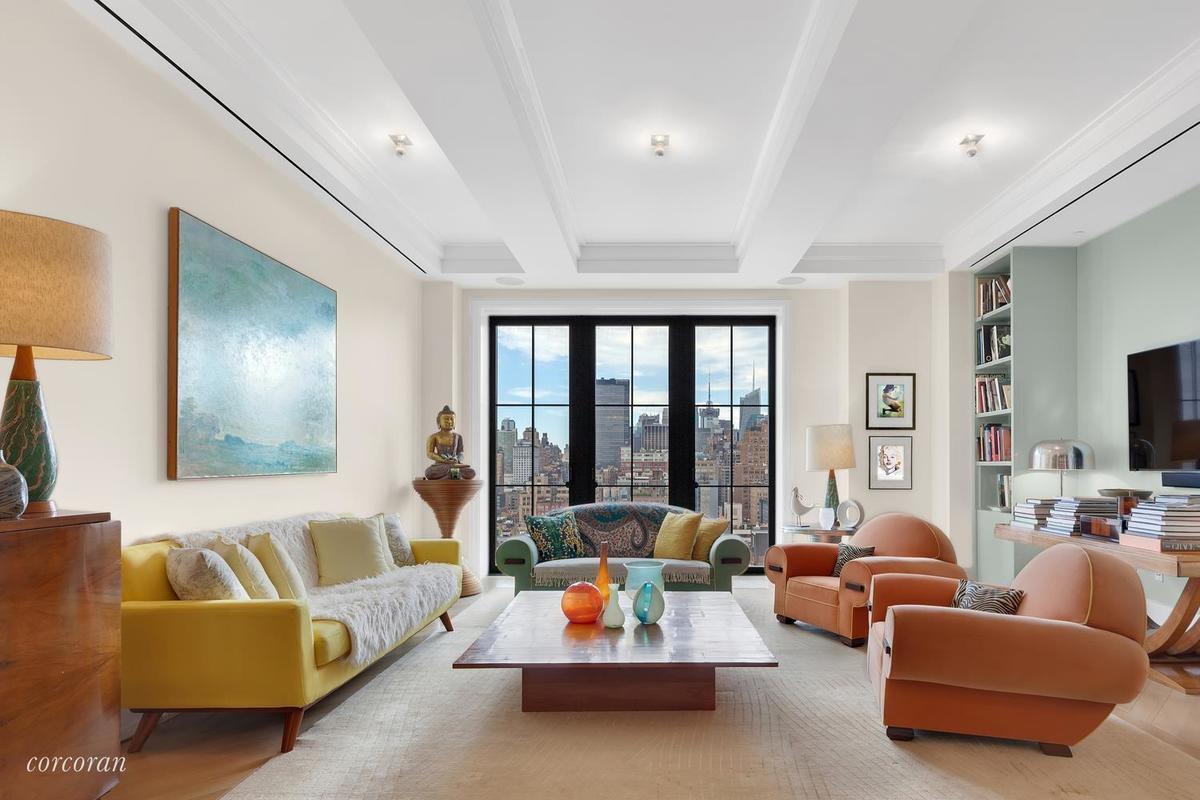 Cosmetics mogul Laura Mercier is parting ways with her Walker Tower condo. Scroll through to peek inside.
Corcoran 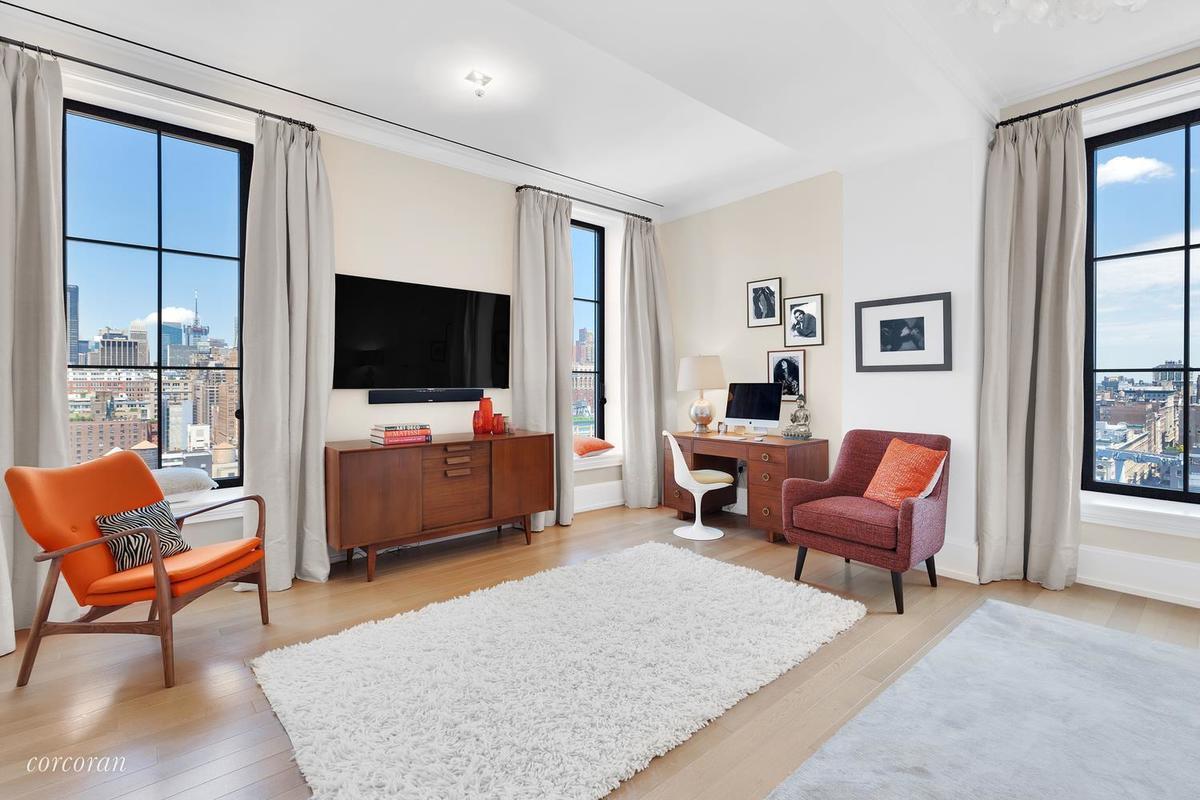 Mercier was one of the first people to buy into the condo.
Corcoran 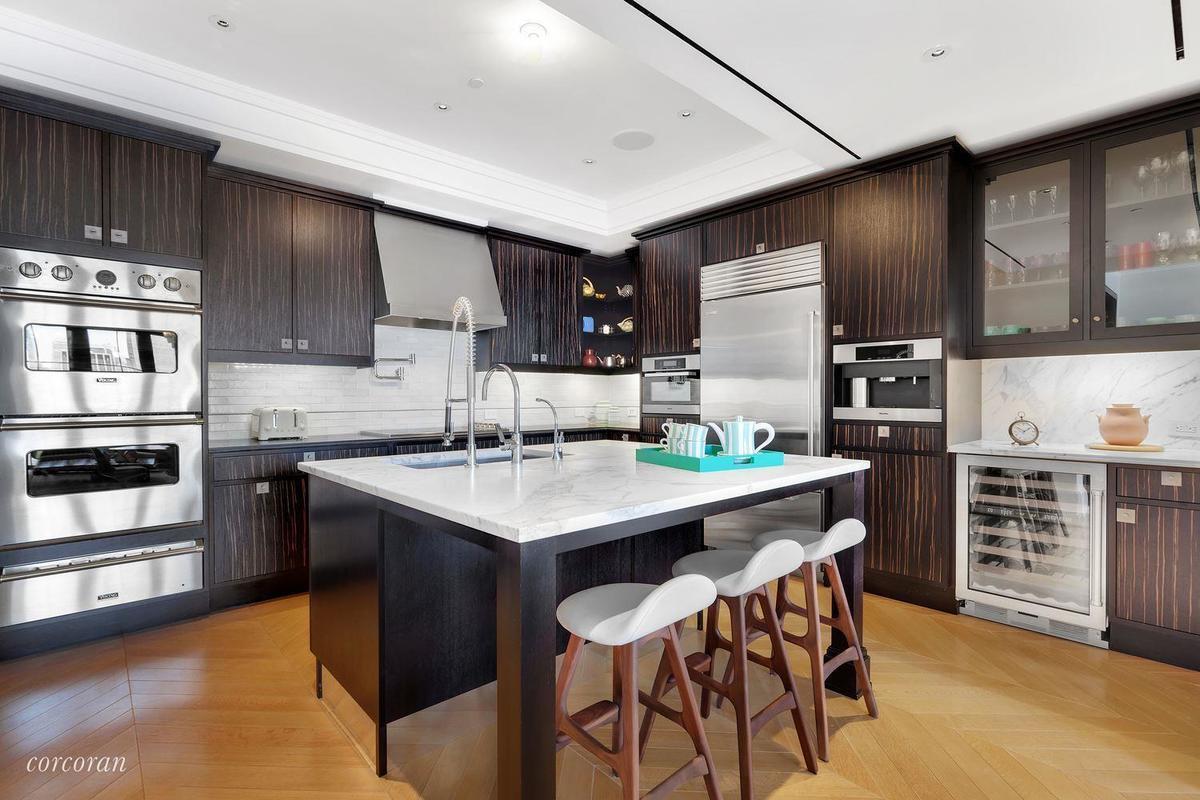 The kitchen is all custom.
Corcoran 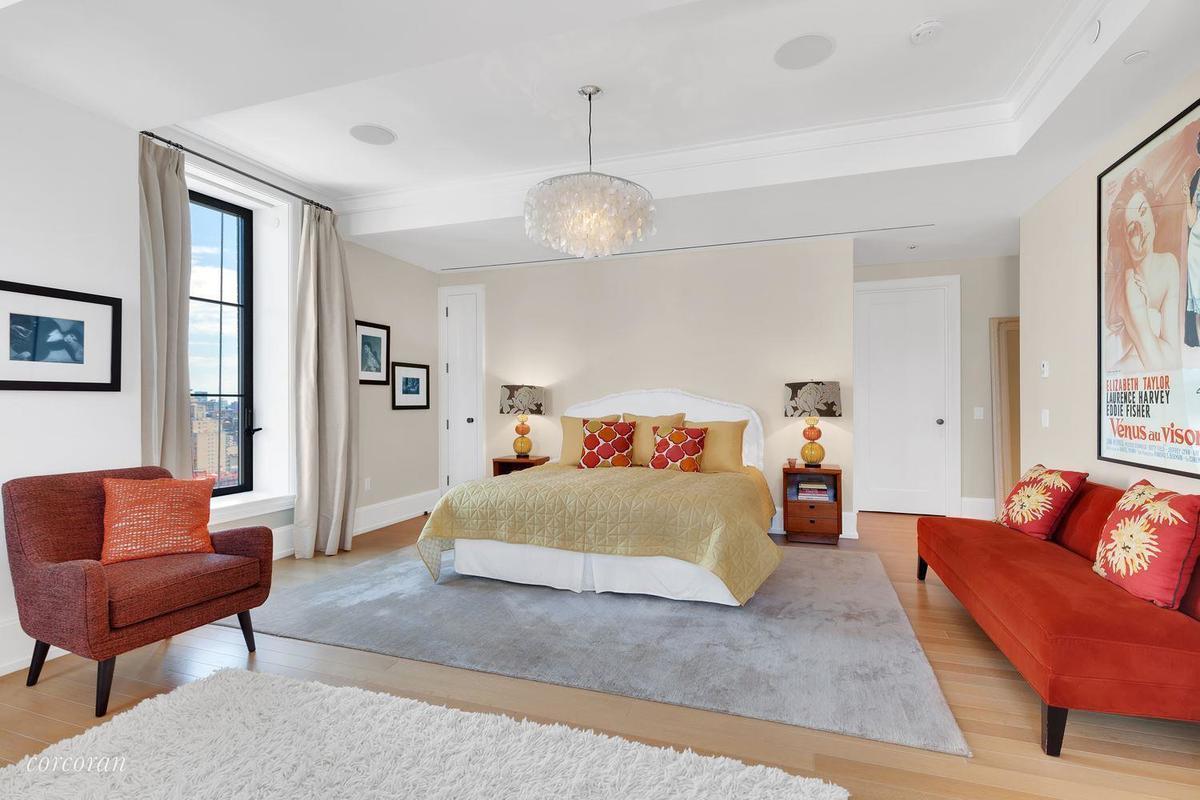 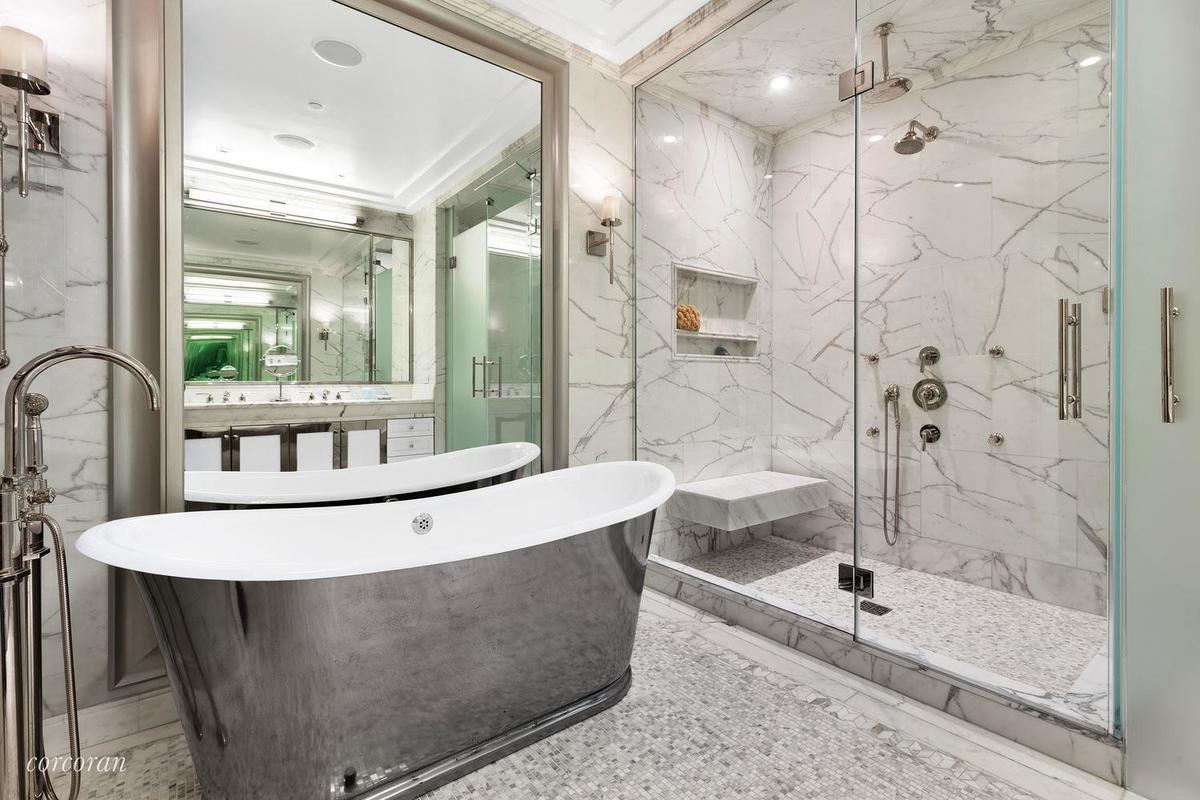 The master bath is incredible.
Corcoran 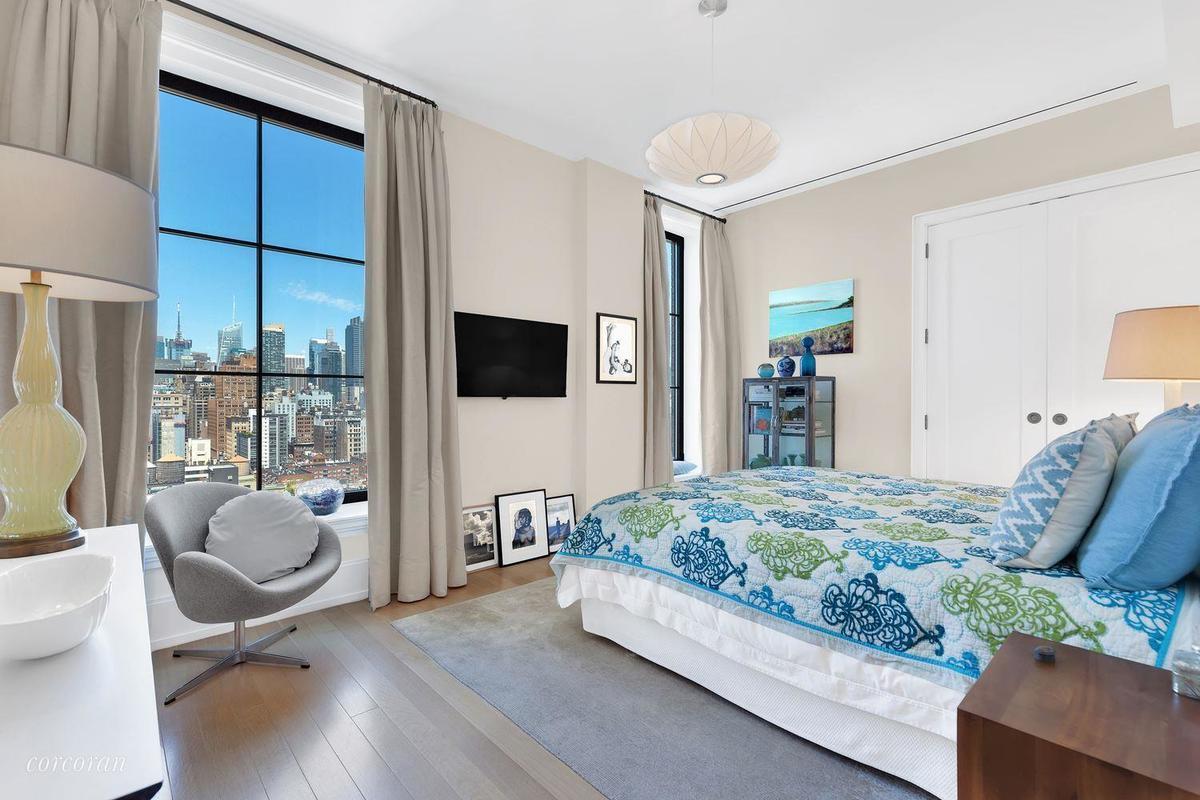 The secondary bedroom is quite nice, too.
Corcoran 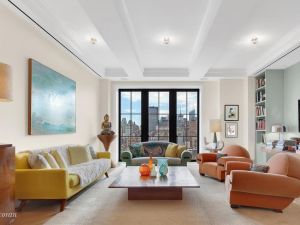 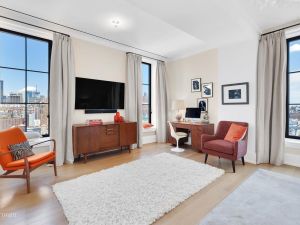 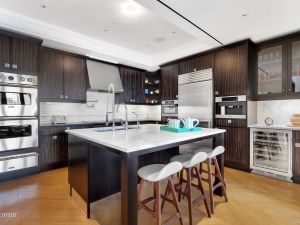 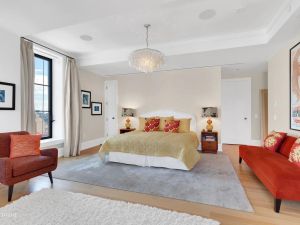 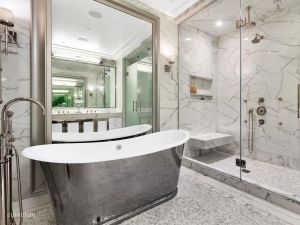 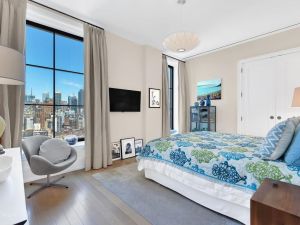 The French-born founder of the eponymous make up line has listed her two-bedroom, 2.5-bathroom condo at Walker Tower. Mercier was one of the earlier buyers in the building, upon its conversion into condos.

Mercier is now planning on spending time focusing on her business in France, as she told the Wall Street Journal, and so her sleek 2,168-square-foot condo is now for sale with an $11.15 million price tag attached. That’s quite a bump from the $5.91 million Mercier doled out for her unit in 2013.

Mercier’s apartment at 212 West 18th Street features floor-to-ceiling windows in the living room, as well as hand laid French herringbone oak floors throughout. The custom kitchen is fitted with marble and limestone countertops, as well as Miele and Viking appliances, per the listing held by Corcoran broker Vickey Barron.

The corner master suite has double exposures and four closets, two of which are walk-ins, and the master bath has a cast iron tub, steam shower and Waterworks fixtures. All the bathrooms have custom marble details, and the second bedroom also has an en-suite bath. The high-profile building has attracted a number of celeb buyers—Cameron Diaz reportedly bought an apartment in the building, and it’s rumored Harrison Ford and Katie Holmes did, as well.

Mercier isn’t leaving New York altogether, though. She told the WSJ she’s simply looking for a smaller abode in the city, to use as a pied-à-terre. And it’s not like she’s lacking in residences…she has three homes in France; two in Paris and one in Provence.