The neighborhood located directly between Hell’s Kitchen and West Chelsea isn’t exactly known for its vast array of fine dining options. But with the impending arrival of the Hudson Yards development, that will all be changing. And while it will definitely be a while until there’s a larger selection of chic eateries in the area, one restaurant is coming sooner than you think—maybe even by October.

The restaurant, Legacy Records, named in honor of the recording studio once located there, is sure to be one of the most-wanted reservations next year—at least if the impressive team collaborating on it is any indication. The Delicious Hospitality project is a collab from the Charlie Bird and Pasquale Jones teams, including chef Ryan Hardy, sommelier Grant Reynolds, wine director Robert Bohr and wine director Avrid Rosengren, as well as Please Don’t Tell’s award winning bartender, Jeff Bell. This pretty much guarantees success, or at least some very serious buzz.

Plus, the whole place, which will occupy the bottom two floors of Imperial Companies’ luxury rental apartment building Henry Hall, at 515 West 38th Street, is designed by San Francisco interior designer Ken Fulk—he’s the décor mastermind behind spaces like Leo’s Oyster Bar and Sequoia Room. He also counts Sean Parker and Instagram’s Kevin Systrom as clients—as well as an anonymous billionaire who hired Fulk to design a private jet.

Fulk is designing the interiors of the restaurant and the building. For Legacy Records, he noted that design details were “inspired by luxury luggage,” per Bloomberg. This apparently translates to teak wood, marble and brass, as well as caramel-colored leather banquettes and charred wood and velvet seats.

The upstairs and downstairs will be two separates spaces, connected by a “dramatic” staircase. The bottom floor will be comprised of an 85-seat dining room, as well as a café opened all day that will focus on tenants and neighborhood residents. The Mediterranean-influenced cuisine will be heavy on the fish and risotto.

Upstairs, one finds a second bar, separated into three distinct areas—the main bar, a wine lounge and an outdoor area, as well as two additional private dining rooms. An entire side of the restaurant has a 120-foot glass will, which they plan to slide open, weather permitting. The snacks upstairs will include lighter bar fare, as well as lots of baked goods in the café.

And of course, there’s a focus on drinks. Bell and Rosengren are working on a 250-bottle wine list, including a serious selection of unique vinos, as well as cocktails. While the downstairs will have more of a classic feel with cocktails, the more experimental drinks can be found upstairs. There’s also going to be a rare spirits list.

Legacy Records is expected to open this fall, and for at least some time, it’ll be one of the only (if not the only) restaurant to open in the area. But not for long, as Thomas Keller is expected to have not only a Bouchon Bakery, but also a restaurant on the fifth and sixth levels of Hudson Yards. Chic Greek seafood eatery Estiatorio Milos is also opening on the fifth and sixth floors, opposite Keller’s restaurant, while David Chang and Cipriani both plan on opening restaurants in the development. For now, Legacy Records is here to fill that restaurant void in the neighborhood that was formerly a culinary wasteland. 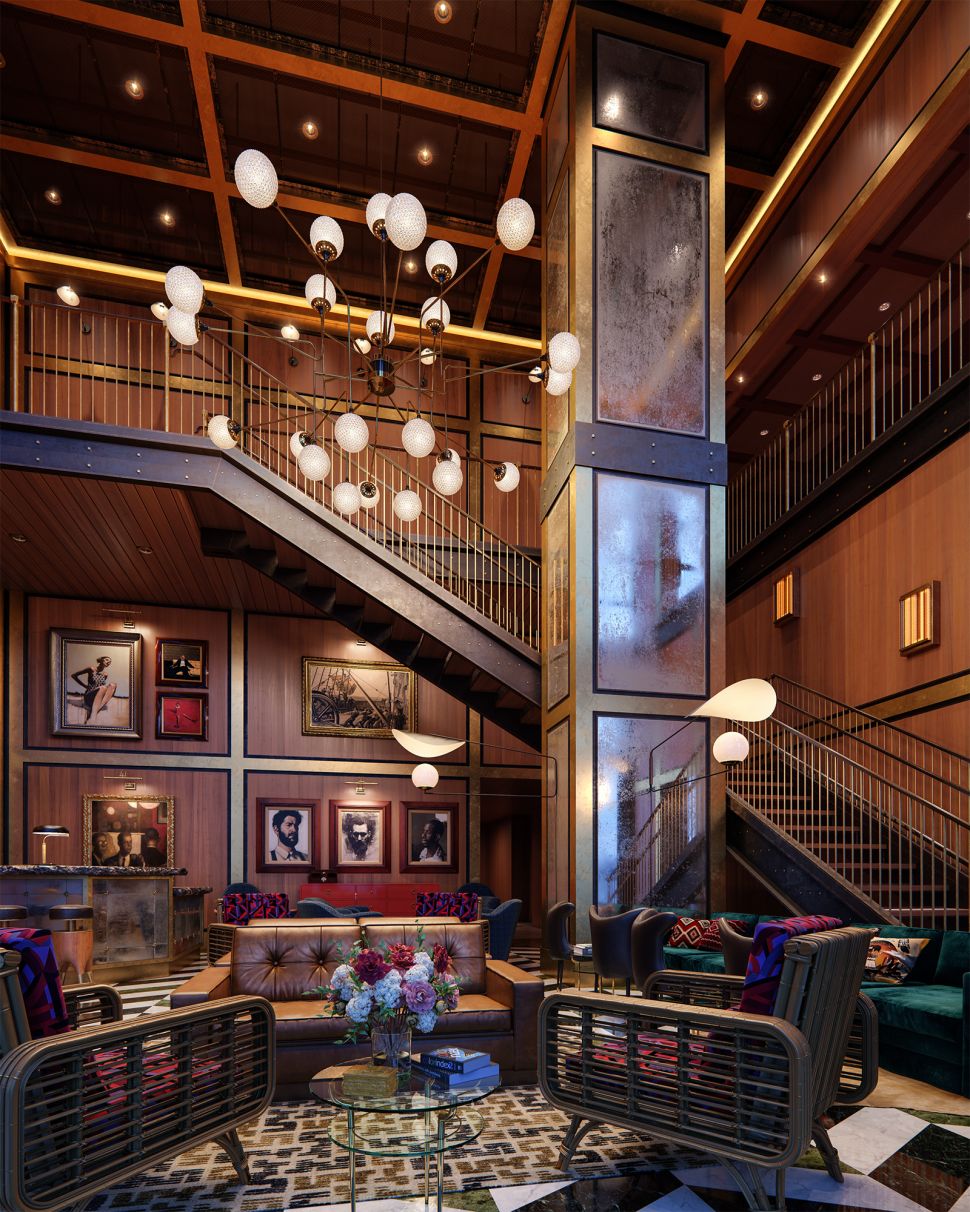