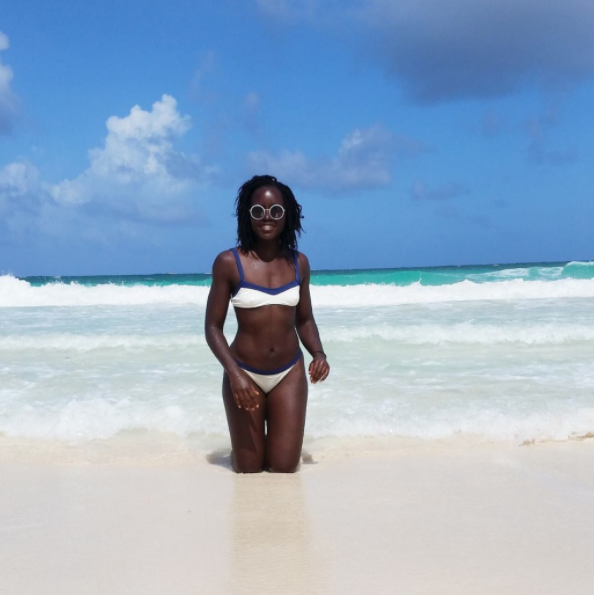 Lupita Nyong'o just came back from the most luxurious trip to Mexico. Scroll through to see the lavish resort where she stayed.
Lupita Nyong'o/Vogue 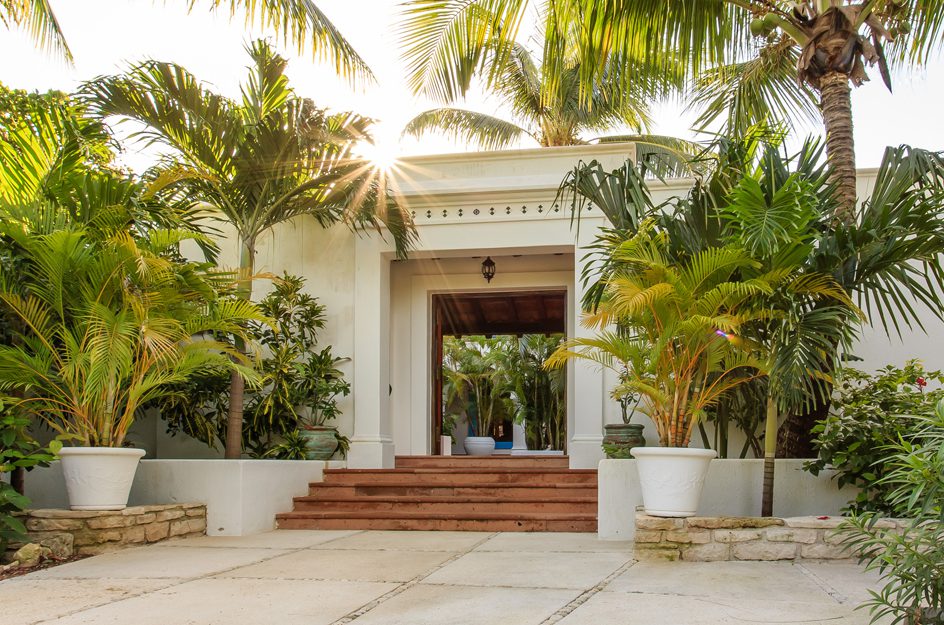 The hotel was originally built as a private residence for an Italian duchess.
Hotel Esencia 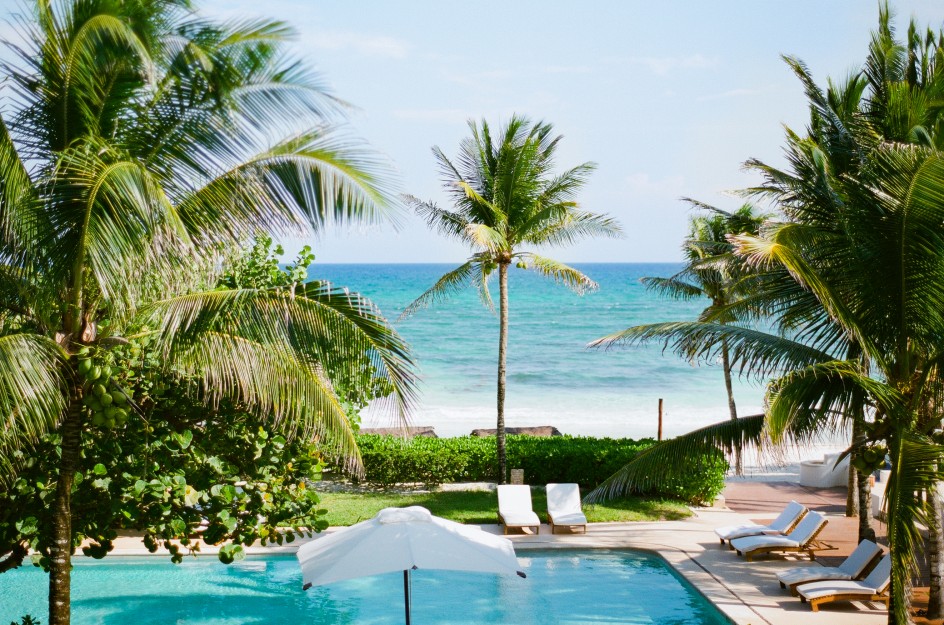 The view from one of the suites in the main house.
Hotel Esencia 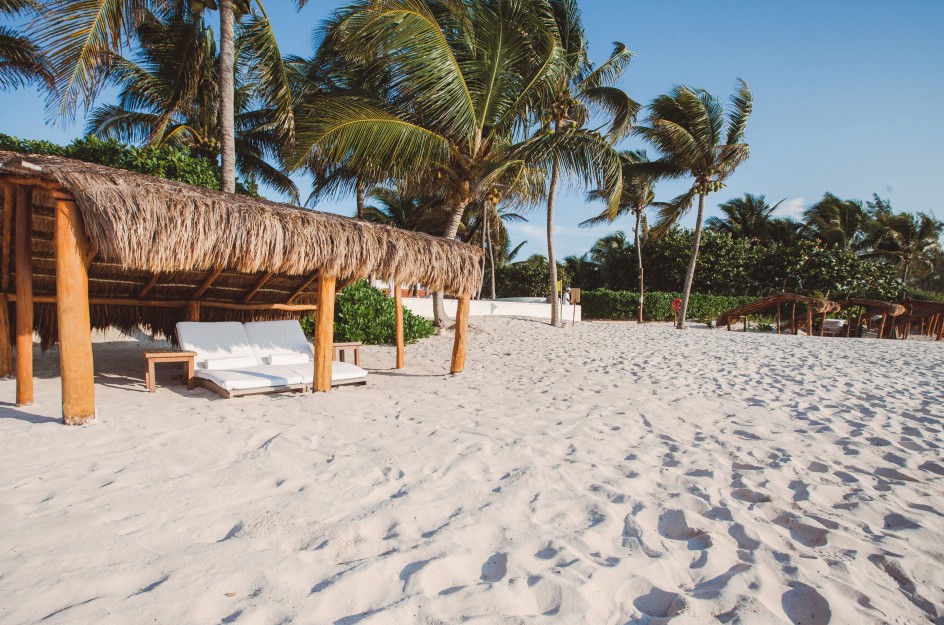 The hotel is on 50 acres of land.
Hotel Esencia
Advertisement 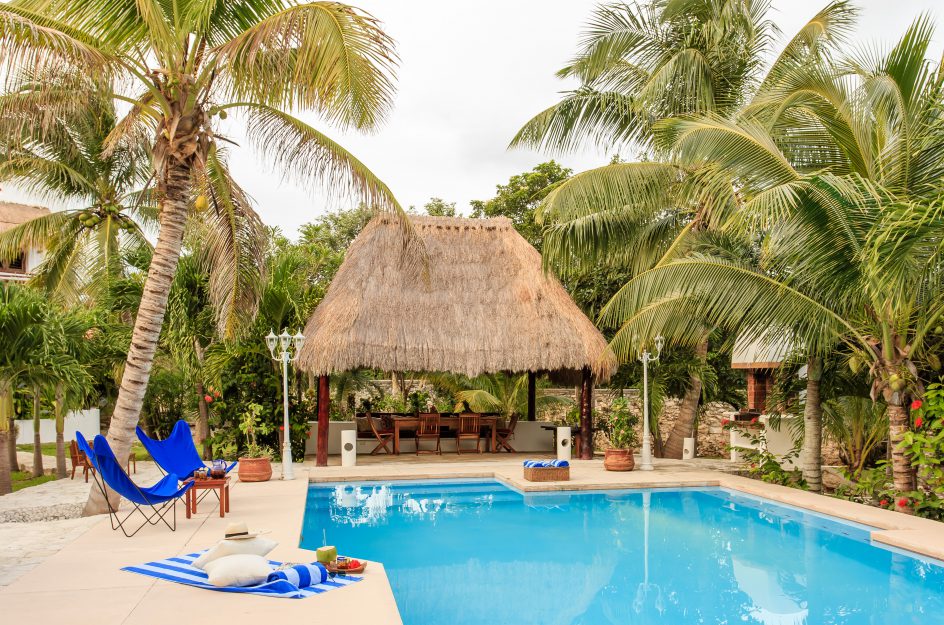 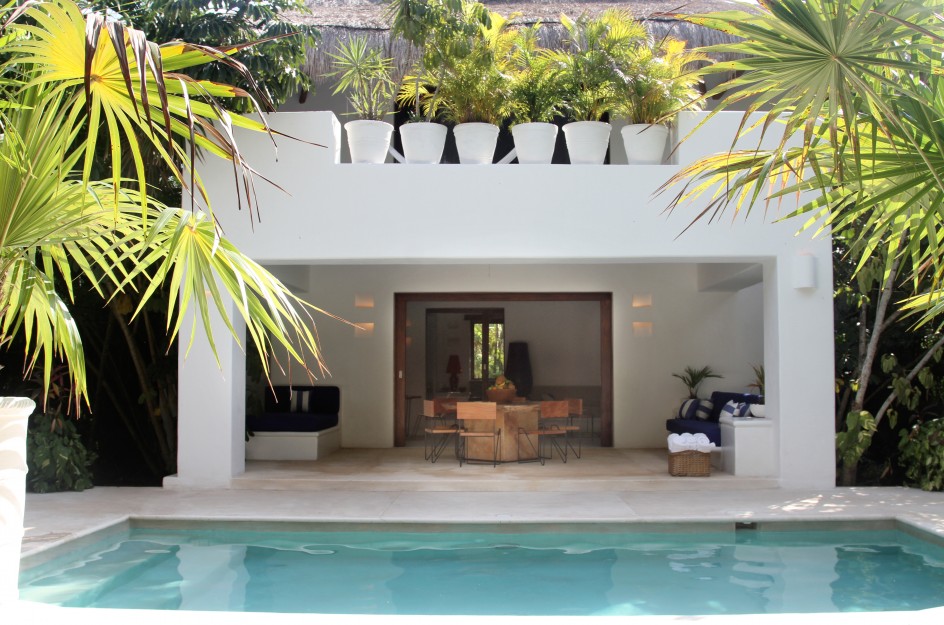 A peek into one of the villas.
Hotel Esencia 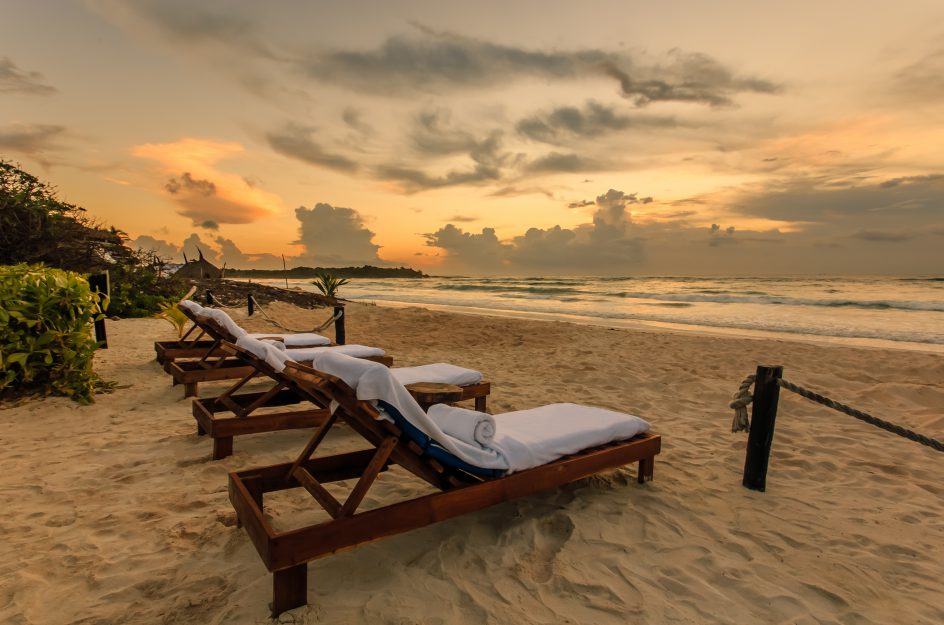 The Oscar winning actress brought a group down with her.
Hotel Esencia
Advertisement 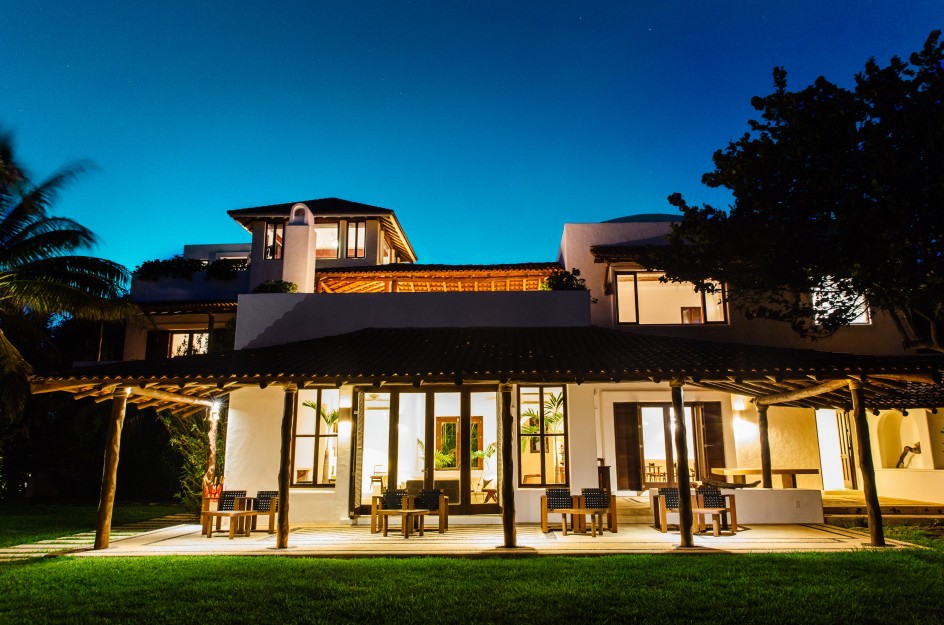 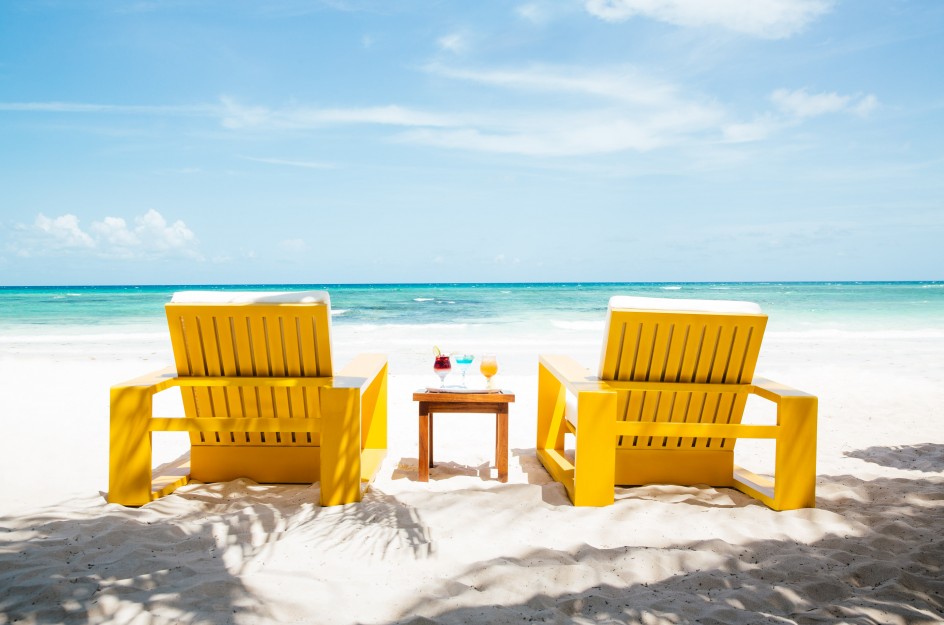 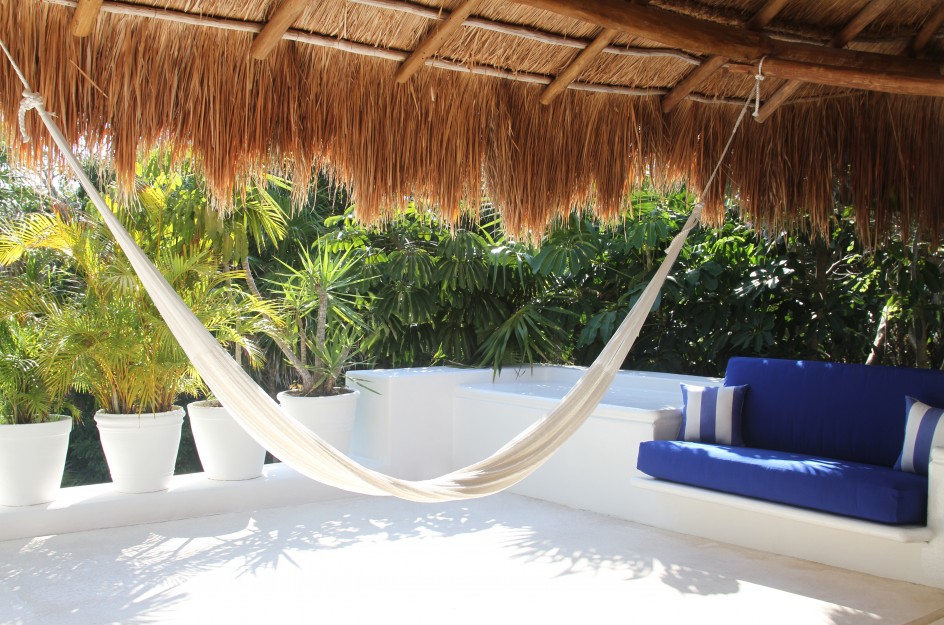 Some of the villas have private outdoor areas.
Hotel Esencia 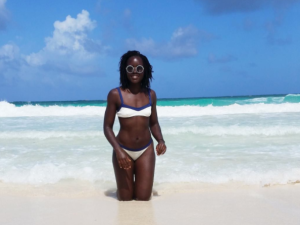 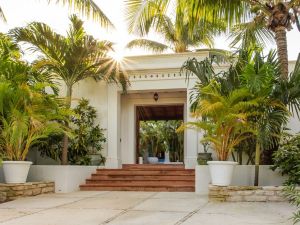 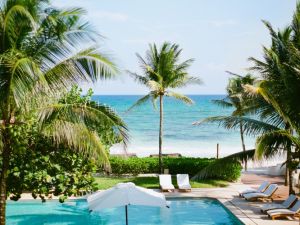 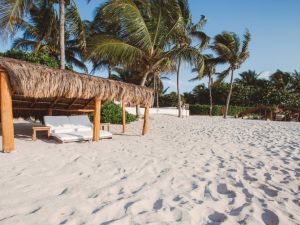 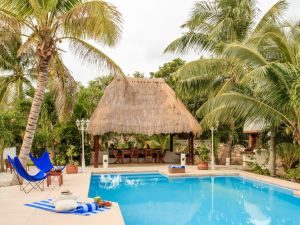 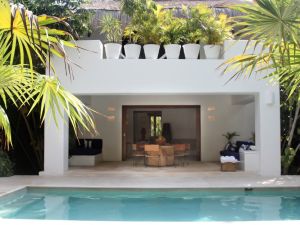 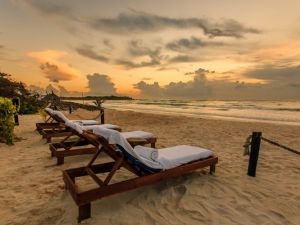 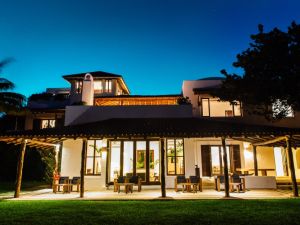 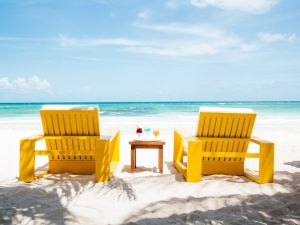 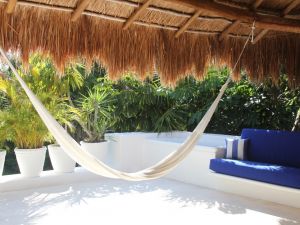 It’s no secret that celebrities love flocking to Mexico for glamorous vacations. While Cabo has long been the favorite of stars like Jennifer Aniston and Gwyneth Paltrow, Tulum has rapidly risen in popularity, with visitors like Sienna Miller and Cara Delevingne. But there are other luxe spots elsewhere in Mexico that aren’t so overrun.

Nyong’o, who was born in Mexico City, recently returned from a relaxing stay at the hotel. The 50-acre resort was originally built as a private home for an Italian duchess, before it was converted into its current state as a boutique luxury hotel. The Mayan Riviera hotel is located right in the middle of Tulum and Playa del Carmen, surrounded by pristine white beaches. 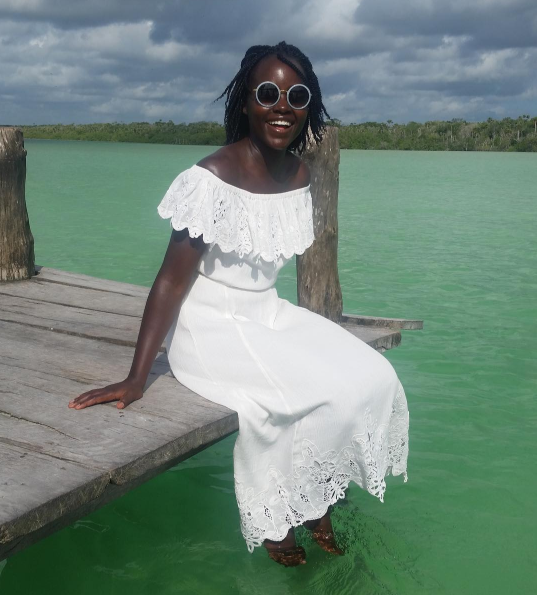 The hotel has multiple restaurants to choose from, including the Pool Restaurant, Garden Restaurant and Beach Bar—Nyong’o told Vogue she made sure to enjoy some tacos while relaxing on the beach.

The actress also made sure to spend some time in the spa—it’s housed under palapa roofs, and includes a fitness room and juice bar, along with the spa, which has services like massages, facial and healing treatments. There’s even the option for yoga and meditation classes.

It’s not clear which of the rooms the actress stayed in for her trip, but perhaps she chose one of the villas. There’s the jungle suite with plunge pool, which has its own “rain-like shower room,” or perhaps one of the two-story pool villas, which have multiple terraces, a media room and a private courtyard with hammocks, a full-size private swimming pool and “entertaining furniture.” 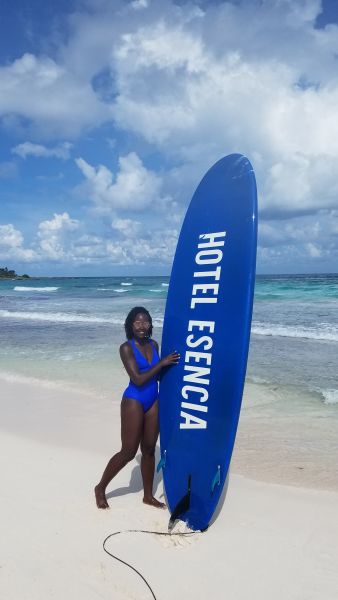 The most lavish of all, though, is definitely the Villa Yum-Ha, a “colonial-style” abode on its own 15-acre property, adjacent to the hotel. Nine people can stay in the three-bedroom villa, which would make it perfect for a group trip. It comes with a private butler, cook and house keeping services, and there’s even a beachfront cabana, which can accommodate an additional four people.

But for those who prefer to stay in suites, there’s the Main House, which lead to the 29 rooms—options include the Garden Room, Garden Suite, Ocean Suite and Master Suite.

Nyong’o didn’t limit their activities to just staying at the hotel, though—she visited the beaches of Tulum, approximately half an hour away, and went for a boat ride and to the Sian Ka’an Biosphere Reserve. She also took a cue from former first lady Michelle Obama and gave paddle boarding a try. Perhaps the former first family should consider the hotel for their next luxe getaway…