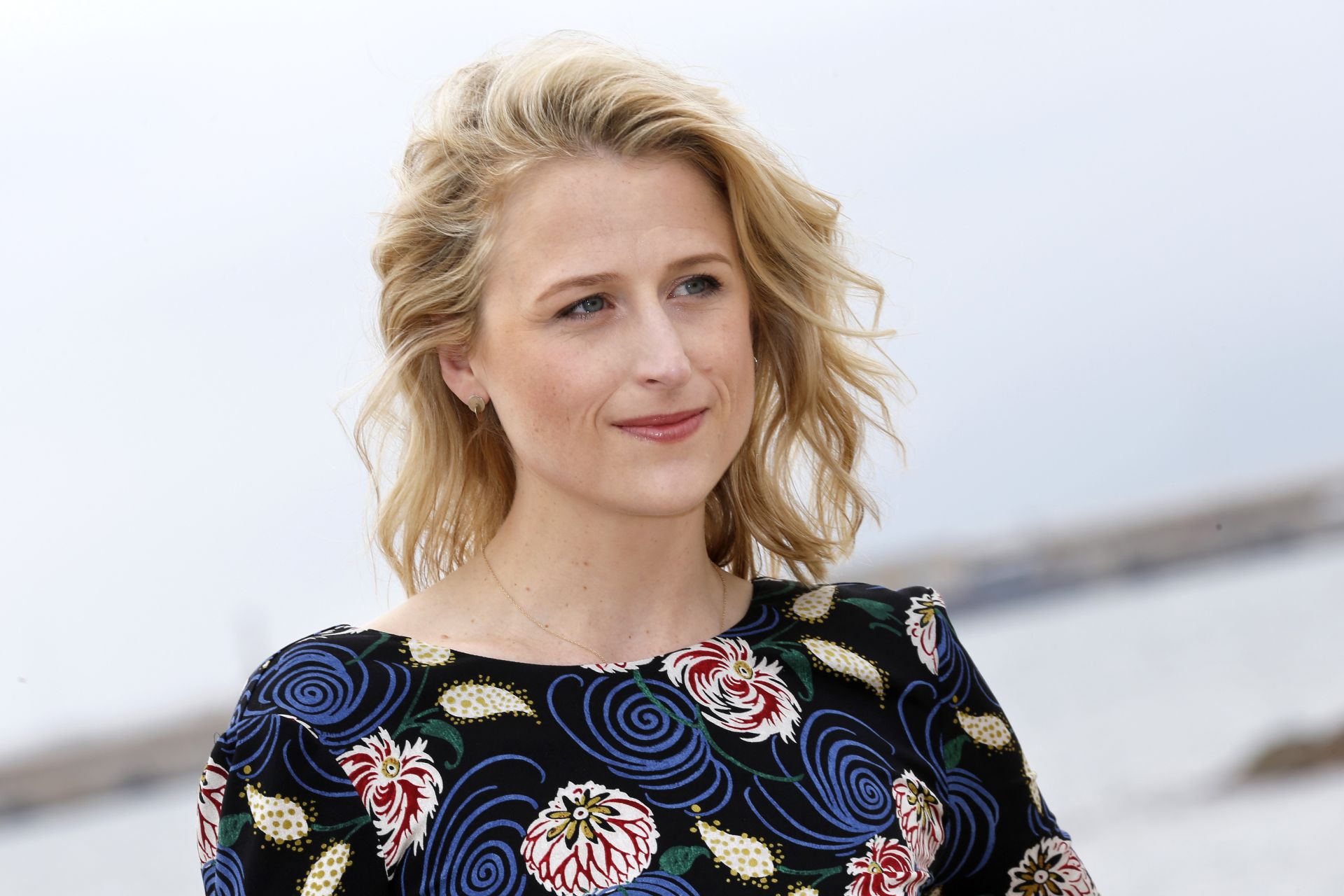 Mamie Gummer is listing her two-bedroom Chelsea apartment. Scroll through to peek inside.
VALERY HACHE/AFP/Getty Images 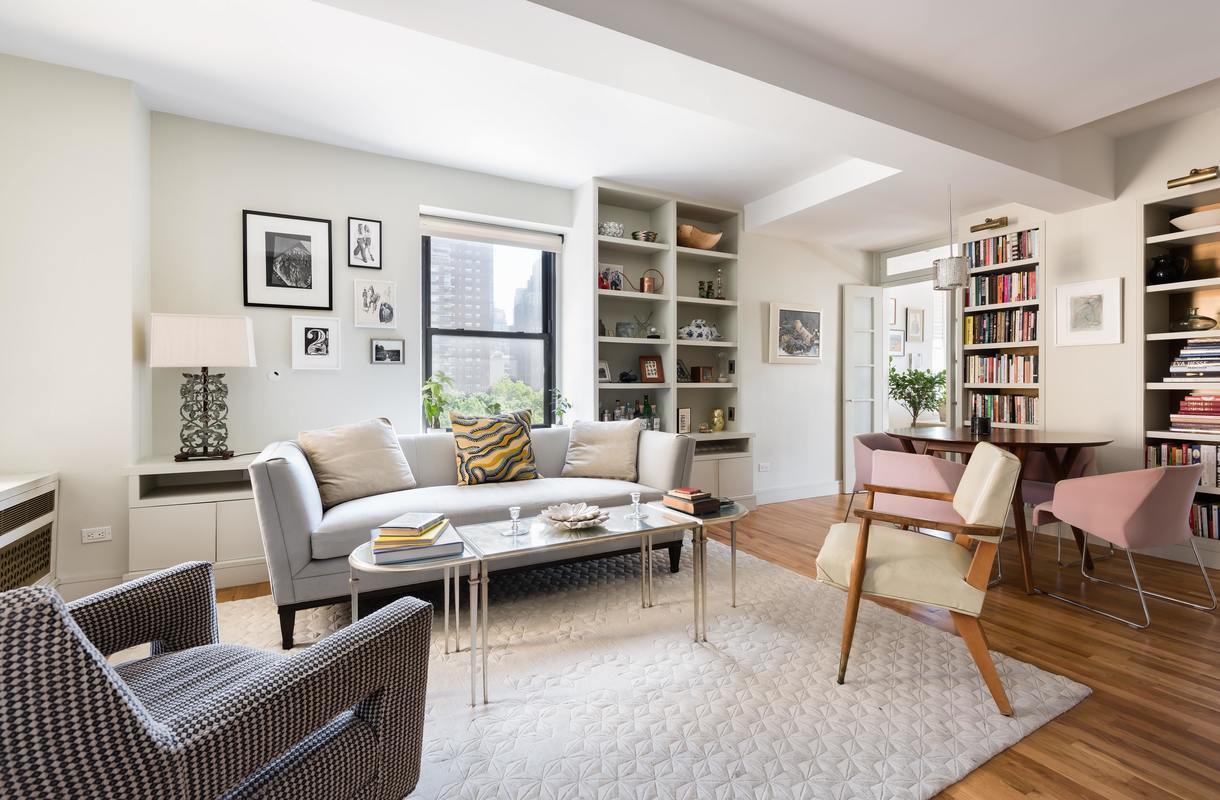 Gummer bought the apartment in 2014, shortly after her divorce.
Brown Harris Stevens 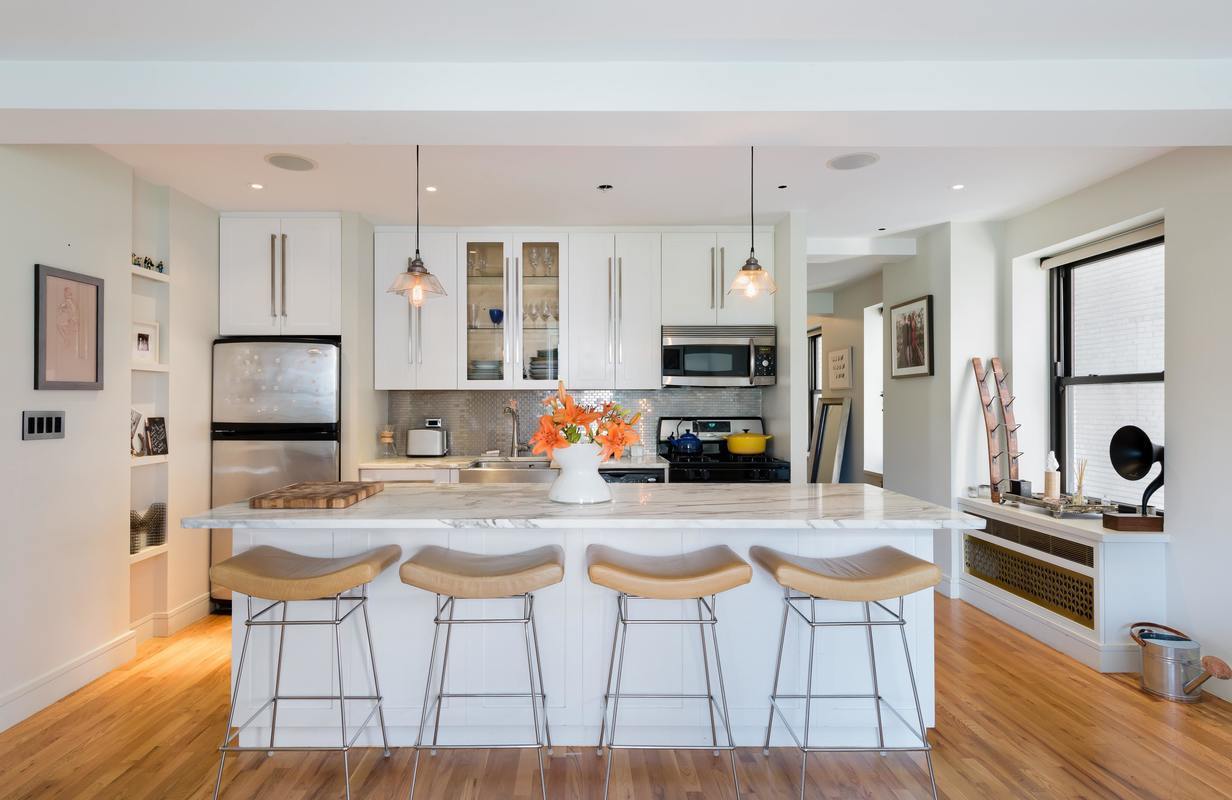 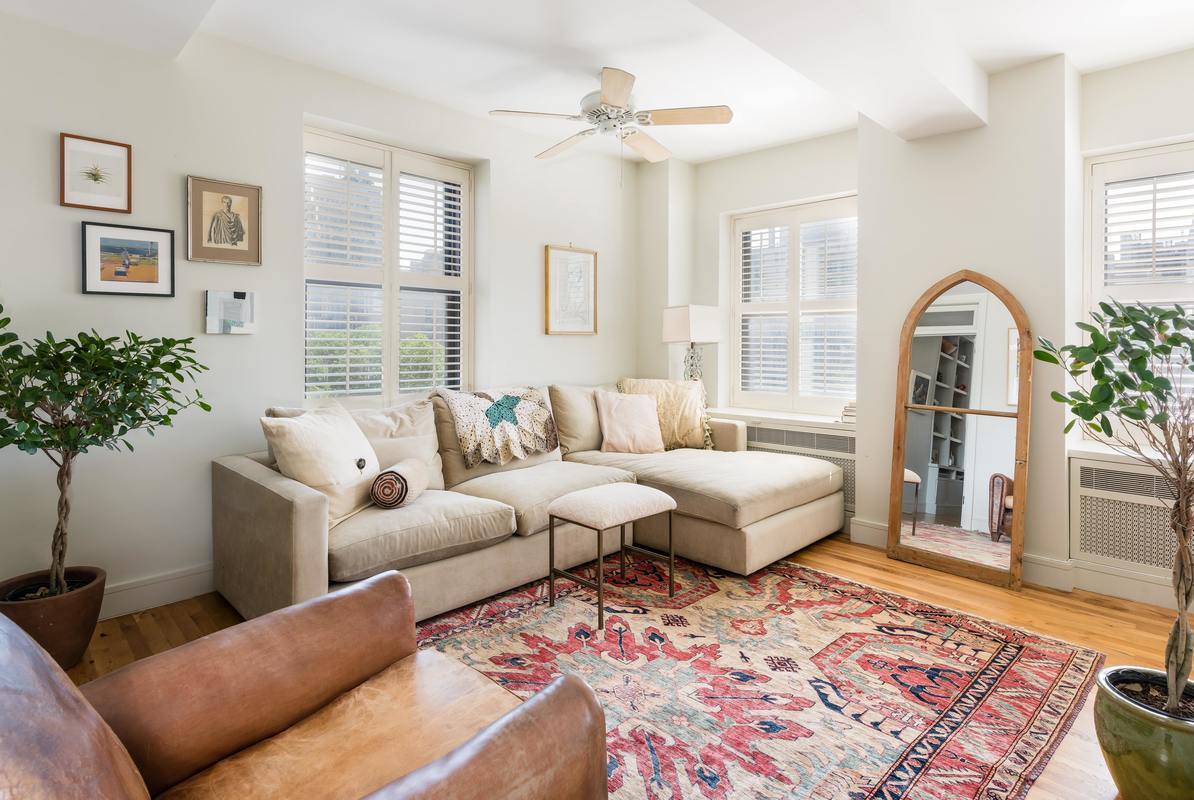 She converted one of the bedrooms into a media room.
Brown Harris Stevens
Advertisement 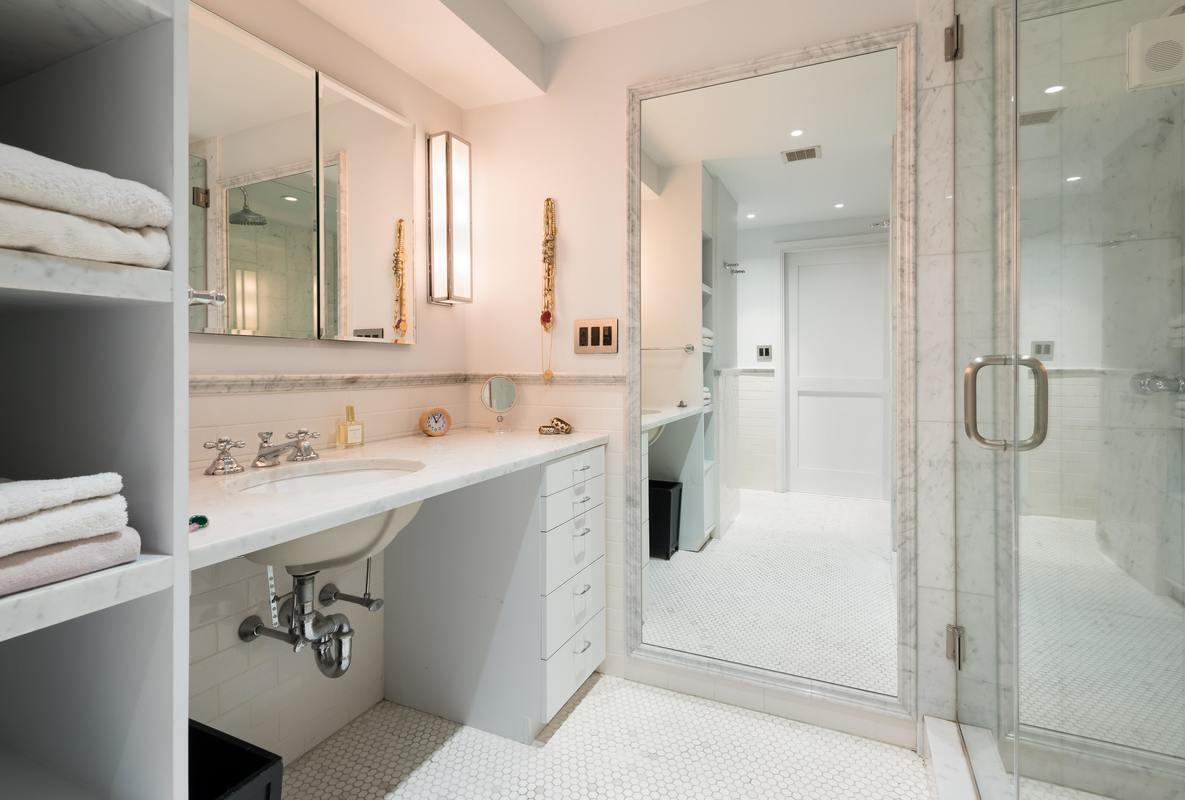 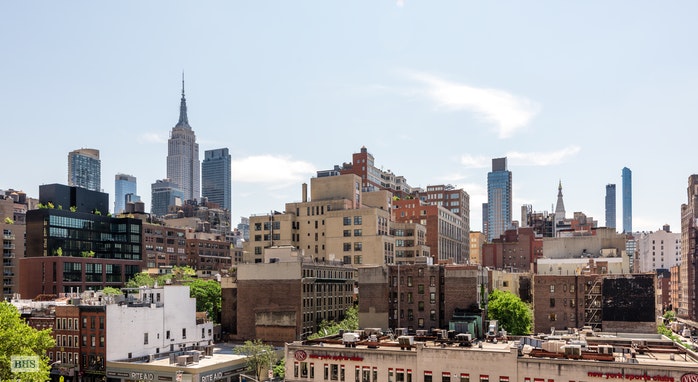 You can see the Empire State Building from every room.
Brown Harris Stevens 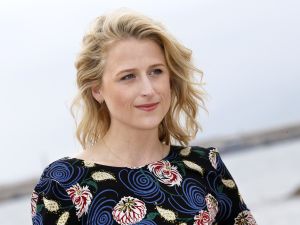 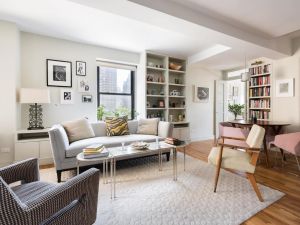 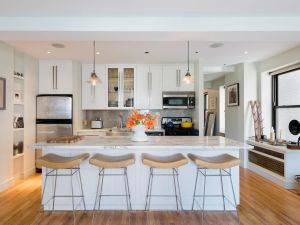 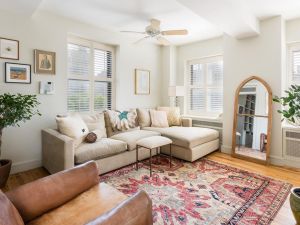 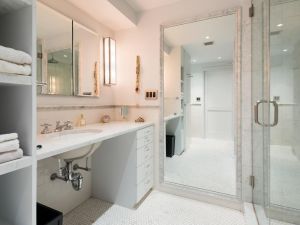 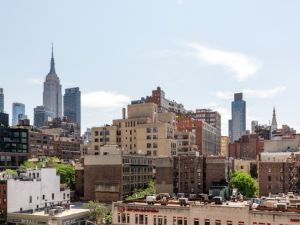 Gummer, who is the daughter of Meryl Streep and Don Gummer, bought the two-bedroom, two-bathroom apartment at 315 West 23rd Street around three years ago, in 2014, for $1.75 million. The actress, known for her roles in The Good Wife and the short lived Emily Owens, M.D., purchased the co-op shortly after her divorce from actor Benjamin Walker; they’d previously resided in the Brooklyn neighborhood of Park Slope.

The prewar style apartment is configured in an open floor plan, with the living and dining rooms open to the kitchen. It’s an “entertainer and chef’s dream,” per the listing held by Brown Harris Stevens broker Nadine Adamson, as the kitchen is equipped with a large center marble island, stainless steel appliances and lots of custom storage.

The home, which Gummer is listing for sale for $1.8 million, is the “perfect mix of old world proportions and modern amenities,” with hardwood floors and built-in surround speakers throughout the prewar style abode.

The living room is lined with custom built-in bookshelves, making it “perfect for any collector.” Two sets of French doors lead to the second bedroom, which Gummer currently has set up as a media room off of the main living space, though it also has a walk-in closet. The second bathroom isn’t en-suite, but it does have all marble finishes and a deep soaking tub.

Both of the bedrooms have custom window treatments, while the master suite has a customized walk-in closet as well, which is “perfect for the modern fashionista,” fawns the listing. The marble bathroom has a walk-in shower and vanity.

There are also impressive views, and one can peek out at the Empire State Building from every room in the abode.

But as lovely as this Chelsea apartment is, it hardly compares to Streep’s former Greenwich Village townhouse—the Academy Award-winning actress owned the five-story home at 19 West 12th Street until 2005, when she moved to a Tribeca penthouse, but if anyone’s in the market for a lavish townhome, it’s now listed for sale at $24.5 million.