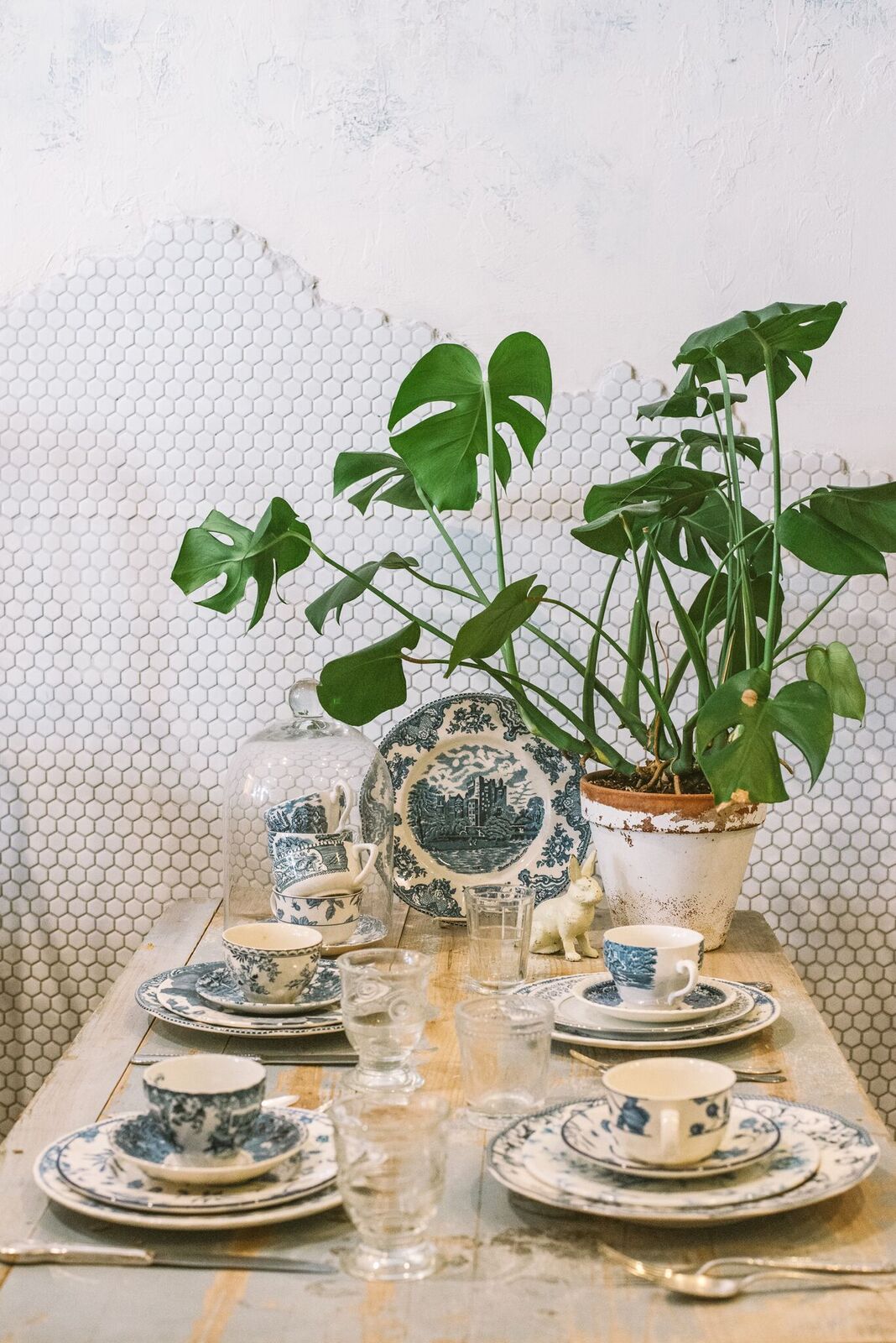 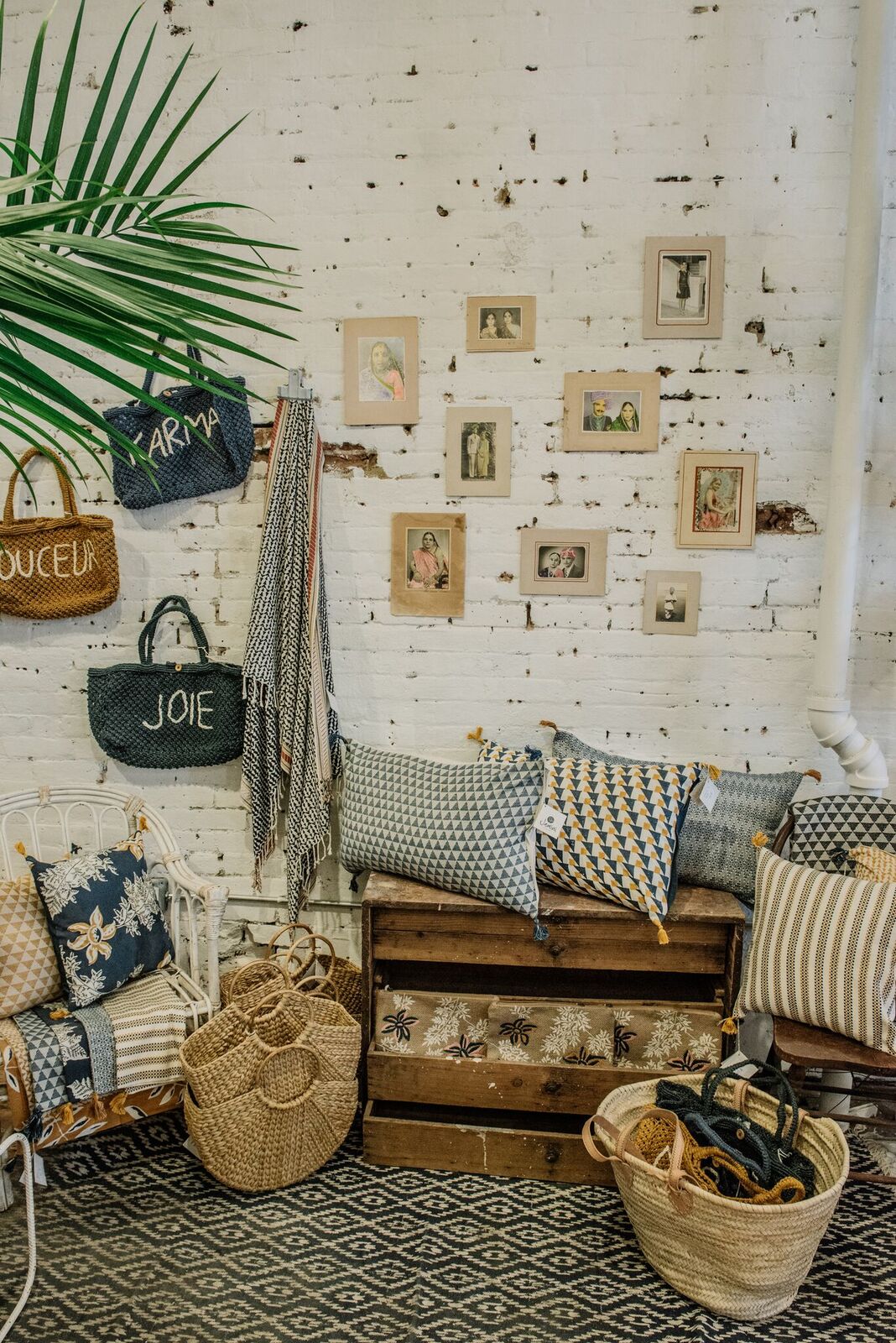 Try giving throw pillows instead of a candle for your next hostess gift.
Courtesy Marché Maman 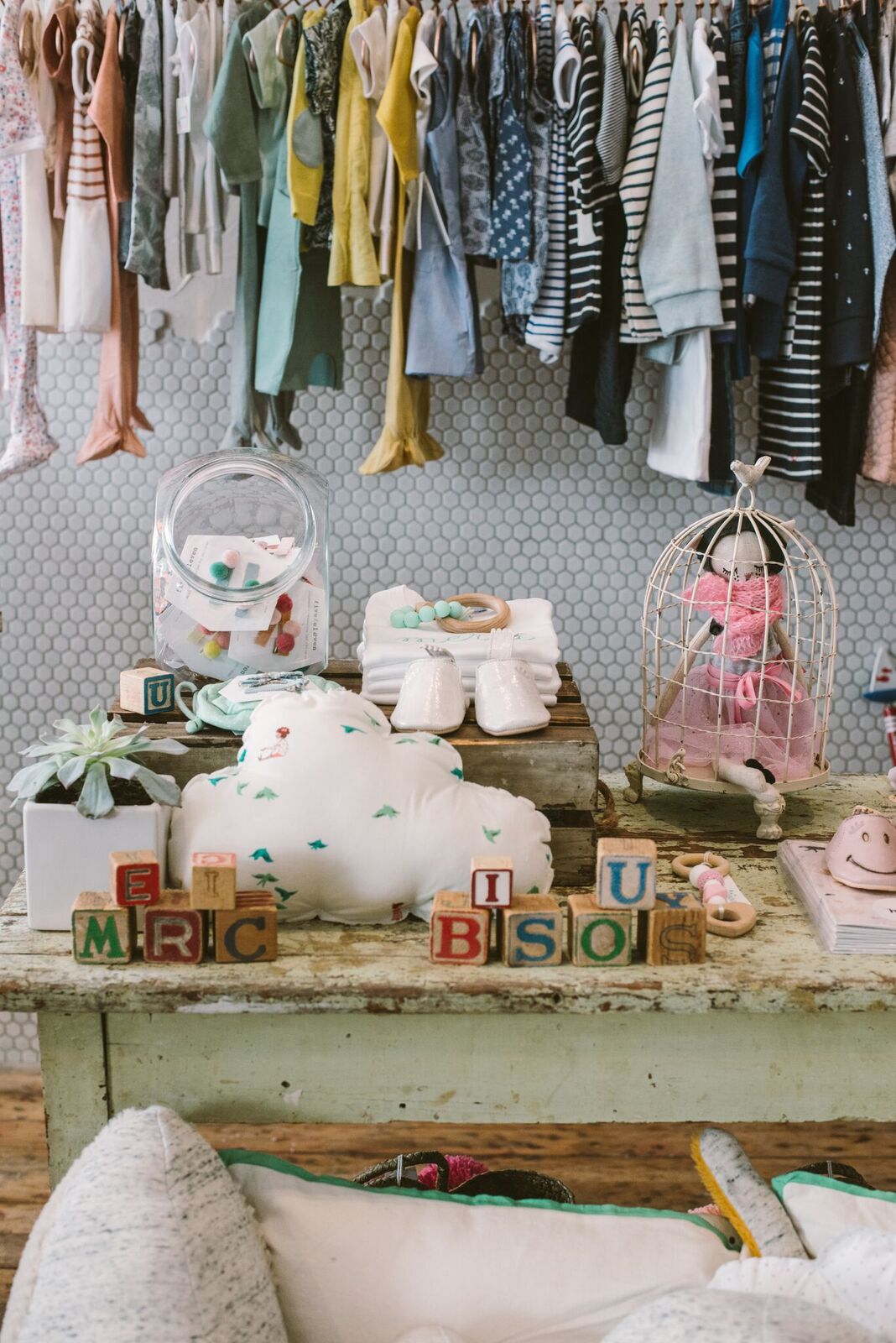 French baby clothes, for millennials who are too afraid to buy baby clothes at a children's store (or don't know where to go to find them).
Courtesy Marché Maman 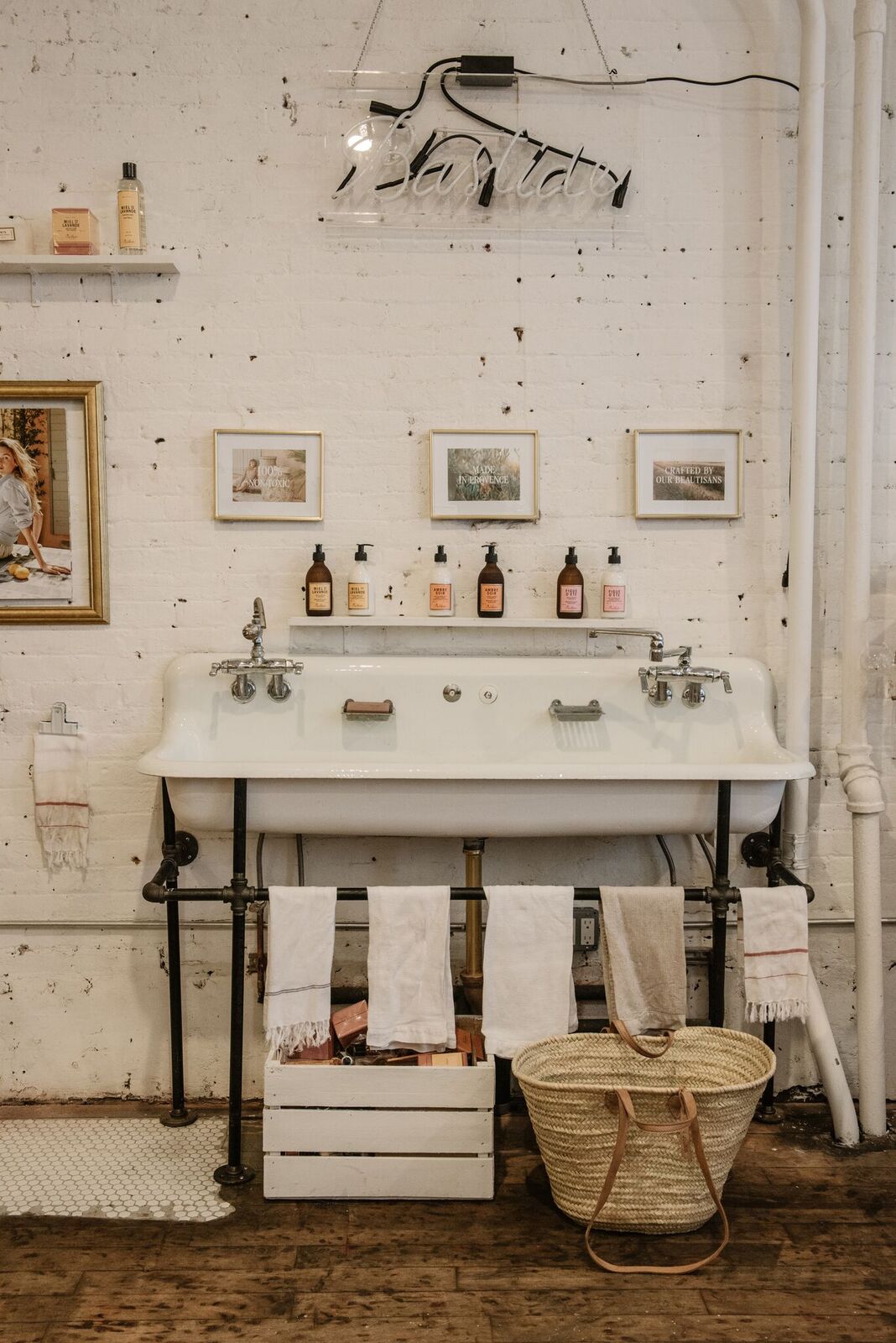 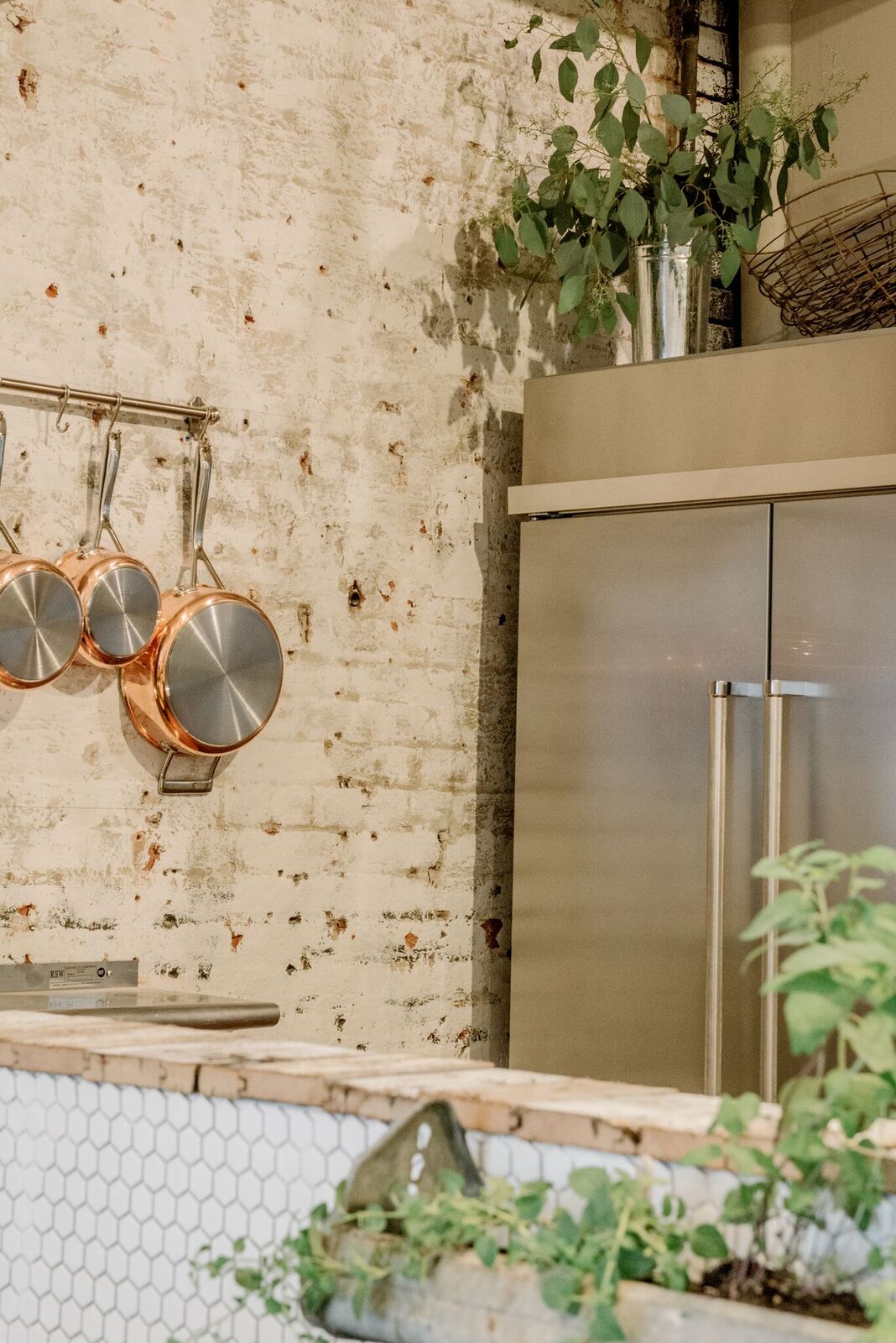 The small kitchen will have guest chefs showing off their recipes and selling their cookbooks, all devoted to entertaining.
Courtesy Marché Maman 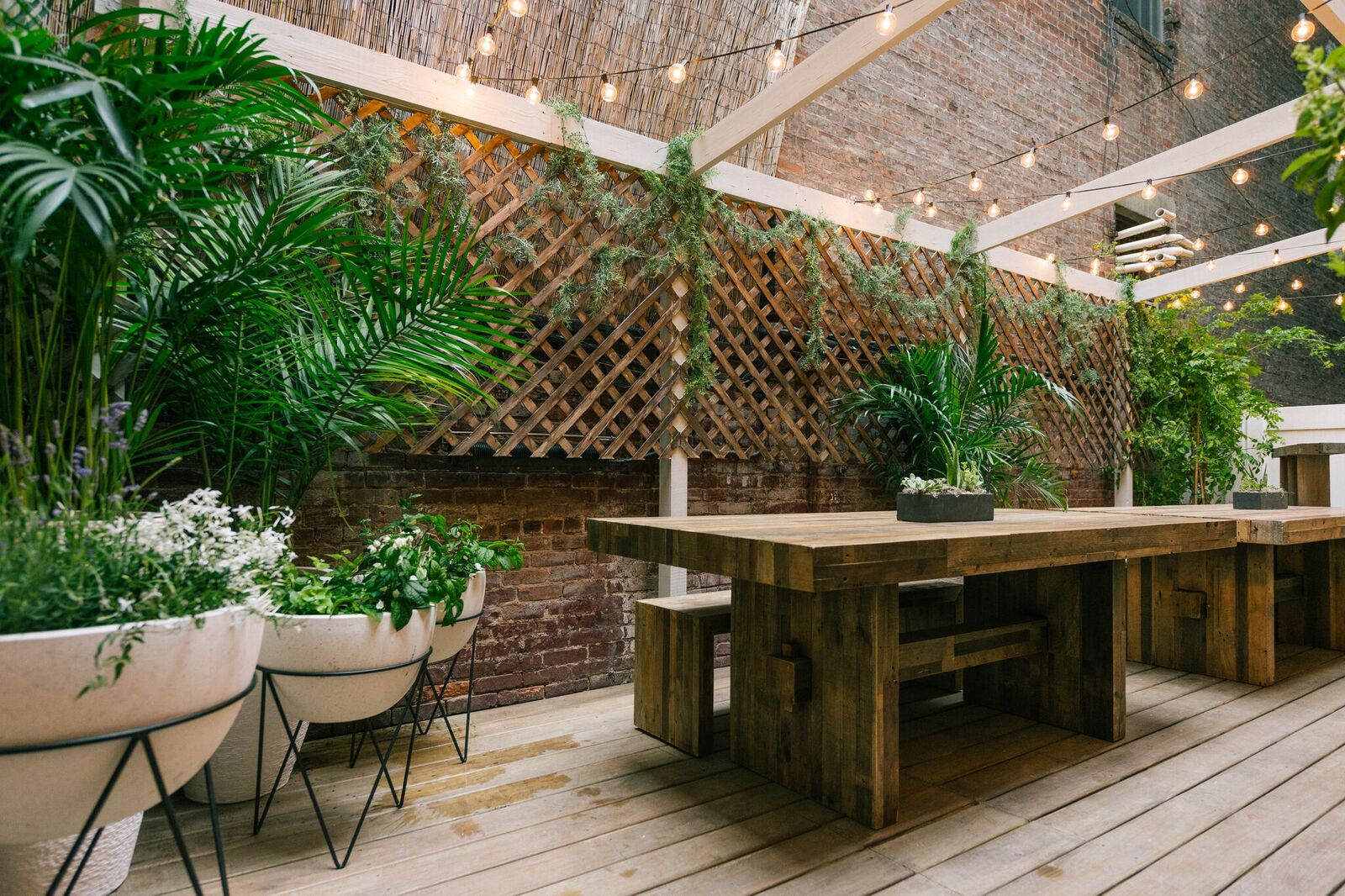 Have your avocado toast in their outdoor space.
Courtesy Marché Maman 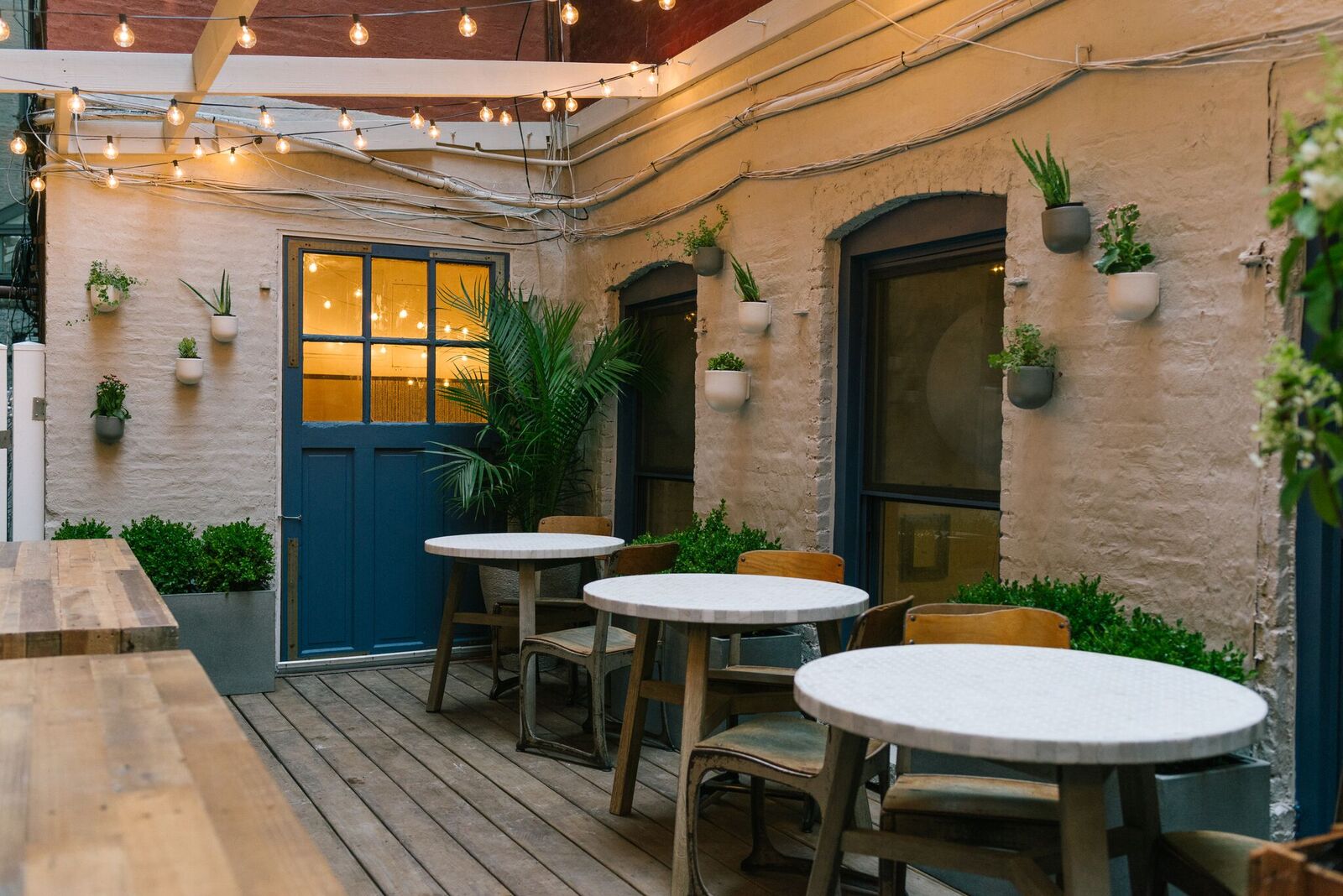 The patio, where chefs can show off their dinner party recipes.
Courtesy Marché Maman
Advertisement 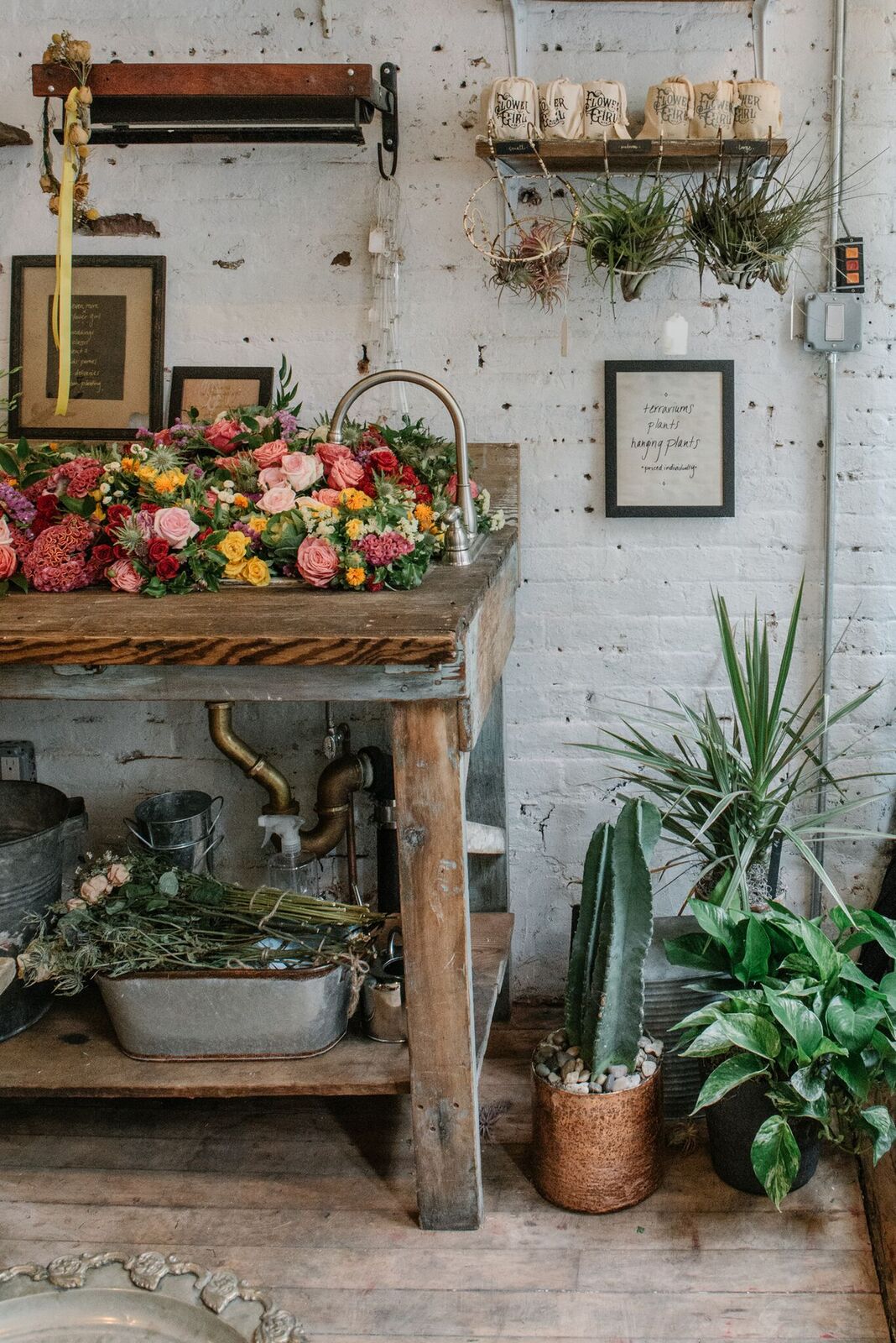 Why fill a tub with ice when you could fill it up with flowers?
Courtesy Marché Maman 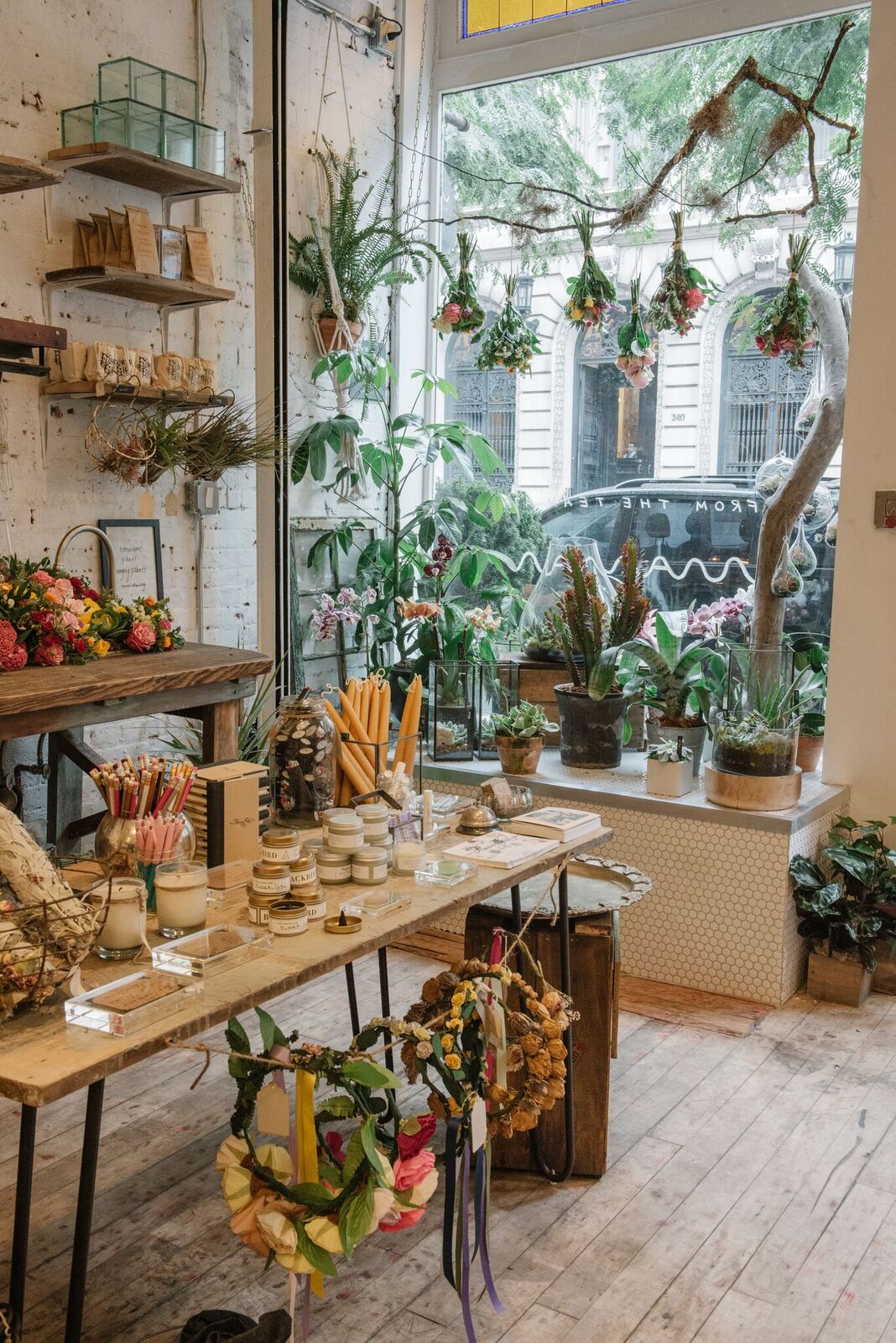 Get your floral arrangement inspiration from The Flower Girl.
Courtesy Marché Maman 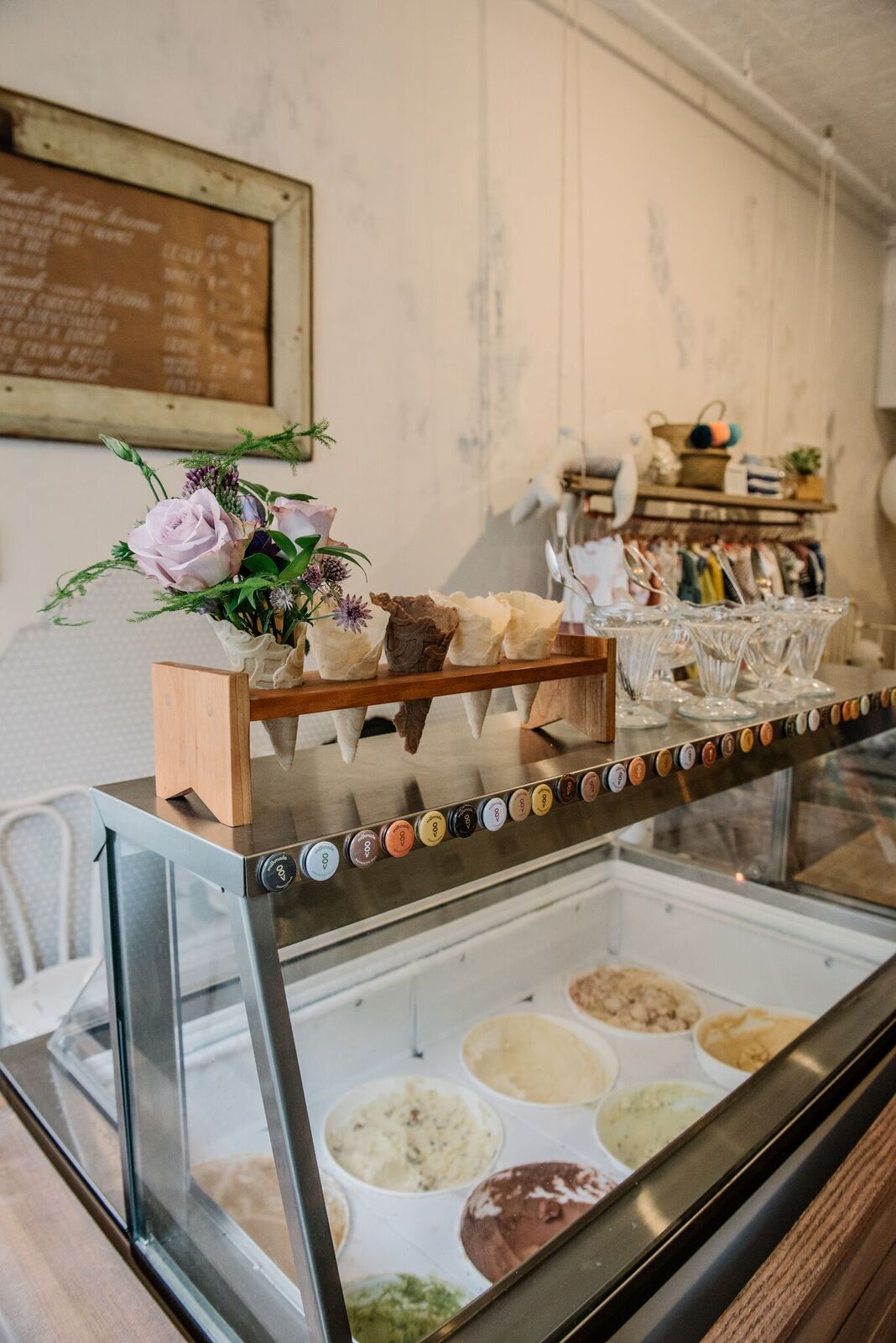 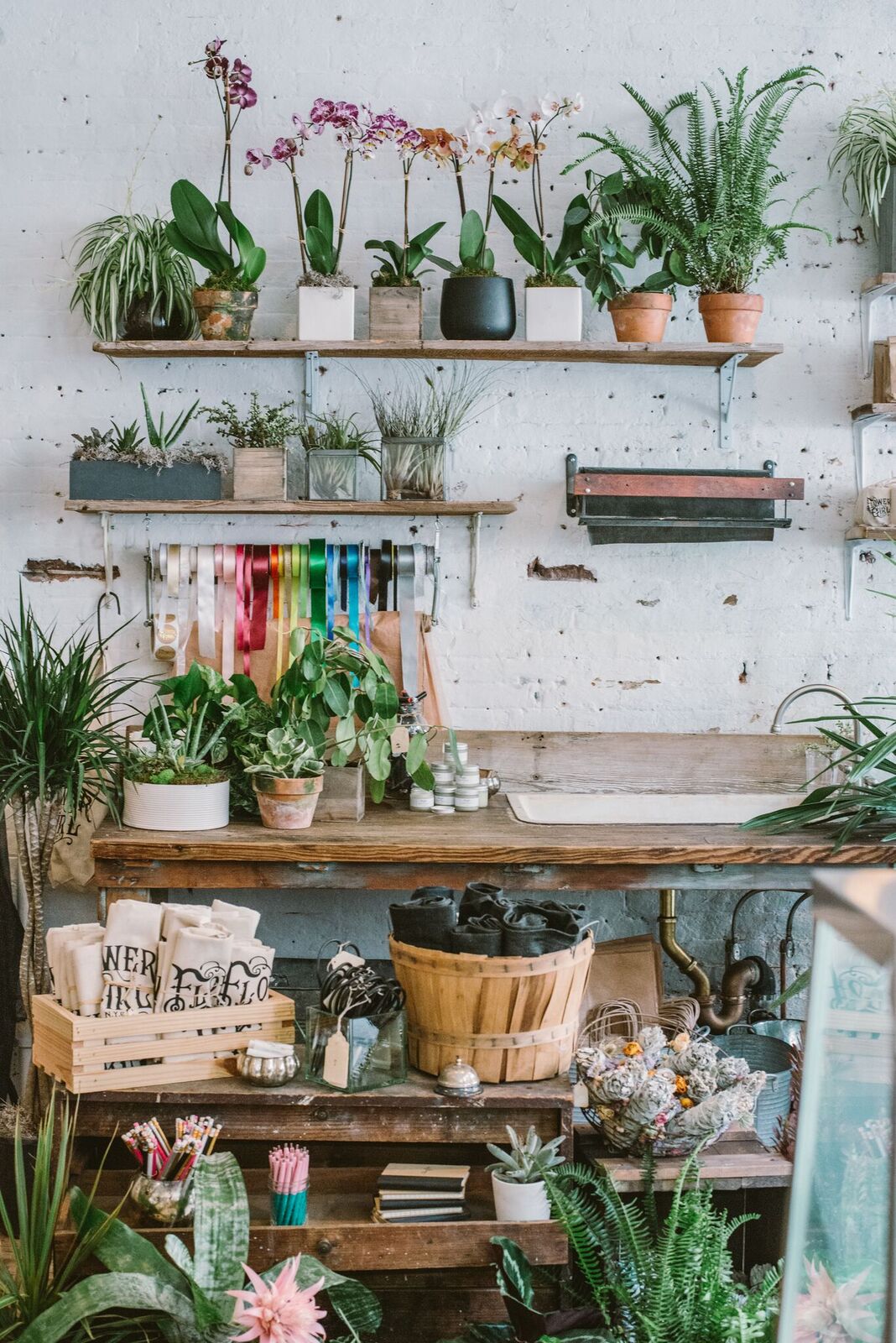 For those who hate (or aren't good at) gift wrapping.
Courtesy Marché Maman 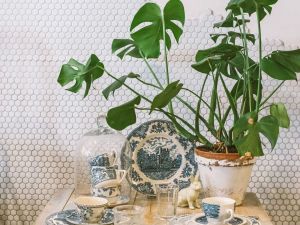 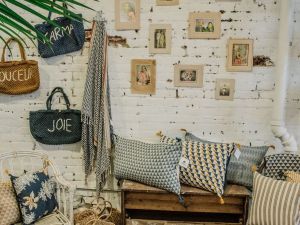 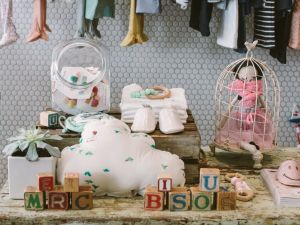 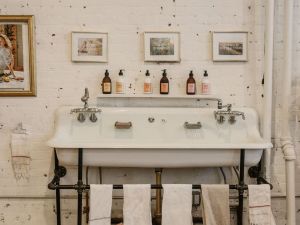 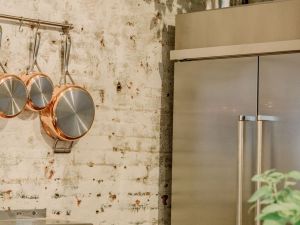 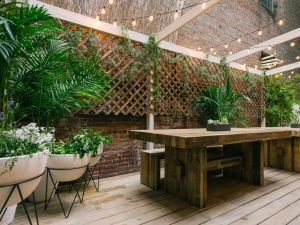 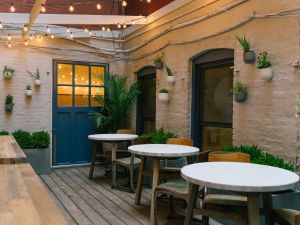 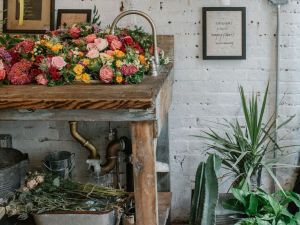 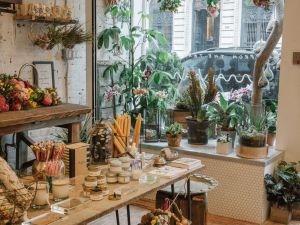 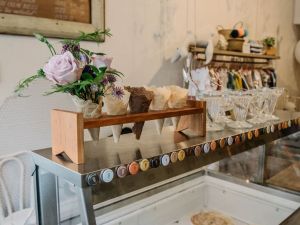 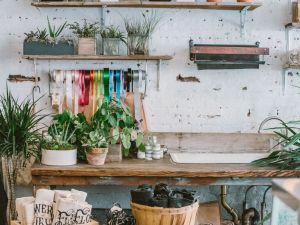 For a certain age bracket, entertaining at home has become far more appealing than yelling over strangers at a crowded bar or making hard to get reservations at a restaurant, especially when your flaky childhood friend inevitably cancels at the last minute. Luckily, the brand new Marché Maman wants to cater to that specific category of plucky, young New Yorkers who eschew packed after-work happy hours for rooftop wine at a friend’s apartment.

“Young professionals in their late 20s and early 30s are now mostly entertaining at home,” Maman’s founder Elisa Marshall told the Observer. She founded the original café with her partner Benjamin Sormonte, after the two met at a club in Montreal when Sormonte lied about who he was. The new space looks just like their TriBeCa loft, with the same color coordinated throw pillows and blue and white antiques.

“It’s so much more relaxed and intimate—you can spend time chatting with your guests without having to deal with noisy, crowded restaurants and bars,” Marshall said about the Marché Maman, which is like Party City for New Yorkers who would never be caught dead in the low-budget soirée shop.

At the regular Maman next door, model types nibble on the restaurant’s notorious D.I.Y. avocado toast. At Marché Maman, the same model types, only older and wiser, can peruse and purchase items for their crafting their own at-home entertainment. The entire store looks like a Pinterest paradise, full of original floral arrangements and housewarming gifts people will actually want, complete with a shared outdoor space for almond milk lattes.

If you hate entertaining, it’s the ideal destination to buy a smart and tasteful gift. There are lotions and potions from Bastide, home goods from Jamini, bouquets courtesy of the Flower Girl, and even tiny French children’s clothing from Merci Bisous, which is perfect if you have to attend a baby shower, but have zero interest in venturing inside an actual kids shop.

For those who don’t entertain and avoid attending dinner parties altogether, a trip to Marché Maman can instead focus on the ice cream from MilkMade.

And if you’re not exactly a homemaker and tend to order on Seamless more than you grocery shop, the store is offering workshops to help you cope with throwing a party. The events focus on everything from how to host a dinner party, including recipes from guest chefs, to wine pairings. You might just decide to stay inside the store instead of leaving—after all, there’s no clean up and you don’t have to decide what to make.