In the new game, titled Mario Kart GP VR, you embody the Super Mario characters like never before. While completely immersed in 360 degrees of Rainbow Road and Bowser’s Castle, you can actually throw green shells and slippery banana peels at your opponents using your hands.

The game is a VR adaptation of the Mario Kart GP—an arcade version of Mario Kart with pedals and a steering wheel found in Japanese and American arcades, movie theaters and the like. The new game is the same thing with the addition of a VR headset and a motion sensor that attaches to your wrist.

It never occurred to me that Mario Kart would be THE BEST game to play in virtual reality, but now that it’s happening, it seems like the perfect idea. While VR has come a long way, using it to view something that is actually real is still weird for some people—it’s like it looks kind of real but not that real, and that’s an odd and sometimes distracting sensation. But in addition to being universally loved, Mario Kart is so ridiculously fantastical that you probably won’t ever skip a beat playing in VR.

Right now, Mario Kart GP is only set to release in Japan, so it’s unclear if and when it will come to America. It’s worth noting though, that this is an officially licensed Nintendo project, though another Japanese game developer, Namco (the company behind PacMan), is actually making the game. 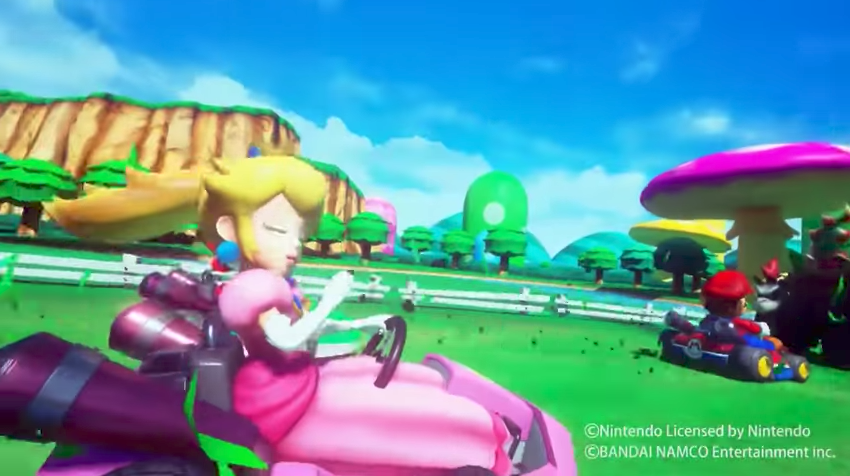