As the widely anticipated “Wedding Cake Case” is now in the hands of the U.S. Supreme Court, polls indicate that Americans are deeply divided on the issue. But who they are divided with will shock you.

Unsure of how they would react in a similar situation, Americans are conflicted within themselves—perhaps wanting their cake and to eat it, too.

The case itself, Masterpiece Cakeshop v. Colorado Civil Rights Commission, No. 16-111, began several years ago when the Colorado bakeshop refused to bake a cake for a gay couple getting married in Massachusetts. The couple won the hearing before the Colorado Civil Rights Commission, as well as the lower courts and appeals courts. Now the case is in the hands of the highest court, and Americans are torn by a conflicting set of freedoms.

A poll by the right-leaning Rasmussen Reports revealed that 57 percent of likely U.S. voters think the baker should be allowed to refuse service to a gay couple and 29 percent say the baker should be prosecuted for breaking the state’s discrimination laws. A whopping 14 percent are undecided.

That seems pretty straightforward, right? A majority of Americans stand with Masterpiece Cakeshop. But consider the findings of another Rasmussen Reports poll, which found that only 29 percent of likely U.S. voters want a law in their state that would allow businesses to deny service to customers for religious reasons. Nearly two-thirds (64 percent) oppose such a “religious freedom law.” North Carolina’s decision to have such a law hurt the GOP in several state races in 2016.

Granted, the latter poll was taken in 2016, while the other poll is only a few weeks old. But it is unlikely that support for gay rights has suddenly nosedived after the results of the 2016 election. If anything, support for same-sex marriage, which has been on the rise since 1996, is even stronger than it was a year ago, according to Gallup polling. It’s almost a two-to-one ratio in favor of gay marriage, against those who would ban it. And that includes a majority of Protestants who favor legalizing same-sex marriage.

Pundits who decry the intelligence of public opinion are probably quick to say Americans are simply uninformed. Consider the polls that show a growing number of people are pro-life and are supportive of the Roe v. Wade decision. But I disagree with this opinion that people are stupid. In fact, people are simply rationalizing a difficult conundrum. In the case of abortion, people are affirming their own decision not to have an abortion, without discriminating against another’s right to have one—especially in trying circumstances.

In this case, the public empathizes with a small business owner who doesn’t want to put a message on a cake that conflicts with his deeply-held religious beliefs. Yet they don’t want a situation where everyone in the state, or country, denies service to a gay couple. They want some sort of compromise.

Determining just what that compromise will be is a tricky business. Supporters of the gay couple point to discrimination against African Americans and our painful past history of denying service based on the color of one’s skin. Supporters of the cake business say they feel people are being picked on for their religious beliefs. One needs the wisdom of Solomon to solve this one.

With the entire furor over cakes, the new issue, we hardly noticed the U.S. Supreme Court somewhat reaffirm the 2015 Obergefell v. Hodges case with the Pavan v. Smith case, which involved birth certificate reporting. Gay rights advocates prevailed in the 6-3 ruling, striking down whether a state can treat birth certificates differently for same-sex couples. Justice Neil Gorsuch sided with the opposition.

It’s likely that the Supreme Court will side with the lower courts on this one, but such cases will not go away with such a ruling, even as the court composition might change in a few years. We could still be fighting this battle until we reach some sort compromise on two competing claims of discrimination.

However it is decided, it is best that such a resolution not be treated as a political football, with both parties hoping to use the issue to its electoral advantage. Americans don’t want to discriminate against either side and won’t stand for being pitted against each other by opportunistic politicians. Consider the lesson of the gay marriage debate of 2004, which gave Republicans a successful but very short-term advantage. It perhaps ultimately helped turn Americans against the opponents of gay marriage, seeing that position used to vamp for votes. The same could happen to either side if they overplay their hand on the issue. 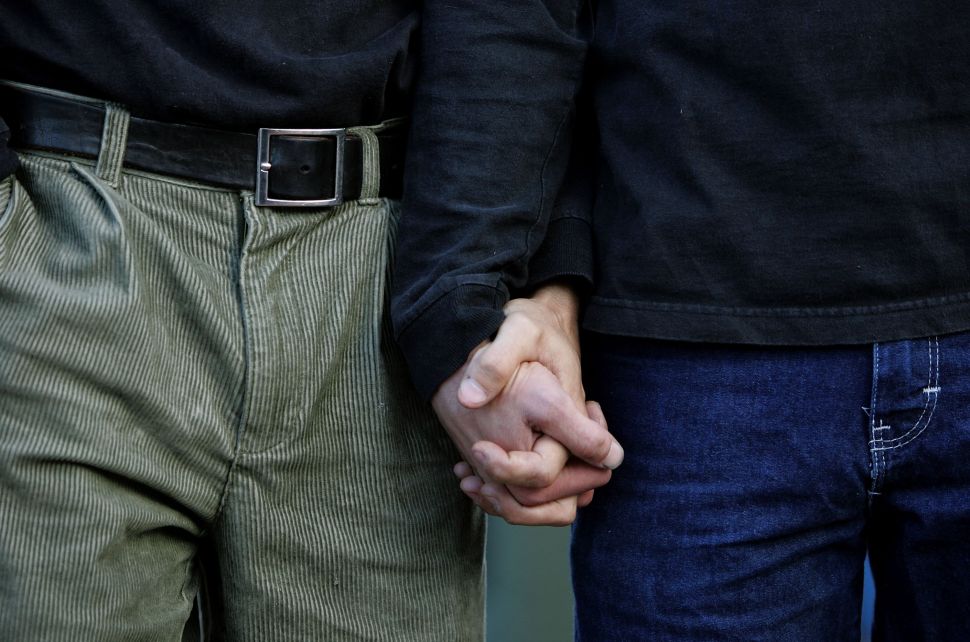