The Masterpiece Art Fair takes place each year at London’s historic Royal Hospital Chelsea, attracting collectors with a wide range of offerings, from decorative arts to jewelry and antiquities to paintings. But while this year’s edition, which ran June 29 though July 5, was certainly marked with big sales—such as $2.5 million Riva Lamborghini boat and $900,000 light sculpture by Ivan Navarro—it was also the scene of a major art heist, reports the Evening Standard.

Investigators looking into the theft believe the jewels were stolen from one of the fair booths overnight, between the hours of 5 p.m. Tuesday and 9:30 a.m Wednesday. The fair, which was held in a tent on the Royal Hospital’s grounds, was monitored by CCTV cameras and the exhibitor whose booth was burglarized, Swiss company Boghossian, was guarded by its own security team. Nevertheless, the perpetrators were somehow able to avoid both, making off with nearly $3.9 million in jewelry brought by the .

“There were security [staff] everywhere,” a fair worker told the Evening Standard. “It was not the normal hospital security—these were all suited and booted and really meant business. I am very surprised this has happened. It’s like the Pink Panther films or something.”

Despite no witnesses to the crime, investigators are floating a possible theory that the thieves may have gotten away with the crime by using “distraction techniques,” according to the Evening Standard. Masterpiece is currently working with police to investigate the crime further. 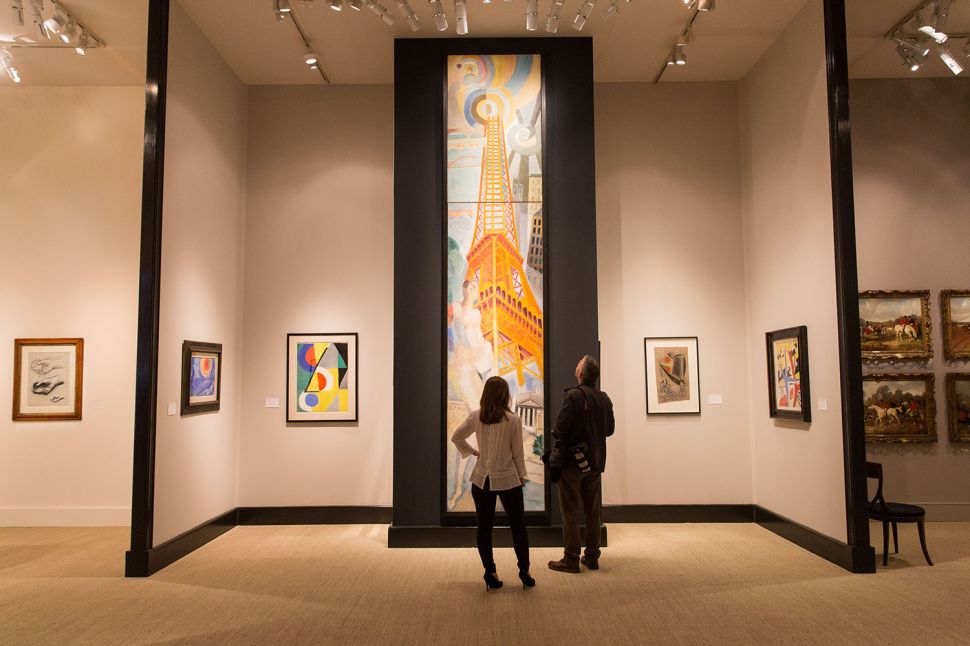