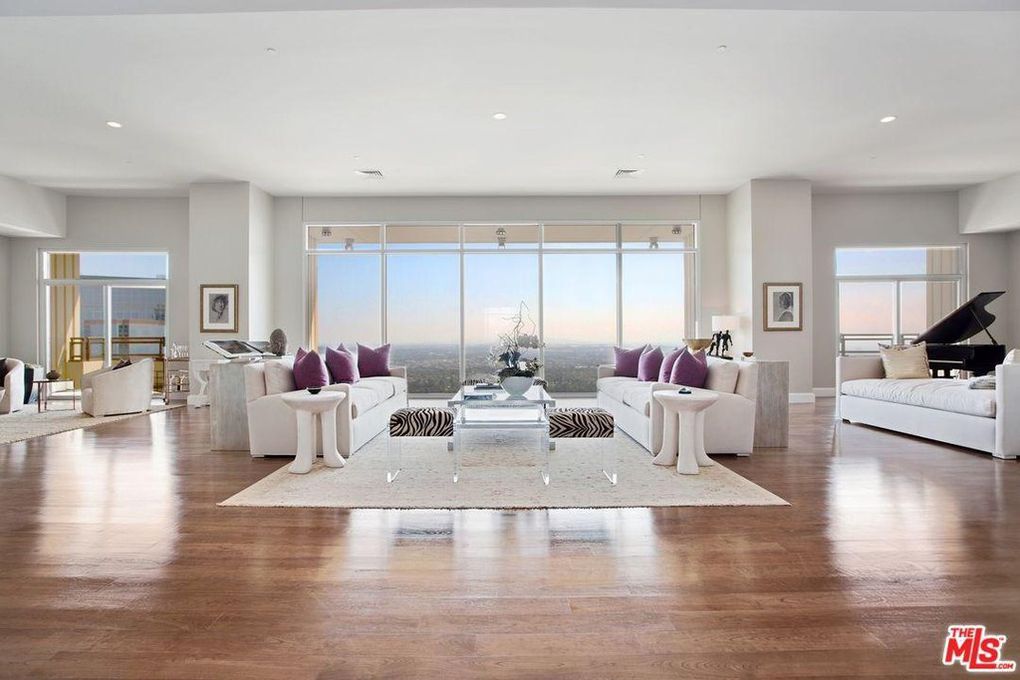 Matthew Perry just bought a palatial penthouse in Los Angeles. Scroll through to see inside.
Realtor.com 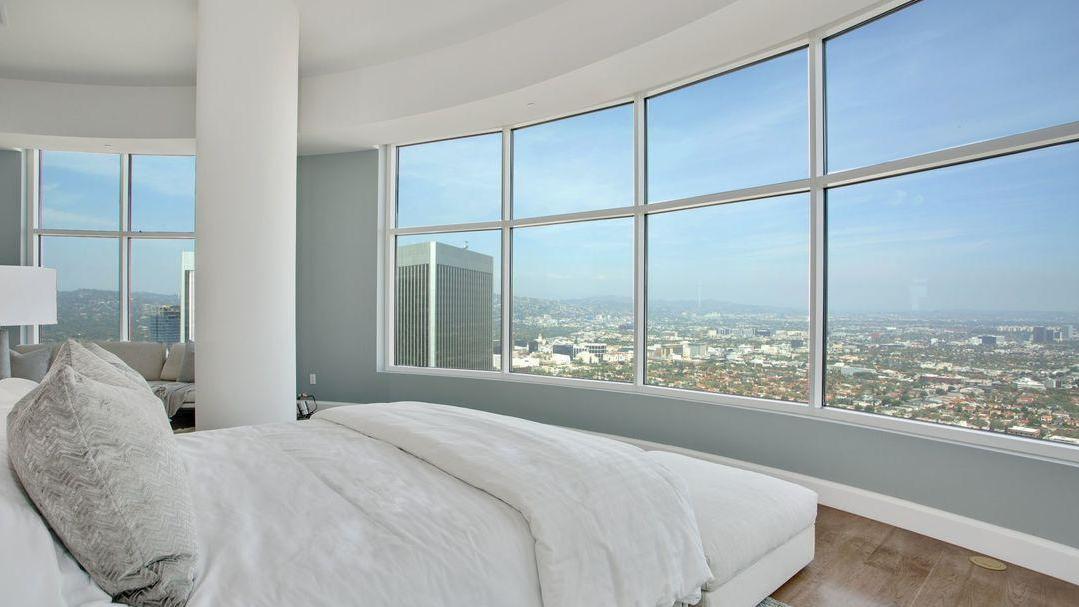 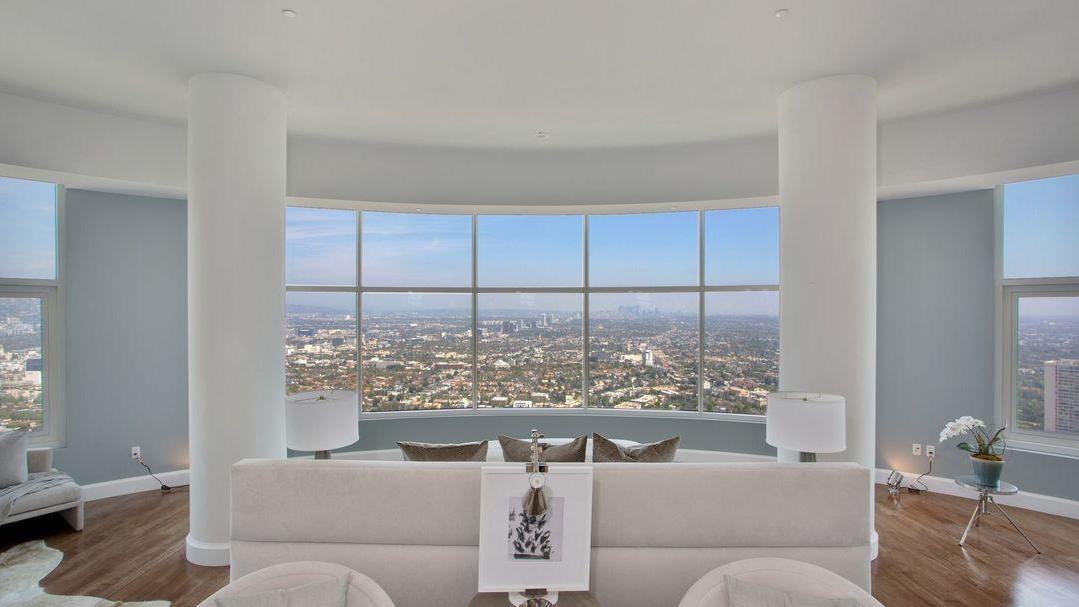 There are 360 degree views.
Realtor.com 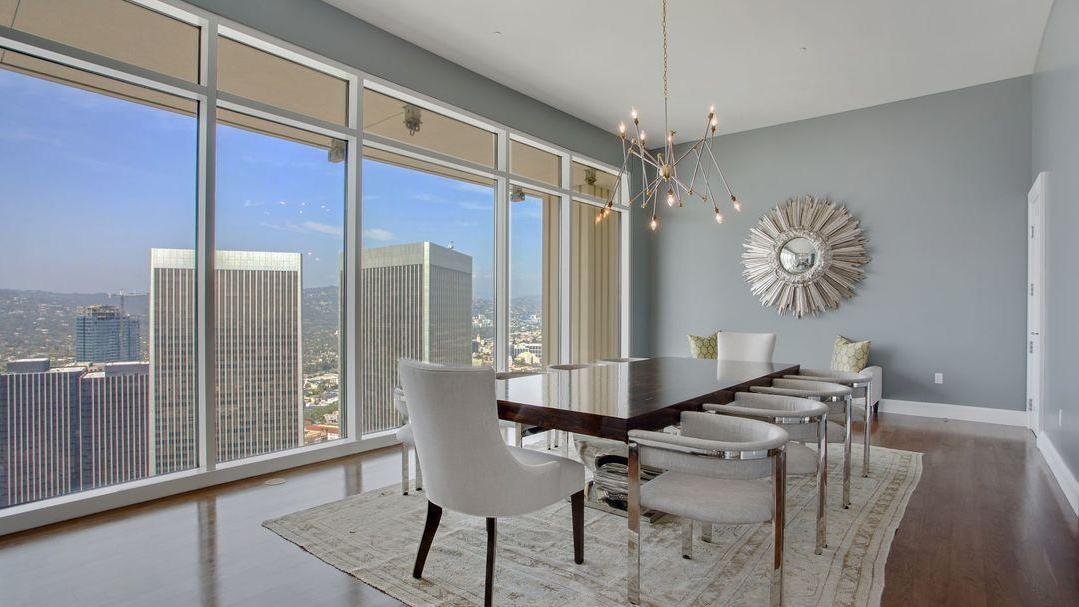 The formal dining room is perfect for a dinner party.
Realtor.com
Advertisement

His new digs still has a pool.
The Century

There's a fire pit and dining area.
The Century 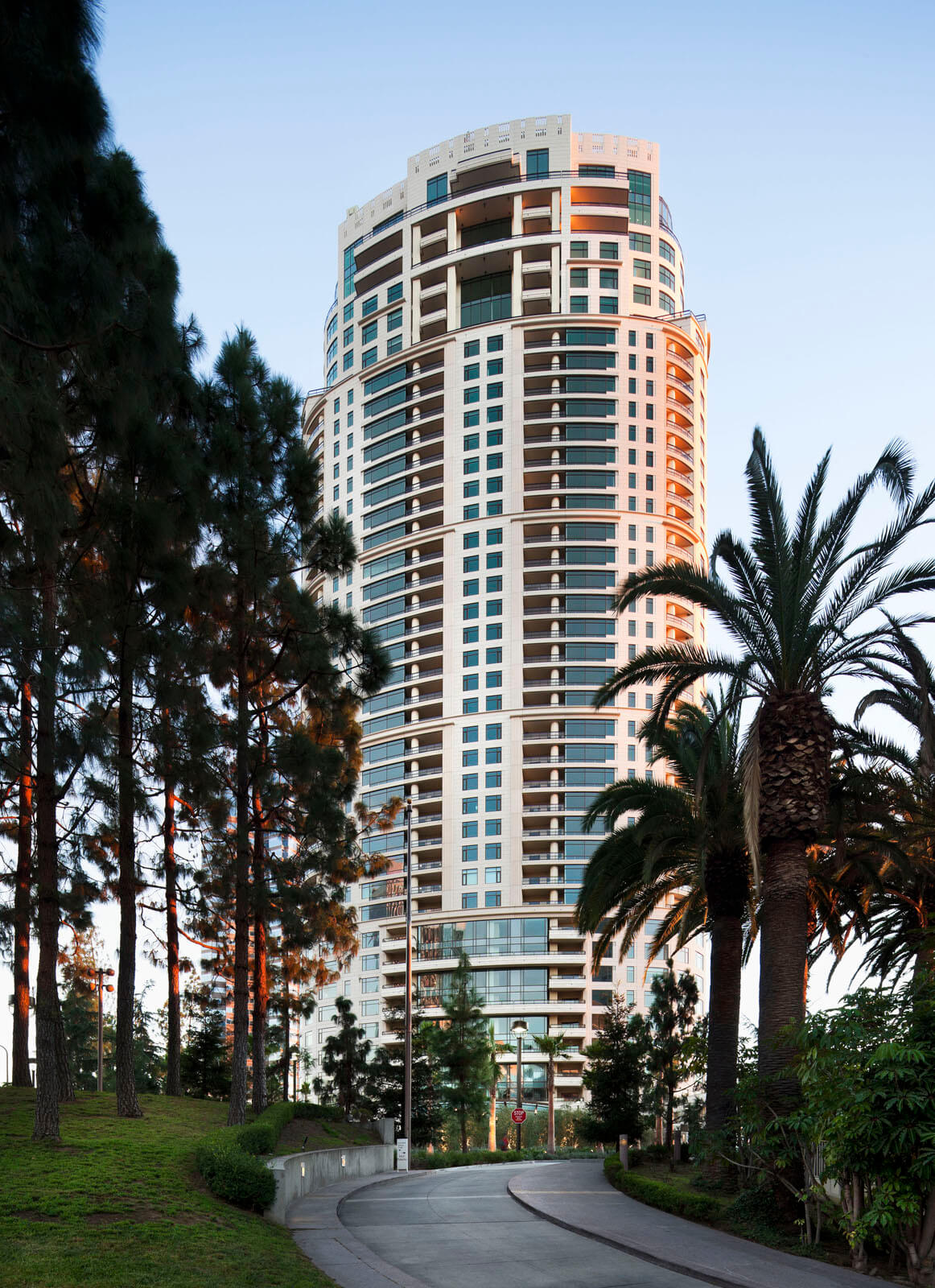 Candy Spelling also lives in the building.
The Century 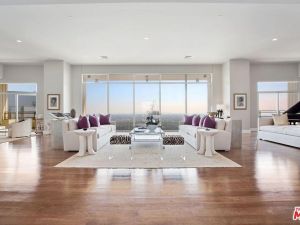 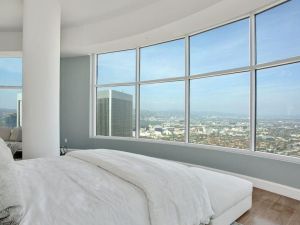 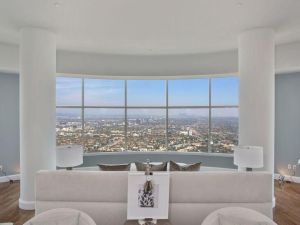 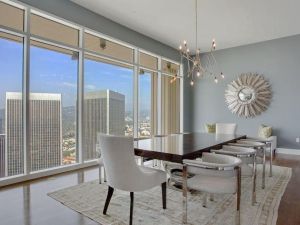 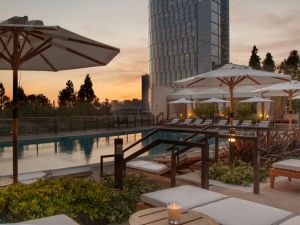 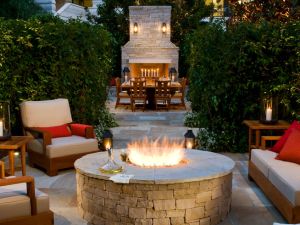 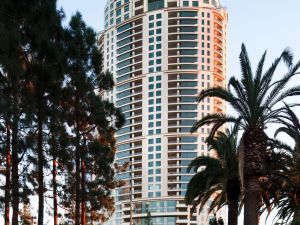 At the time, we wondered why the Friends actor wanted to offload the glamorous 3,821-square-foot three-bedroom, 4.5-bathroom house. But now, we know he’s just moving to far larger abode in Los Angeles, as Perry has reportedly purchased a penthouse in The Century.

While he is trading in a full house for an apartment, Perry’s new digs are actually significantly roomier—his new four-bedroom, five-bathroom abode spans 9,318 square feet.

It does seem Perry is attracted to a particular design aesthetic, as the apartment has a similarly sleek, modern look as the home is trying to leave behind.

Perry doled out $20 million for the aerie, which is located in the Related Companies’ 42-story Westwood tower, designed by Robert A. M. Stern. While it might seem like that price tag is putting a big dent in his Friends‘ royalties, Perry actually got a discount from the $26.5 million the condo was last on the market for.

Perry’s new apartment at 1 Century Drive is entered via a private elevator lobby, and upon stepping into the apartment, one can take in 360-degree panoramic views from the floor-to-ceiling windows.

There are also wraparound terraces, in case one wants to step outside to check out the Los Angeles sunsets. The living room has two fireplaces, and the formal dining room “easily seats 25,” asserts the listing held by Douglas Elliman broker Bachir Oueida.

The eat-in kitchen, with a SubZero refrigerator, Wolf double ovens and Miele stainless steel appliances, is open to the den. The opulent master suite has two full bathrooms with marble, custom painted vanities and a Whirlpool soaking tub.

And while he’s saying goodbye to the backyard and pool that his Hollywood Hills home offers, his new building’s amenities might make up for it. Indeed, there’s a 75-foot lap pool, resort cabanas, fountains, botanical walking paths, an Equinox design gym, spa, yoga studio and even a screening room.

The building is also home to Friends co-creator David Crane; alas, we won’t be getting any reunions anytime soon—Crane listed his own apartment in The Century last year.