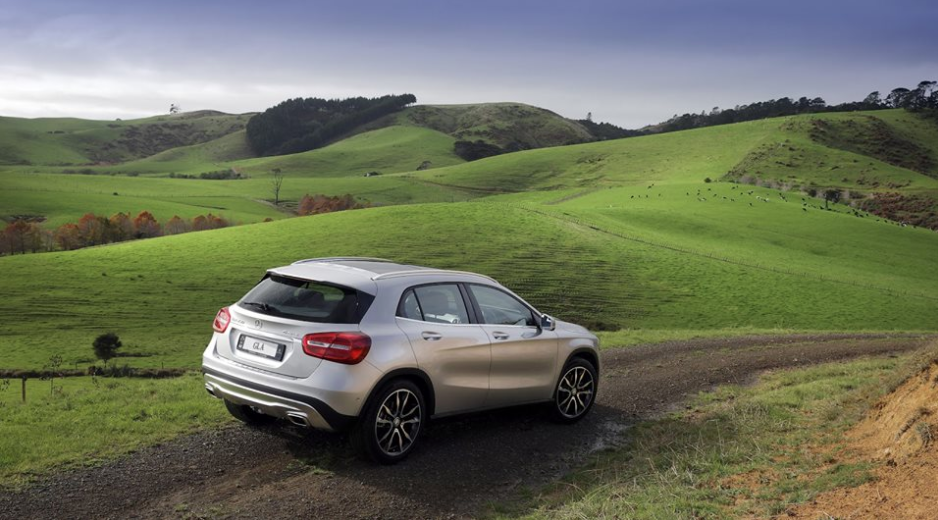 When it comes to cars, there’s no accounting for size anymore. I recently drove a Toyota so large that I was worried about the tree clearance on my street. A couple weeks later I encountered a MINI that was almost maxi. It had all the usual MINI doo-dads like a cute gearshift and air vents and a Union Jack cupholder. It was also as long as a hearse.

On the other hand, some cars are shrinking back to the mean. Take, for instance, the Mercedes GLA 250, which I recently got to drive for a week in Colorado—because those are the kinds of cars you get to drive when you write car reviews. It’s an obscure product in a segment called Luxury Compact Sports Utility Vehicles, or CUVs, which includes such legendary machines as the Lexus NX and the Buick Envision. It’s essentially an entry level CLA sedan, one of the least-loved Mercedes models in history, with a raised roofline and a hatchback.

Inside the GLA looked suspiciously like the MINI I’d just driven. Outside it also bore more than a faint resemblance. However it lacked the MINI’s pep and personality. Give it a few years, though. We’re approaching the car singularity, where everything under $75,000 is more or less the same.

For instance, while we were in Colorado on a family trip, a number of us wanted to go for a walk—me, my dad, my wife, my kid, my aunt, my uncle, and three cute dogs who weren’t that smart. We drove two cars to the trailhead, and, because not everyone wanted to hike both ways, we had to load up the other car and drive it to the other end.

One of the cars was my dad’s 2009 Volkswagen Passat, clearly not big enough for the job. I had the GLA. I figured this was an SUV of sorts, it could fit everyone.

But then it couldn’t. My wife and I were in the front seat. In the back sat my father, his sister, and my uncle, all of whom are in their 70s. My aunt and uncle each held a tiny, panting dog (including Mellow, a soft brown sausage who had his vocal chords removed so he barks like a duck). We tried to put my dad’s dog, Cosmo, in the hatch, but Cosmo saw what was coming and vaulted himself over the backseat and perched himself on the center console. We still had to figure out where to put my teenage son.

“You’re going to have to go in the hatch,” I said.

“In the what?” he said. Kids prefer their own captain’s chairs. The idea that he had to ride in the trunk was pretty foreign.

“I did it all the time when I was a kid,” I said, which was true, but that didn’t make it safe. He climbed into the back and scrunched up fetally, resigned to his weird fate. This GLA was colored “Canyon Beige Metallic,” a kind of hideous brownish-yellow, like a mustard packet on wheels. We had a three-minute drive up to the path-head in a literal clown car.

“How are you doing back there?” my wife shouted to our son. “Do you have enough air?”

“Yes, I have enough air, mom,” he said. “It’s the seatbelt situation I’m worried about.”

The GLA 250, it’s true, lacks a seatbelt in the trunk. It does have a 2.0-liter inline 4 turbo engine that gets 208 horsepower and 258 lb-ft of torque, not exactly numbers to strike fear. There’s also a seven-speed automatic transmission and all-wheel drive. The model I had came with gorgeous 19-inch black tires with multi-spoke AMG wheels, which gave it agility and grip. I drove it all over Colorado. On dirt roads, up winding mountain highways, and in the city, and it handled everything great. Then again, so did every average Dodge and Hyundai Elantra I saw. So why this car, then?

It’s not the gas mileage. Mercedes hasn’t released MPG information on the 2018 GLA, but the last one got in the high 20s, so expect more of the same, maybe 10 percent better.

You can’t exactly say this is a value proposition, either. The base model GLA is $35,000 and change, which is what passes for “affordable” these days. But my model cost an even $50,000. It had a multimedia package, sport leather, heated seats, and all sorts of premium safety features. So even though it was far from a luxury car, it had a sort of luxury candy shell. To top it off, there was a Driver Assistance Package, a sort-of base model Level 2 autonomy kit. It started and stopped in traffic, and changed lanes with the flick of a turn signal, which was really cool. The Mercedes 2018 S-Class drove itself off the assembly line. Soon, they will no longer need our help.

However, all the driving robots in the world won’t solve the logistical problem of fitting six people and three dogs into a car that really should be able to handle that volume, plus a few coolers. We unspooled from the GLA like chicks emerging from their shells. The car wasn’t particularly useful, and it wasn’t particularly sporty. But it was compact, perfect for fleeing up to the mountains alone.

“This is a pretty nice car,” said my uncle, who actually likes cars. “But it’s nothing compared to that Porsche Macan you were driving a couple of years ago.”

That was very true. The Macan, a direct competitor to the GLA, went fast as hell and it gripped the road like a spider. Plus, it seated six. 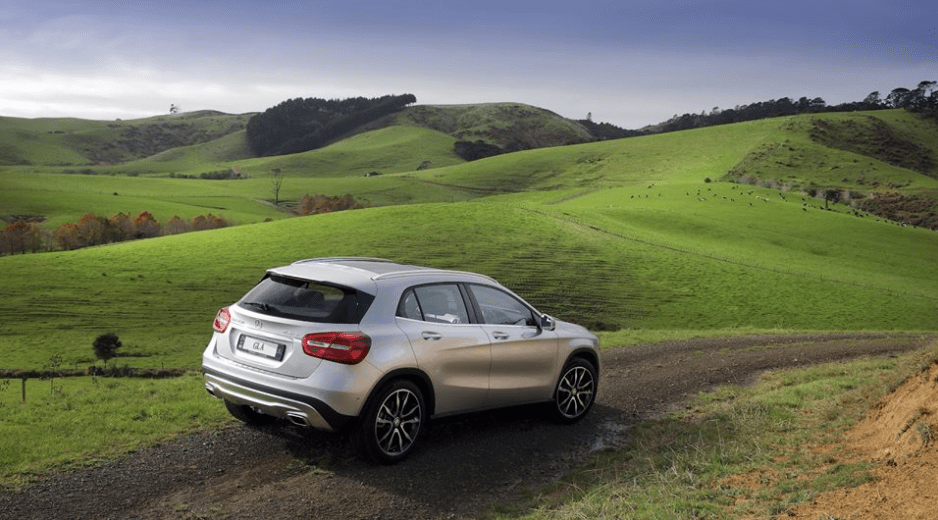