Billionaires have long been pouring investments into new technologies that promise to provide life extending or enhancing properties, from Elon Musk’s Neuralink, which seeks to boost human intelligence and memory, to a controversial startup called Ambrosia, which seeks to provide wealthy old individuals with blood transfusions from young, healthy people. Dr. Nir Barzilai, the director of the Institute for Aging Research at the Albert Einstein College of Medicine in the Bronx, has a much simpler, more practical plan that would benefit millions of people around the world—not just a handful of billionaires and millionaires.

For the past several years, Dr. Barzilai has been pushing the FDA to approve metformin, a drug that several preliminary studies have shown extends lifespan and enhances life in old age. The drug is already approved to treat type 2 diabetes, and it only costs five cents a pill. While it doesn’t directly prolong aging, it fights off the most debilitating aspects of growing old and delays common ailments that lead to natural deaths.

Wired reported on July 1 that researchers noted profound effects when comparing diabetes patients on metformin to those taking different drugs: “The metformin-takers tended to be healthier in all sorts of ways. They lived longer and had fewer cardiovascular events, and in at least some studies they were less likely to suffer from dementia and Alzheimer’s. Most surprising of all, they seemed to get cancer far less frequently—as much as 25 to 40 percent less than diabetics taking two other popular medications. When they did get cancer, they tended to outlive diabetics with cancer who were taking other medications.”

Dr. Barzilai has focused his research on metformin and how to improve quality of life in old age. However, the FDA doesn’t recognize aging as a medical condition. Even if this obstacle were overcome, there is difficulty in designing a study that would prove the drug’s anti-aging qualities. Since 2014, Dr. Barzilai has been confident that metformin is the best drug to demonstrate this quality and pursue this anti-aging agenda with the FDA. Dr. Barzilai and several other researchers developed a clinical trial, dubbed the TAME trial (targeting aging with metformin) to prove the anti-aging properties of the drug. Dr. Barzilai met with FDA officials in 2015 and is optimistic the agency will make a decision once the trials are complete.

In a 2015 article for Science Magazine, the trial design was outlined: “The group—academics all—wanted to conduct a double-blind study of roughly 3,000 elderly people; half would get a placebo and half would get an old (indeed, ancient) drug for type 2 diabetes called metformin, which has been shown to modify aging in some animal studies. Because there is still no accepted biomarker for aging, the drug’s success would be judged by an unusual standard—whether it could delay the development of several diseases whose incidence increases dramatically with age: cardiovascular disease, cancer, and cognitive decline, along with mortality.” Dr. Barzilai is in the process of trying to raise funds for the study, which is estimated to cost $65 million and provides pharmaceutical companies with no profit incentive to support it given that the drug only costs a few cents per pill and is already on the market. The National Institute of Health is expected to cover a significant portion of the study, and Dr. Barzilai is trying to convince billionaires who typically invest in anti-aging startups to sponsor the study. However, billionaires can easily obtain the drug themselves, thereby lessening their incentive to donate to the study.

In the meantime, the drug has garnered the attention of researchers looking to figure out how it would tangibly reduce risks like cancer. When a person takes metformin, the drug winds up in the liver where it interrupts cells breaking down and burning nutrients and oxygen for energy. This disruption limits insulin production in the body, which researchers presuppose is the reason why metformin reduces risks of conditions associated with aging, as excess insulin has been linked to many of these conditions. As Dr. Barzilai continues trying to convince wealthy donors and those in the medical community to get behind his anti-aging research, his slow progress—despite how promising it is and the widespread benefits it could yield—stems from the fact that pharmaceutical companies only try to maximize profits, not health benefits. 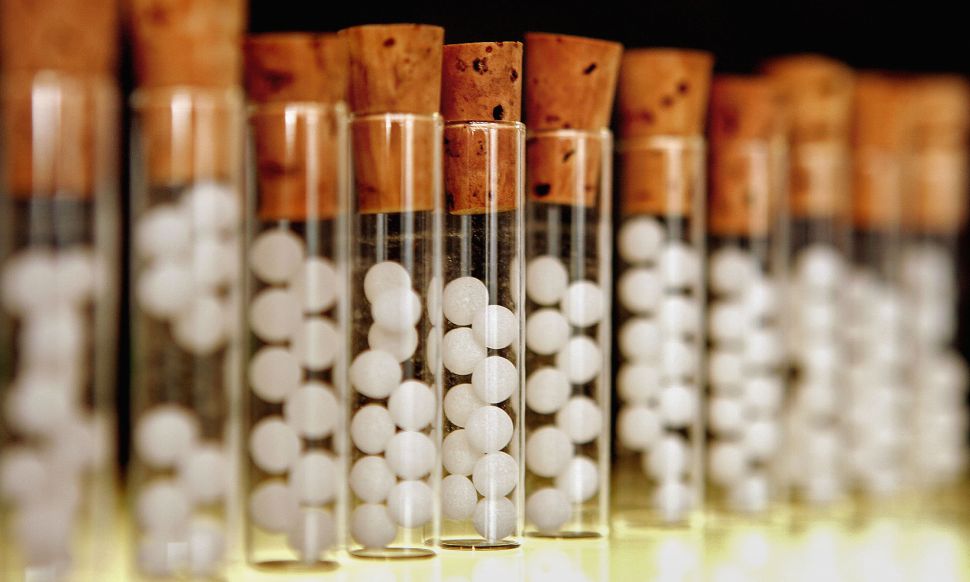