Actress and comedian Mindy Kaling has offloaded one of her Los Angeles residences.

The Mindy Project creator (and writer, producer and actress) sold her two-bedroom, 2.5-bath home for $1.61 million, a bit under the $1.7 million the three-story home was listed for. It’s also under the amount it cost Kaling to acquire the home—she reportedly paid $1.695 million in May 2013.

Alas, Kaling, who will also appear in next summer’s all-female Ocean’s 8, was evidently quite ready to rid herself of the place, considering she took a loss. She first tried to sell the house for an ambitious $2.6 million in October 2015, before lowering her expectations a touch, to $2.35 million.

She then took the home off the market altogether, before relisting in May last year for just under $2 million, and finally settling for the paltry final sale price.

Despite the relatively bare listing photos, it looks perfectly nice, though its best attribute could very well be the neighbors, per the listing held by Edward Fitz of the Agency, which openly declares the 1,599-square-foot abode is “surrounded by much more expensive homes and estates.” Well, someone didn’t hold back.

The 1920s-era California home is located right above the Sunset Strip, and has unobstructed views of the city and ocean. The interiors include a step-down living room complete with a fireplace framed in white brick and floor-to-ceiling windows from which one may take in the aforementioned views.

The open kitchen has blue tiled countertops and wood cabinetry, and is adjacent to raised dining area. There are hardwood floors throughout, and outside there’s a stone patio, as well as multiple terraces, though it’s lacking a pool.

Working on something fun 👀✨

It doesn’t really hold up to Kaling’s New York pied-à-terre, though, which she showed off in May. She renovated and decorated the Nolita pad with the help of One Kings Lane, and revealed the stylish result on Instagram. Perhaps she should have taken a similar route when it came to marketing her LA house. 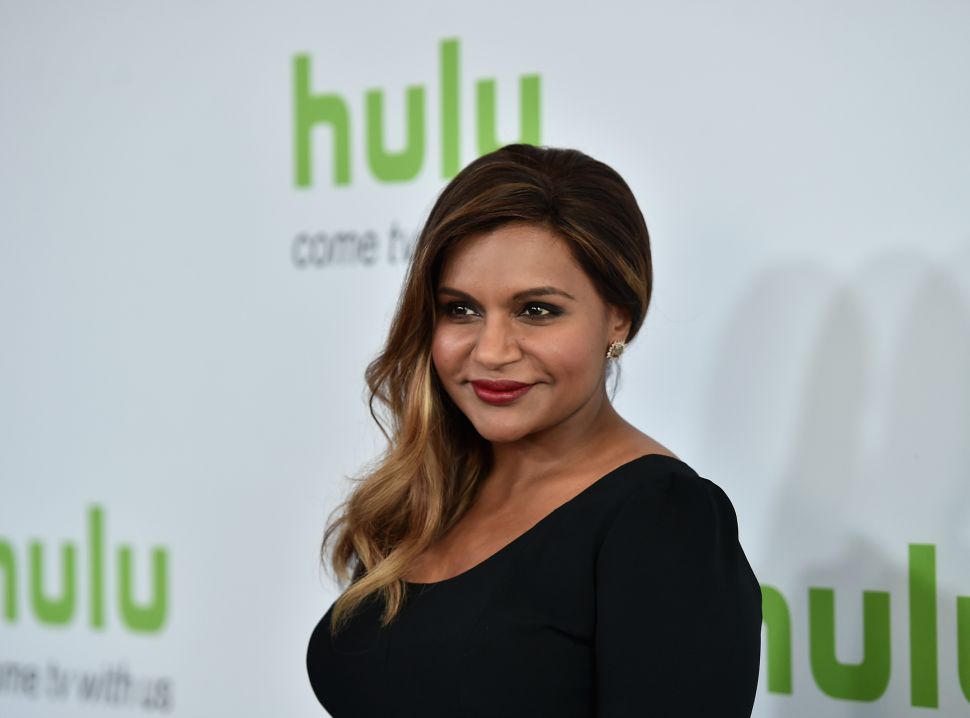