Real estate developer Mohamed Hadid has faced pushback from the city of Los Angeles since the day he decided to purchase a Bel Air property and construct a giant 30,000-square-foot home on it. Now, after a nearly three year legal ordeal, the developer has been sentenced to complete community service, pay fines and come up with a new plan to stabilize a hillside in Bel Air.

This comes after a years long struggle with the city of Los Angeles, which reportedly demanded that Hadid halt construction on the 1.2-acre lot, three years ago.

That, however, that didn’t stop the work from continuing. The spec house repeatedly defied building regulations, as the complex is almost two times taller than the permits allowed, with more bedrooms and balconies and even an unapproved IMAX movie theater.

Neighbors were adamant about safety concerns, as the gargantuan manse reportedly threatened the homes below it. Residents alleged that mud and were running through the neighborhood, due to the construction on the home, and they documented landslides coming down the hill from the mansion, as well as loud noises.

Hadid pleaded no contest to the charges levied against him in May, and the specifics of his final sentencing comes to 200 hours of community service, three years’ probation and more than $3,000 in fines thus far, in addition to paying over $14,000 to the city, to cover building department costs. He will also pay an addition fine, of an undetermined amount, to the Los Angeles Department of and Power. He did, however, avoid possible jail time.

Further, the father of models Gigi, Bella and Anwar has been ordered to hire an engineer to stabilize the Bel Air hillside.

While Hadid didn’t attend the sentencing, his lawyer, Robert Shapiro, told reporters “We’re interested in one thing and one thing only…bringing this building into compliance,” per the Los Angeles Times. “I can assure you that when this building is complete, it will be one of the most beautiful homes in Bel-Air, if not the country”

But the saga of this ridiculously opulent home isn’t over just yet. It’s still undecided if the developer will have to secure a bond to pay for the costs of tearing down the house, if it can’t legally be completed. Indeed, the future of the manse depends on if Hadid manages to get city approval to continue construction…and actually complies with the permits. 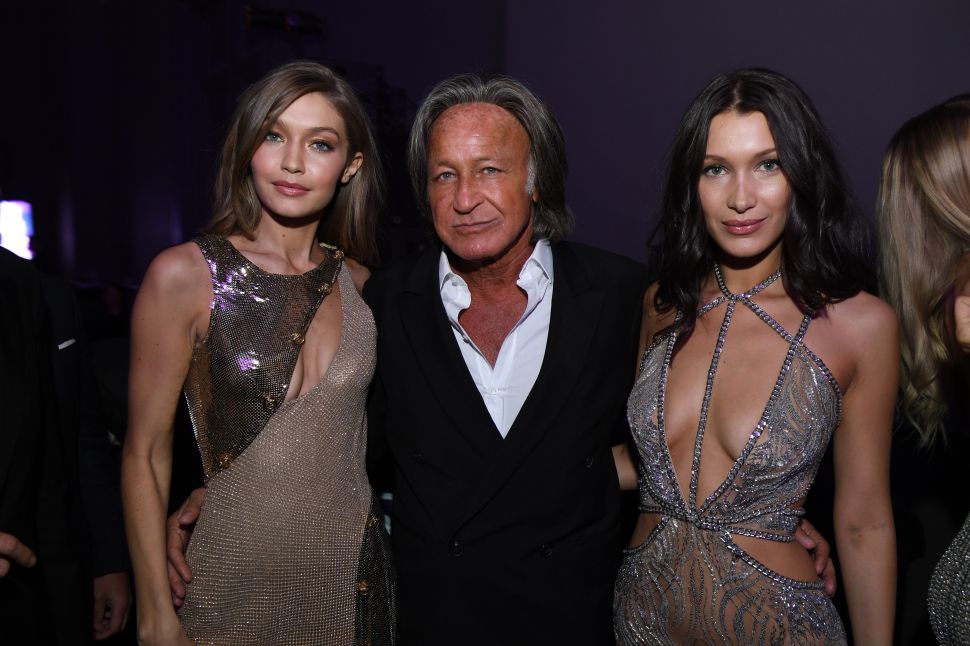