On July 12, the Hill reported that the Russian lawyer who met with Donald Trump Jr. in June 2016, Natalia Veselnitskaya, was allowed into the United States without a visa by the Department of Justice under the Obama administration. The report sheds further light into the story, which has further fueled allegations that Trump colluded with the Russian government: “The Moscow lawyer had been turned down for a visa to enter the U.S. lawfully but then was granted special immigration parole by then-Attorney General Loretta Lynch for the limited purpose of helping a company owned by Russian businessman Denis Katsyv, her client, defend itself against a Justice Department asset forfeiture case in federal court in New York City.” Katsyv faced allegations that he was involved in the assassination of Sergei Magnitsky, which led to sanctions under the 2012 Magnitsky Act.

The Hill added, “Interviews with a half dozen Americans who came in contact with Veselnitskaya or monitored her U.S. activities in 2016 make clear that one of her primary goals was to see if the Congress and/or other political leaders would be interested in repealing the 2012 Magnitsky Act punishing Russia or at least ensure the Magnitsky name would not be used on a new law working its way through Congress in 2016 to punish human rights violators across the globe.”

In an interview, Veselnitskaya claimed her meeting with Donald Trump Jr. was part of a lobbying campaign to get American officials to see “the real circumstances behind the Magnitsky Act.”

The Magnitsky Act, passed with bipartisan support in 2012, froze U.S. assets of Russians purportedly involved in the detention and suspicious death of whistle-blowing attorney Sergei Magnitsky in a Russian prison in 2009. Magnitsky represented U.S. investor Bill Browder, who was the largest foreign investor in Russia at the time. Browder claimed Russian organized criminals colluded with Russian government officials to collect a $230 million tax rebate on Browder’s companies.

In December 2015, The Wall Street Journal reported that Hillary Clinton opposed the Magnitsky Act while serving as secretary of state. Her opposition coincided with Bill Clinton giving a speech in Moscow for Renaissance Capital, a Russian investment bank—for which he was paid $500,000. “Mr. Clinton also received a substantial payout in 2010 from Renaissance Capital, a Russian investment bank whose executives were at risk of being hurt by possible U.S. sanctions tied to a complex and controversial case of alleged corruption in Russia. Members of Congress wrote to Mrs. Clinton in 2010 seeking to deny visas to people who had been implicated by Russian accountant Sergei Magnitsky, who was jailed and died in prison after he uncovered evidence of a large tax-refund fraud. William Browder, a foreign investor in Russia who had hired Mr. Magnitsky, alleged that the accountant had turned up evidence that Renaissance officials, among others, participated in the fraud.” The State Department opposed the sanctions bill at the time, as did the Russian government. Russian Foreign Minister Sergei Lavrov pushed Hillary Clinton to oppose the legislation during a meeting in St. Petersburg in June 2012, citing that U.S.-Russia relations would suffer as a result.

The Wall Street Journal report continued, “A few weeks later, Bill Clinton participated in a question-and-answer session at a Renaissance Capital investors conference. He was paid $500,000. After the appearance, Mr. Clinton received a personal thank-you call from Vladimir Putin, then the Russian prime minister, the government news agency TASS reported.”

A spokesperson for Hillary Clinton denied the connection between her stance against the bill and Bill Clinton’s paid speech, but the conflict of interest is undeniable. During the presidential election, the Clinton campaign even took measures to stop a story reporting the link. An email released by Wikileaks from Clinton Campaign Chair John Podesta in May 2015 noted, “With the help of the research team, we killed a Bloomberg story trying to link HRC’s opposition to the Magnitsky bill to a $500,000 speech that WJC gave in Moscow.” 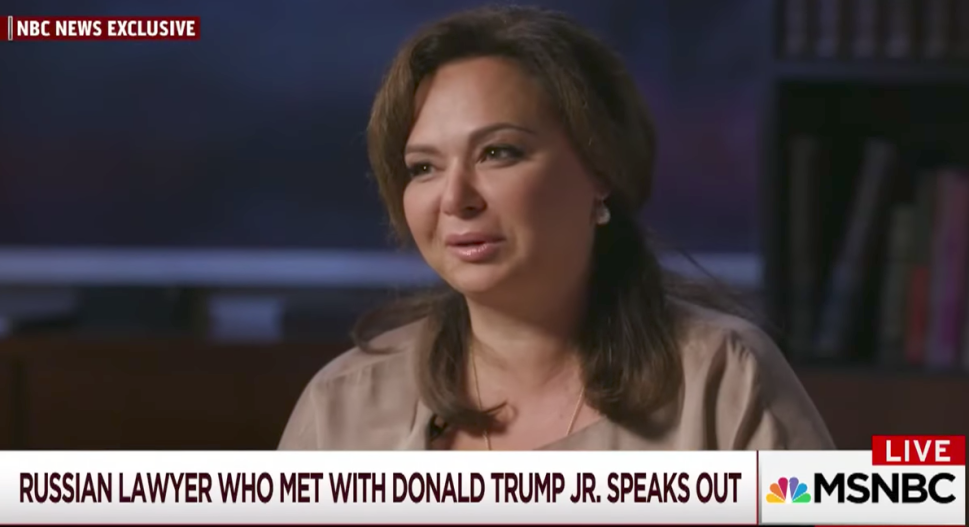