One needs only to step outside to encounter the ever-deepening homelessness problem in New York City. The crisis, like the crime epidemic in the early 1990s, feels out of control. But, unlike crime, homelessness is not a problem the government can solve.

There are 7.5 billion humans in the world, each with a unique combination of DNA. Even if 90 percent of the population somehow adheres to the mean, that still means 750 million people—more than twice the size of the entire United States—are going to have a mental composition that, in some way, makes conforming to societal norms a challenge. Add to that substance abuse. To be human means feeling pain, guilt, sadness and conflict. Drugs and alcohol provide a temporary respite, and while most of us can either limit our intake or abstain altogether, others cannot. For some, once addiction takes over homelessness isn’t far behind.

The odds of government being able to account for 7.5 billion different combinations of DNA and solve for all variations of human nature and the human condition are exceptionally low (if there’s one thing I learned in my years in government, it’s that good intentions, smart planning, and a lot of money still can’t fix every problem and every person). But as you walk down the street in Manhattan and come across homeless people on virtually every block, you can’t help but ask yourself, “What should I do? Give them money? Steer around them? Walk them to the nearest drug treatment center? Call 9-1-1?”

There are no good answers. But, to me, witnessing this problem firsthand all day, every day—this is what government should be doing and how we, as individuals, may want to think about the problem and our individual response to it.

At the end of the day, there are no easy solutions. As long as people have mental and emotional problems, some will be too dysfunctional to remain in homes, no matter what you do. And, no matter how good it sounds in a speech, we do not have a moral obligation to get each and every person off the streets—because we don’t have the ability to solve every person’s mental and emotional problems. There’s no form of government effective enough to do that.

As individuals, we bear no responsibility to the homeless other than doing whatever makes us feel safe, comfortable and human. For some, that means giving money or volunteering at a soup kitchen or supporting organizations that help the homeless. For others, that means avoidance, anger and frustration. For most of us, it’s a combination.

That’s fine. You didn’t cause their schizophrenia. You didn’t get them hooked on K2 or heroin or meth. You just live here. You do the best you can every day. By paying taxes and upholding the law, you’re doing your part. That’s all anyone can ask—and it’s all you need to ask of yourself, too. 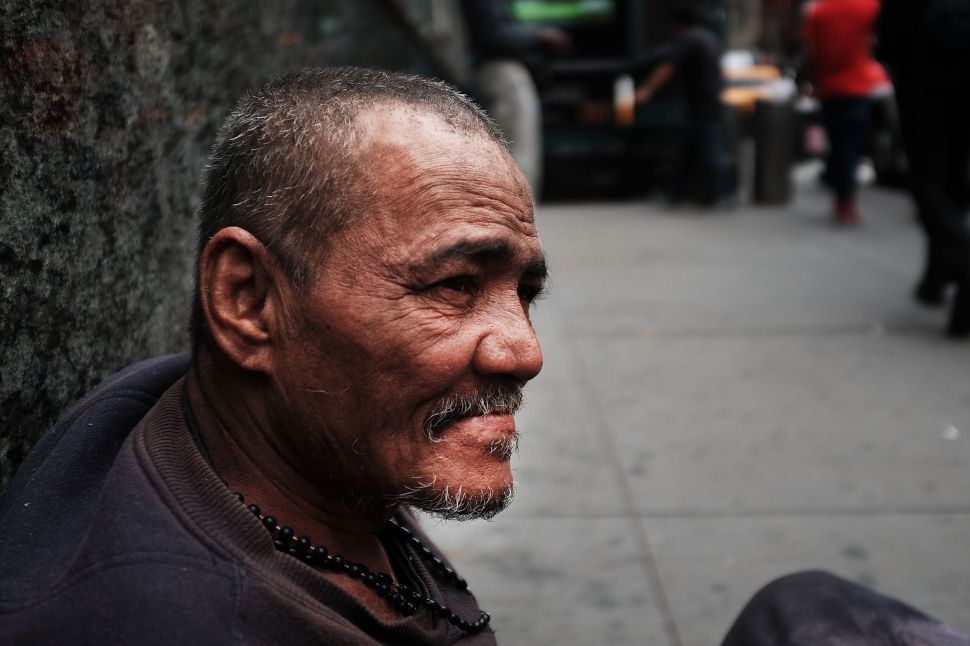