In an effort to crack down on distracted driving, lawmakers in several states are looking to pass legislation that would allow police to use a new device that can determine if a driver was using their cell phone behind the wheel. While the intentions are benevolent, the potential for abuse with the “Textalyzer” is startling.

The device, which resembles a tablet, has not been approved for use by law enforcement yet. But it would involve police plugging the device into a driver’s cell phone at an accident scene to scan phone data, which would give police exact times of phone use. It can tell police if a motorist opened any apps, sent any texts, and received or made phone calls. If police determine that the driver was doing any of these things, they would be able to go after them for distracted driving.

Imagine a driver gets in an accident and police use the device to determine if they were texting and driving immediately beforehand. They plug in the device, find no activity at the time of the accident, but do find out the driver checked their email at a red light. This action on the part of the driver has nothing to do with the accident, but police have now used the fender bender as a pretext to issue another unrelated ticket for something that put nobody in harm’s way.

Those who support the Textalyzer, such as New Yorker Ben Lieberman who has advocated for policies to prevent texting and driving since his son was killed by a distracted driver, argue the device is essential in the fight against dangerous behavior behind the wheel. They counter privacy claims from opponents by saying the device can simply detect “swiping and typing,” not the content of a person’s conversations.

That may not necessarily be true. Excuses like these are regularly touted by those looking to flaunt privacy rights. In fact, several civil liberties groups, such as the American Civil Liberties Union (ACLU) and Electronic Frontier Foundation (EFF), have rightfully pointed out that the Textalyzer might be yet another way for government agents to spy on their citizens.

“There’s no guarantee when you hand your cell phone over to the police officer that that officer won’t be looking at or copying all kinds of personal data about you,” said Jay Stanley, a senior policy analyst at the ACLU.

Additionally, there are already methods, many of which are far less intrusive, of obtaining phone records in the wake of serious motor vehicle accidents. If police can prove probable cause to a judge, they can be issued a court order or warrant for the cell records. Those records can then prove whether or not a driver was distracted at the time of the accident.

Textalyzer proponents, such as Lieberman, argue that the current process to obtain records is too long and cumbersome. But that’s what the framers of this country’s legal system had in mind. Americans are supposed to be protected from overzealous police and surveillance officials, at least until proven guilty.

That hasn’t stopped lawmakers from considering their options, however. One state seems particularly interested in exploring the brave new world of Textalyzers: the Empire State.

In response to a proposed New York bill allowing police to use the device, NYCLU Legislative Counsel Rashida Richardson stated, “… We are certain that enforcing this proposed law would violate people’s privacy and could potentially impute guilt for innocent activities.”

The New York bill would treat Textalyzers much in the same way as breathalyzers. Failure to submit to one would carry stiff punishments, including the revocation of a motorist’s license or learner’s permit and substantial fines. These punishments can stick whether the driver is found guilty or not.

While the New York bill would only allow Textalyzers to be used following an accident or collision, it’s not hard to imagine a world where their use is more widespread. Police could very well begin establishing cell phone checkpoints, where they plug into every driver’s phone when they enter the checkpoint. This isn’t some sort of far-fetched dystopian fear—DWI and seatbelt checkpoints have already run amuck in this fashion. Police have realized such checkpoints are lucrative for issuing minor citations.

The Textalyzer does aim to fix a real problem. In 2015 alone, 3,477 people were killed as a result of distracted driving, according to the National Highway Traffic Safety Administration (NHTSA).

But this effort to give police the power to use Textalyzers won’t do anything to curb that. Texting and driving is already illegal in 47 states. Police already have the ability to obtain cell phone records through proving probable cause. Adding a new device that can easily be abused by police is not necessary. The Textalyzer puts Americans’ private data in yet another precarious situation under the familiar guise of safety and good intentions. 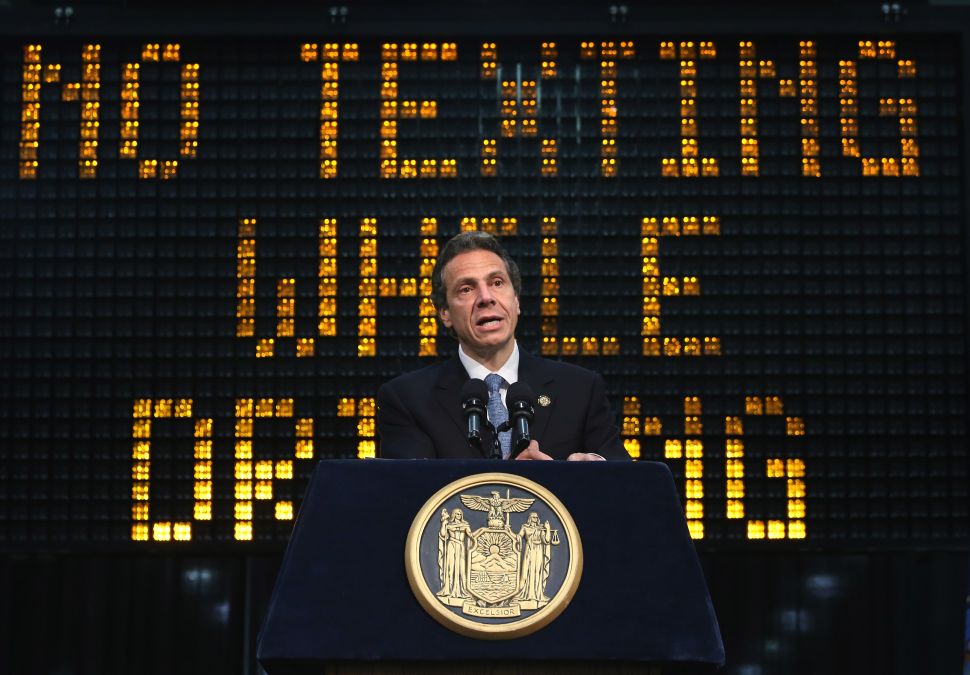