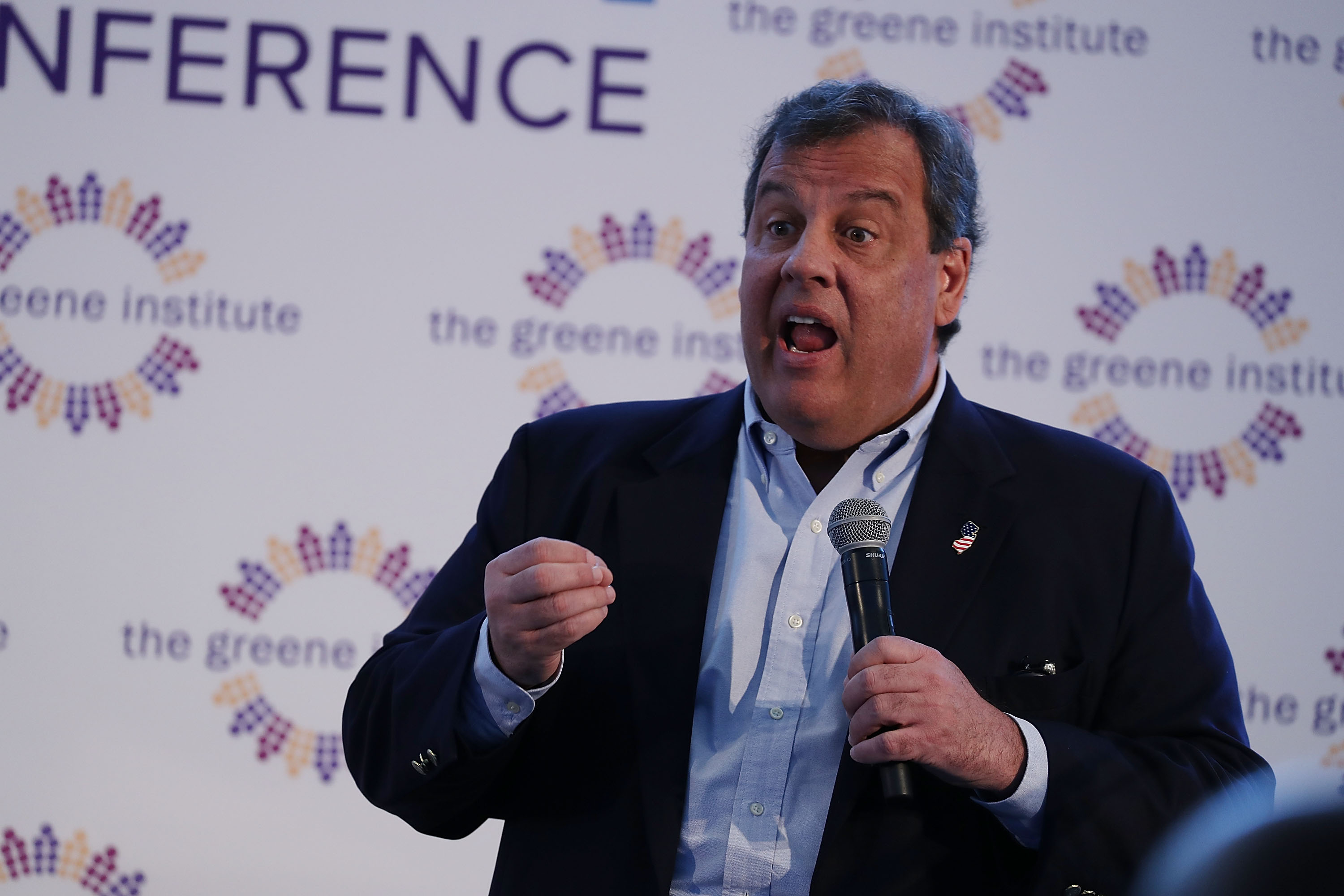 Cradling a basket of loaded nachos, Gov. Chris Christie got nose to nose with a baseball fan who heckled him at a Milwaukee Brewers game Sunday, making the governor a social media sensation once again.

“You’re a big shot,” Christie told a Chicago Cubs fan who had called him a hypocrite, according to WISN 12 News.

Video of the fan’s close encounter with Christie swept through social media, putting the unpopular governor in the spotlight again. It’s also the second time in two weeks he’s been jeered at a ball park. He was resoundingly booed during a New York Mets game in mid-July.

At #Cubs #Brewers game. #ChrisChristie was getting razzed by fans, so he got in the face of one of them. 5:30 on @WISN12News pic.twitter.com/sx8euMgFy2

The Assembly plans to return to the state house Monday to deal with some of the aftermath of the three-day government shutdown in early July. Lawmakers are scheduled to vote on paying public workers who were frozen out of their jobs amid the budget impasse. There are also measures that would keep public parks and beaches open and kick the governor out of the state-provided beach house in future budget-related shutdowns.

And Republican gubernatorial candidate Kim Guadagno is having a Monday evening rally with Republican National Committee Co-Chair Bob Paduchik. She is trying to ramp up her fundraising in the race against Democrat Phil Murphy, who has a lot more campaign cash.

Quote of the Day: “Appreciate that” – The Cubs fan after getting grilled by Christie at Miller Park in Milwaukee.

NJ Assembly to Vote on Paying State Workers for Shutdown
The state Assembly is scheduled to take up three bills Monday that respond to the three-day government shutdown in early July, including one to pay public workers frozen out of their jobs during the budget impasse.
Christian Hetrick, Observer Read more

Guadagno to Rally With RNC Co-Chair Paduchik on Monday
Republican gubernatorial candidate Kim Guadagno will appear alongside Republican National Committee Co-Chair Bob Paduchik at a rally on Monday as she attempts to amp up her fundraising in the race against wealthy and well-supported Democrat Phil Murphy.
Alyana Alfaro, Observer Read more

NJ gov gets in Cubs fan’s face: ‘You’re a big shot’
New Jersey Gov. Chris Christie paused at Sunday’s match-up between the Milwaukee Brewers and the Chicago Cubs to get in a fan’s face and call him a “big shot.”
WISN12 News Read more

Christie: Beachgate blowback upset his children
Gov. Christie says the outcry over his decision to take his family to a beach closed during the state government shutdown, which launched a thousand Christie-in-a-beach-chair memes on the internet, upset his children “more than anything else” in his 7½ years in office.
Inquirer Read more

Prosecutors: Menendez pushing ‘irreconcilable’ argument to dismiss charges
Federal prosecutors are urging a judge in New Jersey to reject the latest attempt by U.S. Sen. Robert Menendez to avoid facing a corruption trial this fall, saying in a brief this week that the Democrat is now contradicting his own legal arguments.
Politico Read more

Why Christie and Guadagno keep slamming each other
Republican gubernatorial candidate Kim Guadagno is trailing badly in the polls against Democratic rival Phil Murphy. But that uphill climb is hardly her only obstacle. There’s also Gov. Chris Christie.
NJ.com Read more

Christie opioid commission due to send its findings to President Trump
The presidential opioid commission that Gov. Chris Christie is chairing is scheduled to release its first report on Monday, and the recommendations will include ways to deal with doctors who are too free with prescribing drugs that lead to addiction.
The Record Read more

EDITORIAL: Focus campaign on policy, not politics
Election Day, Nov. 7, may seem far off, but for Democrat Phil Murphy and Republican Kim Guadagno it is not at all. Last week, both gubernatorial candidates named their choices for lieutenant governor. There was no drama. No political games. It was a straightforward business. And we hope it is a precursor of a campaign that will remain focused not on personalities, but public policy. We are hopeful.
Asbury Park Press Read more