The new state budget is finished, but the daggers are still out. Democrats noticed that Gov. Chris Christie vetoed some language from the budget even though he kept $325 million in funding they added, and for a few hours on Wednesday, it was like the budget fight never really ended.

Quote of the Day: “Anyone who contends Governor Christie is an honest man has spent too much time sitting in the sun with him or in traffic on the George Washington Bridge.” – Assembly Speaker Vincent Prieto.

New Jersey’s Shutdown: What Was That About?
New Jersey residents were not able to enjoy state parks and beaches over the July 4th holiday weekend as a result of the government shutdown. Sal Rizzo, editor of Observer NJ, reports on what really happened with the state budget leading to the shutdown.
Brian Lehrer, WNYC Listen

What’s in the ‘Democrat budget’ Christie signed — and why they’re mad anyway
The budget battle fought over changes to Horizon Blue Cross Blue Shield could have been resolved another way – by erasing some $325 million in spending added to the budget by Democratic lawmakers, roughly half of it for increased school aid.
NJ101.5 Read more

Hudson attorney files ethics complaint against Christie over ‘Beachgate’
A Hudson County attorney has filed a complaint against Gov. Chris Christie, saying he used his position unethically when he and family members basked in the warm sun at Island Beach State Park Sunday while the public was turned away because of the state shutdown.
Michaelangelo Conte, The Jersey Journal Read more

Chris Christie Gets Roasted With a Detailed Sand Sculpture of His Day at the Beach
New Jersey Governor Chris Christie was roasted over the weekend—not by the sun, but by a sandcastle.
Time Read more

Should furloughed public workers affected by the shutdown get back pay?
As Beachgate seemed to continue to sizzle days after Gov. Chris Christie was “caught” on the beach that was closed to everyone else, some in New Jersey felt he wasn’t the only one getting burned.
The Jersey Journal Read more

Sweeney-NJEA Fight Drives Independent Spending to New Record
The battle between Senate President Steve Sweeney and the New Jersey Education Association helped drive spending from outside groups to a new record in the 2017 legislative primaries, according to a report released by the state’s campaign finance agency Wednesday.
Alyana Alfaro, Observer Read more

NJ Gov Race: Guadagno, Murphy Raise Enough for Matching Funds
Kim Guadagno and Phil Murphy have gathered enough donations to qualify for public matching funds, according to their campaigns, with each raising more than $430,000 since the June 6 primaries.
Alyana Alfaro, Observer Read more

Murphy Blames Shutdown on Christie’s ‘Personal Agenda’
Phil Murphy was in Israel while Democrats in the state house nearly tore themselves apart, but the party’s candidate for governor said Wednesday that he wasn’t missing in action during the budget brawl that shut down state government.
Christian Hetrick, Observer Read more

431 pothole damage claims made on NJ-owned roads — See how few were actually paid
It’s one of the most cringe-worthy moments while driving on New Jersey’s roads — going over a pothole you never saw coming.
NJ101.5 Read more 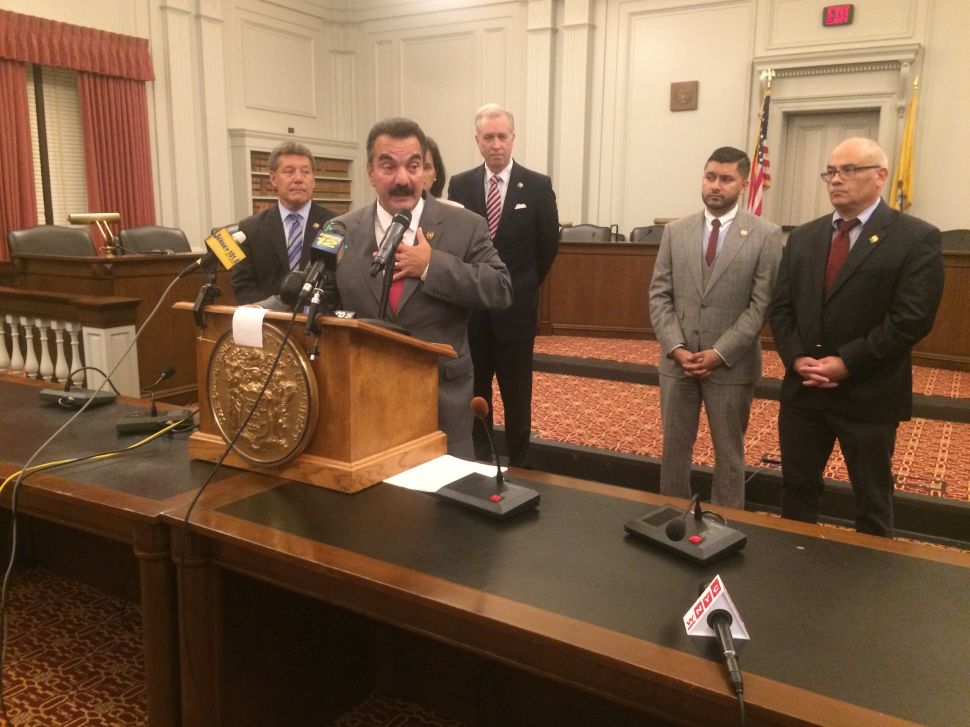