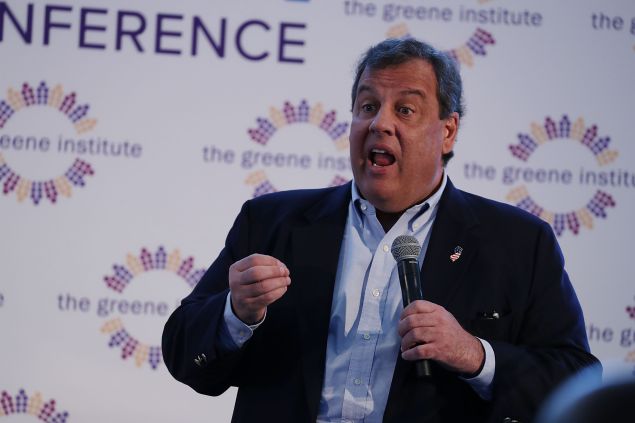 When elephants fight, it’s the grass that suffers.

That’s an old saying that applies to New Jersey today, as the state awakens to a government shutdown caused by legislative leaders and Gov. Chris Christie. With no agreement on the state budget or a separate proposal on Horizon Blue Cross Blue Shield that was linked by Christie to the budget negotiations, the state entered its first shutdown since 2006 — a joyless start to the Fourth of July weekend.

The failure of the political branches to fulfill the one big task entrusted to them by the constitution is the kind of thing voters hate about politics.

That people will suffer from the shutdown is clear, and it makes this breakdown especially regrettable. That Christie and Democrats tied up the budget negotiations into a hopeless knot, centered on a non-urgent proposal to overhaul the state’s largest health insurance company, is totally incomprehensible. Christie and the Horizon proposal’s biggest backer, Senate President Steve Sweeney, both say the measure may very well be repealed within months. So why is this worth $320 million to the governor, again?

We’re not likely to find out amid all the finger-pointing forecast for this weekend, when all the state parks will be closed.

Quote of the Day: “Things change and things evolve.” – Assembly Speaker Vincent Prieto, on supporting and then opposing a raid of Horizon’s surplus.

NJ Government Shuts Down Amid Horizon Deadlock
A shutdown of state government began at midnight Saturday as Democratic leaders in the Legislature continued to fight among themselves and with Gov. Chris Christie over the fate of New Jersey’s largest health insurance company.
Salvador Rizzo, Alyana Alfaro and Christian Hetrick, Observer Read more

‘Mr. Reasonable’ won’t be able to shake off blame for shutdown
He can heap blame all day on Prieto, the Secaucus Democrat who has cultivated the role as thorn in Christie’s side over the past two years. But the fact remains that relatively no one outside the State House bubble knows anything about “Vinny” Prieto, a construction code official in Hudson County who landed in the speaker’s seat four years ago in a deal brokered by Democratic Party barons.
Charles Stile, The Record Read more

Prieto Once Supported Horizon Raid
In 2006, Assembly Speaker Vincent Prieto, then just a first-term back bencher from Hudson County, signed on as a co-sponsor of a bill that would have allowed the state to raid the surplus kept by Horizon Blue Cross Blue Shield and deposit the money into a state fund used to reimburse hospitals for charity care.
Salvador Rizzo, Observer Read more

Christie to GOP Caucus: ‘Let them… Tear Each Other Apart’
Governor Chris Christie visited the GOP caucus room a short time ago amid talks about how to go forward on both sides and nervousness among those allies of Speaker Vincent Prieto (D-32) about his rivals taking a run at him.
InsiderNJ Read more

Christie says public workers shouldn’t count on back pay if there’s a shutdown
In 2006, the tens of thousands of state employees furloughed during the first-ever state government shutdown received back pay for the days they were out of work.
Samantha Marcus, NJ.com Read more

Assembly Speaker Prieto puts job on line in budget brawl
Prieto effectively announced Thursday, that he didn’t care — if his intra-party rivals want to team up with Christie’s rubber-stamp Republicans and cobble together the 41 votes to remove him, so be it. He’s not budging.
Charles Stile, The Record Read more

What will close if NJ government shuts down over budget this weekend?
The budget showdown at the Statehouse could impact your holiday plans.
If the Assembly does not approve a budget by midnight on Friday it could mean the closure of state parks and beaches as early as Saturday.
NJ101.5 Read more

State park campers oblivious to Trenton’s budget tumult
Any alarm in Trenton over the possibility of a state government shutdown over the extended July 4th Weekend had not yet spread to the campground at Allaire State Park.
Andrew J. Goudsward, Asbury Park Press Read more

Editorial: How Trenton’s political sausage gets made
Few want to see sausage being made. Even less pretty is watching livestock butchered before being forced into a grinder. This Upton Sinclair view into “the jungle” that is Trenton politics was on full display at week’s end. Assembly Speaker Vincent Prieto, D-Secaucus, turned a harsh light on a state budget process that has always been nasty, but more often than not, shielded from the public’s eye.
The Record Read more