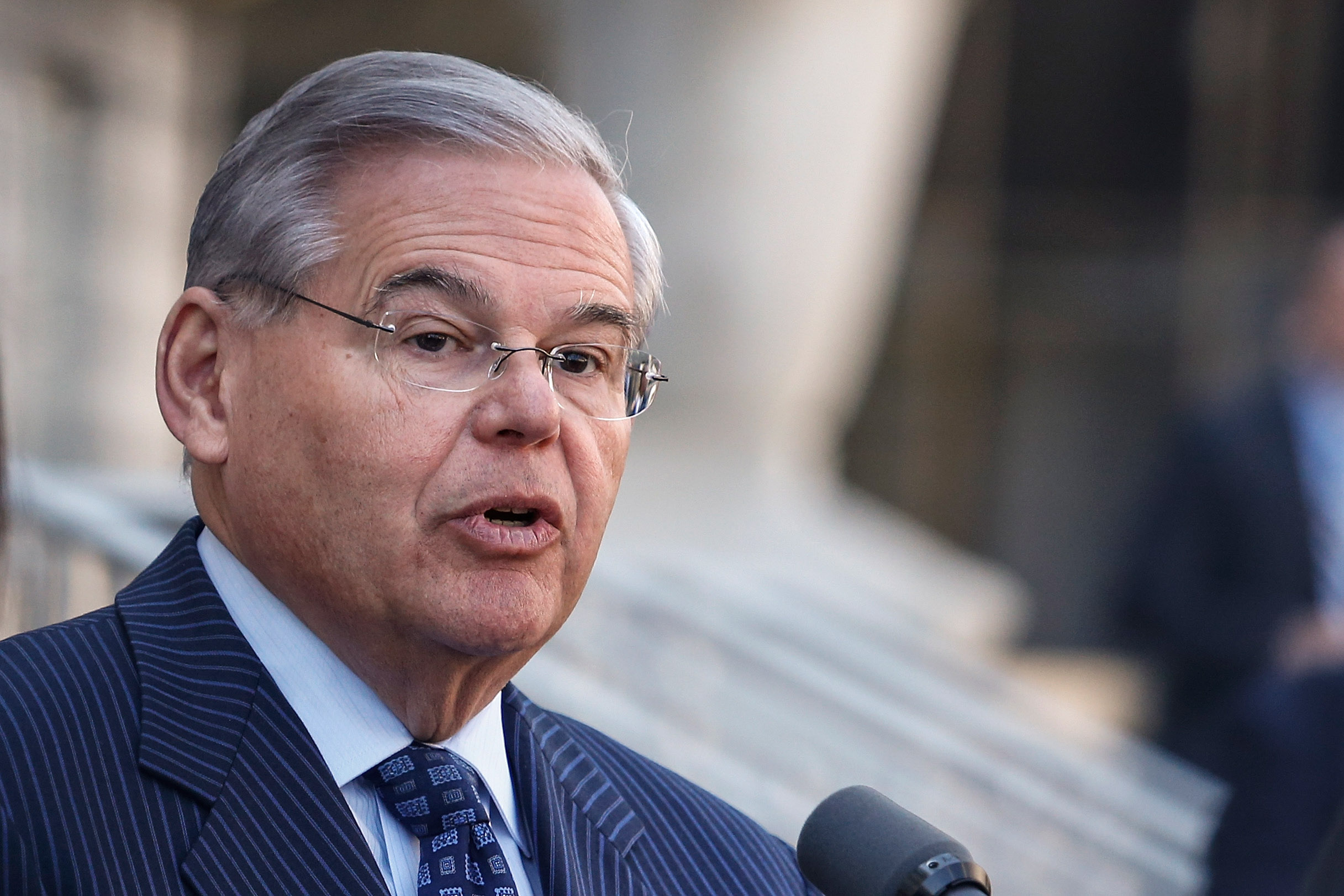 U.S. Sen. Bob Menendez is making another attempt to get his political corruption charges tossed out of federal court.

Attorneys for embattled senator — who is accused of using his office to help a wealthy Miami friend who gave him gifts and donations — are arguing recent rulings limit the scope of federal bribery law. Among the court decisions cited is an appeals court ruling last week that overturned the corruption conviction of former New York Assembly Speaker Sheldon Silver.

An earlier effort to appeal Menendez’s indictment failed when the U.S. Supreme Court declined to hear his argument. A trial is set for this fall.

Quote of the Day: “I’m gonna run. I’m gonna run,”  – Guadagno, who kind of ran away from reporters at the end of a heath care forum at Rowan University.

Guadagno, Murphy Have 9 Days Left to Pick Running Mates
Phil Murphy and Kim Guadagno have a little more than a week left to pick their gubernatorial running mates, and neither would tip their hand on Wednesday.
Christian Hetrick and Alyana Alfaro, Observer Read more

Bedminster Qualifies for Federal Funding for Trump Expenses
Bedminster is now officially a “residence of the president.” On Wednesday, Rep. Leonard Lance (R-7) announced that the Secret Service has changed the designation of the Somerset County town where President Trump owns his favorite golf club.
Alyana Alfaro, Observer Read more

As Trump world totters, Christie hones his pro-Trump brand
It wouldn’t come as a shock if by the end of the summer, Gov. Chris Christie is seen strolling down K Street in Washington, draped in a sandwich board sign that reads: “INSIDER FOR HIRE.”
The Record Read more

N.J. lawmaker on his role in trying to repeal Obamacare: ‘No regrets’
With Republican efforts to repeal and replace the Affordable Care Act on life support, Rep. Tom MacArthur said he had “no regrets” about his efforts to push the legislation forward.
NJ.com Read more

Lawmakers want override of Christie veto of oil train transparency bill
The Assembly Speaker said Wednesday he will push to override Gov. Chris Christie’s conditional veto last week of a bill that would have provided the public and first responders with more information about trains hauling volatile crude oil through communities in New Jersey.
The Record Read more

Moran: People, can we give the Gov a break?
Finally: a chance to break my streak and say something supportive about Gov. Chris Christie.
The man caught a foul ball at the Mets game Tuesday night, and the crowd booed him. Now that goes overboard.
Nj.com Read more

Frelinghuysen hints at town hall meeting
New Jersey’s longest serving congressman may be amenable to holding a live town hall meeting with his constituents after all, according to a video recording of him at recent municipal festival.
New Jersey Herald Read more