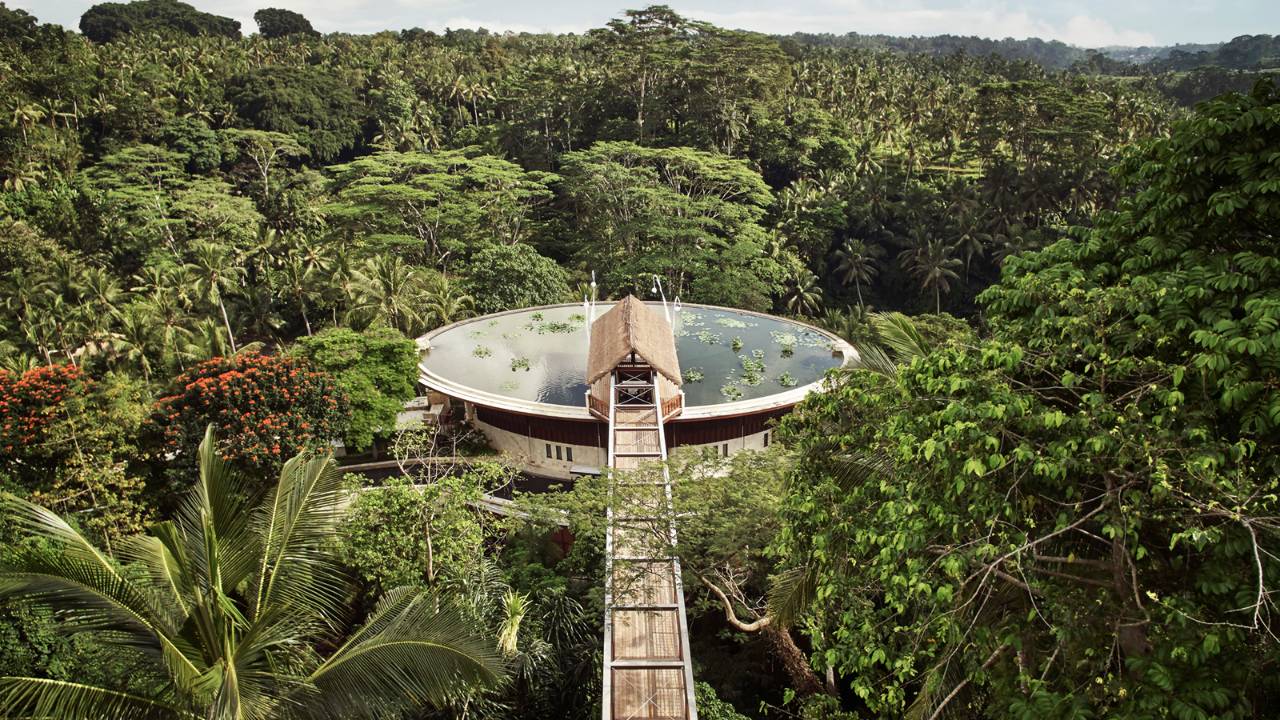 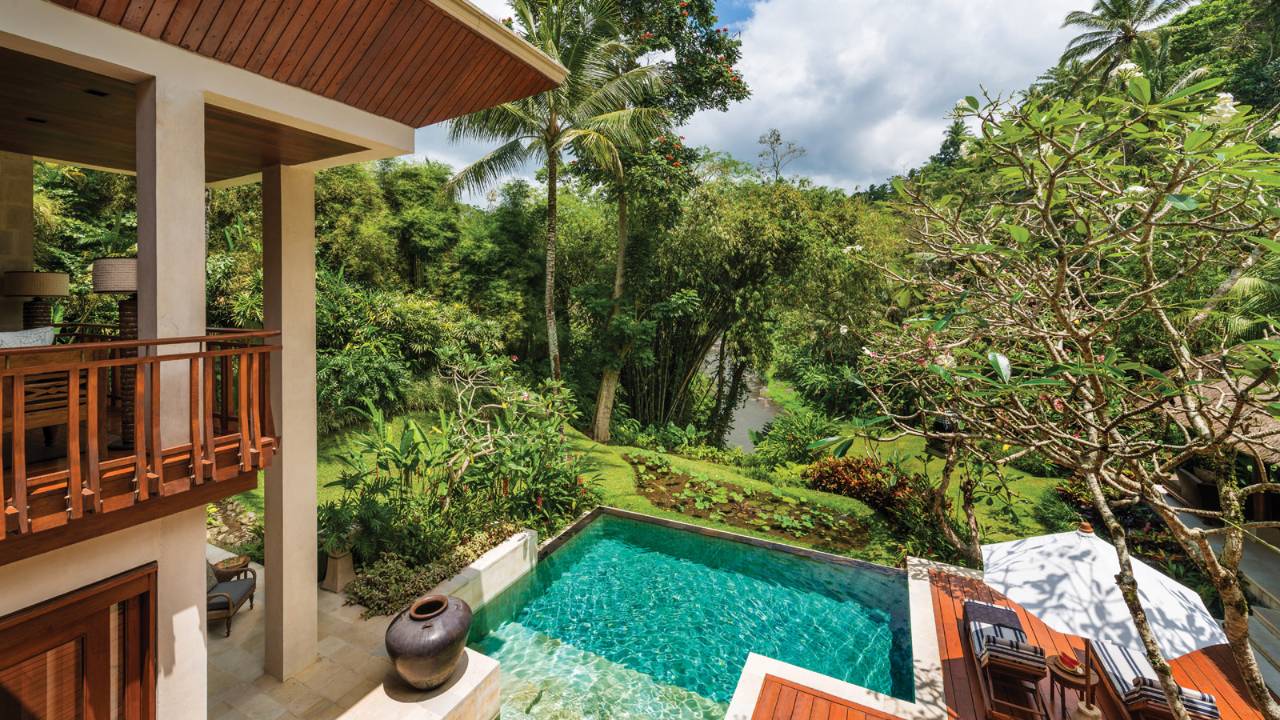 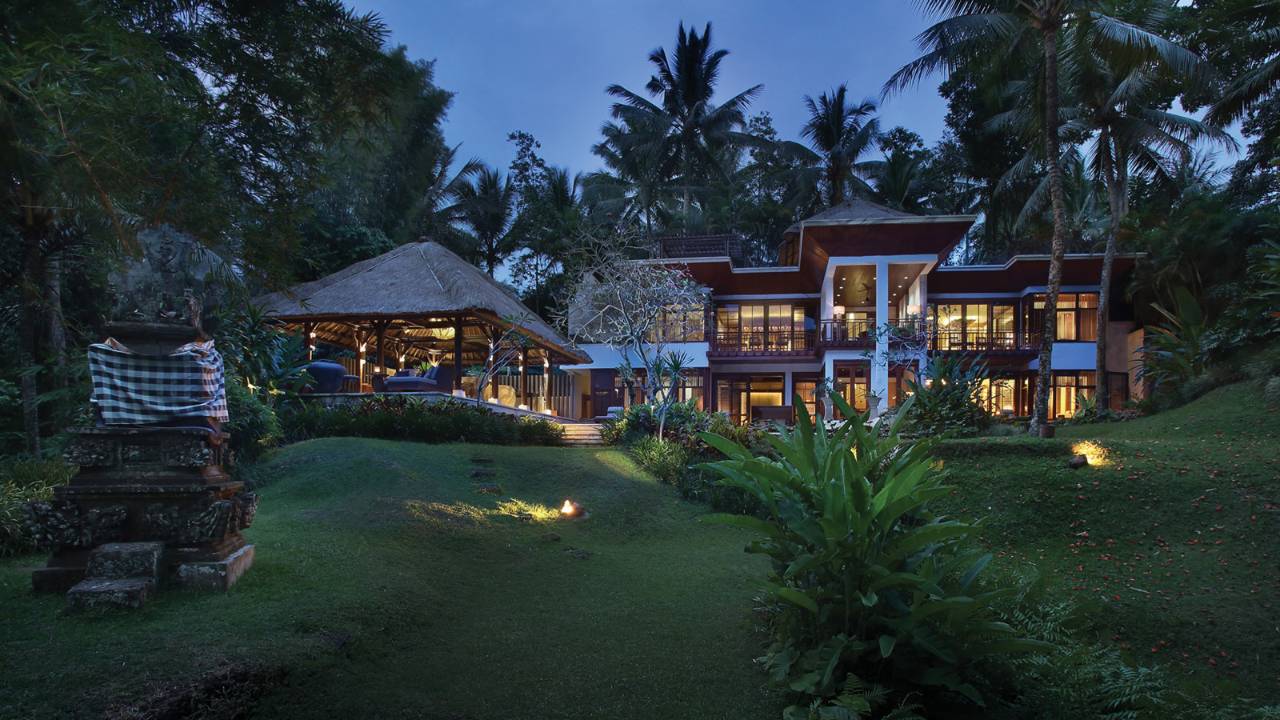 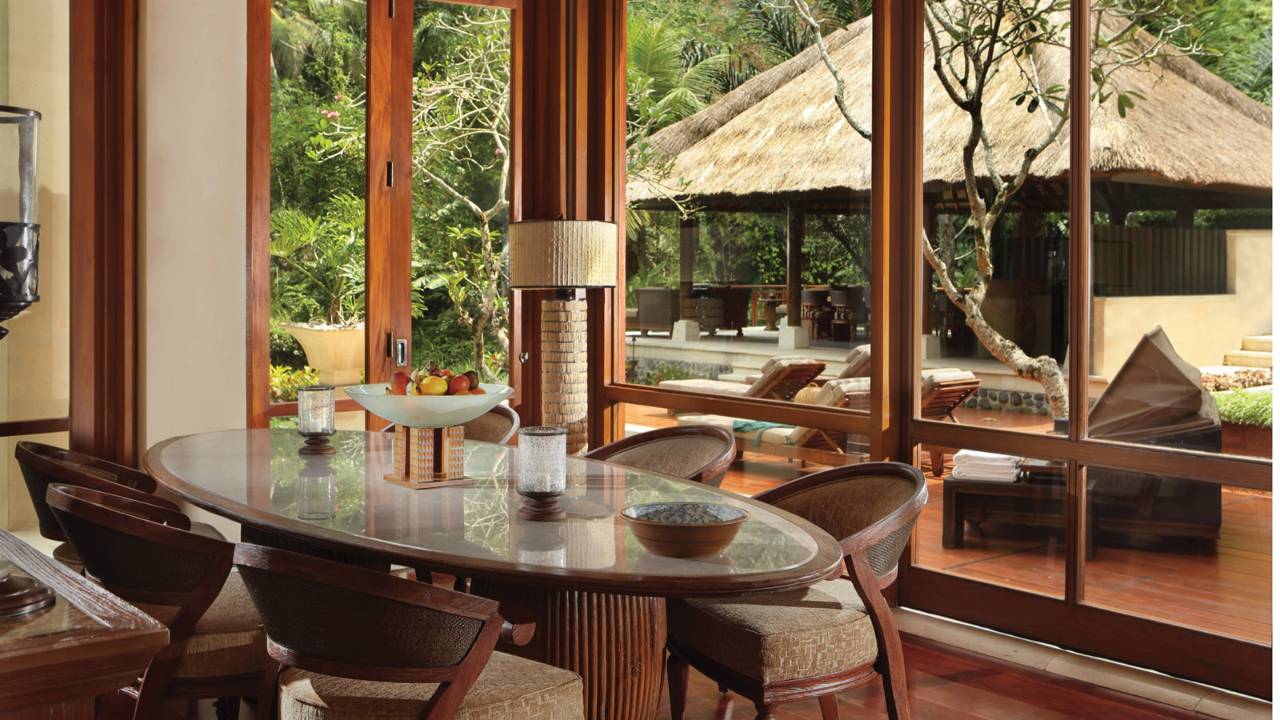 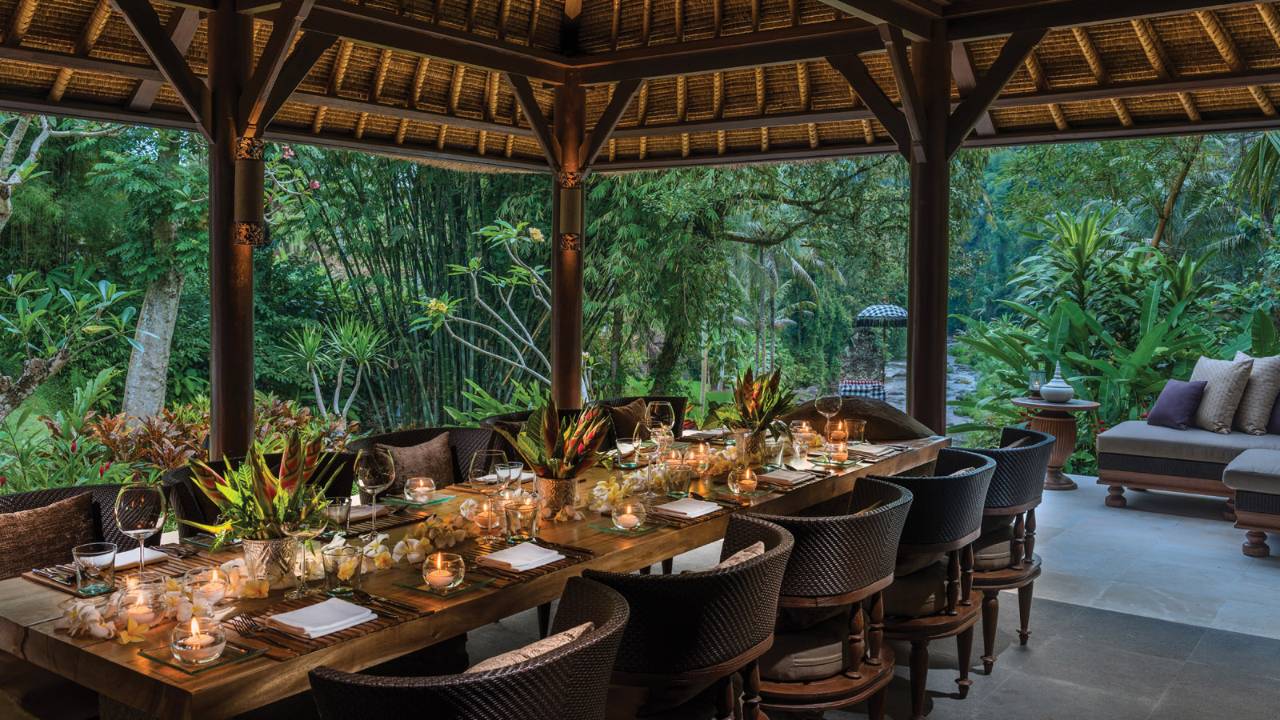 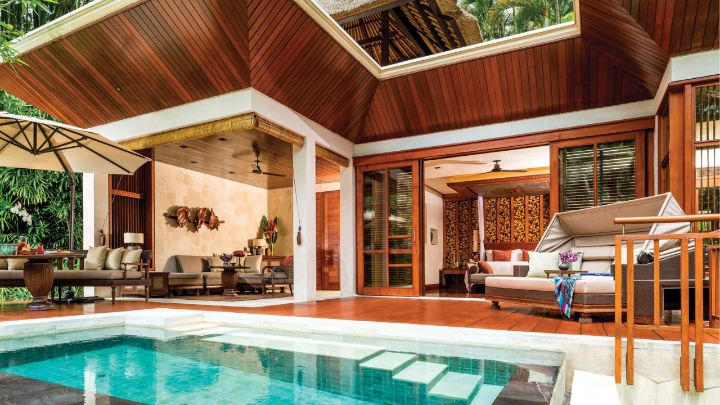 The other villas start at $2,500 a night.
Four Seasons Bali 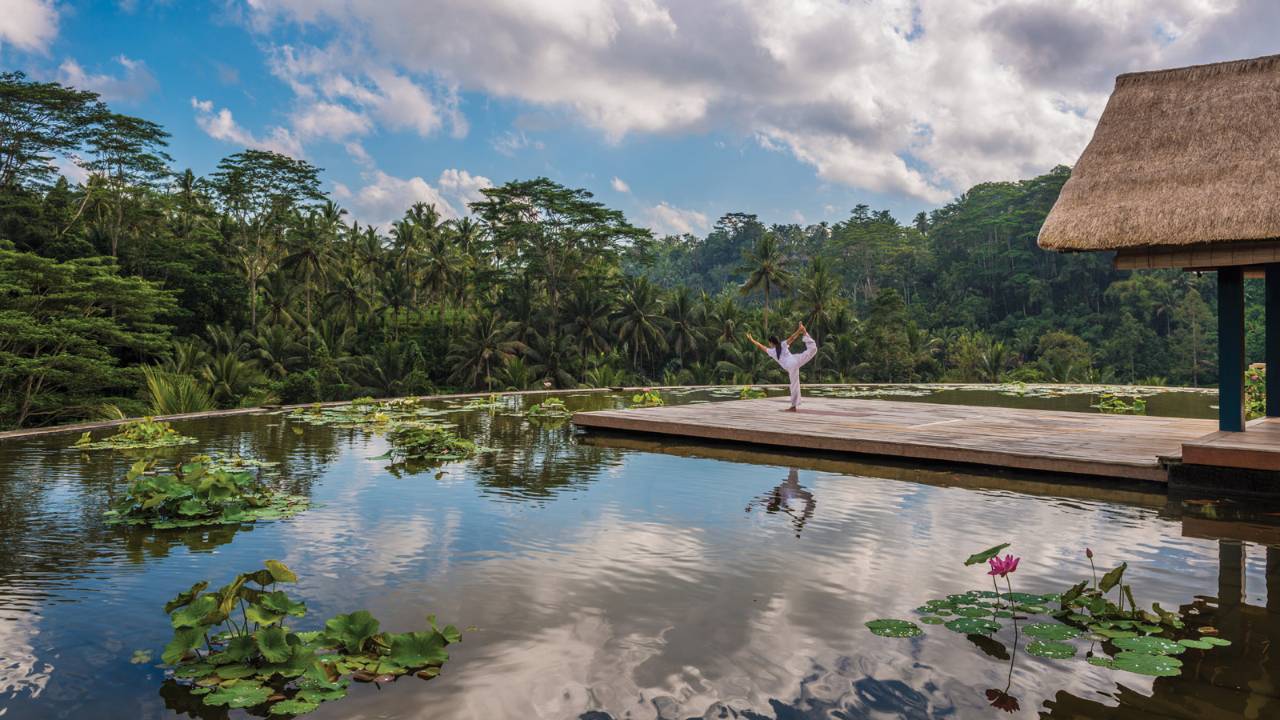 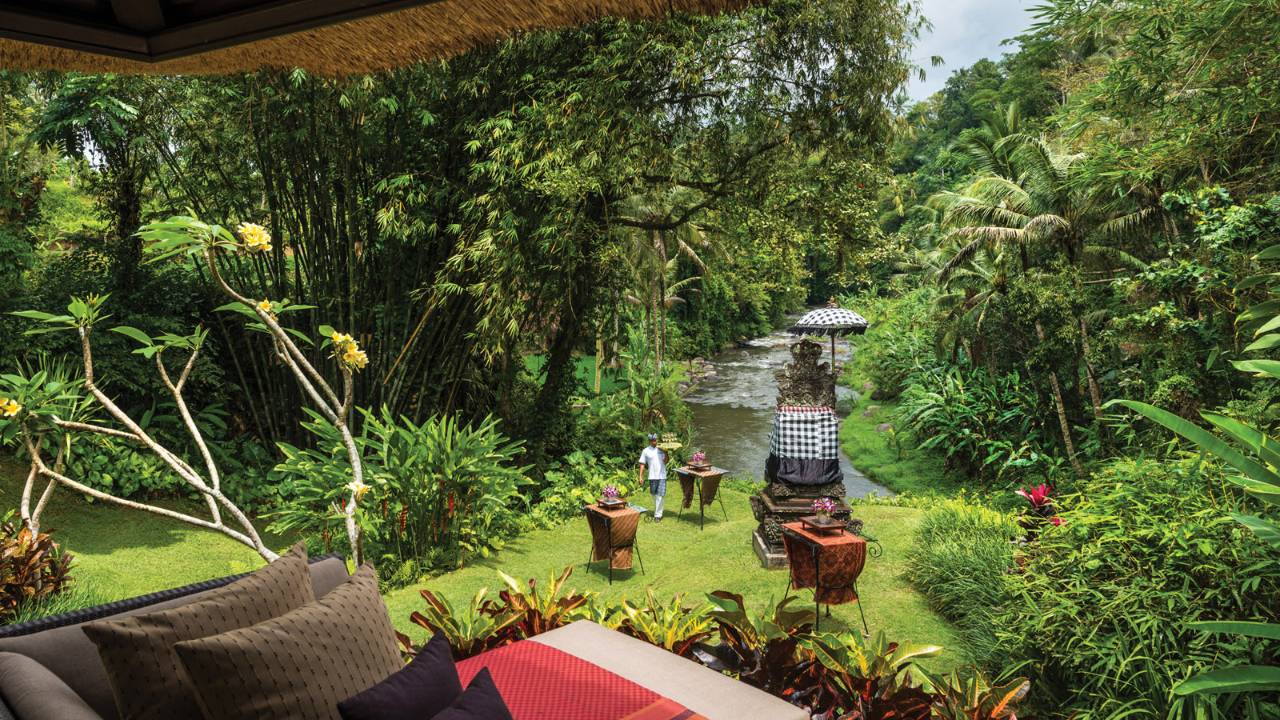 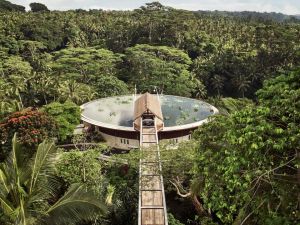 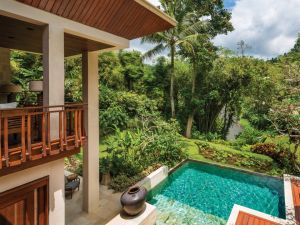 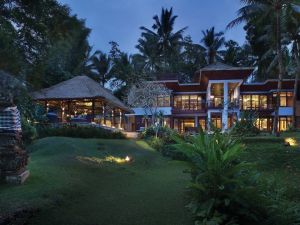 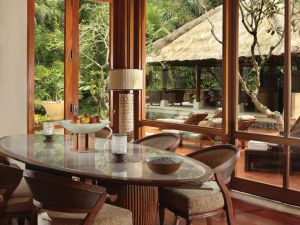 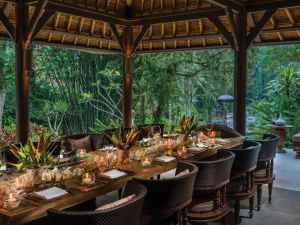 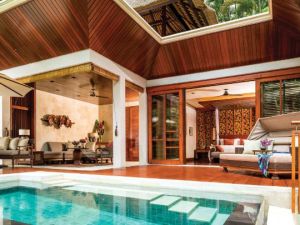 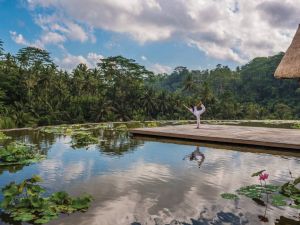 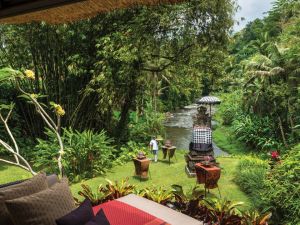 Bali is one of the most popular vacation destinations, and it’s easy to see why—the gorgeous locale is filled with tropical beaches, colorful coral reefs and many cultural sites.

The place is also Barack Obama-approved—the former president lived in Indonesia for a few years as a child, and recently embarked on a luxe ten day trip there with his family.

One of our favourite spots to soak up the serenity of this sacred river 📸: @ronnyang #riversidepool #travelinspiration #lovetotravel #beautifuldestinations #travelgram

The former president and first lady have gone on quite a few envy inducing vacations since vacating the White House, although for the most part, they left their two daughters behind. For this trip, during which they visited Bali, Java and Jakarta, they brought Sasha and Malia along.

The entire trip was lavish, but their five day stay in Bali might be the part we’re most jealous of. And while it will definitely cost you, you can book a trip to the luxurious resort they chose for their stay—the Four Seasons Bali at Sayan.

But the Obamas didn’t stay in just any of the rooms (there are 18 suites and 42 private villas at the hotel). No, the Obamas reportedly stayed in the most unique and extravagant accommodations of them all—the aptly named Royal Villa.

The three-story, three-bedroom residence overlooks the Ayung River, forest highlands and rice terraces. There’s plenty of space, as up to nine people can stay in the “palatial” villa, which is entered via the rooftop.

The price for the Obamas’ Royal Villa isn’t even listed on the Four Seasons Bali site. It’s available upon request, but the other villas there start at $2,500 a night.

The first level of the house includes a living area as well as a kitchen and indoor and outdoor dining areas—there’s even a dining gazebo, if you happen to want to throw a dinner party of sorts, where the staff will prepare a casual feast. Upstairs on the roof, there’s a lily pond and private meditation area.

Speaking of meditation, the resort is also home to the Sacred River Spa, where one can go for Balinese healing rituals, facial treatments, chakra ceremonies (unclear if they have Spencer Pratt-esque crystals) and more traditional spa programs like yoga, in addition to a wellness center with options that include cycling throughout the area.

As the many pictures that emerged on social media revealed, the Obamas were quite adventurous while in Bali, and definitely didn’t just sit around the hotel pool (no matter how relaxing and inviting it is). They were spotted whitewater rafting, touring the Jatiluwih rice terraces and visiting the Agung Rai Museum.

The Obamas aren’t the only famous faces to select the Royal Villa at the Four Seasons Bali—Julia Roberts stayed in the exact same villa for three months while she was filming Eat, Pray, Love.