Welcome to “Weekend Stream,” where every Friday, Darian Lusk—comedian and writer living large in Brooklyn—will gently recommend something new and exciting to stream, listen to, or play over the weekend. Follow him on Twitter @eatpraylusk.

From the Beatles’ “Yesterday” to the Knack’s “My Sharona” (which was slightly less impressive) some of the most famous songs were written in an hour or less. So if musicians can do it, can’t two much less musically gifted comedians?

This is the premise of one of the most consistently enjoyable, innovative podcasts of the past year, Our Debut Album. The show, currently streaming on iTunes and at Ourdebutalbum.com, sees beloved Canadian humorists Dave Shumka and Graham Clark write a hit song every episode. And at the end, we get to hear it.

The mission is simple: The comedians, often with the help of a guest, have an hour to write a brand new track based on a concept they decide at the beginning. The concepts range from Prince-inspired funk to “song of the summer,” as with the final episode that aired this Wednesday. The cardinal rule is the song must not be a comedy song; it can be as funny as Ween, or less. Which is a good place to draw the line.

Shumka and Clark are best known as the hosts of Stop Podcasting Yourself, a great, non-musical podcast that runs on the independent podcast network Maximum Fun. On that show, the duo interviews fellow comedians and friends, and it’s regularly a terrific exercise in banter and a glimpse into Canadian life, which seems simply wonderful. Our Debut Album started as a one-off bonus episode for subscribers—with a memorable song about a gay Werewolf—but after finding the exercise a success, they decided to make the side project a thing of its own.

ODA is an absolute treat for anyone who enjoys witnessing the craft of songwriting, especially from two seasoned hosts, as their main podcast has been running for 486 episodes. Not only will the songwriting tools used by Shumka and Clark rub off on you, but the fact that they bust out so many great tracks so quickly (Especially Sharon Shockwave, co-written by How To Dress Well’s Aaron Reid who is a gem) is a fire of inspiration for any musician. Hearing comics riff on topics like hotel ashtrays and the Home Alone franchise is funny enough as it is. But hearing a song be crafted at the same time is something special.

My personal experience with Maximum Fun is that I actually attended the 2016 MaxFunCon East, a three-day podcast convention in the Poconos. Let’s not mince words: it was lit. Many of the network’s biggest names were there, like the McElroy brothers of My Brother, My Brother and Me, and Max Fun founder Jesse Thorn. Also Dan Deacon DJ’d a party the last night. He didn’t play any of his own tracks but did throw on some Kate Bush.

But while many of the attendees were having involved discussions about the network’s main podcasts, my boyfriend and I were telling everyone to check out Our Debut Album, which had just started at that time. It definitely won us some points with podcast producers who knew we were onto something.

Up In The Air (2009): Jason Reitman’s touching film about a man who flies from state to state laying people off during the recession (played by George Clooney) is one of his best films. Maybe even better than Young Adult and crowd favorite Juno. The film co-stars Anna Kendrick and definitely evokes peak pessimism during the fallout from the Bush years. But in a good way.

Waxahatchee Out In The Storm: Katie Crutchfield’s fourth album is absolutely fierce and everyone discussing it on your timeline solely based on the NPR First Listen was right. Out In The Storm is Waxahatchee’s strongest statement yet and it rocks hard. It’s the album of the weekend for sure. 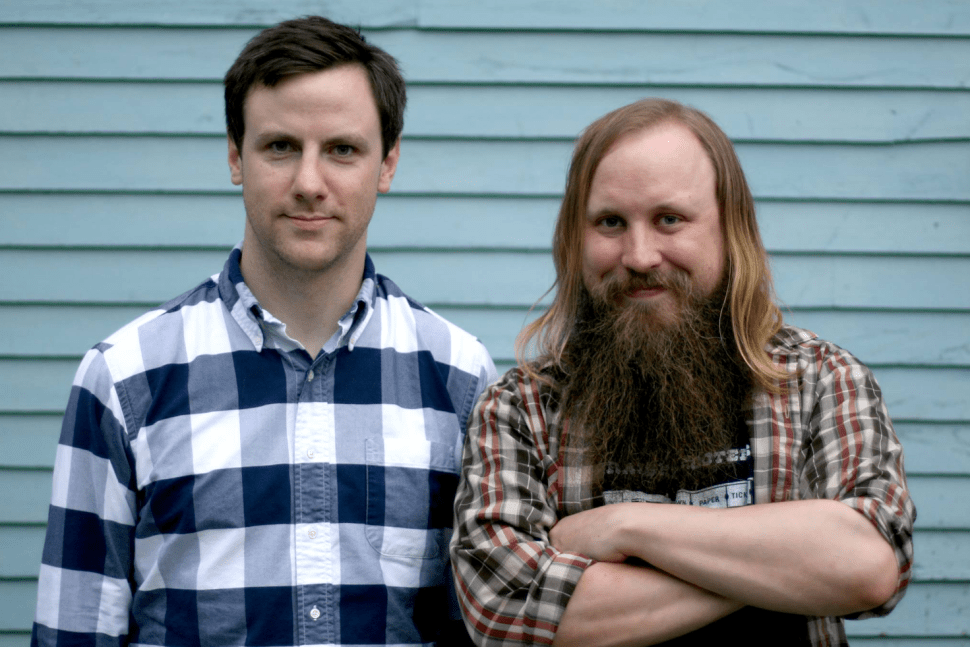