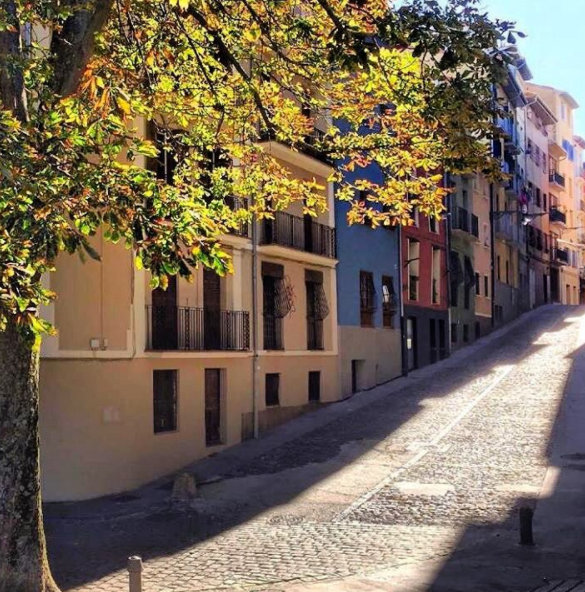 The annual San Fermin festival begins today, and with it comes the centuries old tradition of the running of the bulls.

The festival takes place in Pamplona, a town in northern Spain, every year from July 6 to July 14. This year—starting on July 7, the running of the bulls occurs every morning during the festival. Each morning, a group of bulls are led through the streets of the old quarter of Pamplona, and then participants run in front of them as they are let loose and herded from the street to the bull ring (hence the name). It’s an extremely dangerous event for those who opt to partake, but that doesn’t stop thousands of people from across the world flocking to the city to embrace their inner Hemingway. While the writer never actually took part in the run himself, he drew on his experiences of visiting Pamplona during the festival in 1925 and watching the running of the bulls when penning his 1926 novel, The Sun Also Rises. 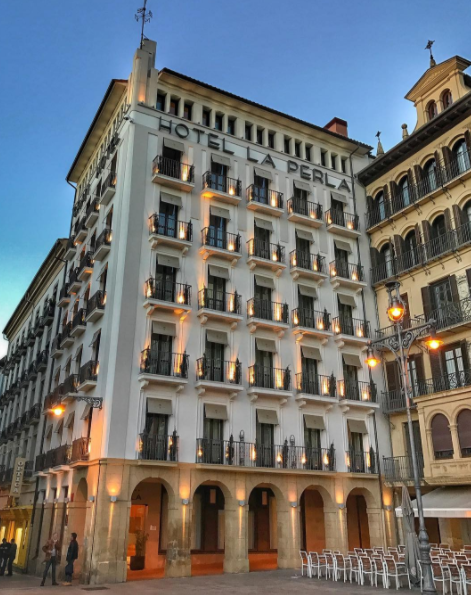 The bulls runs might be one of the biggest draws, but they aren’t the only reason to visit Pamplona for San Fermin. While Pamplona is a lesser known spot than summer destinations Ibiza and Marbella, and cities such as Barcelona and Madrid, there are still luxe accommodations, chic restaurants and cultural places. Below, see the top activities to check out in the Spanish city—beside the bulls. 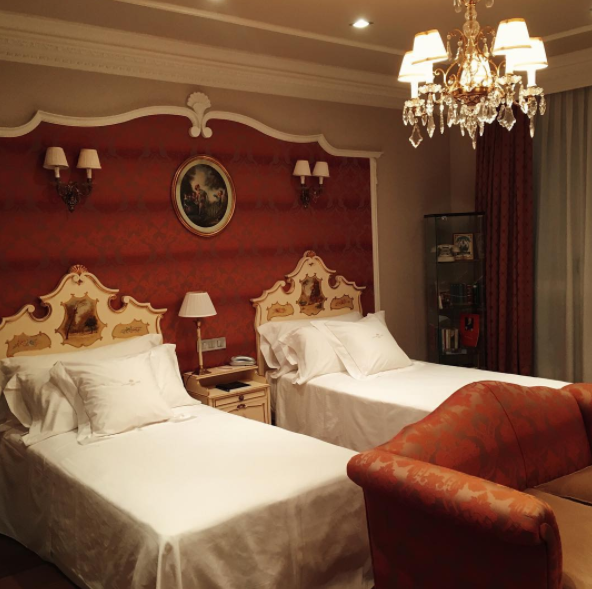 This historic, 19th century hotel counts Ernest Hemingway, Orson Wells and Charlie Chaplin among past visitors. The five-star hotel is the oldest in Pamplona, and is comprised of 44 balcony-equipped rooms, facing out onto the streets of Pamplona. It’s located on the corner of the Plaza Castilla. It was entirely renovated in 2007, with all the modern amenities you’d desire. It’s also right by the Windsor bar, which was one of Hemingway’s favorite spots, and where people would meet pre-evening bullfights. 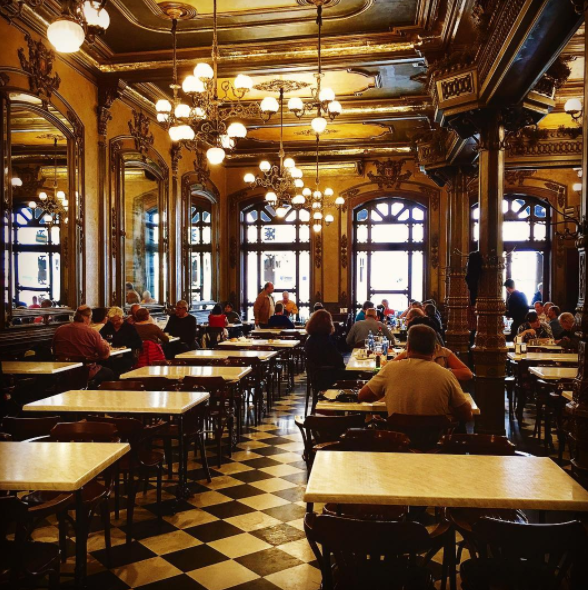 This charming cafe is another Hemingway haunt; it offers a variety of drinks and small bites in a setting that looks largely like one would expect when the writer would come by. Café Iruña was founded in 1888, and is filled with period lamps and big mirrors. It’s a favorite of both locals and tourists. Opt for an outside table, which is ideal for people watching since, like Gran Hotel La Perla, it’s located right on the city’s main square, Plaza del Castillo. 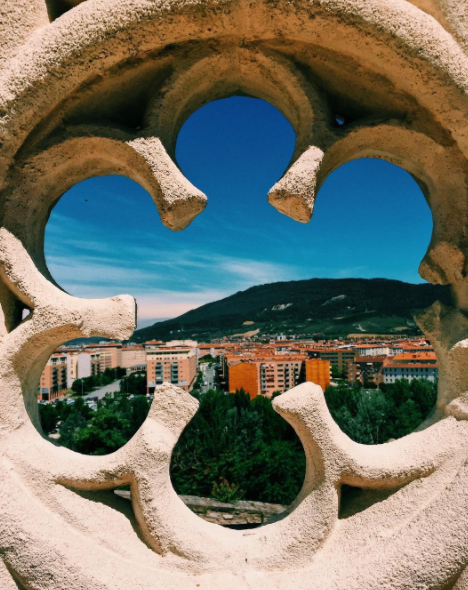 To take in some culture, go to Museo de Navarro, which is on the Calle Cuesta Santo Domingo. The museum is located in a formal medieval hospital with a rather interesting assortment of art and other pieces. It’s also the home of  Francisco de Goya’s Marqués de San Adrián. 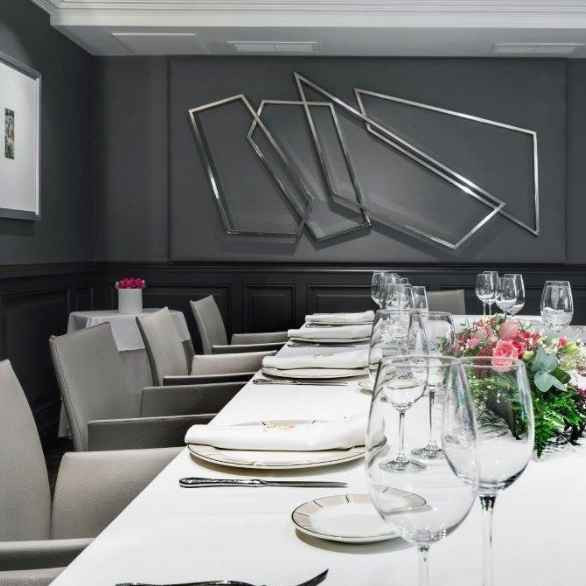 This is one of the more formal dining experiences in Pamplona. The restaurant has seven private dining rooms, if you’re interested in a more intimate affair, as well as set tasting menus. The traditional Navarran and Basque cuisine is served in a chic setting—also, Restaurante Europa received a Michelin star in 1993. 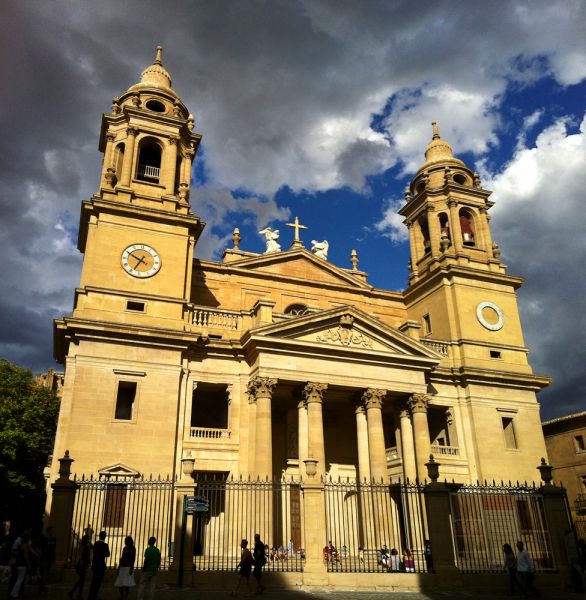 The Cathedral de Santa Maria is in Pamplona’s Old Town, which you should definitely make the trip to if you visit. The Gothic style cathedral was built around the 15th century, and is part of the Cathedral Museum, and it has arguably the largest number of artifacts and treasures of the city. Make sure to check out the cloister there. 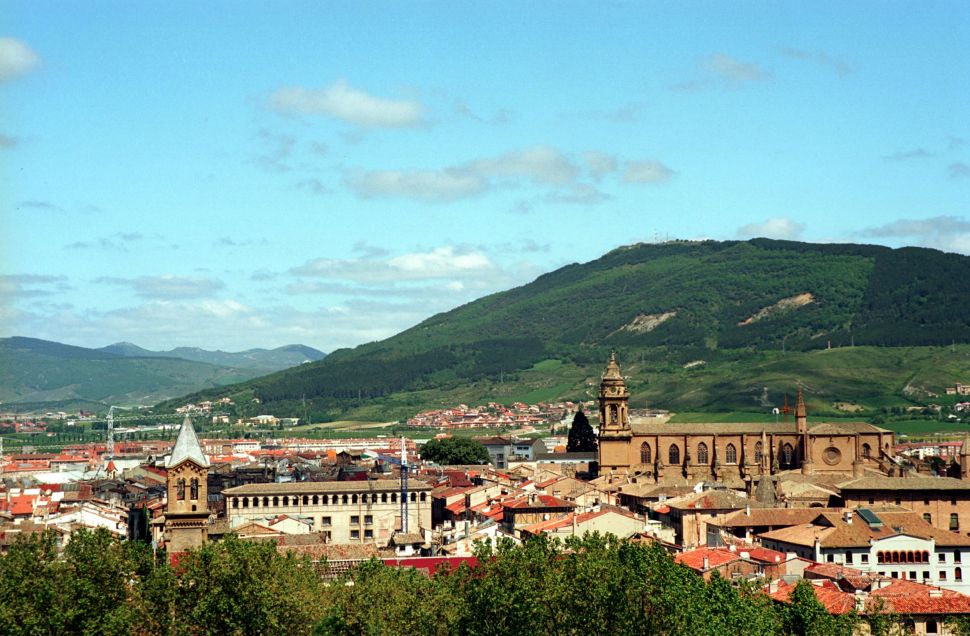