Twitter’s blue-checkmark circle jerk lost its hive mind with glee early Monday when Pew released the results of their latest survey of our national institutions. This survey indicates that over half of all Republicans and Republican-leaning Independents (58 percent) believe that colleges and universities have a “negative effect on the way things are going in the country” compared to just 19 percent of Democrats and Democratic-leaning Independents. Finally, even MORE proof that Republicans and their ilk are knuckle-dragging straw-chewers!

Pew is one of America’s few unimpeachable sources of public opinion and survey research, so there is no question as to the numbers they produce. They note in their report that the perception of colleges and universities among Republicans has nosedived since 2015, when 54 percent of Republicans expressed a belief that these institutions had a positive impact on the way things were going in the country.

However, missing from the 140-character celebration is some badly-needed context as to why this is the case. How could it be that such a large percent of the country believes that the six-figure investment that many of them are making on their children is bound to negatively impact the direction of our country? Just two years ago, over half of Republicans held a positive view about the impact that colleges and universities have on the direction of our country. It’s a short and sudden flip flop that begs the question “Why?”

Most people agree that attending college is one of the most reliable ways for a person to get ahead in life. Of course, there are the outliers —such as Bill Gates and Mark Zuckerberg—who didn’t complete their degrees, but studies consistently show that having a college degree is associated with higher earning power compared to having a high school diploma.

In spite of these clear benefits, people can’t resist a story about a college with egg on its face. Colleges and universities throughout our country have always enjoyed the sort of PR cache that gets them about as much positive coverage as President Trump’s Twitter account, which is to say, they’ve been made into a national laughingstock. From safe spaces to petitions to ban the American flag, the nature of higher education often lends itself to indulging the most radical beliefs and the most infantile demands of students and sometimes faculty.

One of the most important functions of college is to provide a forum for students to expand their minds and challenge their preexisting beliefs. Yet, we live in an age of trigger warnings, a time diametrically opposite of the activism of the late 1960’s college campuses, where students protested to everybody with a desire to learn and welcomed speakers with unconventional ideas to campus. Today, students and faculty do all they can to push out dissenting opinions and perspectives. My alma mater, Rutgers University, managed to scare away their scheduled 2014 commencement speaker, Condoleezza Rice—a move that President Barack Obama rightly called out in his commencement address in 2016.

Clearly, even Democrats see cause for concern about the direction of higher education.

The suppression of dissent at college campuses across the country isn’t the only indicator of a sickness in the culture of higher education. Last year, the Victims of Communism Memorial Foundation released their annual report on U.S. attitudes toward socialism. A stunning one-third of millennials, the most well-educated generation, reported they believed that more people were killed under George W. Bush’s eight-year presidency than under Josef Stalin’s 30-year dictatorship. That is seriously some real tin-foil hat stuff.

So, perhaps it isn’t so insane that people are concerned about the state of higher education in our country. Perhaps it is even the case that so many Republicans are concerned about the impact that colleges and universities are having on the direction of our country precisely because they understand the value of a good education and the importance of free, open, and intellectually challenging debate. Maybe they see the exploding costs of higher education and the number of young people who graduate with debt in the six-figures, unable to buy a home or start saving money until they crawl out from underneath that debt, and wonder how that will impact their future. Unfortunately, the reductive headlines and snarky tweets would have you believe that Republicans believe that colleges and universities are negatively impacting the direction of our country simply because they don’t value education—and that is simply not the case. 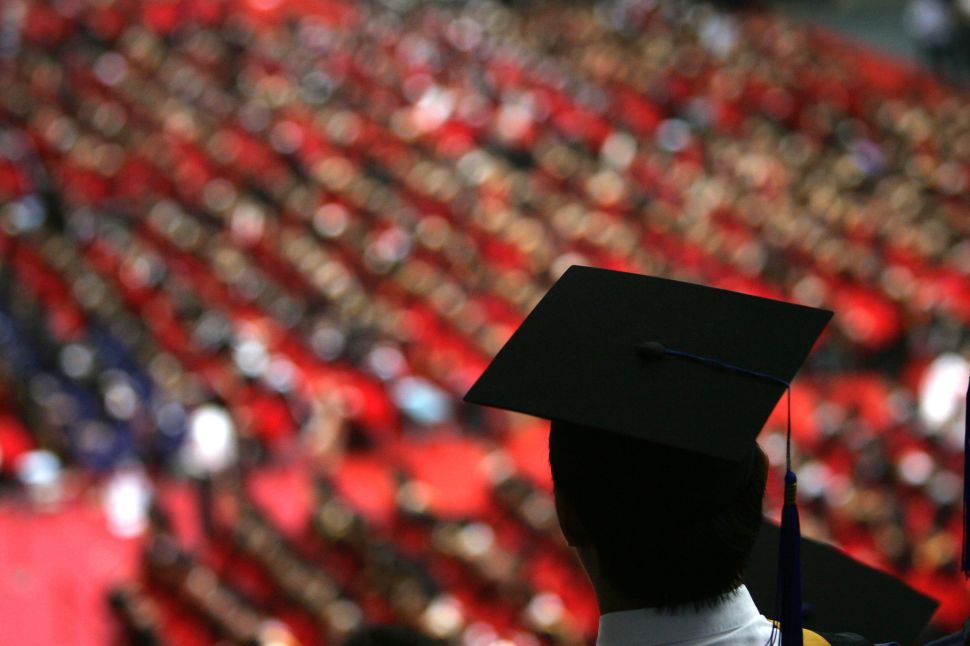