New findings uncovered by archaeologists from the University of Aberdeen at Burghead Fort near Lossiemouth, Scotland may shed light on the complex power structures of the Pictish Kingdom, a group which occupied the region during the late Iron Age and early Medieval period. During recent excavations at a known Pictish settlement that was previously believed to have been destroyed during the 19th century, experts uncovered remains of a longhouse as well as an 1,100-year-old coin depicting Alfred the Great, reports the Scotsman. The new finds not only debunk previous theories that remaining Pictish settlements in the area were lost beneath the buildings of newer towns, but also suggests that Burghead may have once been a powerful center for the Picts during a critical period in European history.

“Very little is known about Pictish architecture so this finding could provide vital clues as to the character of Pictish domestic architecture and the nature of activity at major forts such as Burghead,” said University of Aberdeen senior lecturer Dr. Gordon Noble to the Scotsman.

Archaeologists from the University of Aberdeen first began excavating at the site in 2015. However, the discovery of the longhouse and its contents have the the potential to open new doors to understanding the mysterious peoples who were among Scotland’s earliest settlers, according to a brief history written by the Scotsman last year, including how their political power was organized.

“Overall these findings suggest that there is still valuable information that can be recovered from Burghead which would tell us more about this society at a significant time for northern Scotland—just as Norse settlers were consolidating their power in Shetland and Orkney and launching attacks on mainland Scotland,” said Noble.

Meanwhile, uncovered beneath the floors of the longhouse, the coin prominently features Alfred the Great, the English King best known for successfully defending the last Anglo-Saxon kingdom of Wessex against Viking armies. “The coin is also pierced, perhaps for wearing; it shows that the occupants of the fort in this non-monetary economy literally wore their wealth,” according to Noble.

The artifact dates to the late 9th century A.D., and the team believes it represents that last period in which the fort may have been occupied and used, as well as suggests that the settlement was part of a vast network of trade routes.

The findings at Burghead represent major progress in better understanding the Picts, whose language and culture disappeared after around 900 A.D. However, like the findings at Burghead, the fate of the Picts may have been hiding in plane sight for centuries, according to recent DNA testing which has revealed that nearly ten percent of Scottish men carry the group’s ancestral genetic markers. 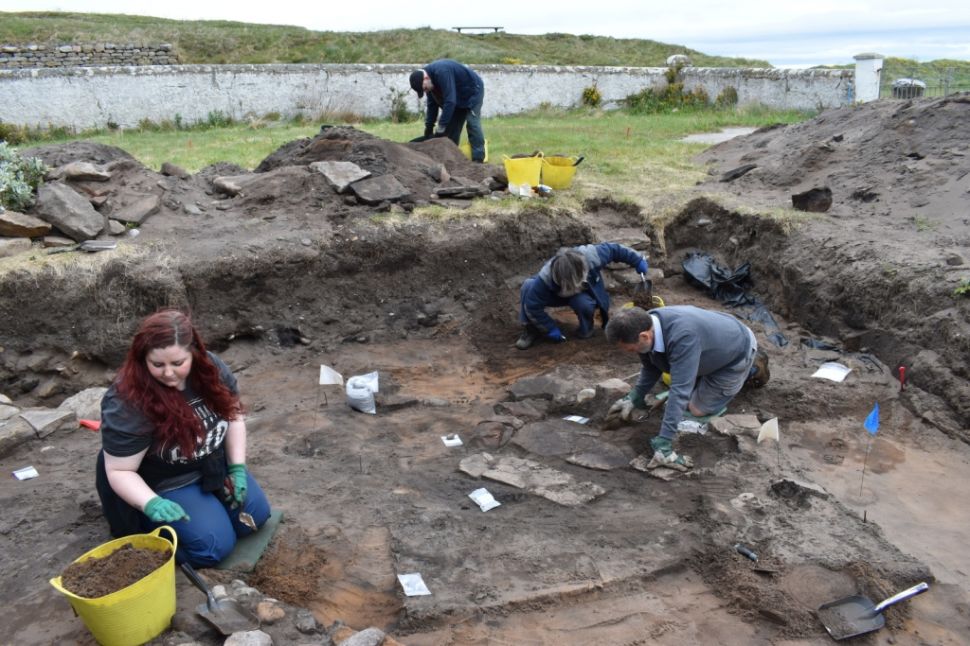