Using the app’s Drinks feature, you can now get booze (including Postmates partner Stella Artois) delivered to your door in 25 minutes or less. The type of alcohol depends on your location, however—the New York service offers mostly wine and spirits, while Texas has a bigger beer selection.

And since it’s Independence Day weekend, Postmates added an extra Easter egg to the app update for its drinks feature. The hack featuring America’s most patriotic musical was first discovered by Casey Newton, Silicon Valley editor at The Verge:

"911 emergency."
Yes hello Postmates did a Hamilton parody in their release notes pic.twitter.com/mA5loanXWU

Yes, Postmates wrote its own version of “Cabinet Battle #1” from Hamilton. And while the rhyming is a little awkward, it certainly gets the point across: use the code WHEREMYSHOEFITS (also a “Cabinet Battle” lyric) to get a free delivery—Postmates normally tacks a $3 fee onto orders under $30.

The food delivery service kept up the Hamilton theme in its cheeky reply to Newton, which quoted “Cabinet Battle #2”:

if you don’t know, now you know Mr. Editor

This promotion is almost certain to go better than Postmates’ May ad campaign in the New York City subway, which featured provocative images like a woman closing her eyes and shoving avocado toast into her mouth with the caption “Love At First Bite.” The ads were labeled “gross” and “like torture” on social media. 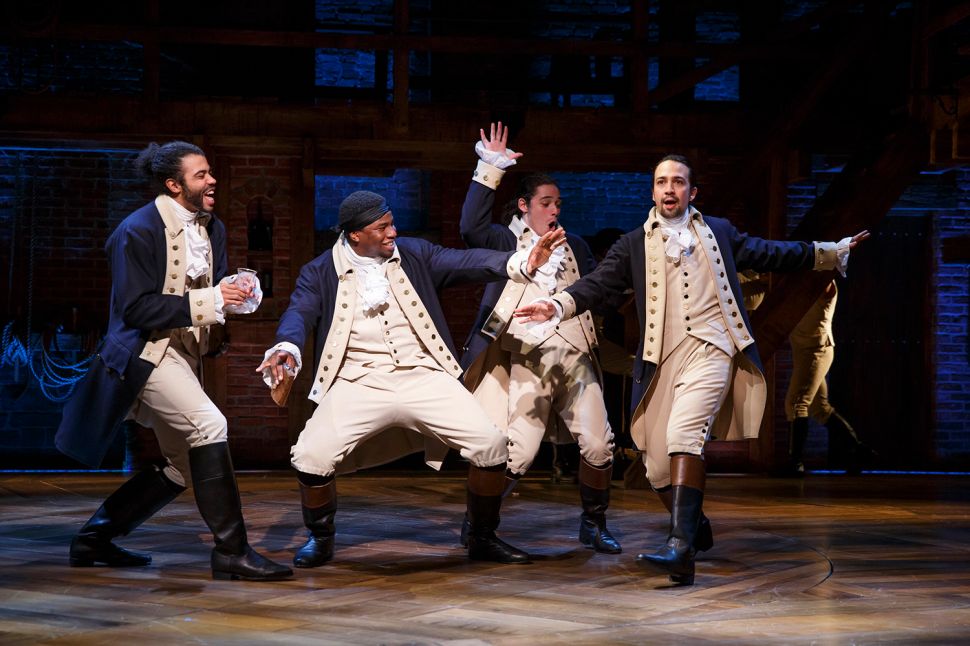