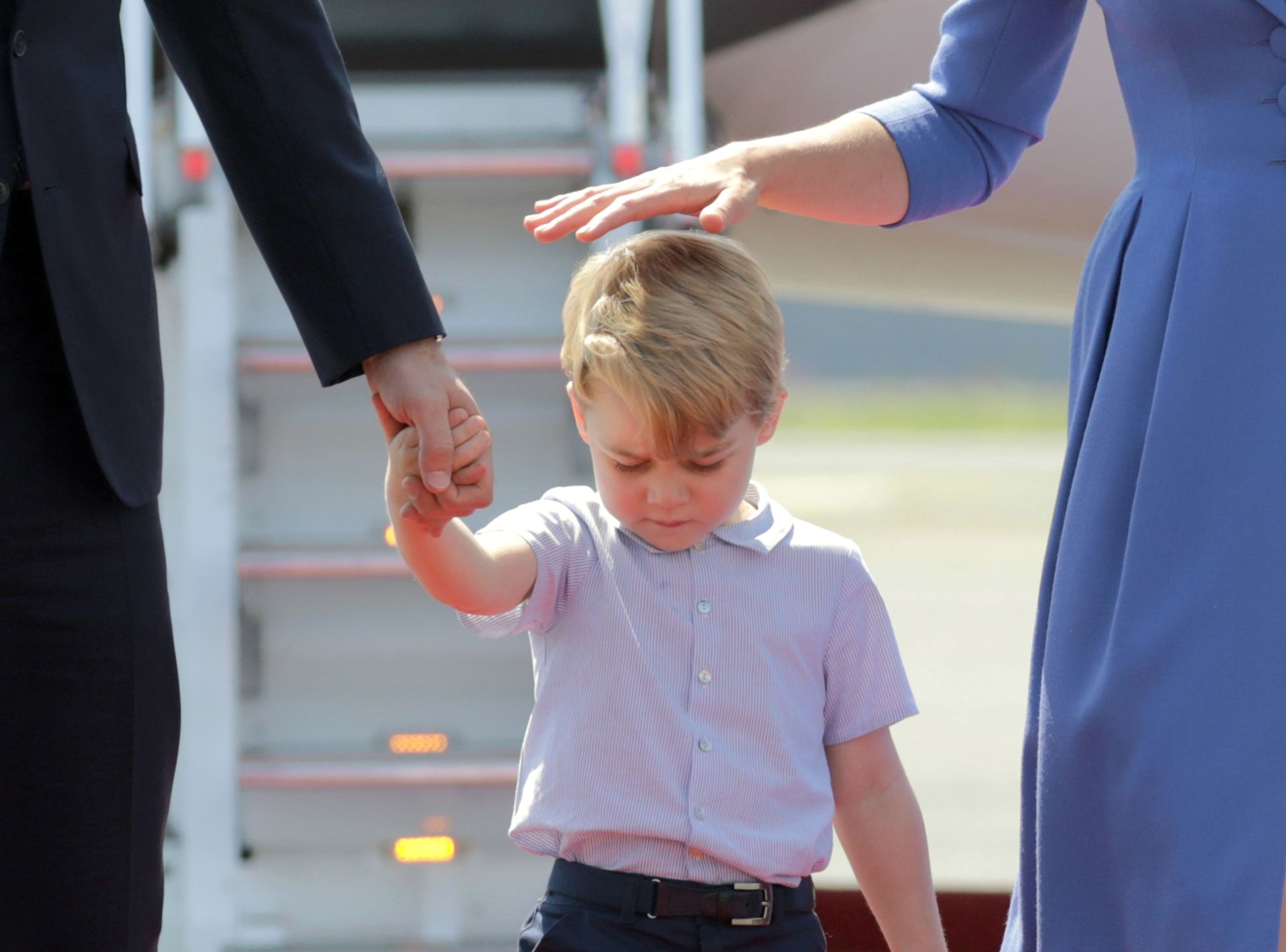 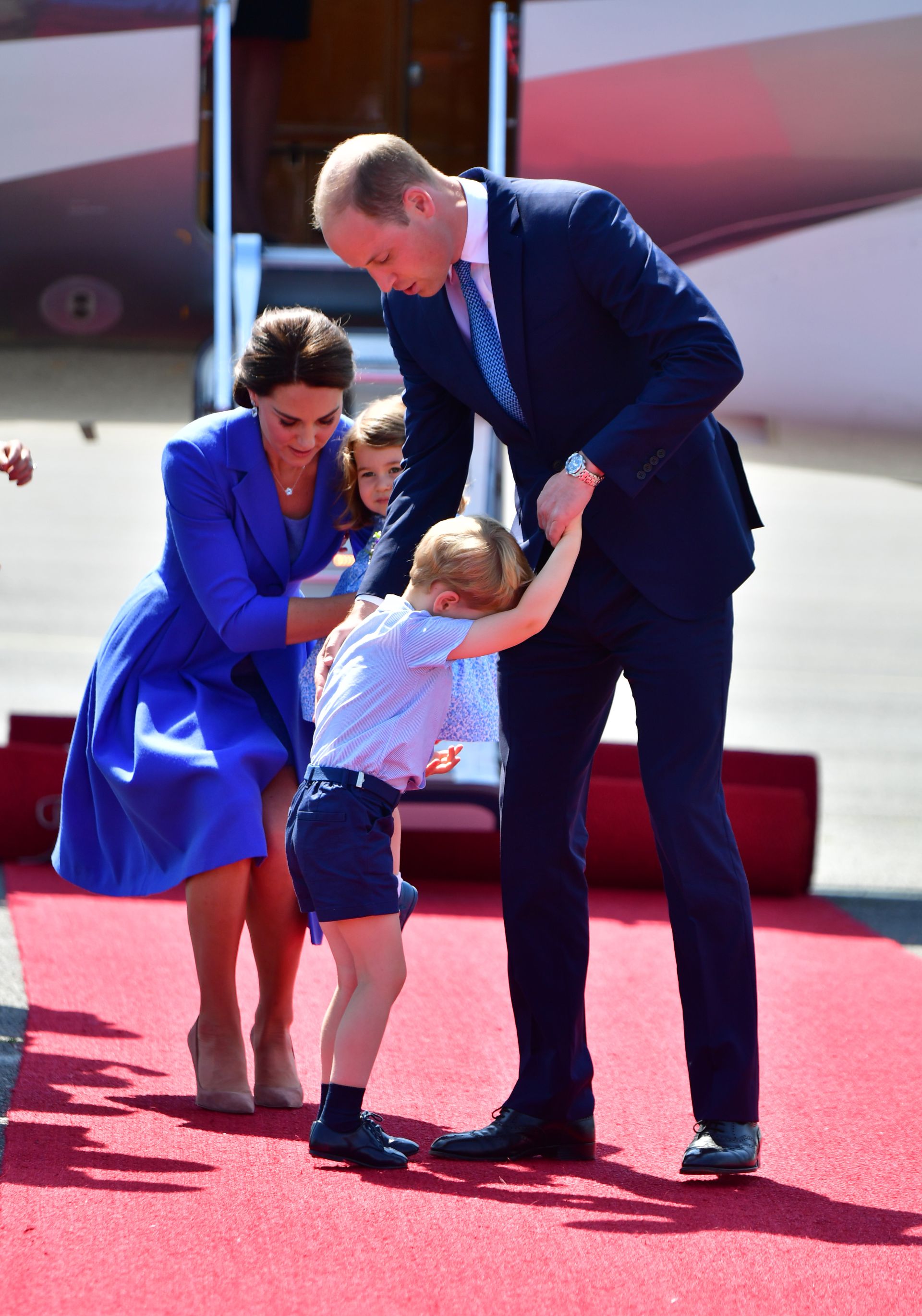 At one point, it looked like the little prince had given up entirely.
Prince George With Parents
Robin Utrecht/Getty Images 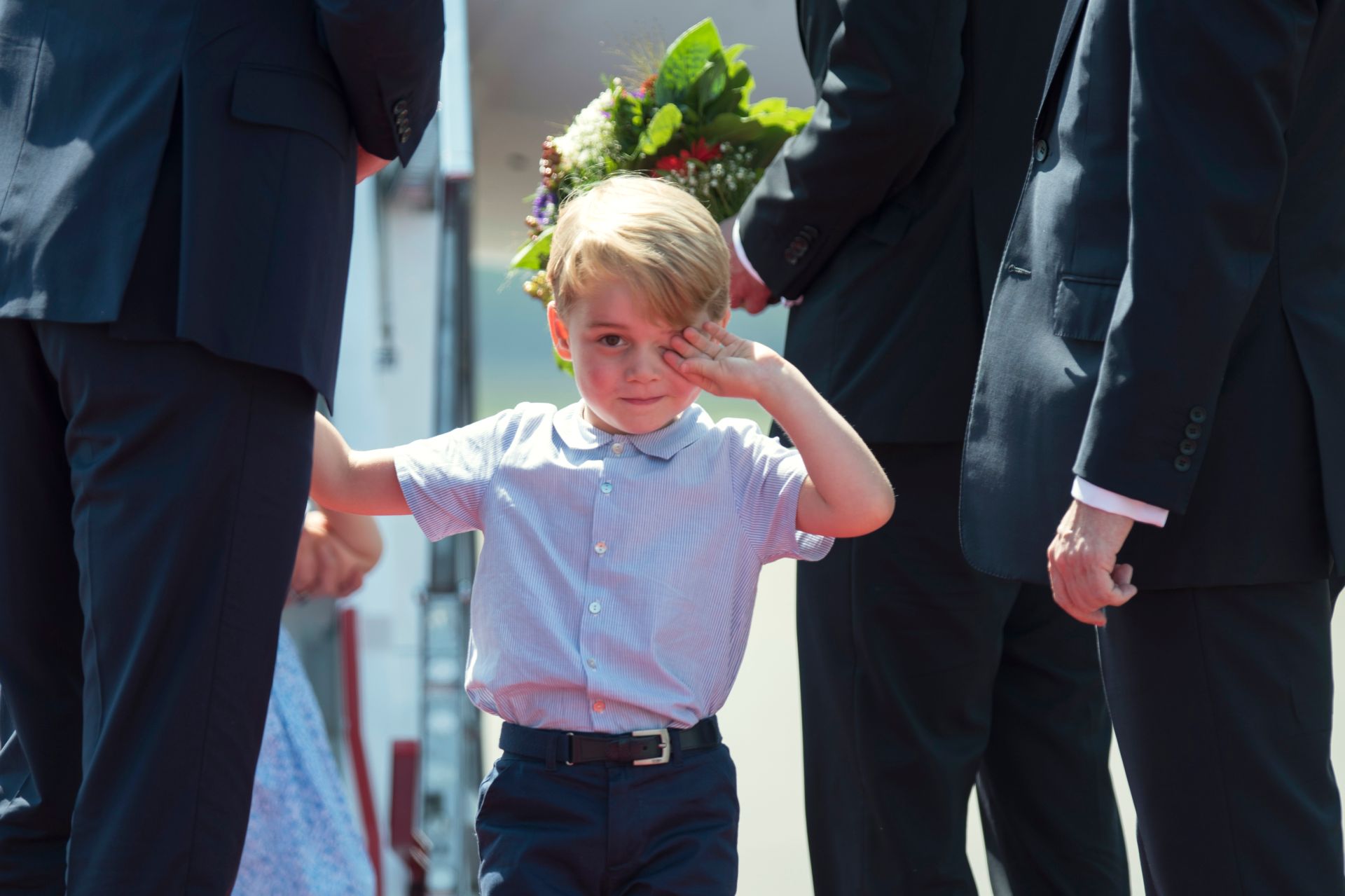 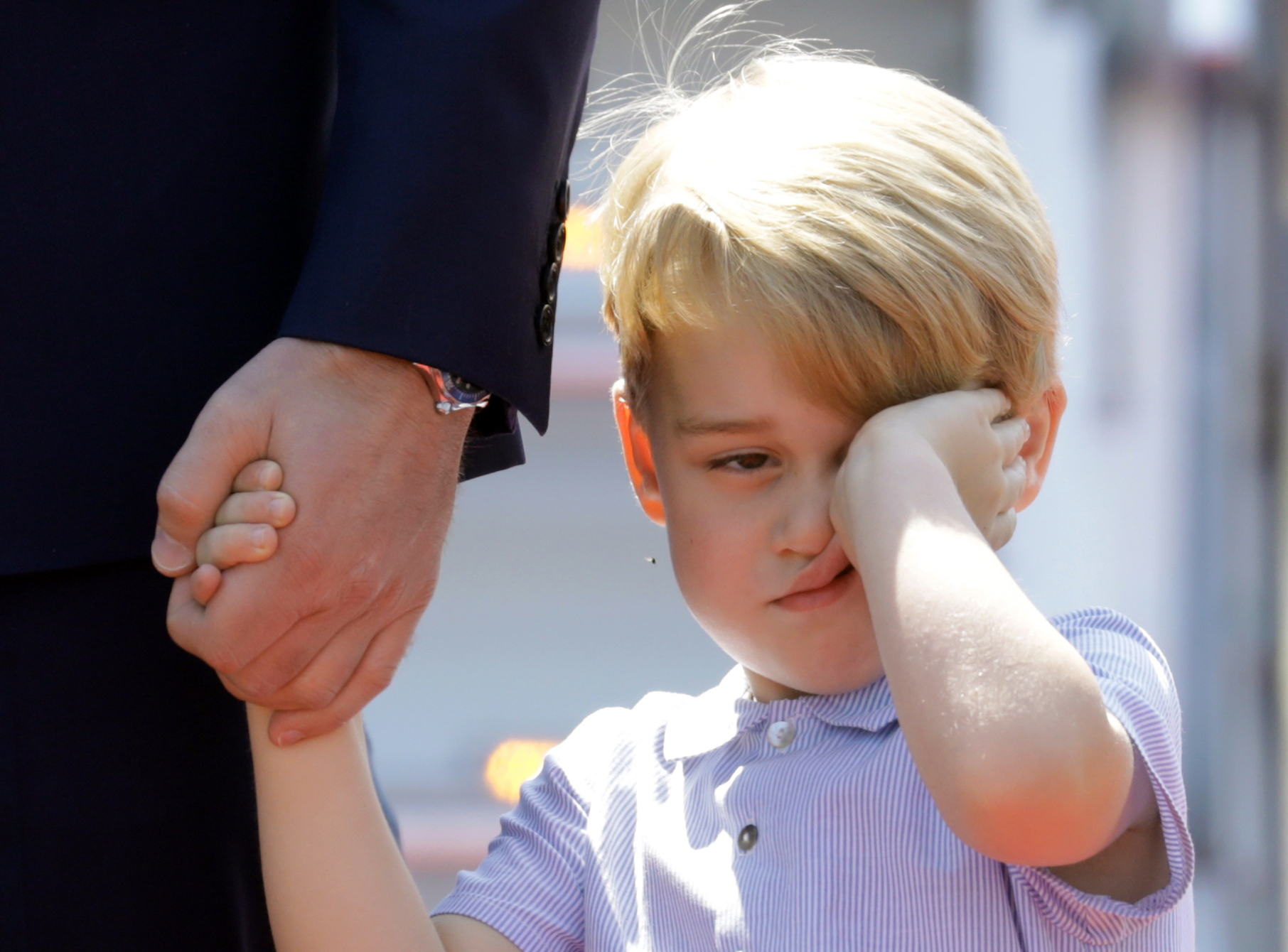 Prince George is having such a Friday.
Kay Nietfeld/AFP/Getty Images 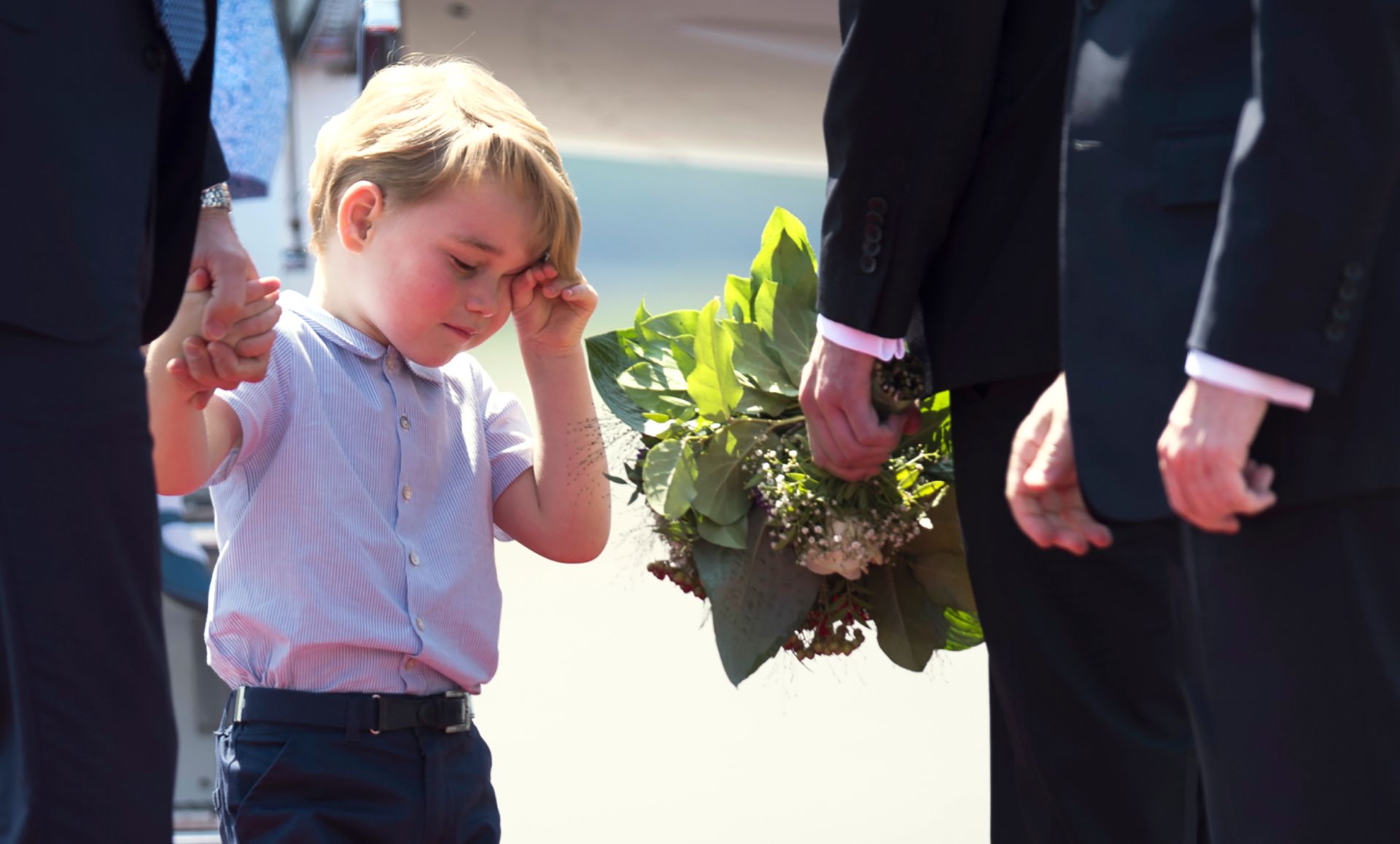 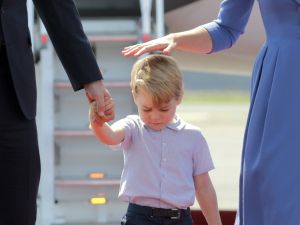 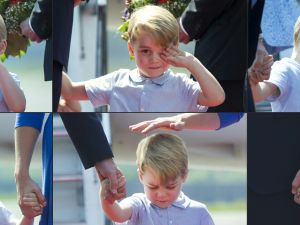 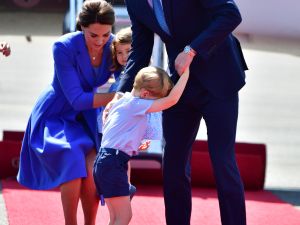 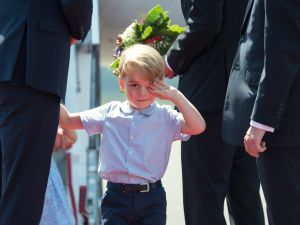 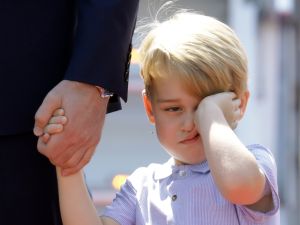 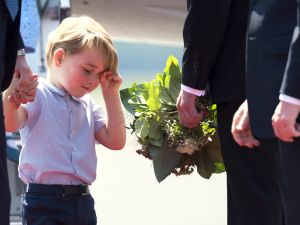 What does every four-year-old dream of for his birthday? Usually something along the lines of: a bowl of freshly made Easy Mac, a trip to Chuck E. Cheese, and the ability to wear a Batman costume while eating cupcakes with his classmates. Prince George, who is almost never allowed to be a regular kid (in fact, he doesn’t even have a true last name to use at school), will be spending his fourth birthday with his family, after finishing up an epic Eurotrip that seemed to truly exhaust him—his pout in Poland proved it.

The royal family’s trip to Poland and Germany wasn’t anything like a dream vacation to Disneyland. Instead, Prince George was repeatedly photographed departing airplanes he had almost definitely been napping on. Prince William and Kate Middleton visited the German Cancer Research Centre, met with the Mayor of Heidelberg and engaged in a competitive boat race that looked like a cut scene from The Notebook, all while Prince George wiped his tired eyes in front of the paparazzi. Prince George didn’t even bow, although his sister did show off her first curtsy.

This international tour seemed to prove one detail: Prince George doesn’t enjoy traveling as much as his parents. It might be because he can’t unwind on the private plane in sweatpants and a tiny T-shirt. Instead, he wears creased shorts, a tight belt and a Peter Pan collar shirt, which can’t be comfortable when traveling great distances as a small boy. 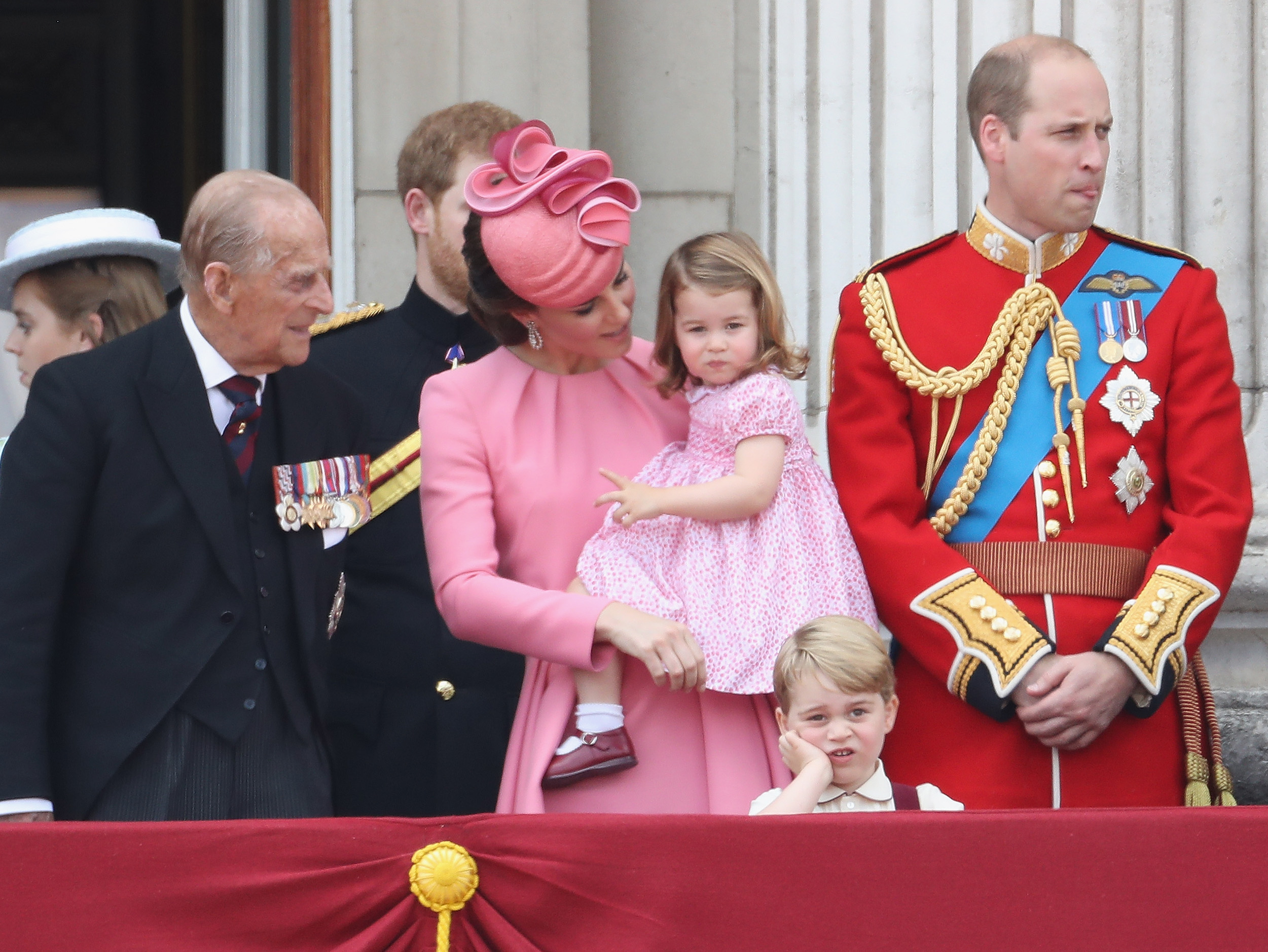 Prince George does not like his epic ensemble. Chris Jackson/Getty Images

Luckily, the five day tour ends right before his birthday begins, on July 22. We can only hope he celebrates by slipping into something a little more comfortable. No young boy should be forced to wear velvet pantaloons with matching suspenders and a starched shirt daily.

Better yet, take the young prince to Disneyland and put him in a pair of cargo shorts and a hoodie—that way, even his most devoted subjects won’t recognize him.