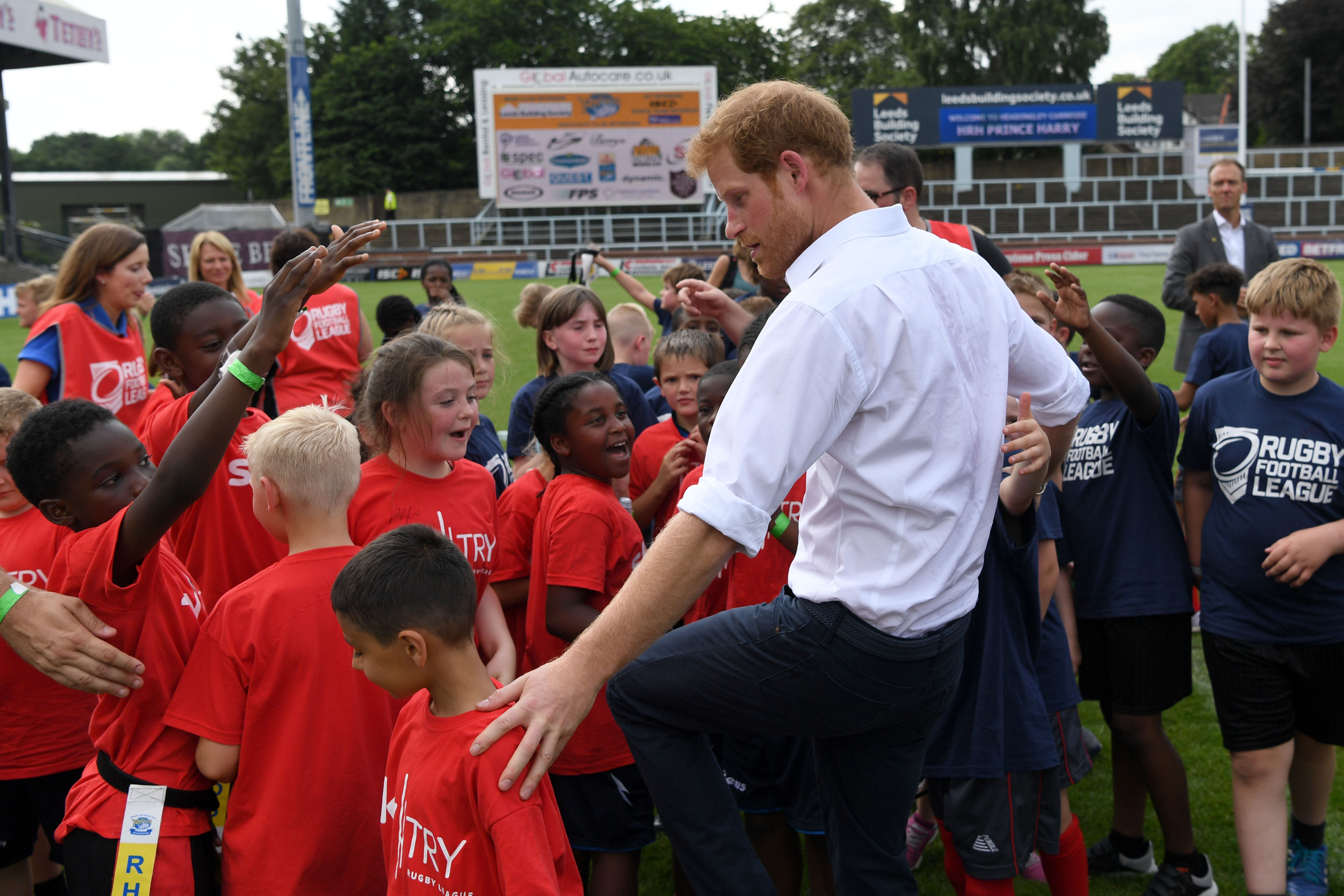 In recent years, the royal family hasn’t been afraid of getting their hands dirty, in the name of a good cause. Whether it’s Kate Middleton playing sports in platform wedges or Prince Harry hitting the volleyball court in a suit, their philanthropic efforts are exceedingly hands-on and athletic. It’s certainly far removed from the days where royals donned fascinators and sat on the sidelines. Prince Harry’s latest endeavor found him joining children in Leeds for a game of rugby during a recent visit.

Of course, Prince Harry is quite the sportsman. He plays in Palm Beach polo games regularly and has been spotted attending a match or two with girlfriend, Meghan Markle. He also founded the Invictus Games and is heavily involved, personally meeting with and encouraging the players. One could say Prince Harry is quite the jock, although instead of donning athletic gear, he keeps his suit on. 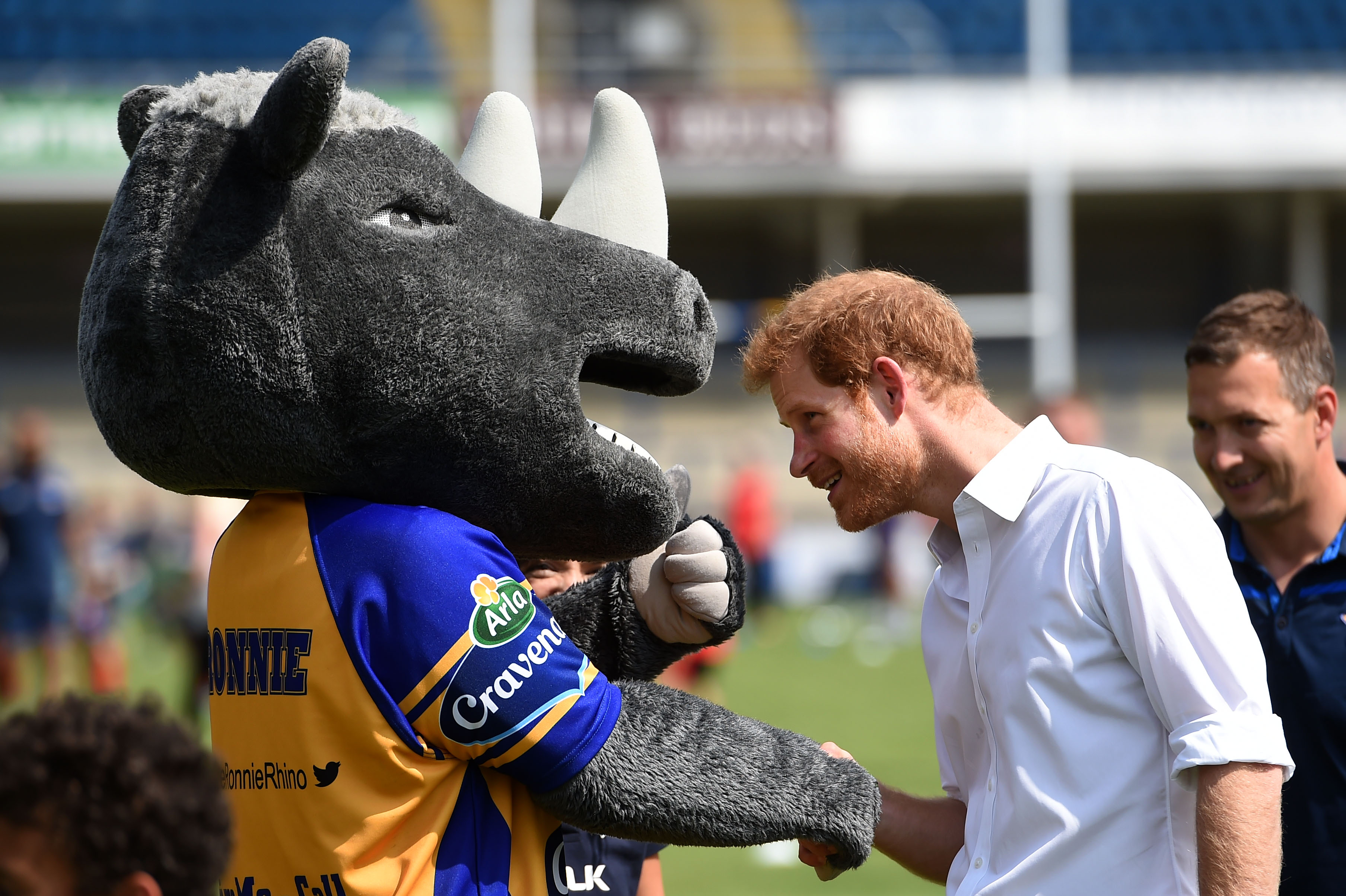 Prince Harry’s charity work in Leeds began at a panel hosted by Leeds Community Foundation, where he gave a candid speech discussing the mental health of the city’s young people, even dropping a mention of his organization, Heads Together. He touched on the London Marathon runners he worked with, mental health awareness and how technology impacts young people.

“We need to better equip our young people with the tools they need to cope with this increasingly complex and fast moving world we live in,” he told the audience. He also mentioned the other organizations in Leeds he met with, working on a wide range of issues, including domestic abuse and LGBT rights. 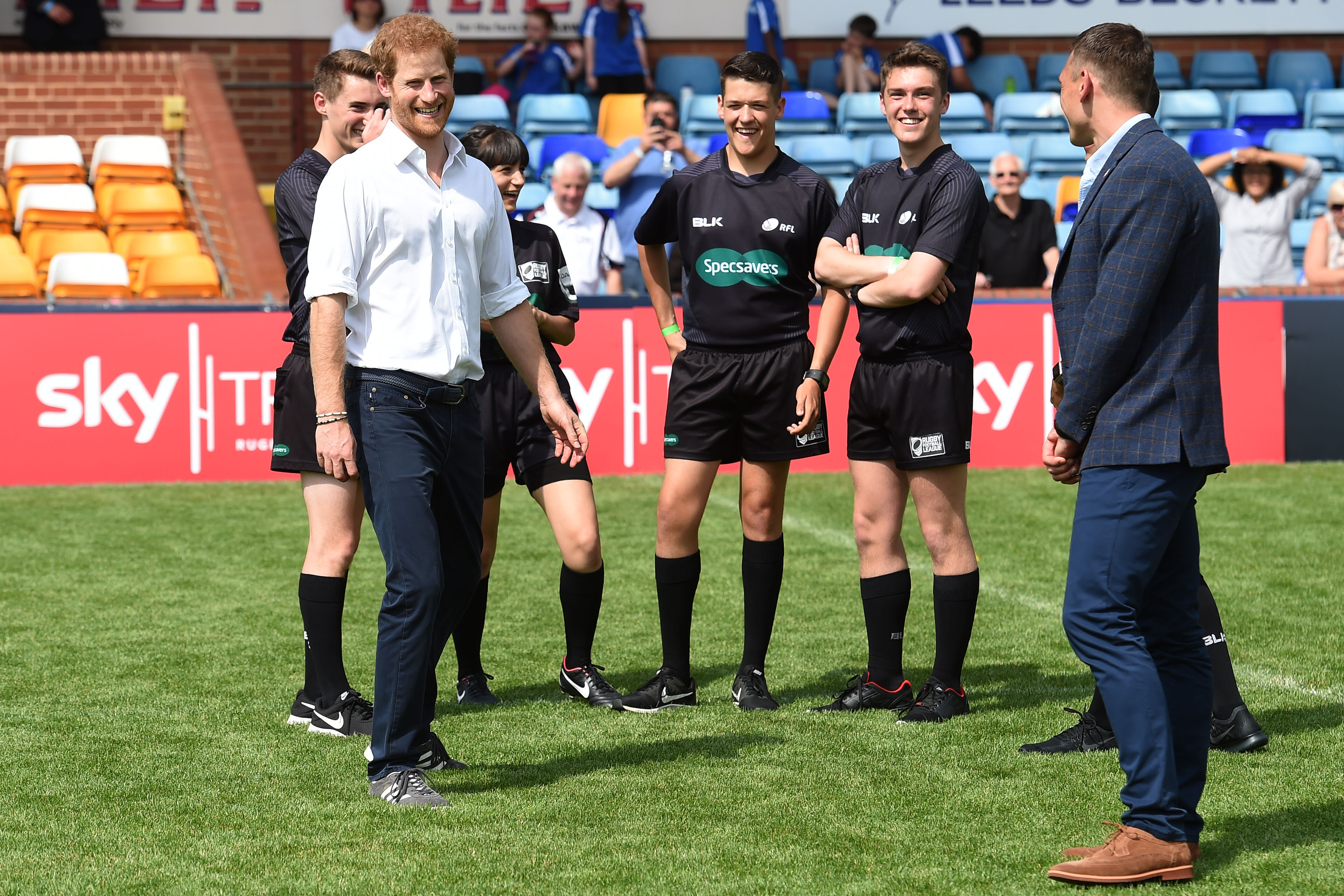 One of the most memorable moments of the trip occurred when he joined the Sky Try Rugby League Festival on the field. He was fittingly named the new Patron of the Rugby Football League and celebrated his new title by meeting with young players and the adult team. His ease with the children’s team reinforced his recent podcast interview, where he admitted that he does want kids. Perhaps a Markle marriage will take place sooner than imagined.

Prince Harry’s trip was certainly more philanthropic than Princess Olympia’s extravagant 21st birthday, an event he likely would have attended in the past, during his self-described naughty days. In keeping a much lower profile recently, especially since he linked up with Markle, he has certainly moved on from his once wild ways. 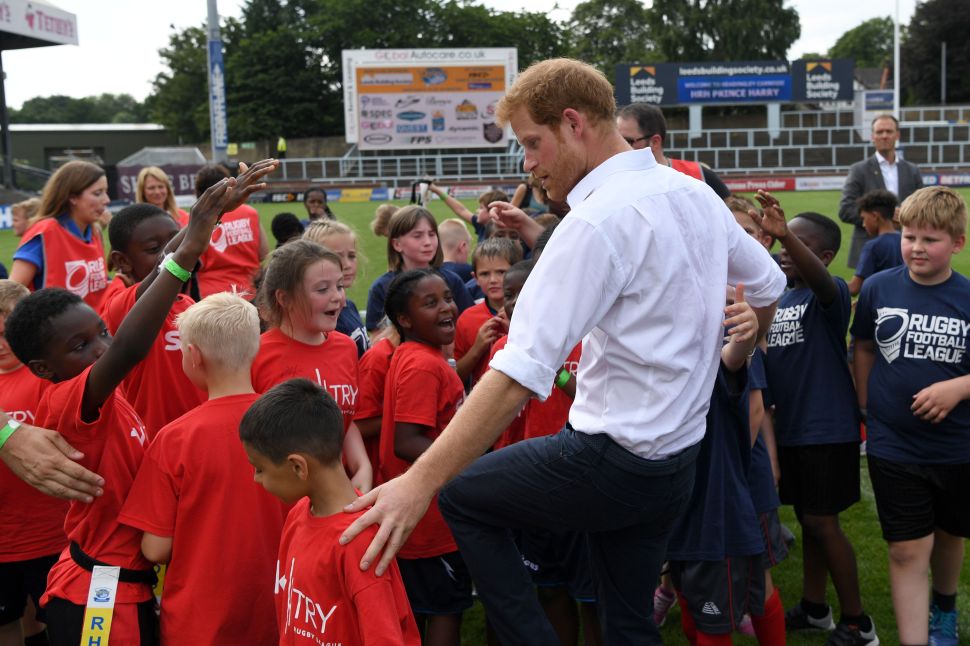