An often overlooked aspect of mass incarceration and the criminal justice system in the United States is the abhorrent illiteracy rates in prisons throughout the United States. The Literacy Project Foundation found that three out of five people in U.S. prisons can’t read and 85 percent of juvenile offenders have trouble reading. Other research has estimated that illiteracy rates in prisons are as high as 75 percent of the prison population. This unaddressed issue in the United States’ prison system is inextricably linked to high recidivism rates. In 2006, the San Francisco Chronicle reported, “Research has shown that arming inmates with a solid education is one of the surest ways of reducing the rate at which they end up back behind bars after being released. Officially, California has embraced education as an important form of rehabilitation, but the reality is far different. Just six percent of inmates are in academic classes, and five percent attend vocational classes.” This issue is rampant in prisons across the country.

When Clifford “Spud” Johnson was sentenced to 210 months in prison for a first time non-violent drug offense, he realized that illiteracy was reinforcing the captivity of his fellow inmates who were already frequently subjected to harsh treatment in a racist criminal justice system designed to perpetuate profits through prison labor. With more than 2.2 million people currently incarcerated, the United States has the largest prison population in the world. As a way of coping with a long-term prison sentence, Johnson turned to writing and has pitched books to various publishers. Since his release from prison, Urban Books, the largest African American owned publishing company in the world has published several of Johnson’s books under the Kensington brand, and Johnson continues advocacy efforts to try to help inmates learn to read and educate themselves.

“I started writing when I was in prison to free my mind,” Johnson told the Observer in an interview. “I didn’t have aspirations of becoming a published author; it was a way to help me deal with my situation. Of course, in doing that, a lot of men inside the prison with me used to read my books. It gave me tremendous support but there was a flip side with a lot of guys that wanted to read my books but couldn’t because they didn’t know how. That touched me then, and it’s more touching to me now that I look back as I’m trying to be the voice for those guys. Just like writing fiction stories in prison helped me feel free in prison, today I want to tell the real stories of the men left behind to free my soul.”

Johnson, who grew up in Inglewood, Calif. and was a member of the Bloods, now advocates for reform of the prison and criminal justice system. He explained that he was pressured into taking a plea agreement from the district attorney, who laid out three options for him: snitching on other drug dealers to receive a reduced sentence, pleading guilty to receive a 17-year sentence, or going to trial against the D.A. office with a nearly perfect prosecution rate, which would result in a life sentence. While the war on drugs and mandatory minimums negatively effect minorities, the prison system thrives on racism.

“The racial tension comes from the guards. They feel as long as they degrade and keep you down, keep their foot on your neck, they can control you more.” Johnson explained how this treatment occurred on a daily basis, and any potential recourse inmates had were obstructed by the prison. “On a daily basis, they talk to you like you’re nothing. It’s just modern day slavery, and there’s nothing you can say. Because, if you say anything and try to rebel, first you’re gonna get beat up, then they lock you up and put you in SHU special housing (solitary confinement). And then, when you try to write the paperwork to complain, they say, ‘Oh it got lost.’ And because all mail is monitored, anything I send out in a letter they’ll say, ‘Oh they never received it.’ You can check with your family and probably get some valid complaints out, but it’s your word against theirs, and you can never prove it. By the time somebody comes to see you, you’re healed up. And it’s not like I have a camera that I can take pictures of my wounds when I’ve been assaulted by prejudiced guards, or what have you. It’s a controlling, dominating, slave type scenario. From a plantation standpoint, with the uniform factories and everything, how they work us in there.”

He added that the checks and balances in the federal prison system don’t work: Oversight masks actual transgressions.

Johnson explains, “All the big people from D.C. come to every federal prison once a year to do a walk through, talk to inmates, and try to see what are they learning, but the prison knows they’re coming on these specific dates. So a month before, they get gung-ho, make sure the prison is cleaned up, everything is fine, and then they hand pick six individuals that will go talk to the big people from D.C. They tell them, ‘No, you better not say nothing that you’re not supposed to do. That showed me that all this is just a big facade, because they don’t care. But now that I’m home, I want to make it known and show what they’re doing so we can try to get some changes made.” 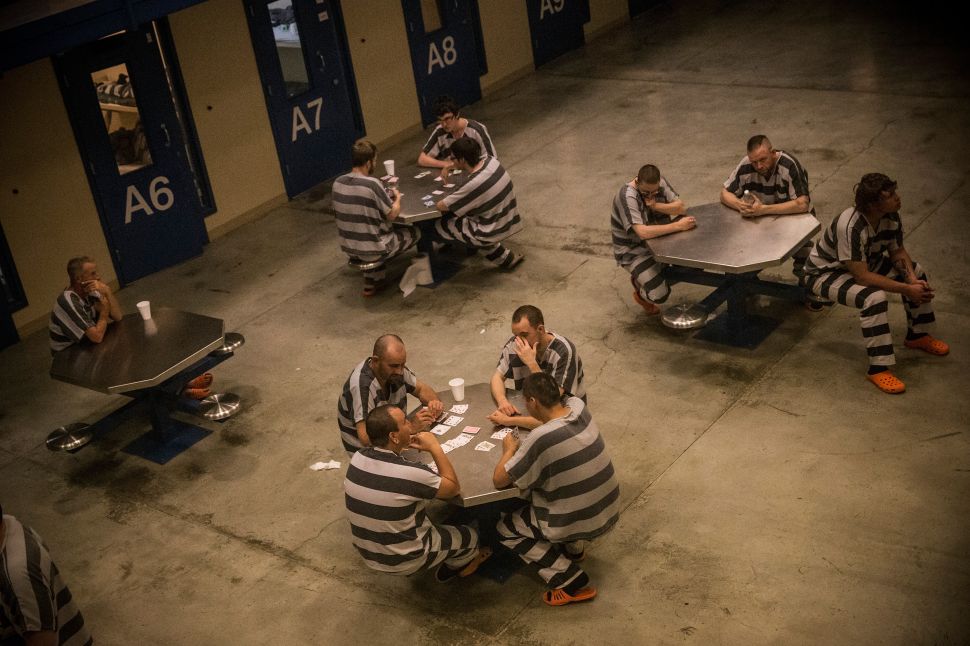