Three shore towns have received subpoenas as part of a wide-ranging federal investigation into public worker health care plans, according to reports.

No charges have been filed and law enforcement officials have not commented on the matter. But Atlantic City, Margate and Ventnor have received subpoenas requesting information about city employees and their health benefits, according to The Press of Atlantic City.

NBC 10 first reported Friday that Margate received a subpoena in June looking for a list of all police, fire and city employees whose health insurance plans include Express Scripts, Medco or NJ Direct. The subpoena didn’t include a reason for the request, but NBC 10 noted the city’s prescription drug costs jumped from $713,935 in 2014 to $3.351 million in 2015 — a nearly fourfold increase.

News reports on Monday revealed the case has tentacles stretching across Atlantic County. The Philadelphia Inquirer reported Ventnor and Atlantic City are cooperating with the FBI’s investigation. Longport, the only other town on Absecon Island, has not gotten a subpoena, the borough’s mayor told the Press of Atlantic City.

There could be anywhere from three to 300 indictments, Margate Mayor Mike Becker told the Inquirer. Margate has about 120 city workers.

The situation is apparently so serious that local fire departments have consulted with Atlantic City to discuss contingency plans should federal indictments cause staffing issues in Margate or elsewhere, sources told The Inquirer. The potential staff problem comes as Atlantic City’s fire department is facing state-imposed layoffs to cut costs in the cash-strapped city.

Rumors of the federal investigation had been swirling for months, and area doctors’ offices have reportedly been raided this year. One of those doctors was James Kauffman, who was arrested in June when he brandished a handgun as FBI agents and local police executed a search warrant at his home and business. Kauffman’s attorney, Ed Jacobs, said the search warrant specified health care fraud as a possible basis, according to The Inqurier.

The shore town subpoenas come as the feds crack down on health care fraud across the nation. Last week, federal authorities announced charges against 412 medical professionals. U.S. Attorney General Jeff Sessions called it the largest health care fraud enforcement operation in the nation’s history, and said the suspects accounted for more than $1.3 billion in fraudulent transactions. 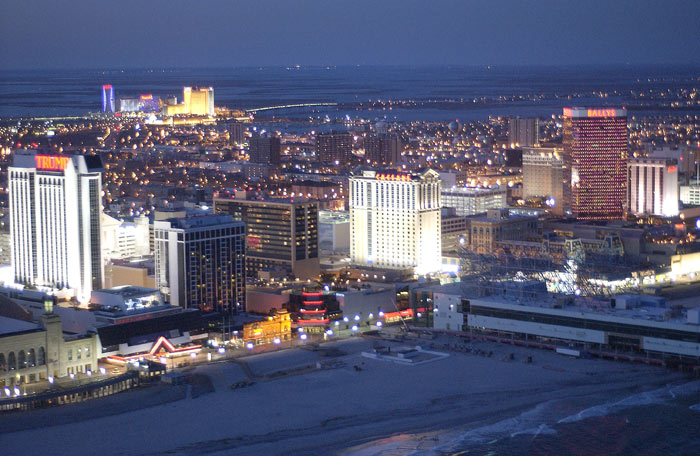