The Hill reported last week that Republicans in Congress began their effort to reform the Endangered Species Act to make it friendlier to landowners, developers, and industries that view the act’s regulations as a nuisance to their profit-driven interests. The House Natural Resources Committee debated 5 bills that would force the U.S. Fish and Wildlife Service to consider economic costs before listing a species as endangered, force the federal agency to prioritize the inputs of states on decisions related to the Act, remove the gray wolf from the federal endangered species list, and place a cap on attorney fees in any litigation related to the Endangered Species Act, meaning that corporations and developers could strong arm the government from enacting or enforcing the act.

In February 2017, the Senate Environment and Public Works Committee began hearings on legislation to strip the Endangered Species Act of its effectiveness by making it more difficult to add species to the list. The Republican-led efforts against the conservation legislation are driven by campaign donations from industries that aim to revoke or scale back the law. Three Republicans leading the anti-Endangered Species Act effort—Chair of the Senate Environment and Public Works Committee Sen. John Barrasso, Congressman Rob Bishop, and Sen. James Inhofe—have received hundreds of thousands of dollars over the past few years from mining, oil and gas companies that seek to have the Endangered Species Act scaled back so lands protected under it can be exploited for mining or drilling. Bishop received over $150,000 in campaign donations from oil and gas in the 2015-16 cycle. Between 2011 and 2016, both Inhofe and Barrasso received over $450,000 from the oil and gas industries and over $100,000 from the mining industry.

“Listing under the ESA provides species with an array of regulatory and non-regulatory benefits, including recovery plans, protection from unauthorized take, protection of critical habitat, scientific research, captive breeding, public education, and habitat restoration and acquisition,” reports a 2005 study conducted by the executive director of the Center for Biological Diversity. The consensus among wildlife management experts is that the Endangered Species Act is an effective tool to protect endangered species. According to the study, “The longer species were listed, the more likely they were to be improving and the less likely to be declining, suggesting that ESA conservation measures act cumulatively over time. This correlation included any beneficial effect due to recovery plans and critical habitat, which were also more likely to be present for species listed for a longer time.”

Calls to scale back or repeal the Endangered Species Act fail to acknowledge the mass extinction occurring throughout Earth. The growing consensus among the scientific community is that Earth has entered a new mass extinction; the rate of extinction on Earth has increased by 1,000 times the natural rate.

CEO of Defenders of Wildlife Jamie Rappaport Clark testified at the Senate Hearing on the ESA saying, “For more than 40 years, the ESA has been successful, bringing the bald eagle, the American alligator, the Stellar sea lion, the peregrine falcon, and numerous other species back from the brink of extinction,” she said. “Based on data from the (Fish and Wildlife Service), the ESA has saved 99 percent of listed species from extinction.”

Republicans have focused on critiquing the regulations that the Endangered Species Act imposes on corporations and development. House Natural Resources Committee Chairman Rob Bishop reportedly wants to repeal the Act completely, arguing earlier this year that “It has never been used for the rehabilitation of species” but instead has “been used to control the land.” Quite the contrary, the ESA protects hundreds of species found inside the United States and its waters.

Opponents of the Endangered Species Act have failed to cite any protection and recovery plan that causes economic harm. Their apprehension to single out a specific example to substantiate their claims for repealing the Endangers Species Act reveals that their arguments are baseless. 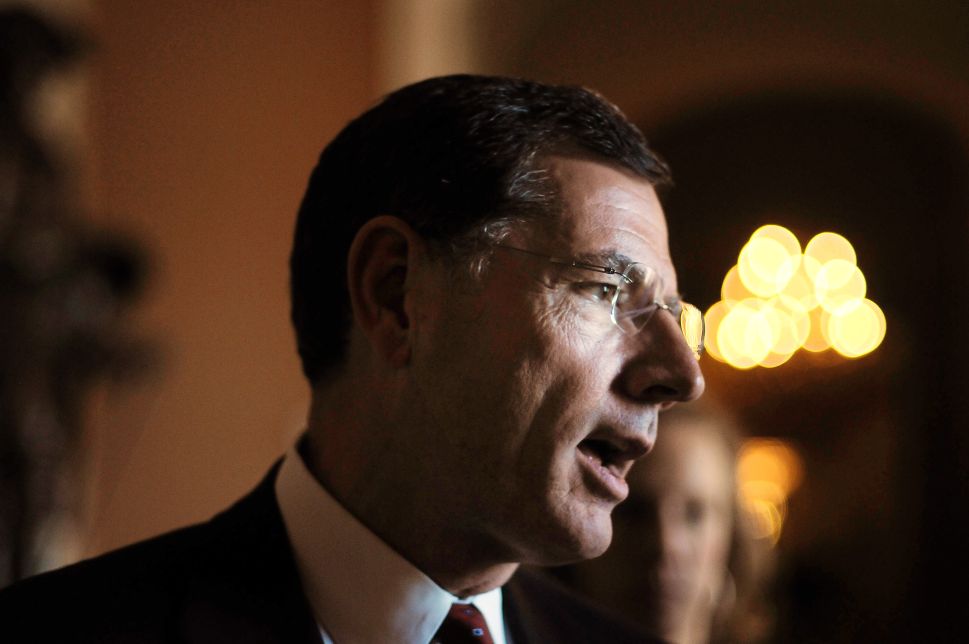