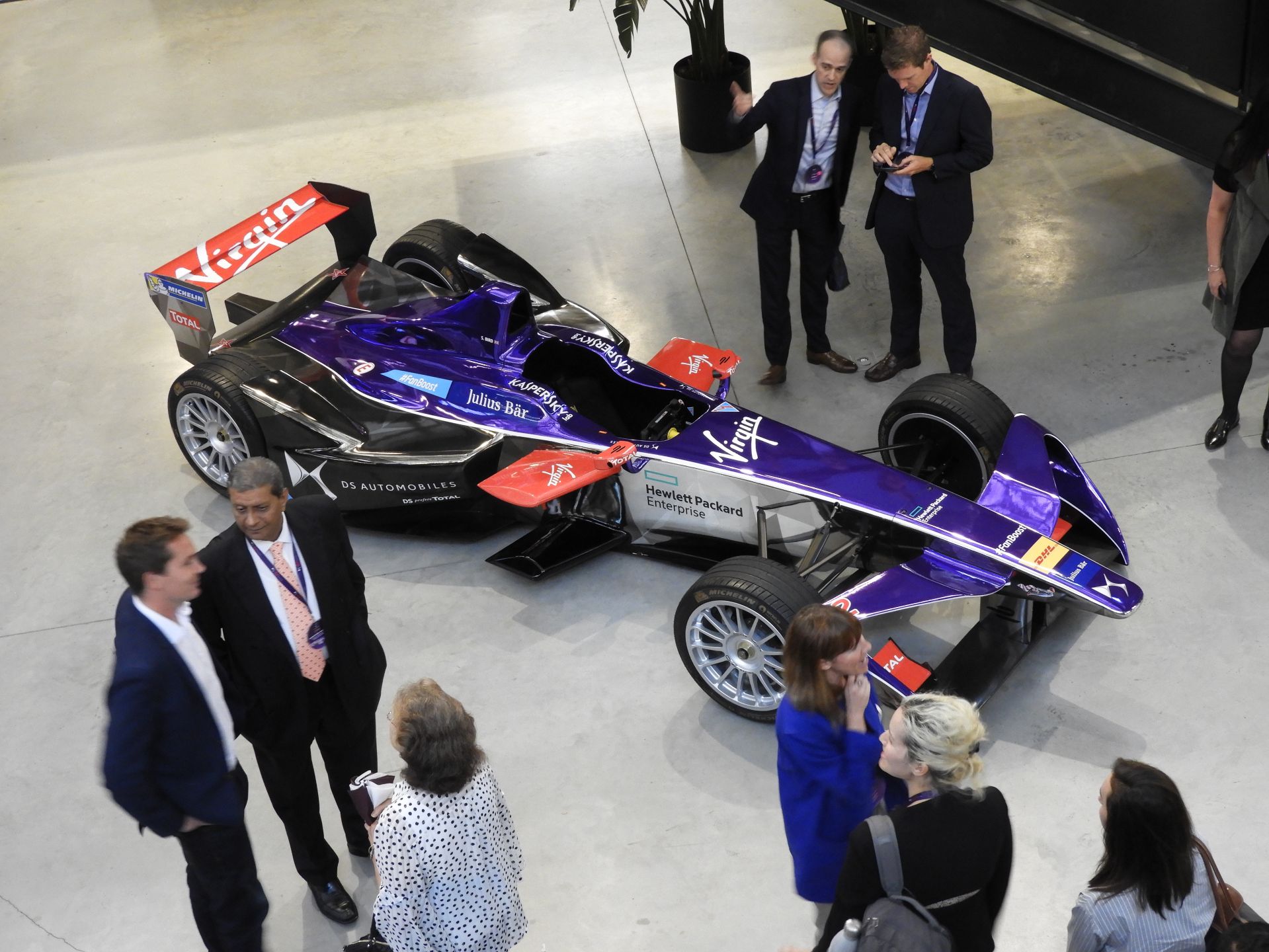 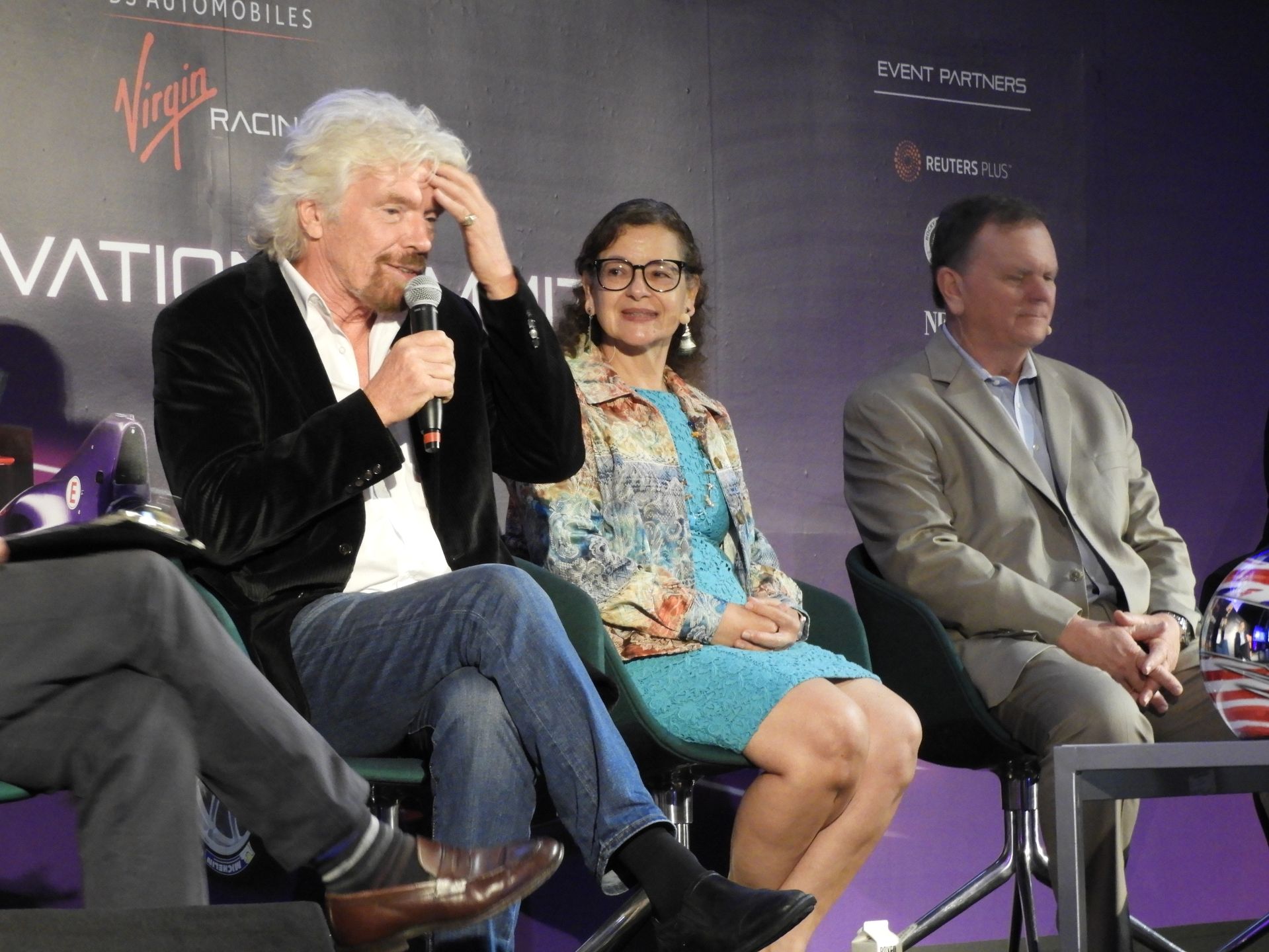 Sir Richard Branson during his introductory remarks on Friday.
Brady Dale for Observer 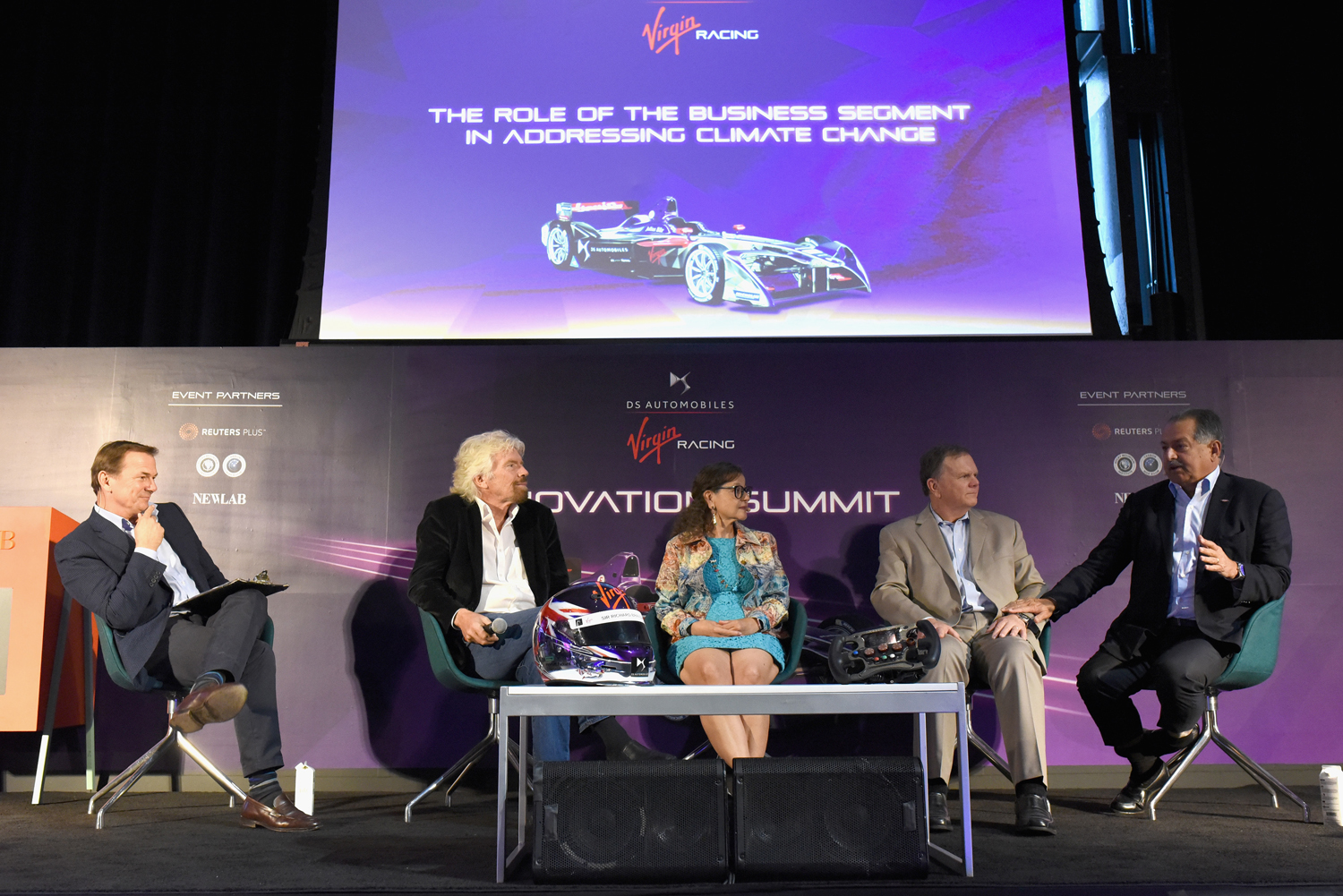 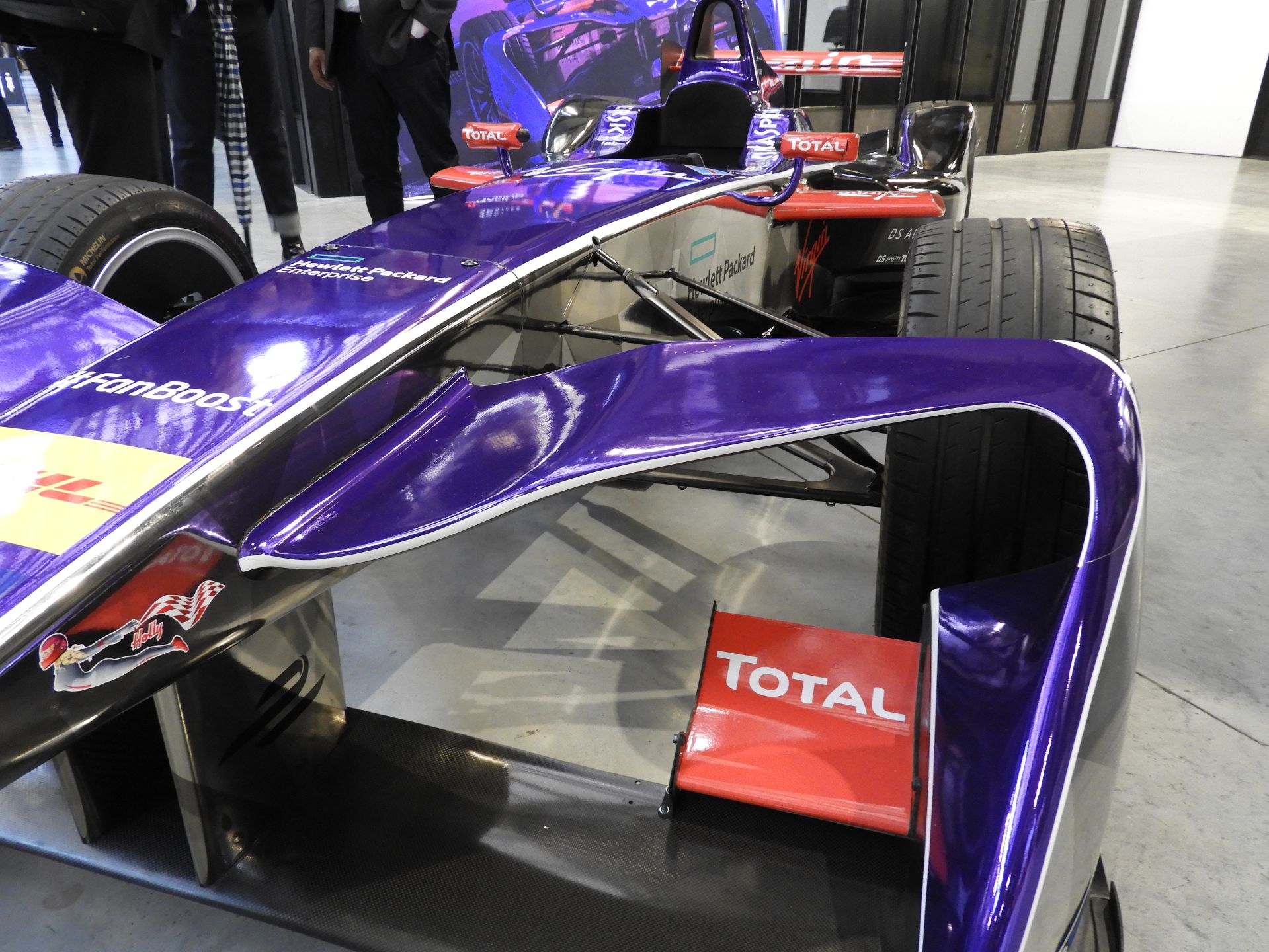 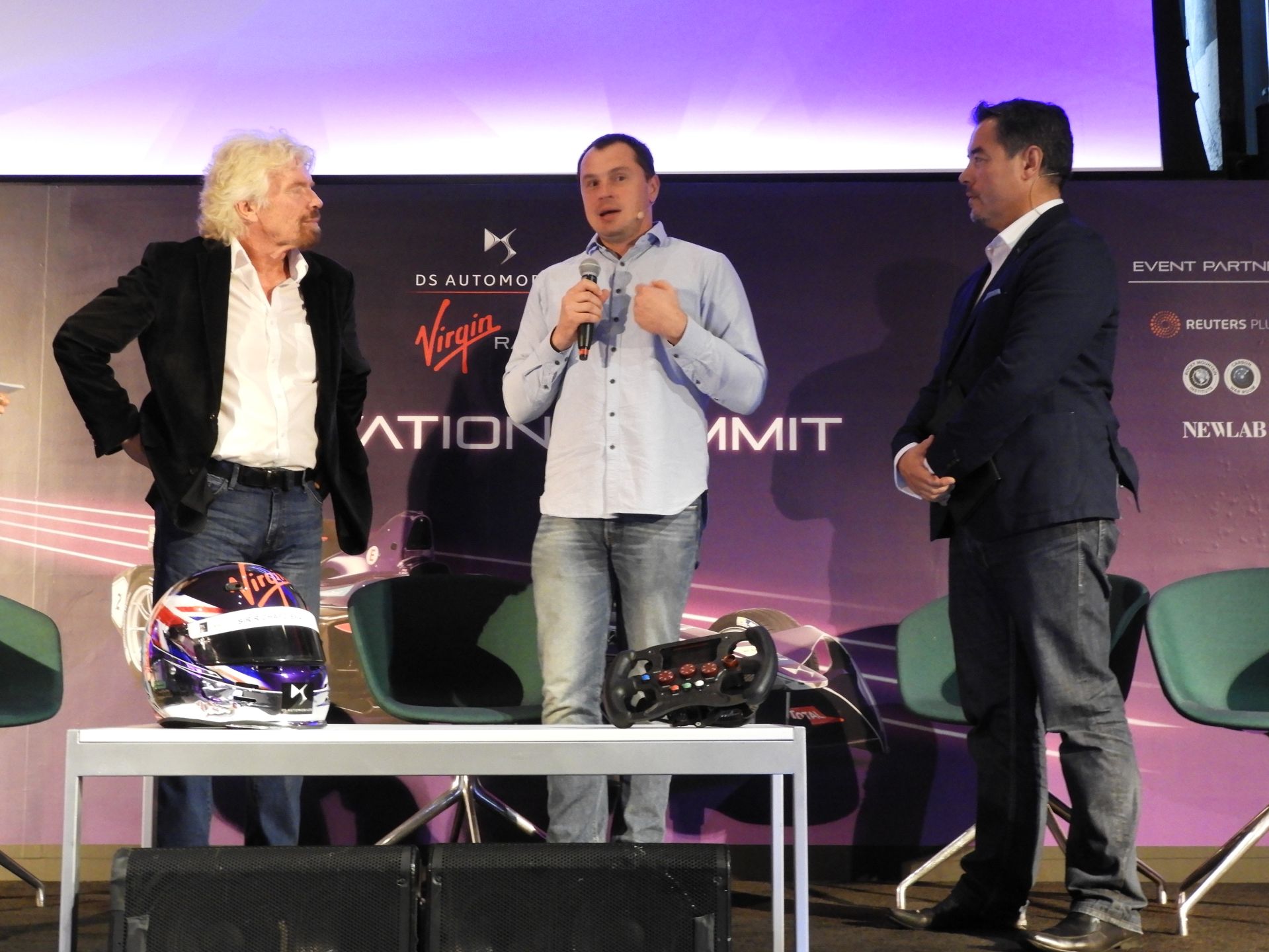 One of the world's most elite cybersecurity companies, Kaspersky Labs, announced its sponsorship of DS Virgin Racing at the event.
Brady Dale for Observer 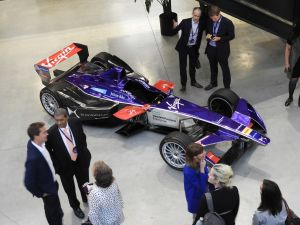 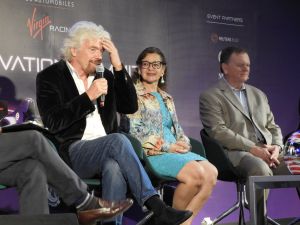 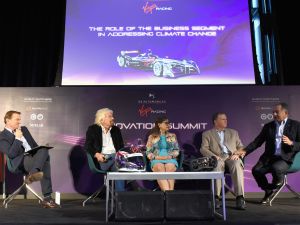 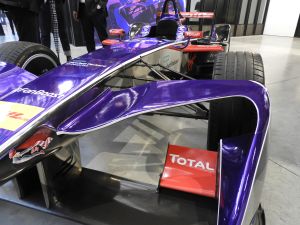 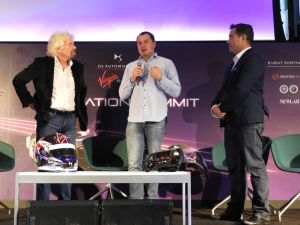 Richard Branson’s DS Virgin Racing organized a summit to discuss climate change at the New Lab in Brooklyn on Friday, but when the Q&A opened, one of the guests wanted to know about racing in the robot future. How long, he asked, will we wait until self-driving racecars take the track against human drivers?

“I don’t think it will be very many years before you see it,” Branson replied. Roborace has been leading the charge to get autonomous racecars onto tracks, though the current plan is only for robot-on-robot racing action. In fact, the company’s prototype ran some laps in New York City this weekend in advance of the Formula E races Branson came out to promote. Formula E is like NASCAR, but for electric vehicles. The zero-emission cars can hit 140 miles per hour in three seconds.

The larger point of bringing Formula E racing to the city was to demonstrate that climate objectives can be met without a shift to some monk-like, austere lifestyle. Many of the technologies needed to run a modern world without putting so much carbon in the atmosphere have been invented, they just need more widespread deployment and supply chains large enough to bring prices down.

“These technologies would have caught up because they are simply better anyway,” Terry Tamminen, CEO of the Leonardo DiCaprio Foundation, said during a panel discussion with Branson on how businesses can make progress on climate. Take racecars for example: if races can be run without thunderous noise and noxious pollution filling the stadium, isn’t that a better race for everyone?

The conversation did cite two different business sectors that are holding back the larger transition to an economy that’s less carbon dependent.

“The real key thing we have to get down” is the price of batteries, Branson said. He also said that the financial industry should become less timid about backing carbon-neutral projects.

Andrew Liveris, CEO of Dow Chemical, took that second critique a bit further, saying, “The investment community for this area is minor and without a voice.”

Representatives from major companies turned up to detail their efforts to transition industry over to a sustainable path, including speakers from Hewlett Packard Enterprise and AB InBev (the world’s largest beer maker).

“Now is the time to get massive investments into alternative energies. The vast majority of governments in the world are all still going in the right direction and companies in America are stepping into the breach,” Branson said in a release. Tamminen agreed that the Paris Agreement has made it easy for smart companies. It’s a giant business plan where entire nations have openly stated problems they want to see solved. Every government with money to spend on a problem is a big business opportunity for some company.

Yet in June, even with carbon-neutral racecars making laps in America, the White House put the brakes on the Obama administration’s meager commitments to put less carbon in the atmosphere.

Liveris said, “Hopefully we can get some sense back into America and get America back on board.” A counter movement called We Are Still In has developed among municipalities, states and companies continuing a commitment to the Paris Climate Agreement, with or without the Trump administration.