Julie Roginsky, one of the top strategists for Phil Murphy, is leaving his gubernatorial campaign for a senior role at the Democratic Governors Association.

Roginsky has a long reputation as one of the sharpest and best-connected Democratic operatives in New Jersey — a Fox News personality and a veteran of several statewide campaigns — and she was one of the first advisers Murphy brought in after returning from Germany in 2013 to explore a gubernatorial run.

“I’ve been working my heart out for Phil Murphy for almost four years now,” Roginsky told Observer on Friday night. “I was the first person in the state’s political circles who met him and has believed in him ever since.”

Political analysts say that out of 38 gubernatorial races this year and next, New Jersey represents the Democrats’ best shot at flipping a state from red to blue. Gov. Chris Christie is deeply unpopular and President Trump does not fare much better among Garden State voters. Murphy’s Republican challenger is Christie’s lieutenant governor, Kim Guadagno, and he has been making the race a referendum on Christie and Trump.

“Julie’s experience and strategic counsel have been invaluable, and this campaign would not be in the strong position it is today without her help,” said Murphy campaign spokesman Derek Roseman. “The DGA will be a critical component of this campaign’s success moving forward, and we are happy to see that they will be in good hands.”

The DGA is expected to take a bigger role in New Jersey than in years past, Murphy campaign officials said, and Roginsky is someone who can help the group navigate both state and national media and politics. (The DGA only made a couple of perfunctory donations to Christie’s Democratic challenger in 2013, Barbara Buono, and instead focused all its resources on Virginia’s gubernatorial race.)

Her exit came as a bit of a surprise because the DGA role puts her at some distance from the nerve center. The Murphy campaign has no immediate plans to replace her in what was a senior communications position. She had received high marks from more than a few Democratic power brokers and elected officials for helping Murphy build a political shop that steered him to victory in the June 6 primary over several challengers. And her firm pulled in big money from Murphy’s candidate committee through consulting fees and by handling direct mail campaigns, according to reports filed with the Election Law Enforcement Commission.

Roginsky was often seen advising Murphy before and after debates, news conferences and major speeches. She is one of the first members of Murphy’s inner circle — along with campaign manager Brendan Gill and messaging advisers Brad Lawrence and Steve DeMicco — a sort of sherpa for the former U.S. ambassador to Germany in the often-tribal world of New Jersey politics. And she was in many ways the public face of the campaign, his designated hitter in media battles with opponents and other critics such as Christie. (Her tag line on a segment she does on Fox News is, “Haters may hate, but I clap back.”)

A former Goldman Sachs executive and finance chairman for the Democratic National Committee, Murphy is heavily favored to win the general election in November. Recent polls from Monmouth and Quinnipiac universities gave him a 27- to 29-point lead over Guadagno.

He spent lavishly from his own fortune on the primary race, writing checks totaling nearly $16 million. Roginsky would often remind reporters who compared him to another high-spending Goldman Sachs gubernatorial candidate, Jon Corzine, that Murphy was running one of the most progressive campaigns for governor in a generation.

“I’m sure that we’ll be able to ensure we have a Democratic governor elected in November and am thrilled to be taking on more responsibility,” she said. 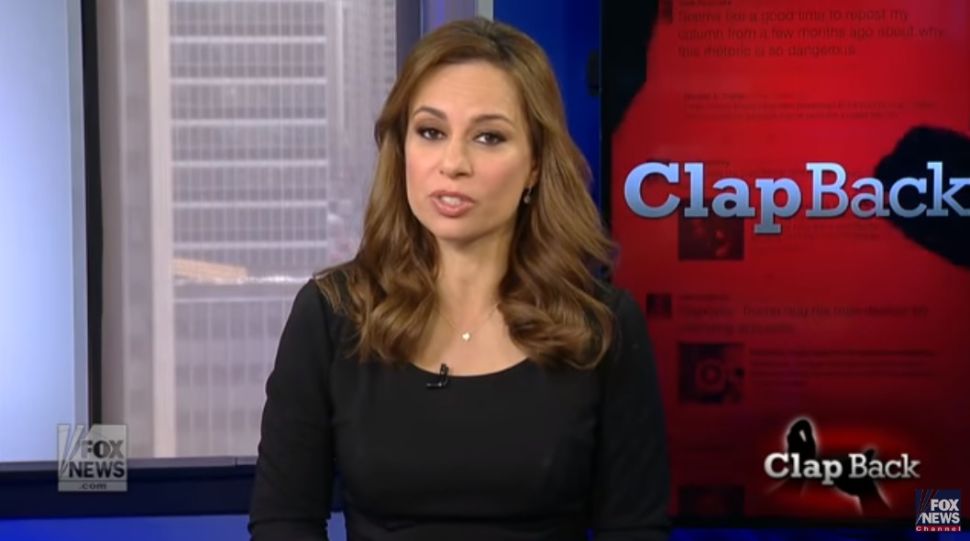