General Sherman famously proclaimed, “War is hell!” as Atlanta burned to the ground during the Civil War. Imagine what he would have said had he met ISIS fighters, who take war to a new low.

ISIS does not subscribe to the fundamental rules of war. When ISIS fights, they entirely discard morality.

As the battle over Mosul draws to an end, it is increasingly clear that ISIS has fallen. The last ISIS fighters desperately cling to the capital of their caliphate. But suspicions among the Iraqi military have risen: Are the people still fighting for ISIS’ cause in Mosul ISIS fighters? Likely not. Are they trained ISIS fighters? Again, likely not.

With a population of two million people, Mosul was the second largest city in Iraq. It was ISIS’ stronghold. According to the heads of the Iraqi forces in Mosul, the people responsible for clearing out the city are noticing that the last people left are women, the family members of ISIS fighters. These women are incredibly devoted to ISIS. In true ISIS form, they use children as human shields.

ISIS fighters use two different methods of attack. The first is using tanks, drones, rockets, missiles and anti-aircraft guns. The second is the system ISIS employs when engaged in urban warfare. They dress as civilians and use humans as their shields.

Thus, Iraqis tasked with clearing out Mosul face a moral dilemma. According to Iraqi Lt General Sami al Aridi, “The women are fighting with their children right beside them.” Aridi was being briefed by an officer holding a tablet computer showing drone imagery. The officer explained, “It’s making us hesitant to use airstrikes… If it weren’t for this we could be finished in just a few hours.”

ISIS’ behavior violates the philosophy of just and moral war, which dates back as far as the time of the Bible. In Latin it is called “jus bellum,” which means just wars, and it includes “jus in bello” which proscribes proper behavior in war. It is predicated on “jus ad bellum,” the right to defend oneself by entering into war.

Political philosopher Michael Waltzer’s groundbreaking work Just and Unjust Wars lays out the principles of warfare. According to Waltzer, war is horrible but necessary. So, when a group engages in war, they need to observe the rules, chief of which is avoiding civilian casualties.

Thomas Aquinas and St. Augustine also presented their points of view on war. St. Augustine looks to self defense as the most essential part of war. Thomas Aquinas suggests three principles: that war be declared by a real authority such as a nation, that war must be for good and not for self-gain, and that peace be the ultimate goal.

The philosopher Maimonides also listed basic rules of war. According to Maimonides, you must allow the other side to avoid war. Maimonides says that civilians must be permitted a way to escape and that you may only attack your enemy from three sides. He says you cannot attack sources and destroy fruit trees in battle. Further, he separates war into two categories: obligatory and optional.

To this day, Israel conducts war in Maimonides’ style. The Israeli Defense Forces (IDF) calls their morality of war “Toar Neshek”—the purity of arms. Israel insists that their weapons are only used in defense, which is, of course, in glaring contrast to ISIS.

For example, over the past few weeks, Israel has announced that in the event of a conflict with Hezbollah in Lebanon, they have a plan that will enable the evacuation of Lebanese civilians.

According to IDF Chief of Staff Gadi Eisenkot, “The moment we know the enemy goes into urban terrain, it becomes a matter of morals and values. There are hundreds of thousands in the civilian population. We’ll need to evacuate them… and we’ll have to do that as quickly as possible. We need to preserve legitimacy while fighting.”

Unfortunately, like ISIS, Hezbollah and Hamas also use human shields. And while Israel will be trying to save their enemy’s civilians, Hezbollah will try to convince them that Israel is laying a trap.

Moral fiber cannot be grown and ethics cannot be learned overnight. These rules of war are derived from recognizing the sanctity of human life—which ISIS clearly does not. 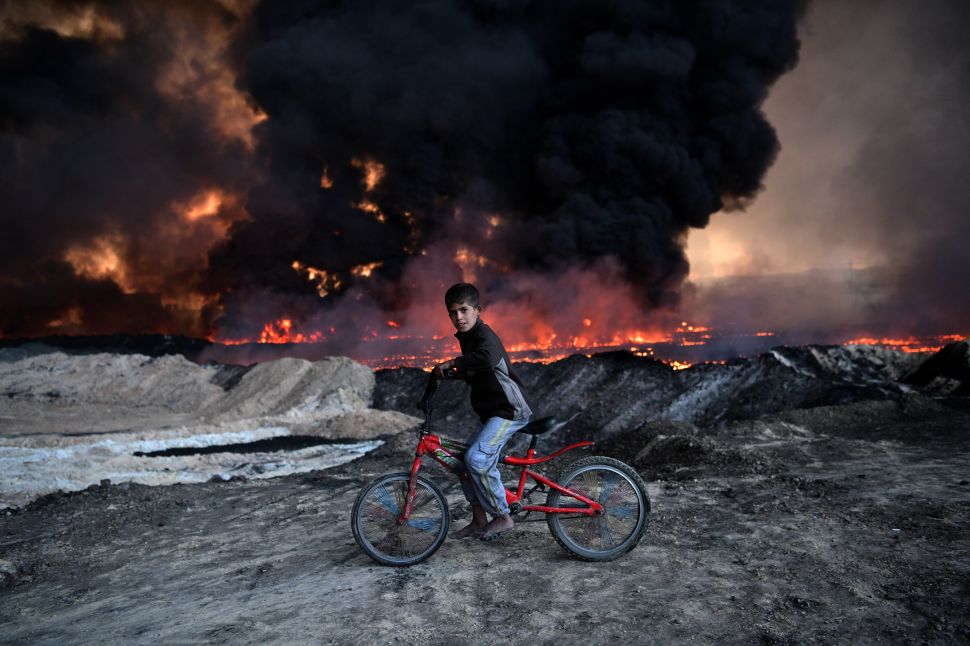