As we celebrate our independence, it’s a day of mixed emotions for anyone who truly loves this country. We’re probably the greatest nation and most successful experiment in the history of the world. But we now struggle to govern ourselves, define ourselves and take basic steps to ensure our future. Democracy is both our greatest strength and our greatest vulnerability. While Churchill had it right in saying that democracy is the worst form of government except all the others, if we continue down this path, someone else’s democracy and someone else’s experiment will be the shining example—not ours.

Part of the problem is the jigsaw puzzle of two parties who control everything but lack vision, power or self-sacrifice to achieve virtually anything. If you tried to define the Democratic Party ideology, it would be that in order to take care of society as a whole, we have to fund and empower government. They would argue we can’t rely on the free markets or human nature to look out for others, so government has to. If you tried to define the Republican ideology, it’s that individuals and markets are far more able to take care of themselves than a giant bureaucracy ever can, so letting people keep more money in their pockets is the best way to run a society.

The problem—as we saw in last year’s primary between Hillary Clinton and Bernie Sanders and are now seeing among Republicans in the health care debate—is we have two wings of two parties encompassing three distinct ideologies with each trying, and failing, to shoehorn their views into a cohesive narrative for voters, media and donors. It doesn’t add up, so nothing gets done.

It’s been said for ages that we would be a lot better off with three parties. That’s true, but not by having a third party of independents to keep the Democrats and GOP honest. That would only tinker with a fundamentally broken system. We need three parties that reflect what each group actually believes: Socialists, Libertarians and Balancers.

Socialists are easy to understand because their leaders are well known (Elizabeth Warren, Bernie Sanders, moveon.org, Rachel Maddow, Paul Krugman) and their ideology isn’t new. In their view, capitalism is, at best, a necessary evil. Markets and individuals need to be kept strictly in check through taxation and regulation, wealth needs to be redistributed, and government should perform the redistribution and service delivery. Thanks to Trump, the Socialist camp is now the same as The Resistance, so they’ve managed to cower and co-opt many Democrats who wouldn’t otherwise agree with them.

Libertarians are also easy to understand because we’ve seen them before (think Ted Cruz, Rand Paul, the Koch Brothers, Fox News). In their view, individuals matter and government’s only value is to provide collective action when it’s absolutely needed (like national defense or building highways). They’d argue we should protect personal and economic freedom above all else and government shouldn’t tell people what to do with their lives, their bodies or their money.

Balancers are effectively all of the Democrats and Republicans who don’t hate government, don’t hate markets, think both are necessary and yet recognize that both are flawed (essentially Obama, the Clintons, Schumer, McCain, the Bush family, Bloomberg). Sometimes you need more government to solve a problem (more regulations, more mandates, higher taxes, more bureaucracy) and sometimes you’re better off stepping back and leaving it to the market. There’s no perfect balance.

Currently, the ability of the Balancers to shift their views and votes towards the market or towards government is limited by the needs of their donors and party leaders (think teachers unions who want Democrats to oppose any real change in public education or banks who want Republicans to handcuff regulators like the CFPB or SEC). Add that to every politician’s fear of having to find a job in the real world and almost nothing meaningful can ever happen.

If we had three parties organized by true ideology, voters would have far more honest choices at the ballot box (the descriptions above are streamlined for simplicity and even within each camp, there are differing views, philosophies and approaches). We would have a governance structure that allowed both sides to make their true ideological case on any given issue. For example, instead of the health care mess being debated right now, the debate would be over a true single payer system versus a true deregulated market where people can procure health care in a variety of different ways. Those in the middle would tilt the balance towards either more government or more individualism. We would be able to fashion solutions that weren’t just compromises designed to keep fragile coalitions together. Special interests would lessen their death grip on the process. They wouldn’t be able to coerce balancers into making stupid policy decisions because they fear a tough re-election. And because we would take party labels out of the process, we’d end up finding more areas of commonality than we now allow ourselves to admit.

We have a country with tremendous inherent advantages, but any clear-eyed, sober look at the status quo tells you that absent serious change, we’re on a path of inexorable decline. That same clear-eyed look at our current system of governance tells you that with two parties who can’t define what they believe in (because they stand mainly for staying in office), we’re never going to solve our problems in a meaningful way.

We can exhaust ourselves to death by pointing fingers, placing blame and competing to see who can be the most outraged. Or we can recognize that the system we have doesn’t work and there’s no single, transformative leader who can change it. In other words, if we want to be more than just the highlight of the second millennia, we need to acknowledge who we are, what we have, what isn’t working and address it honestly—even at the cost of our own power or influence. Otherwise, tonight’s fireworks and orchestras make us little more than a modern day Nero with better pyrotechnics and a crisper sound system. And that doesn’t merit much celebration at all. 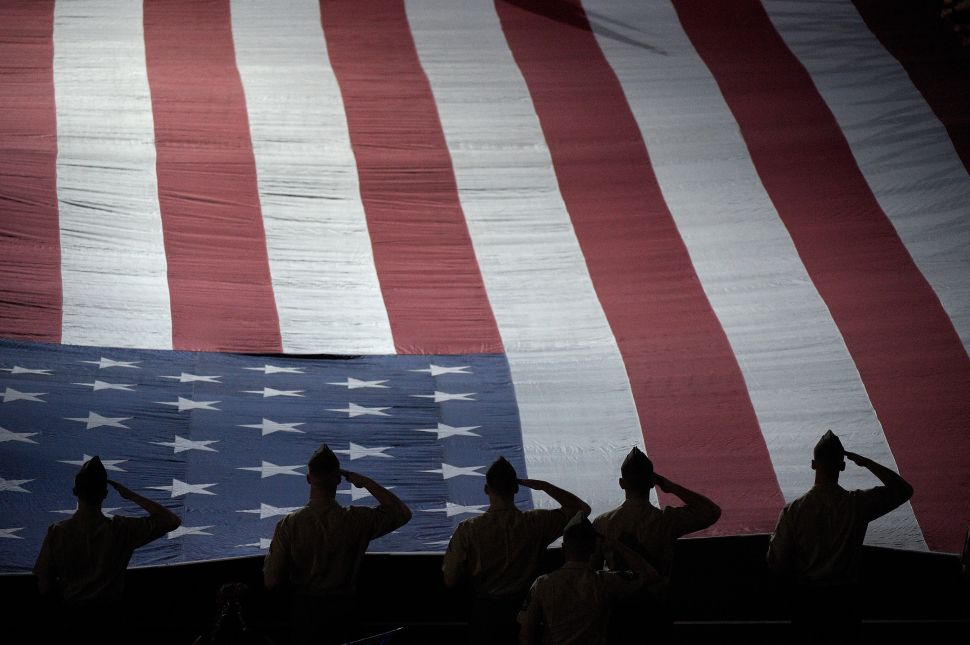