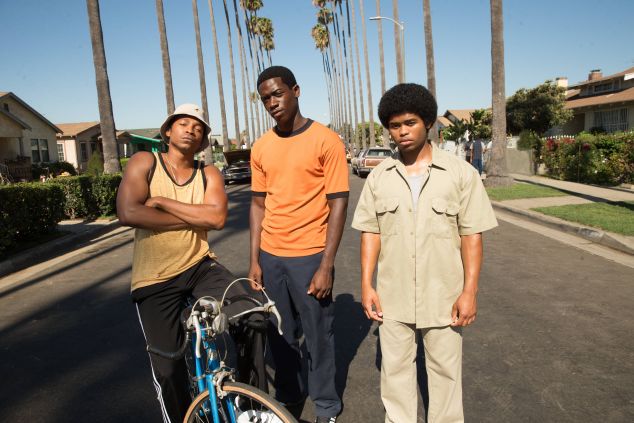 The last decade has certainly seen quite the rise in television shows about drugs. From Weeds to Breaking Bad, it feels like every few months at least one show about individuals who unexpectedly find themselves caught up in the world of illegal substances, and the people who populate them, debuts.

Falling right into that mold is the new series Snowfall.

Billed as a narrative about the birth of crack cocaine, Snowfall is set in the early ‘80s and features three intersecting stories about some folks who couldn’t possibly fathom the course their lives would take as they entered the drug trade.

There’s young Franklin Saint who moves from small-time marijuana dealer to becoming the neighborhood’s first crack kingpin. Franklin, a recent graduate of a fancy suburban school he attended on scholarship, starts out as a guy just trying to help his constantly struggling mother make ends meet. But, after chance meeting with an Israeli coke kingpin, things take off quickly, and dangerously, for Franklin.

Storyline number two focuses on C.I.A agent Teddy McDonald who’s trying to make his mark by working a deal to import coke to fund the Contra rebels in Nicaragua. A deadly endeavor for sure, only Teddy isn’t convinced of that – at least not at first.

The third piece of this narrative triad involves the daughter of a Mexican drug lord, Lucia Villanueva, who wants to expand her family’s customer base, and the unnaturally empathetic wrestler, Gustavo Zapata, that she hires as an enforcer.

Most astute individuals will have figured out by now that the title Snowfall has nothing to do with the wintery white stuff that falls from the sky, usually causing havoc, but then eventually melting. As ’80s slang for coke and crack, and as a theme for the evolution of both of those drugs, it’s an apt one — while actual snow is unpredictable, one thing that is certain about it is that it covers and buries things, sometimes slowly, sometimes quickly, but never in an expected manner and digging out from under it, if possible, is quite a task.

Such is the case with this series – while the viewer knows what’s coming overall, that the proliferation of crack in the drug world will reach epidemic levels — the journey to get there, as told here, through these stories, could be more interesting to watch, if it wasn’t so (sadly) riddled with familiarity.

The narrative runs into issues as it tries to tell the story of this new avenue of the drug trade without glamorizing it or deglamorizing it, and thrown in there is a murky story (Teddy’s storyline), based somewhat in fact, about the way the crack trade may or may not have funded a right-wing militant group.

One of the main problems is that while there may have been a time when audiences were intrigued by drug stories and shocked by the choices and consequences that were explored in these stories, that time has sort of passed. After shows like The Wire, Breaking Bad, and Narcos and movies like Scarface and Traffic, viewers feel like they know what really goes in the underworld of drugs pretty well. This may or may not be true, but none-the-less the jaded-ness of the audience is undeniably there.

What’s complicated here is that if viewers can get past the familiarity of these things the story being told is actually interesting. When I watched it there were several times that something happened that I didn’t see coming, and more than once I uttered an expletive at a surprising turn of events.

And, inserted in this piece, in addition to the personal stories, is an extremely intriguing look at the economics of the drug trade. The underlying theme of what money, mounds of it or lack thereof, does to people is handled with a deft hand in this piece.

It’s a little sad that the thing that might hold people back from at least sampling Snowfall is the very thing that’s made it possible for this story to be told. Pre- Walter White, Narcos and The Wire, this series might not have stood a chance of being made, and had it been produced it might not have included the level of hindsight about its subject matter that it now employs. So, it’s a bit of a Catch-22 here: those shows made it possible for Snowfall to exist, but they’ve also worn out the viewer a bit.

Having said that, let’s think about this in terms of Jurassic Park. When the first film of the franchise came out (way back in 1993!!), it was a marvel because it was pretty much the first time that dinosaurs looked real on screen. Now, there are so many special effects in movies that almost nothing looks real – dinosaurs, space travel, superheroes — everything looks manufactured in a special effects lab. But, we all know this and it doesn’t stop the movies from looking incredible, and if we lucky, telling an exciting story.

This is what Snowfall is – it’s not original in a way that’s super revelatory, but it certainly looks amazing and tells a tale that’s definitely worth an investment of time. 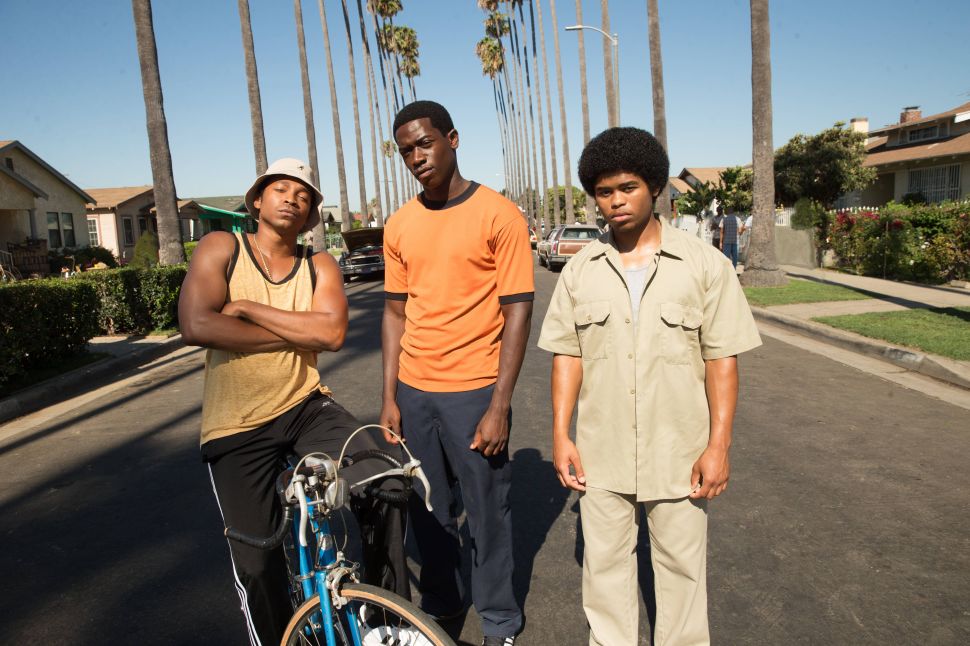