Last month, a Georgia State senator running for governor posed with an armed militia group at an Atlanta rally, introducing many of us to the III% Militia. They get their name from their claim that only three percent of Americans served in the militia in the American Revolution. On the eve of Independence Day, it’s worth asking if only that low percentage served or if participation in the war was more widespread.

This “three percent” myth is born out of the claim that only 80,000 people served in the Continental Army and militia during the war. With the 1780 population estimated at 2,780,369, that gives us 2.96 percent of the country serving in George Washington’s Army.

Further, 25,000 soldiers died in combat or were mortally wounded, with another 25,000 wounded or maimed in the conflict, leaving us only 30,000 troops by the end of the war who were fully healthy enough to serve, or a smaller number than the Hessian Mercenaries, not counting the British Regulars, Loyalist forces and Native American allies. It’s a wonder that the British quit, given their overwhelming odds, and the finding by Conway that British forces numbered half-a-million in their army and navy by the 1780s. Something might not be right about those American numbers.

Historian John Ferling finds that the Continental Army size was actually 100,000, not counting the militia. “Probably twice that number soldiered as militiamen, for the most part defending the home front, functioning as a police force, and occasionally engaging in enemy surveillance” in addition to supplementing the Continental Army for stretches.

John K. Robertson looks at this very issue of militia size in the Journal of the American Revolution in 2016. In his article “Decoding Connecticut Militia 1739-1783,” Robertson finds that in May of 1774, the Connecticut state legislature created the 17th and 18th Regiments. At the time, the state’s population was 191,392 white males, females and children (no word on the non-white population was listed). Of these, 26,260 were in the militia, which meant 13 percent of the population.

And that estimate is very likely much too low for how many Connecticut militia there were, for several reasons. First of all, lacking a border with the Indian population, the age requirement for Connecticut in 1774 was much lower than other states (the maximum age fell from 60 to 45). Second, during the American Revolution, that maximum age of service rose to 55 in Connecticut. Third, the state expanded their regiments from 18 to 28, which would provide an estimated 14,588 men (estimated by dividing the 1774 regiment size by 18 regiments, multiplying that number by 10 for the new regiments), giving us 40,849 militiamen. Multiply that number by 13 states, and you get 531,035 militiamen (Connecticut was a middle-sized state in the 1790 Census). It could be a bit lower, but that figure a lot closer to Robert Allison’s numbers, which are 375,000 serving, or almost 15 percent of the population.

That doesn’t include the U.S. Navy, state navies, Continental Marines (2,000 by one estimate) and the estimated 55,000 who served on American Privateers, which gets us from 15 percent to perhaps as high as 25 percent participation. That number also doesn’t count the men and women who worked to feed our troops, clothe our troops, provide supplies, gather information, and protect our frontier and shores.

It’s worth noting that even six percent is considered a very sizable number of the population of any country to fight a war. What the evidence shows is that the war was very popular among Americans, who did turn out to fight hard for their freedom, participating in rates much higher than what you see from other countries in their wars. Our service was something to be proud of, not something to be ashamed of, as some on the fringes would lead us to believe. 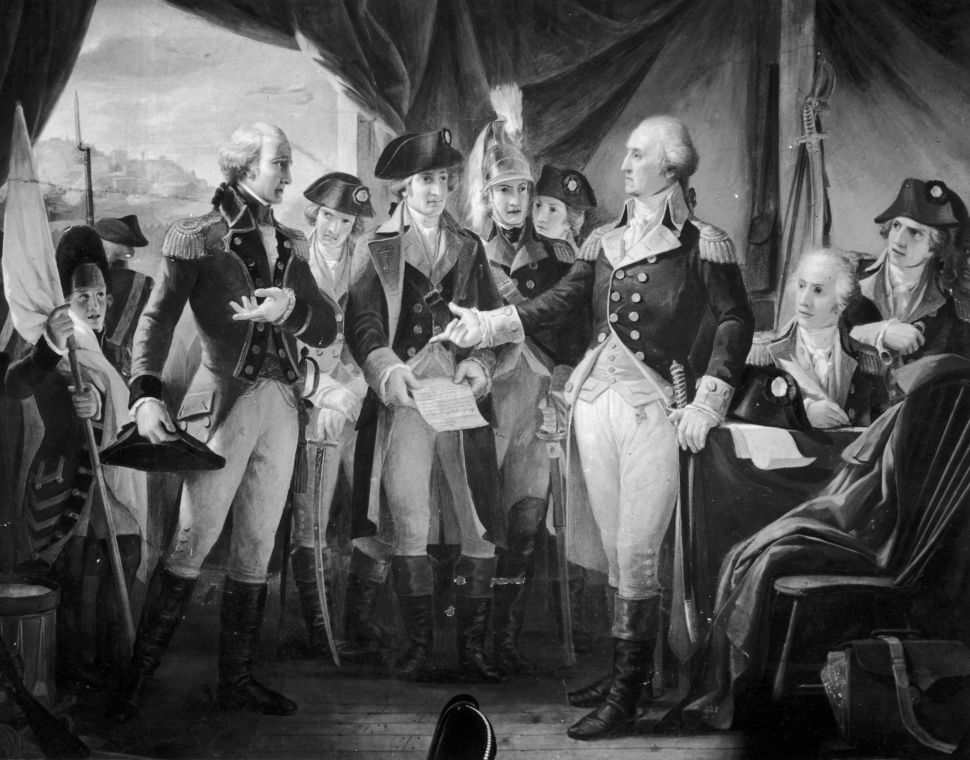