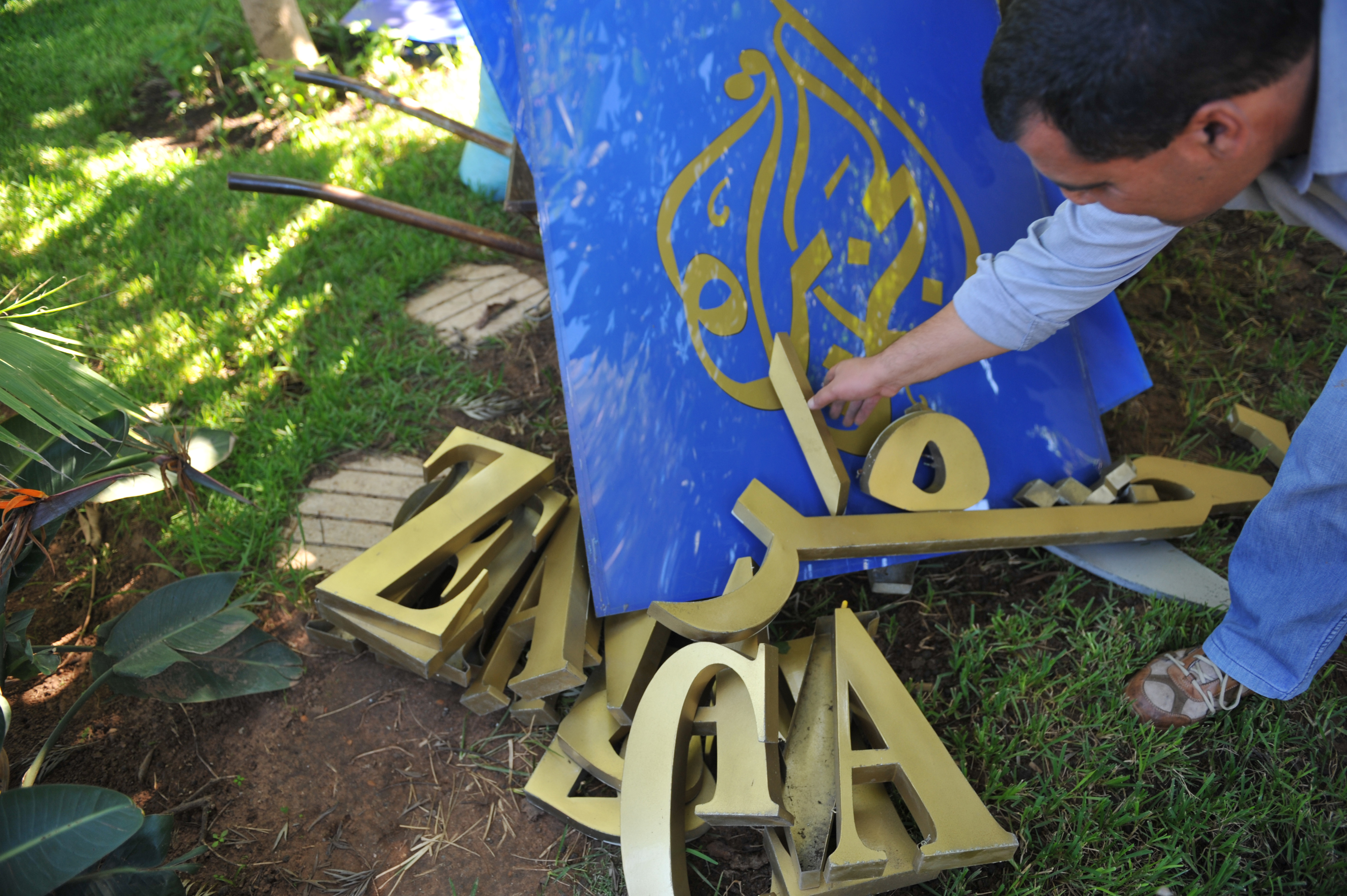 On June 5 four Arab states – Saudi Arabia, the United Arab Emirates, Bahrain and Egypt – declared a soft war on Qatar. They had a long list of demands, ordering Qatar to weaken ties with Iran, expel Turkish military forces from the country and take other steps that would reduce Qatar’s influence in the region. They also demanded that Qatar close Al Jazeera, the Qatari-funded media network that, for years, has been critical of other Arab regimes. So far the Qatari government has resisted pressure to curb the activities of the network.

I’ve been studying and writing about Al Jazeera since its early years, sometimes with concern, sometimes with appreciation. My 2008 book “The Al Jazeera Effect” explored the political significance of regional satellite television news networks in the Arab world and beyond.

Although the politics of Al Jazeera remain controversial, I believe shutting down any news organization weakens the viability of a free press – particularly in a region where democracy has so much difficulty gaining traction.

When Al Jazeera launched in 1996, it shook the Arab media landscape.

At the time, stodgy, government-controlled television newscasts were the norm. They featured uncontroversial reporting with low production standards. Suddenly, there was a channel that offered relatively uncensored coverage of the region’s politics with the sleek look of Western news programs like those on BBC and CNN.

Most importantly, when there was a big story within the Arab World – such as the Second Intifada, the 2000 Palestinian uprising against Israel – Arab audiences no longer had to turn to Western broadcasters to get analysis about what was happening. Instead, they saw Arab reporters covering the news with a pro-Arab slant. Al Jazeera English, which was founded in 2006, prides itself on covering more stories and perspectives from the “Global South” than other news organizations.

More broadly, the channel became controversial because of its coverage of the American wars in Afghanistan and Iraq. The George W. Bush administration considered its coverage inflammatory for highlighting civilian casualties in those conflicts, with government officials charging that Al Jazeera was stirring up opposition to U.S. efforts in the region.

Yet Al Jazeera’s free-wheeling, pan-Arab approach has also been a source of ire for Middle Eastern rulers who prefer to control the news that reaches their citizens. Al Jazeera has reported critically about these governments, especially those that are now acting against Qatar. Its talk shows have debated topics such as religion and women’s issues in ways that have redefined the concept of “free speech” in the Arab world.

There are, however, limits to Al Jazeera’s journalistic doggedness. Despite Al Jazeera’s eagerness to question the ruling classes of most Arab countries, the Qatari royal family isn’t covered with the same level of scrutiny. Rather, the channel has been seen as a de facto part of Qatar’s foreign policy apparatus.

The Arab Spring: A turning point

Saudi Arabia, Bahrain and the United Arab Emirates (UAE) have been particularly upset with Al Jazeera and its Qatari owners since the 2011 Arab Spring uprisings. They viewed Al Jazeera as sympathetic to the protesters, and thought the network fanned the flames of revolt that threatened the region’s monarchies.

Al Jazeera has also covered the Muslim Brotherhood favorably, which has infuriated Egyptian president Abdel Fattah el-Sisi, who orchestrated the coup that removed his elected Muslim Brotherhood predecessor. Even in the midst of the current controversy, Al Jazeera continues to report critically about other Arab countries.

There is truth to the allegations that Al Jazeera Arabic’s reporting has a pro-Islamist slant. Qatar’s adversaries say this reporting takes the form of sympathetic coverage of not only the Muslim Brotherhood but also Al-Qaida linked groups in Syria and Yemen.

What would fill the void?

Qatar has made clear that it considers the demands from the Saudi-led group as an infringement on its sovereignty. Even if the Qataris compromise on some of the demands, it’s highly unlikely that they will shut down Al Jazeera. The network is one of Qatar’s signature achievements, a vehicle that helped fuel the small nation’s global rise over the past two decades.

Al Jazeera does not have a monopoly on broadcast news in the region – far from it.

Its principal competition comes from Al Arabiya, which reflects the viewpoints of its Saudi owners and would probably become the dominant Arab news channel if Al Jazeera were to disappear. There are other prominent news sources as well – Sky News Arabia, owned by a member of the UAE royal family, and on the other end of the ideological spectrum, Al Manar, which is the voice of Hezbollah.

This competition has cut into Al Jazeera’s market share and its influence. Nevertheless, Al Jazeera is an inviting target for Qatar’s adversaries because the channel has done so much to elevate Qatar on the world stage. In addition to the original Arabic channel and Al Jazeera English, there are Al Jazeera Balkans and several sports and children’s channels. Al Jazeera also produces documentaries and live special programming.

Al Jazeera is far from perfect, but for those who hope to see a more democratic Arab world, the network has shown that even news outlets and voices that lack an autocratic stamp of approval can find a place in the public discourse. Like anywhere else in the world, Arab society benefits from having a diversity of voices debating the issues of the day.

The Middle East has countless problems, but they won’t be resolved by rolling back already limited media freedom.

Philip Seib is a Professor of Journalism and Public Diplomacy at the University of Southern California, Annenberg School for Communication and Journalism. This article was originally published on The Conversation. Read the original article. 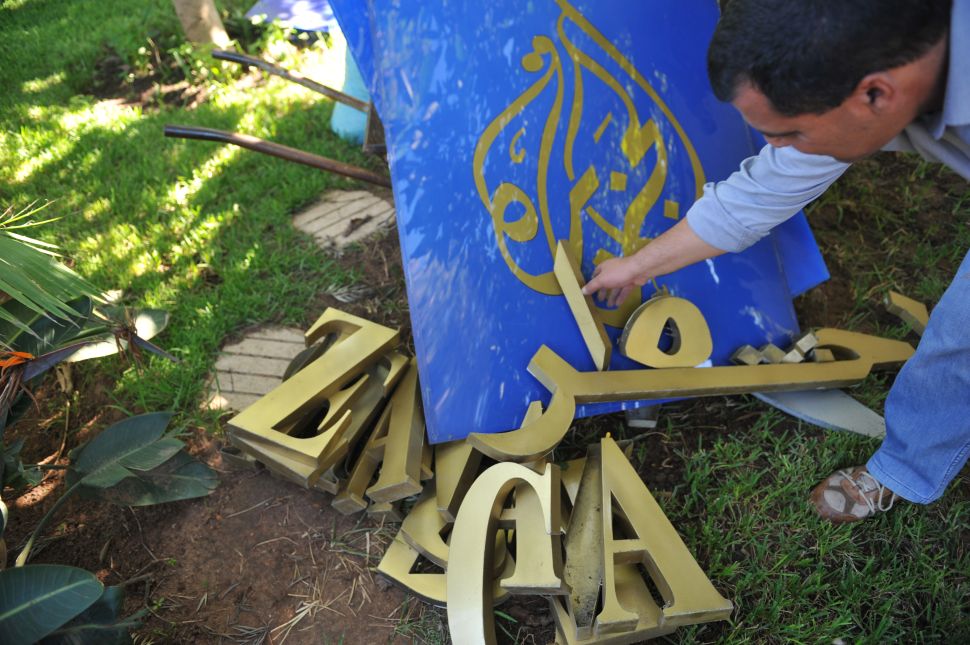