SpaceX is having its best year ever. In the past few months, Elon Musk’s spaceflight company achieved the first-ever reflight of a reusable rocket and has even re-flown its Dragon spacecraft to the International Space Station. SpaceX has also completed more missions in 2017 than any other year since its founding. So what’s next?

Musk started SpaceX to ultimately spread humans throughout the solar system with a first stop on our neighboring planet, Mars. The billionaire CEO spoke bluntly about the challenges his spaceflight company faces in achieving that goal at the International Space Station Research and Development conference that wrapped yesterday in Washington D.C.

Here’s what we learned:

The Falcon Heavy test flight could end in failure.

Elon Musk doesn’t sound too confident in a successful first flight of the triple-booster Falcon Heavy rocket. “ I want to make sure to set expectations accordingly. “I hope it makes it far enough away from the pad that it’s not going to cause damage,” he said. “I would consider that a win, honestly. And yeah. Major pucker factor is the only way to describe it.” Musk explained that firing 27 orbital-class engines is complex and that “there’s a lot that could go wrong.” He added that it wasn’t as straight-forward as strapping three Falcon 9 rockets together.

“Real good chance that vehicle doesn’t make it to orbit,” said Musk. The need for a risky first flight is due to the difficulty of testing the Falcon Heavy on the ground. Musk later said that such a test was impossible. “The loads change, the air dynamics totally change. You triple the vibration and acoustics. So you break the qualification levels and so much of the hardware,” he explained. “It just ended up being way way more difficult than we originally thought. We were pretty naive about that.” The new heavy-lift rocket will be the most powerful launch vehicle in operation if SpaceX can get it off the ground.

Musk said the Falcon Heavy has about “2.5 times the payload capacity” of a single Falcon 9 rocket. “We’re well over 100,000 lb to LEO payload capability, he added. “And it has enough thrust performance to put us in a loop with Dragon 2 around the moon.” SpaceX has taken payment from two private citizens to fly on a Dragon mission around the moon. Musk says that the first to fly atop the Falcon Heavy rocket will be “brave” due to the high risk of failure but it’s unclear who that will be. The first Falcon Heavy launch is expected to occur before the end of the year from Kennedy Space Center and SpaceX will attempt to fly home all three boosters for recovery.

SpaceX was conceptualizing cargo missions to Mars using a variant of the Dragon spacecraft dubbed the Red Dragon. Musk previously described the missions as a “train regularly leaving the station” that would help lay the infrastructure for a future human city on the planet. Red Dragon would have launched atop a Falcon Heavy toward Mars carrying science and cargo.

The spacecraft would have touched down using a propulsive landing technique SpaceX has been developing for all its Dragon spacecraft. Small engines built into the Red Dragon’s hull would fire above the planet’s surface and help the spacecraft gently land using deployable legs. SpaceX has decided to scrap these plans due to risks associated with that type of landing as well as the many qualifications they would need to pass for them to utilize the technique on Earth following  cargo and crew missions to the space station.

“There was a time when I thought that the Dragon approach to landing on Mars would be the right way to land on Mars,” said Musk. “Now I’m pretty confident that is not the right way. There’s a far better approach. That’s what the next generation of SpaceX rockets and spacecraft is going to do.” He later added that they will still pursue propulsive landing on Mars but with a larger spacecraft, which could be part of SpaceX’s newly adjusted plan for sending humans to Mars.

Elon Musk has been teasing a Mars update for months now. Following the first reflight of an orbital SpaceX rocket in March, Musk held a press conference where the Observer asked for an update on a human mission to Mars. He explained that the company’s update would focus on actually paying for those missions. Musk is now saying that he will give another talk at the International Astronautical Congress (IAC) being held this year in Adelaide, Australia to reveal those new plans.

It was at last year’s IAC in Guadalajara, Mexico where he first gave a talk titled Making Humans a Multi-planetary Species. It sounds like Musk has made significant changes to the plan which originally included a massive spaceship that can initially shuttle 100 colonists at a time to Mars. SpaceX will now shift to a smaller design of that spacecraft that would enable it to carry out missions in low-Earth orbit, missions that would help finance interplanetary travel. Musk says the new design is more “real” than the last.

A moon base could help.

Elon Musk thinks that getting humans back to the moon will inspire people like the Apollo missions did. In fact, he said we need a “base.” Is this a suggestion for NASA or another private company? Or will SpaceX be adding lunar landing missions to its Mars colonization road map? SpaceX hopes to be the ones to return humans to lunar orbit next year for the first time since 1972. That’s if they can pull off the privately-funded tourist mission. So far, there are no plans to land on the surface but Musk said that a base on the moon could help get humans to Mars. If SpaceX is unveiling a smaller interplanetary spaceship to fly to the red planet, it isn’t a stretch to think they may use the moon as a proving ground and add a lunar base to its multi-planetary vision.

During a Q&A that followed Musk’s talk, a member of the audience proposed a scenario along the lines of an interplanetary war. The question was if different nations would fight over Mars resources in the future. Musk is doubtful. “I dont think theres going to be an scarcity, he said. “There’s a lot of land on Mars. Not many people.”

On the other hand, Musk did add that human civilization has a poor track record when it comes to war and given the pattern, mars won’t be war-free forever. However, Musk doesn’t foresee and conflict over resources anytime soon.

When posed with the question of whether a human Mars mission should be a multinational effort that is shared by all, Musk offered an alternative. He thinks the best way to keep things balanced and progressing is the existence of two or three coalitions made up of individual countries that would compete in a “friendly” fashion toward colonizing Mars. He referenced the spirit of the Olympics in making the case for that kind of competition.

ISS Program Manager and the keynote’s moderator, Kirk Shireman, then added that NASA is interested in such a coalition and has begun early talks to build one.

Elon Musk argued that humanity should allocate 1 or 2 percent of its resources to making life multi-planetary. “There are certain irreducible risks on Earth, he says. Musk proposes that a global war could put a pause on technological development especially nuclear war. He discusses the “general decay” of societies over time by referencing Egypt and Rome. Ultimately, Musk says that “being a multi-planetary civilization and having human bases throughout the solar system is very exciting and inspiring.”

When the billionaire was asked if he would be part of the crew flying on a SpaceX vehicle to orbit, he thought for a minute before admitting he might. “I would like to at some point,” he said. “Assuming things work out, yeah, maybe in three or four years.”

SpaceX is close to full and rapid reusability.

The audience applauded when Musk discussed the Falcon 9 landings and their impact on making space accessible. The billionaire says SpaceX will attempt “about a dozen” more launches this year while they pursue a 24 hour turnaround from launch to relaunch of a single booster. The company hopes to reach this window sometime next year and Musk says that SpaceX is on the “technical path” to achieving it. Later, he said that full and rapid reusability that matches airplane usage is the key to opening up space.

SpaceX wants to successfully recover the payload fairing––the nosecone that houses a customer’s satellite atop the Falcon 9 during launch. According to Musk, the fairing is large enough to fit a city bus and is worth about six million dollars. He tells his team at SpaceX to imagine a giant wad of cash falling from the sky and hopes that will motivate them to fully recover the fairing by early next year. SpaceX will also attempt to recover the upper stage of the rocket in the future.

Falcon 9 rockets will launch from a new Texas launch pad

SpaceX is building a new launch pad at Boca Chica Beach in Cameron County, Texas. Musk says the facility will “ensure continuity of service.” For instance, it will give SpaceX “contingency capability” in the case a hurricane is passing over Florida’s space coast which is not uncommon. According to local news reports, a state highway leading to the new Texas pad is being upgraded to support the weight of the Falcon 9 rocket. The Cameron County Spaceport Development Corporation will pay SpaceX $2.6 million for the local development costs and the state has pledged $10 million more to be dispersed later on. SpaceX hopes to fly its first mission from Boca Chica Beach in late 2018. 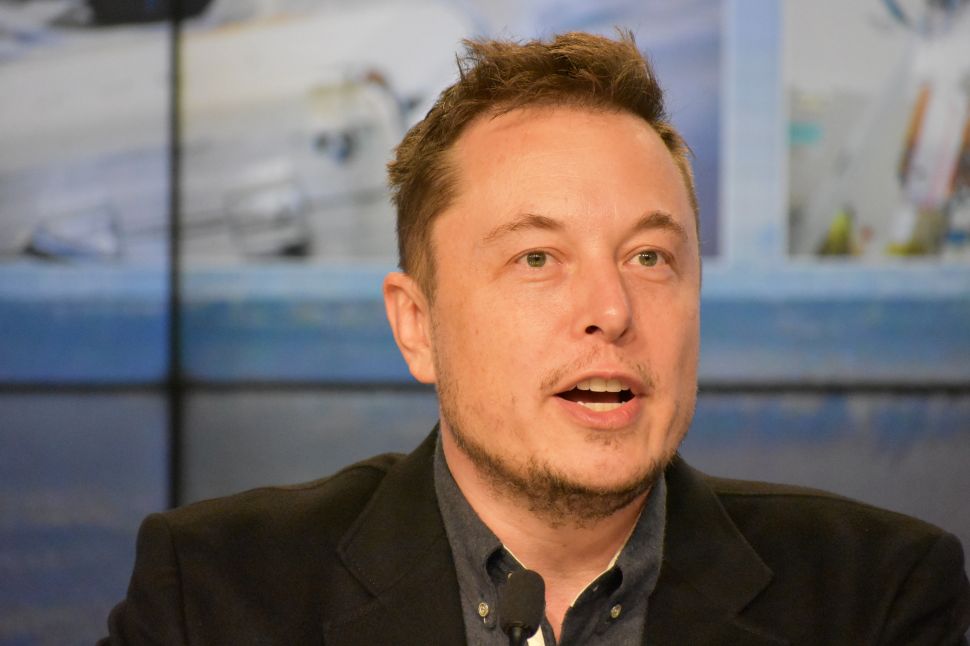