The Supreme Court temporarily lifted some of the restrictions on President Trump’s travel ban last week, allowing parts of his prohibition on immigrants from six majority Muslim countries entering the United States to go forward. Resistance to the decision was immediate—and now, thanks to Spotify, it’s musical too.

Today the digital music service unveiled “I’m with the banned,” an initiative to empower artists from the countries affected by the travel ban (Syria, Sudan, Somalia, Libya, Yemen and Iran). Spotify partnered with Universal Music Group on the project, in which performers from the label (including Desiigner, Pusha T and X Ambassadors) traveled to Toronto to collaborate with artists from the travel ban countries on new music.

“In every era, in every country, communities have been banned for their differences, their ideas or their demands for equality,” a Spotify spokesperson told the Observer. “Cultural divisions and injustices inevitably find an expression or tension point in music—and champions in artists.”

The participating “banned” artists include:

“We wanted to identify artists that had an appetite for Western audience growth, aimed to make music and tour in the U.S. in the future and had a unique story to tell,” the spokesperson said.

The songs which resulted from these collaborations are now available to stream on Spotify. In addition, there are several “I’m with the banned” playlists which include music from both the American and Muslim artists.

Spotify has also created an “I’m with the banned” film, which delves into each musician’s personal story as they work with their American collaborators. The full movie won’t be released until the fall, but the trailer and several clips are already on YouTube.

As part of this project, Spotify is also working with the I Am An Immigrant campaign to celebrate immigrant heritage and share stories about immigrants’ positive contributions to the United States. 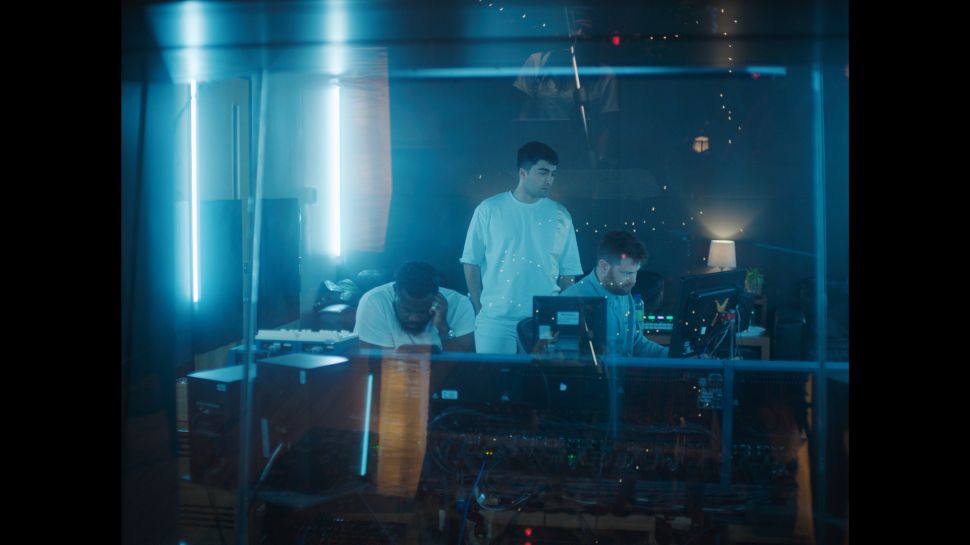