Believe it or not, Planet Earth isn’t populated by all straight white males despite what most movies and television shows would have you believe. Adding more diversity to pop culture is an important mission which is why the Final Frontier is helping out.

CBS All Access’ upcoming Star Trek: Discovery will introduce the 51-year-old franchise’s first openly gay TV character. Anthony Rapp (Rent) will be playing the character, who serves on the show as an anastromycologist (apparently it’s a fungus expert) in a very integral role, Entertainment Weekly reports.

“We’re at a point in time where people aren’t defined by their sexuality,” Aaron Harberts, who is co-showrunner alongside Gretchen J. Berg, told the outlet. “What’s fascinating about the character is that when we meet him we don’t know who or what he is. He’s so super specific, he’s persnickety and difficult and brilliant, and he isn’t going to give an inch and he has very strong feelings about why he’s on the Discovery. We wanted to roll out that character’s sexuality the way people would roll out their sexuality in life.”

While last year’s blockbuster Star Trek Beyond made a passing acknowledgment of Sulu’s sexuality, Discovery will peel back the layers of its characters to a greater degree.

“I’m really excited and happy when a gay character is a part of a story — especially when a gay character is created in a complex and human and non-stereotypical, interesting way, and that has certainly been the case with Stamets,” Rapp told EW. “And you get to see his relationship. There was a little glimpse in Sulu in Beyond, and it was a nice nod. But in this case, we actually get to see me with my partner in conversation, in our living quarters, you get to see our relationship over time, treated as any other relationship would be treated.”

Rapp’s character, Stamets, will be in a relationship with another member of the crew in Discovery. But as one of the more intelligent characters on the show, he might need to work on playing nice with others.

“He’s a really, really smart guy and as smart guys go, he sometimes can be a little difficult to deal with because not everybody’s as smart as he is,” Rapp said. “So he’s got a little bit of an edge sometimes, which is fun to play.”

Star Trek: Discovery will premiere on CBS on September 24 and November 5 before moving full time to All Access. 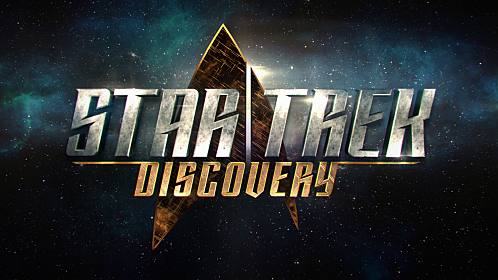