While Netflix’s Stranger Things is busy scaring off Hollywood movie studios, fans of the original sci-fi mystery drama are eagerly awaiting season two’s arrival in October. But now that we’ve all found our latest TV obsession, how long will we be able to enjoy it? Creators and showrunners Matt and Ross Duffer have begun looking well beyond season two and, along with executive producer Shawn Levy, are beginning to map out just how long Stranger Things will last and which directions it will head. The three of them even sat down with Collider to provide some interesting details about their long-term plan.

“Well we started having those real conversations after the first season came out, and I think us and Shawn, and we talked to Netflix—we sort of have a rough plan and I think the important thing for us was to really start to lay the groundwork this season for what would be the arc for the rest of the show. In terms of exact number of seasons we’re not sure, but I know that Matt and I wanna stick with it and just sort of finish it out. But again we don’t want to linger too long, we just want to tell the story that we want to tell and get out. Hopefully people are like, ‘I want more!’ and that’s great, but that’s sort of how we want to leave it. In terms of spinoffs, I don’t think we’ve gotten that far. Because for us it’s really just about focusing on this story and just getting it done.”

The Duffer Brothers told Collider that they envision Stranger Things running for four or five seasons, while Ross said, “We’re gonna know more as we start really getting into breaking Season 3, which is soon.”

Sometimes massive success on the small screen can lead to serious offers to work on the silver screen, which can also leave popular series without its creators (just ask J.J. Abrams and LOST fans). Fortunately, as Collider reports, the Duffers have no interest in jumping ship for Hollywood right now and are excited to execute their vision for the entirety of Stranger Things. Levy explains:

“There is no succession plan. There’s no like, ‘Oh the Duffers are gonna pull back.’ It’s a tiny creative team that makes this show, it’s predominantly this twinship that makes this show, and luckily for us and fans of the show, they’re being offered movies every week but they love this thing they’ve created, they know the value of it. To get to create a world of characters that the rest of the real world embraces, you’re lucky if you get that once in a career. They’re young but they’re also smart enough to know that, that it’s a gift. It’s not like we’re grooming someone that we’re gonna hand the show off to, it’s us and we’re in it, and it’s because we still love it. We’ve got a lot of story left.”

It’s good to hear that the Duffers aren’t angling for new gigs and are passionate about the story at hand. Given that, when can fans expect to see season three?

“We’re not quite on the yearly cycle, as you can tell,” Ross said. “But we’re gonna do it as fast as we can without totally burning out.” Matt added: ““It’s funny that you read these comments and people are mad about the wait, and I’m like ‘I’m gonna die.’ (laughs) I can’t do anymore for my own sanity. And also it’s about quality control too. I think it makes a big difference. So we’re trying, but if anything I want more time not less time. I think it’s gonna be worth it. What is it 15 months? We’ll try to stick to that.”

Stranger Things season two will arrive on Netflix on October 27. 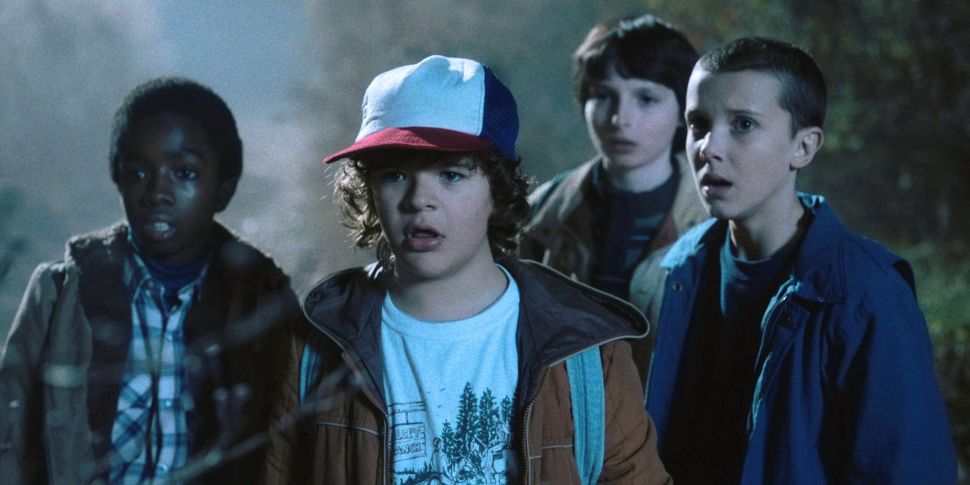