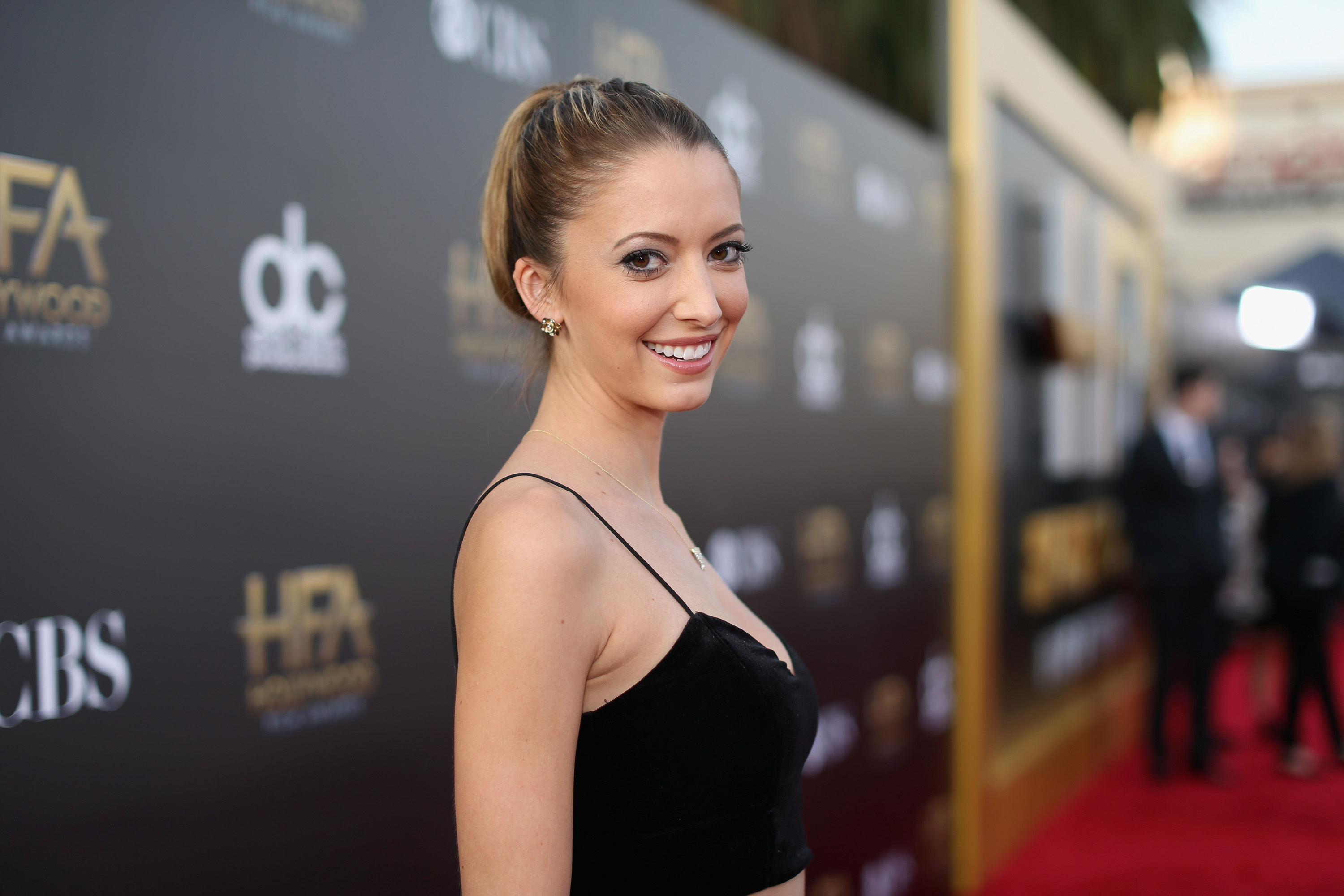 I’m 31 years old, and last week, I went public on YouTube with my egg freezing.

While it’s not exactly something I’d lead with on a Tinder profile, I was pretty surprised by the controversial reaction, and that so many women still felt embarrassed or ashamed about the conversation.

On Facebook, a shorter video, I did received more than 2.4 million views, and I’ve since fielded hundreds of questions ranging from the pain of hormone shots to how my future child will one day feel about years of chillin’ in a cryotank.

As a member of the growing category of not-yet-married-30-somethings, I am not alone.

Statistics around the success of frozen eggs to live births are notoriously difficult to pin down because women with frozen eggs typically don’t use them for years, and egg freezing technology is advancing faster than data collection can accommodate. Most studies show that success rates range from between 1:7 to 1:15, depending whether the eggs were frozen before 2010 and the age of the women freezing (younger eggs improves outcome.) More recent studies published in 2016 and 2017 demonstrate that women who freeze between 10-15 eggs under the age of 35 can expect a 60-80% likelihood of a successful pregnancy.  In addition, the process is historically expensive, and like any elective treatment, there are risks involved.

For women who haven’t yet found a partner, suffer health issues, or choose to focus on their careers, the anxiety around “clock talk” can cause immense psychological distress. Those who are uncertain of whether they desire kids face a different challenge of overcoming the well-meaning analysis of their friends, “oh, but you will want them eventually” or “…but kids are the best thing that will ever happen to you!”

Despite these well-intentioned assumptions, promoting motherhood as the highest yielding source of meaning and self-worth doesn’t acknowledge what’s actually going on: numerous studies cite growing unhappiness and depression amongst new parents, particularly in America, as a result of the cultural shift away from villages to suburban and urban dwelling.

The reality is that not everyone wants to be a parent or (quite frankly) should be. Raising a child is tough business, and doing so without a stable, supportive partner or financial independence exponentially increases the difficulty. Given the number of children without families and the numerous problems with overpopulation, it seems only fair for society to start developing new frameworks around what it means to have a family.

One way to start shifting that framework is by igniting this conversation. With the advent of new technologies like egg freezing, women are able to make more conscious choices around work, partnership, and children—rather than feel backed into a corner by unforgiving biology.

Despite the benefits, I’ve stumbled across numerous articles online denouncing egg freezing as a practice and posing serious questions about its safety and efficacy.

In one popular article, an ‘expert’ warned that egg freezing will lead to “poorer, less energetic” parenting by women, as well as an “increased likelihood children will lose their mothers early on.” Last I checked, this is 2017. Women continue to see an increase in lifespan, live 5-10 years longer than their counterparts, and recent studies demonstrate a number of benefits of being an older mother—financially, emotionally, even physically.

The same piece presented company-subsidized egg freezing as a dangerous distraction from improving maternity leave and workplace child care programs. While workplace childcare policies are important conversations, one discussion doesn’t need to invalidate the other.  For working women not yet ready to have children, does the right to discuss workplace fertility options or benefits matter only so far as they are willing to become mothers, and quickly?

Another recent sketch from a popular TV show accuses fertility companies of preying on women’s insecurities around age. Can we give women some more credit here? Whether we’re talking about gym membership or life insurance, humans are always making choices based on their own risk profiles. Never once in my experience did I feel “preyed” upon or pushed and the statistics literature is widely available.

And finally, there have been points made about the inaccessibility and socioeconomic inequality of egg freezing. While it’s true that the price tag has made it inaccessible to many, like any technology, innovation and demand brings down costs over time. (Just look at the cell phone—it cost $9000 in 1987 and is now widely distributed and used across some of the poorest countries in the world.) In fact, the fertility clinic I chose was about half the cost of other clinics, and guarantees a minimum of 12 eggs at no additional cost for additional retrievals.

The reality is that the debate over egg freezing isn’t going away anytime soon. 30% of women over the age of 30 in the US are not married, and 15% hit 40 without having kids, and these statistics are growing. Of my own female friends, I would say more than half in their 30’s are still single. Some are just now hitting their stride at work, while others have switched careers and are starting from scratch.

All things considered, the process for me was relatively painless. Sure, there were downsides. Nine blood tests, seven ultrasounds, 30+ needles, and three weeks without cocktails (just when you need them most.) And of course, the sinking realization that you could have gone to Bali for less than the pharmacy bill.

But after two years of contemplations and consultations, regardless of whether I need to use the eggs later or donate them to a couple who needs them, I feel empowered by my decision.

Ultimately, I know what I paid for—peace of mind.

Based in LA, Taryn Southern is a content creator and comedic internet personality whose videos have received more than 500 million views online and almost 500,000 subscribers on her YouTube channel. She’s also acted in more than a dozen TV shows and been a host on Discovery Channel and Sirius XM radio. She is currently producing a feature length documentary about the human brain directed by Morgan Spurlock. She recently gave a keynote talk “Collaborating with Robots: A YouTuber Looks To The Future” at The Next Web and is producing a VR music album with artificial intelligence. 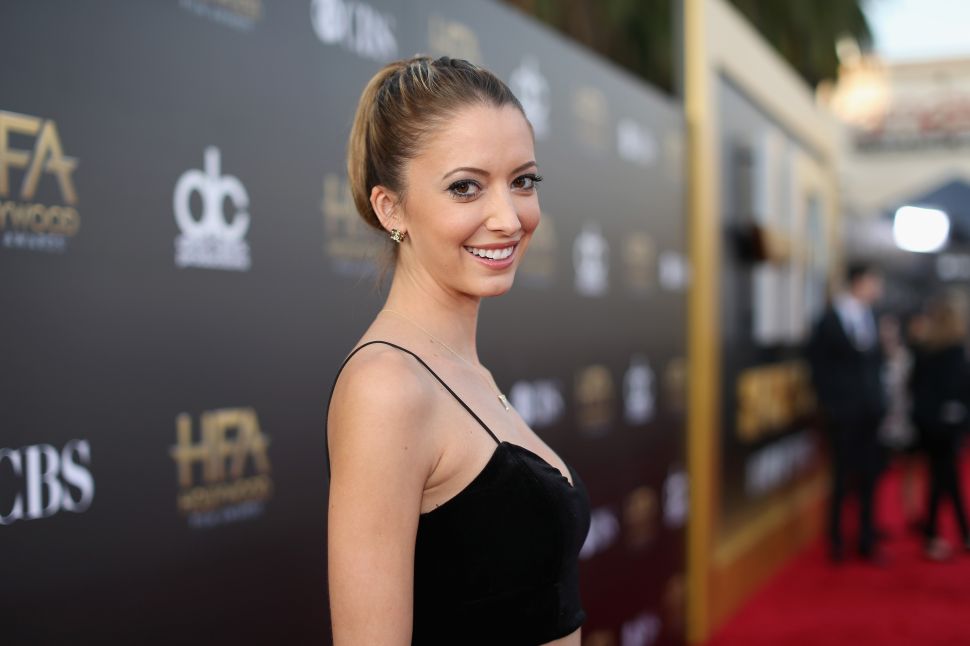