We are seeing the gradual AI and robot augmentation of today’s industries, from manufacturing to radiology, legal research to dermatology. So long as a job requires constant repetition and consistent quality, it can be easily automated.

Anyone who has ever weeded a flower bed or garden knows it takes constant repetition. And anyone who has ever looked at a few acres of farmland and noticed the tidy rows of plants can see that farming has begun replacing human labor with robots. There are robotic cow milkers, robotic lettuce weeders, robotic tractors and robotic vine pruners. Farming is full of examples where technology supplanted human labor, but it’s now at the point where U.S. manufacturing was a few decades ago: The nature of the job is about to change and far fewer jobs will be available.

So what? One of the most pressing issues in U.S. agriculture today is a labor shortage. It is leading farmers to curtail the amount of food they produce, which will, in turn, be reflected in consumers’ grocery bills. While the 2017 agricultural season won’t be saved by a wave of robots coming in to flawlessly harvest crops, technologies that reduce human overhead—and eliminate some of the most physically brutal tasks—are projected to cost as much or less than human labor by 2020.

This tech won’t be cheap, which raises another issue for farmers. Right now only large farms can afford drones for crop-spraying and livestock monitoring. Most farms are caught in a cycle of loans and debt servicing with major ag companies—did you know that John Deere is the fifth largest agricultural bank in the U.S.? And that its $2.2 billion in loans produce a third of overall revenue and boast four times the profit margins that equipment sales get? Turns out the farm-loan business is incredibly lucrative.

As for the farmers on the other end of it? Total U.S. farm debt is expected to rise by 5.2 percent this year, while total farm assets (i.e. the stuff farmers can sell for cash) is expected to drop by 1.8 percent. That ratio imbalance suggests bad news for farmers. The robot revolution might be delayed if nobody can foot the bill.

Who cares? People in the agricultural industry. Farmers are facing two separate, somewhat related labor dilemmas: Either there aren’t enough people willing to work for the wages farmers are willing pay or there isn’t enough money to pay for what wages are supposed to be and still keep the farm going.

For example, last year California passed a law that phases in shorter working days and higher wages for farm workers. By 2023, farmers will be mandated by law to pay a minimum wage of $15 per hour plus overtime once employees have worked eight-hour days six days a week. Proponents of the bill point out that this means farm workers will finally have the same legal protections as other hourly workers and may actually be able to feed their families on their earnings: Two out of every three farmworkers in the Salinas Valley, AKA “America’s Salad Bowl,” are food insecure, meaning they lack consistent access to affordable food.

Critics charge that the rising labor costs will squeeze farmers to the point that they will either cut back their production or hire more workers. An op-ed from the American Farm Bureau hypothesizes a solution to this pending labor crisis:

How does a farmer do more with less, or at least keep up? Technology is providing the answer, as the heartbeat of agriculture gets drowned out by the eerie low hum of mechanization.

Many hands to make light work will no longer be needed due to automation. Crews of 20 to 30 workers are now being replaced by one machine. Take for example the Splat 2.0 and the Mantis Thinning Rover, which takes one person to swiftly hoe and thin a field of leafy greens, a task that once required dozens of workers.

In 2017, we romanticize a picturesque farm-to-fork process during which farmers lovingly handpick fresh produce. While we sporadically appreciate and consistently expect the same quality, most people are unwilling to do the same work. It’s not just a question of unwillingness to do the work; it’s a question of unwillingness to do the work for what the work currently pays. That, in turn, points to a bedrock condition in agricultural markets: Our food prices are what they are right now thanks to low labor costs. It is probably less of a challenge to find a way to keep production costs steady than it is to persuade Americans to pay more for food.

The jobs being replaced by machines are ones that are physically demanding and poorly compensated. Is it really worth grieving over how people used to spend their lives stooped over weeds for a few dollars a day?

It’s true that for farmers, adopting new technologies has always carried an enormous risk—the phrase “to bet the farm on it” didn’t make it into the popular lexicon because it implies little to no downside in staking your entire livelihood on something new. The 4-H’s very history points to an ongoing dialogue between America’s farmers and agricultural researchers who want to change how people grow or raise foodstuffs. Moving to a robot-augmented workforce would require a significant chunk of change, especially for smaller farms.

If we’re going to scrutinize how farmers manage their workforce, the least we can do is provide a way to mitigate the operational risks we’re asking them to assume as we also ask them to fix the same labor issues we consumers helped impose upon them into in the first place. 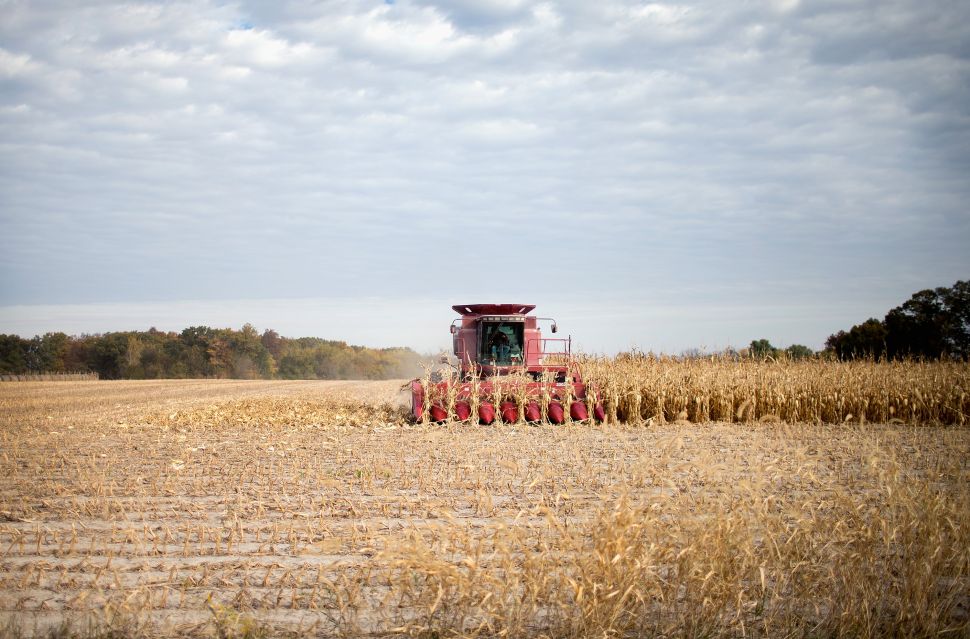