This article originally appeared on Quora: What was behind Tesla’s recent $12B stock drop?

Tesla is trying to do too many things at once, and it’s starting to show.

In my opinion, it’s very clear why Tesla’s value went down. This all started in February, when Goldman Sachs rated Tesla as “sell” stock, and valued it at $185, despite closing on the market at $257 on February 24th. At this point, Tesla had bought SolarCity, an alternative energy company. Their objective was to build a monster factory for batteries, in what’s supposed to be the biggest building in the world. This would then cut their battery costs by 30%, and make the upcoming Model 3 even cheaper in the long run. Analyst David Tamberrino’s reasoning for the rating change was “the acquisition of SolarCity—which is undergoing its own business model transition—comes at a time when we believe Tesla should be singularly focused on becoming a mass automobile manufacturer.” Based on this, Goldman Sachs had reason to believe that Tesla had too much on its plate, and this might stand to affect the launch of the Model 3, as well as other aspects of the business.

Then, one major hiccup came to the surface. In Q1 2017, Tesla shipped a record 25,051 vehicles. However, in Q2, this dropped to just over 22,000 units. They just met their first-half sales guidance with these volumes. But the reason they couldn’t ship more vehicles is because of “a severe shortage of 100 kWh battery packs, which are made using new technologies on new production lines.” As we all know, supply chain issues can wreck up-and-coming businesses (and established ones too, for that matter). It’s unfortunate, but a product’s business viability relies just as much on scalable production as it does the quality of the product itself. At this point, the performance concerns were not based on speculation, they were based on fact.

Now, obviously, this wouldn’t be an issue if Tesla was the only game in town, right? The problem is, they’re not the only game in town. According to the Chicago Tribune, there are at least eight car models that will be direct competition to the new Model 3, from established makers such as Chevrolet, Hyundai, and Nissan. Doubling down on this, Volvo said in May that they might even stop developing new diesel engines, to better compete with Tesla. So, with the combined forces of demonstrated production issues, and well-armed established competitors targeting the same market segment, this gives investors reason to lose hope in Tesla, thus driving down the stock price.

There was a blurb in a TechCrunch article that sums this all up very nicely;

The real reason for such a disconnect between analysts is that people see Tesla as two different things. One way to look at Tesla is like it’s a traditional car company — and if you value it by that industry standard, it’s absolutely overvalued.

But others see Tesla as a technology and energy company rooted in its self-driving and battery production technology, which could mean that Tesla is currently only a fraction of the size it could grow it.

In my opinion, Tesla is a technology company. They’re doing amazing things, and making astonishing innovations, not just in technology, but also in infrastructure, the supply chain, and even social responsibility. When this was their focus, there was no question about their value. But once they’ve become positioned in the eyes of others as a traditional car company, they don’t have the competitive strength to play directly against the big-league auto manufacturers.

Here’s the weird analogy I’d use to compare the valuation methods…as a smartphone, my iPhone 7 is worth about about $600. That’s when you’re looking at it as a smartphone. But as a paperweight, it’s worth about $5, because it carries no unique value over what I could get in a regular paperweight at Staples for about $5. In the very same way, if you value Tesla as a technology company, its unique merits will show in no uncertain terms that it carries substantial value. But if you value it as a traditional car company, it’s in a weak position, because of the production issues it has exhibited, and other ones that the analysts are forecasting.

I strongly agree with James Stewart’s opinion in this New York Times piece (Tesla Has Something Hotter Than Cars to Sell: Its Story), that Tesla’s primary selling point isn’t the cars, it’s the story. Not just Tesla’s story, Elon Musk’s story. Elon Musk is a god-like figure among entrepreneurs, tech nerds, and social activists alike. The company has built somewhat of a cult-like following, where people are interested in Tesla just because it’s Tesla. This, by itself, is extremely valuable, for a technology company. But for a mass-market auto manufacturer, the story is relatively insignificant.

Presently, Tesla is betting big on making it in the mass market. Investors, however, are rightfully having their doubts that it will be as successful as they claim it will be. The promises of a smooth Model 3 launch look good for consumers and market spectators. But for investors, it’s all about the numbers – and if the numbers fell based on an earlier prediction, that’s going to send a lot of investors running. Since that one prediction came true about the battery production, it signals that other predictions could also come true, and that is why I believe Tesla’s stock dropped so much last week. 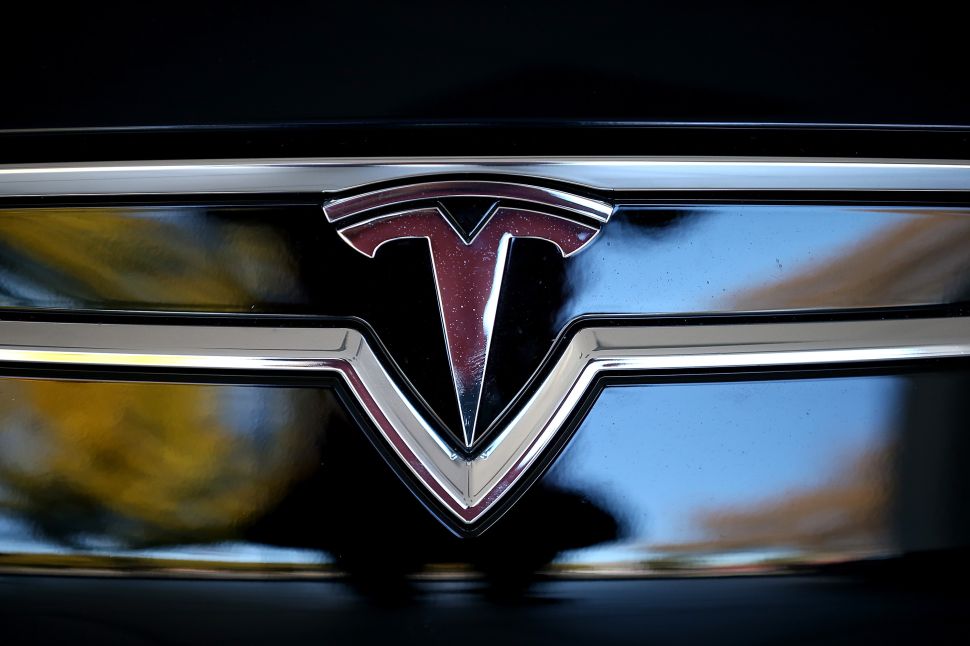