Have you ever dug your hand into a plastic pumpkin bucket on Halloween and searched desperately for that last Kit-Kat or Reese’s, but instead come up short with handfuls of only Twix and Snickers?

Odds are your deep dive into the bottom of the bin was useless anyway, as your host likely tossed in a huge pre-mixed bag of delights from Duane Reade mere minutes before you arrived at the door.

They weren’t thinking of filling it up with one of everything; rather, they only wanted to make it look like there was something for just about everyone.

But let’s take a step back for a second and think about why your quest for a peanut butter and chocolate treat was fruitless from the get-go.

That huge bag of 100-calorie wonders wasn’t even close to a random mixing at all, instead likely serving as a conglomeration of products from one of the major candy companies: Mars, Nestle and Hershey’s.

These companies pulled together their finest treats just for you and your late-October festivities, providing a taste of each of their products and ever-hopeful that you’ll head to your local bodega on a whim at some point in the next 365 days and invest in another 12 seconds of chewy goodness.

And odds are, you probably will; yet you will do so without knowing the names, details and specific product lines of the three aforementioned treat behemoths.

It actually makes more sense for them to stay behind the product front lines, letting you associate Skittles with a momentary dopamine rush instead of a heartless holding company.

It serves no purpose for you to be standing in the bodega, hungover and mumbling to yourself “Well, Mars is based in Virginia but Nestle is Swiss…”

In that split-second sales transaction, the only thing that the candy companies care about is #1 — themselves.

This might sound like a leap but bear with me: the future model for media brands could look very much the same.

Think about it: when you’re scrolling through your cable guide (assuming you still have cable), you’re really looking for 1 of a few things:

While you may know the rights holders for certain events like Sunday Night Football or the Oscars and you likely have an opinion about Joe Buck vs. Jim Nantz, when you’re flipping through the channel guide, all you really want is to land on the specific program you’re looking for.

Especially for pre-produced shows, at no point in your quest for content do you stop and think “Well, I implicitly trust the programming lineup that TBS curates, so let me blindly flip over and see what they have on.”

The brand that actually licenses the content is an increasingly smaller part of the channel selection equation…and that is even before talking about the disruption caused by digital viewing and voice automation.

(Caveat: the true exception to this example is cable news, where brand, voice and talent debatably matter more than they ever have before).

In the digital world, OTT upstarts like DirecTV Now, YouTube TV, Hulu, Apple TV and others are all in a Battle Royale to steal jaded cable dollars and consumer marketshare, acting as digital aggregators of the content that you know and love.

And, while specific channel offerings have been at the center of the skinny bundle conversation, consumers have only been concerned about which channels land where because of their need to watch The Walking Dead or Atlanta, and not due to any true brand affinity for AMC or FX.

Stalwarts HBO and Showtime will always somewhat stand alone as premium offerings, but recently Netflix, Amazon and Apple have proven that if you throw enough money at show production, premium content is just a large check away.

The impact of voice automation, though, could be the next iteration in media brand erosion, and it is readily becoming more available through Amazon Fire TV, the new Alexa-based product from Dish Network and other voice-based operating systems that will be released in the not-too-distant future.

With programming constantly just a verbal cue away, media network brand recognition will likely dissipate as your commands will be short-and-sweet like “Turn to the Patriots game” or “Watch last week’s episode of This Is Us.”

Your only true allegiance will be to the shows, games and events that you want to watch. Simply put: “Turn to NBC” will feel like an out-of-place order, oddly non-specific and with no guarantee that you will even get the content that you want.

As a result, current legacy mass media companies will become the faceless gatekeepers and quiet curators of content, aggregating properties that will generate revenue while being largely buried from the mainstream consciousness.

FOX will become the media-equivalent of Mars, NBC will look like Nestle and ESPN will be reserved to the role of Hershey’s. The more topical “watercooler” brands of Empire, Saturday Night Live and Monday Night Football remaining top-of-mind for consumers on a nightly basis.

So three years from now, when you sit down on a Friday night and plunge head-first into the increasingly intimidating World Content Library, just remember that there was a time when rapidly flipping through channels felt productive and there was always a chance that you would pray for a Reese’s and come up with a Baby Ruth…

Whit currently works with Production and Sales at FOX Sports on the Brand Partnership team. He also has published articles for Startup Grind on Medium about the intersection of media and technology with a particular focus on the fragmentation of content distribution. You can contact him at whitharwood@gmail.com with any questions or comments. 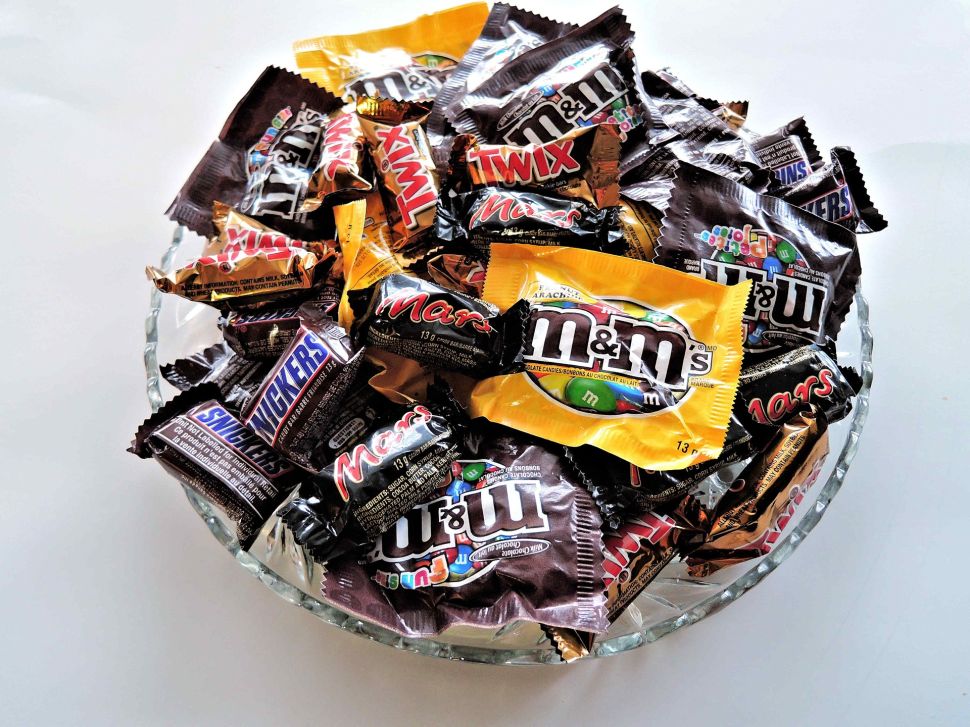