Good intentions don’t always make good movies, and Sean Penn’s The Last Face is a good example. Set in the crisis and chaos of the Liberian Civil War in South Africa, it tries to balance the futility of combat between myriad refugees and rebels with the facetiousness of romance between Dr. Miguel Leon, a Spanish relief-aid doctor (Javier Bardem), and Dr. Wren Peterson (Charlize Theron), a native-born South African who heads an international aid organization. Their goal—to save as many lives as possible—is similar, but the conflicting ways they go about reaching it turns their lives in the trenches into Hollywood-style hokum.

Plotless and leaden as a rusty drainpipe, the film is comprised of endless shots of starving and mutilated children, burning corpses, war-torn villages and legions of displaced refugees marching through rubble looking for life in a place where none is possible. The two stars, both Oscar winners, enhance the film with their customary passion and charisma, although Ms. Theron is saddled with an unnecessary accent that is not always easy to understand, especially when she is directed by Mr. Penn to speak in annoying whispers only a dog can hear. He’s proven himself as a first-rate actor-writer-director on  previous occasions, but the discipline and care he showed in both The Pledge and Into the Wild are sadly missing here. His work as a dedicated activist in trouble spots like Haiti and Hurricane Katrina speaks for itself, yet the wreckage of South Africa seems to elude him completely. One can only admire his desire to educate the public about global atrocities and expose the human rights violations in the crisis centers of the world. As a humanitarian, he would appear to be the perfect director for a project as vast and daunting as The Last Face, and dramatizing the brave work of Doctors Without Borders is a noble ambition. But his fifth film as a director is a giant step backward in dull self-indulgence.

With cinematography more riveting than the action, the agony and suffering play out in settings as diverse as a country house in Cape Town and a crowded refugee camp in Sierra Leone run by overworked United Nations volunteers. The cast includes such stalwarts as Moroccan-born French character actor Jean Reno and England’s versatile Jared Harris (son of the late Richard Harris), who has played everything from Andy Warhol, to Civil War general Robert E. Lee in Steven Spielberg’s Lincoln, to Sherlock Holmes’ villainous nemesis Moriarty. They are excellent, but wasted in roles that add up to little more than walk-ons. For Ms. Theron, The Last Face (a title that makes no sense) is not quite the disastrous abuse of time and talent as the horrific Atomic Blonde, but one can only wish to see her soon in more memorable material.

Despite the attempt to show the bloodshed in South Africa with accuracy, The Last Face fails on many levels. Characters are undeveloped, dialogue is platitudinous and insincere, and even the leading roles are one-dimensional. Ms. Theron is reduced to delivering stultifying voiceover narration I can hardly recommend as a cure for insomnia. A movie, first and foremost, must be a movie—with an obligation to instruct, entertain and sustain interest. On this excursion Sean Penn seems content to substitute long, lingering shots of a tearful Ms. Theron staring into mirrors and out of car windows for genuine emotions. Much of the movie is impossible to look at, including close-ups of a crude Cesarean childbirth sequence performed in the mud. And clocking in at 130 minutes, it is entirely too long. For a more lasting lecture on the interminable bloodshed in South Africa, better to stay home and read a good history book, or re-run Hotel Rwanda. 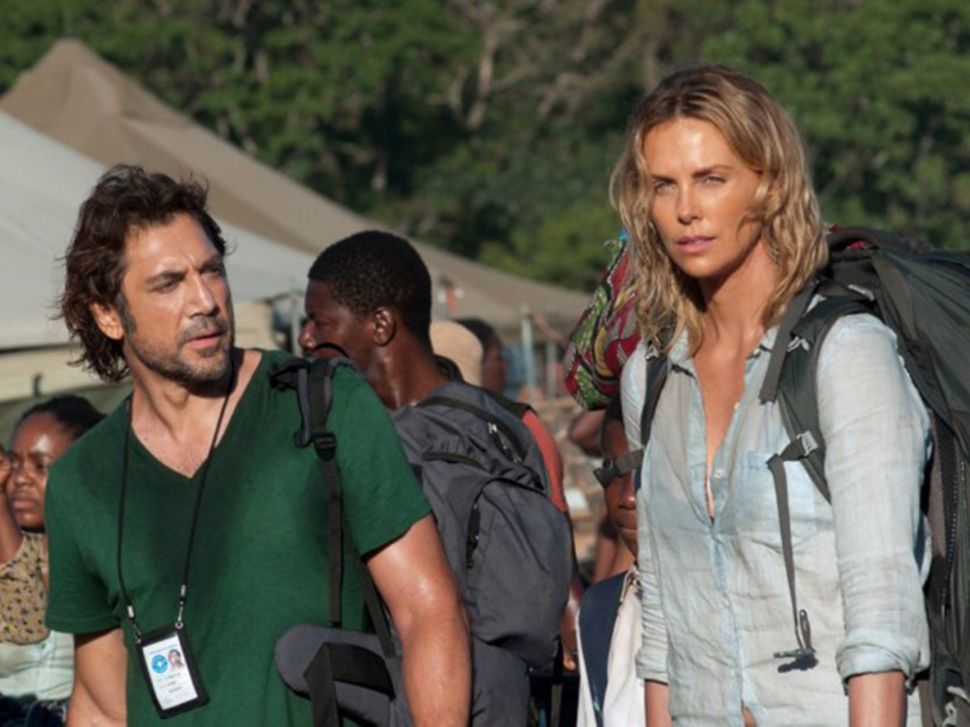