Richard Branson has been known to carry a notebook with him everywhere he goes. Frazer Harrison/Getty Images

Want to know one common habit among successful people?

They get things out of their head and down on paper (or some other note-taking device).

In fact, Richard Branson has been known to carry a notebook with him everywhere he goes, and credits writing things down as one of his most powerful success habits.

The billionaire founder of Virgin Group is not alone — here are some other examples of highly successful people who swear by note-taking:

Note-taking (in various forms) is clearly as relevant today as it has been throughout history, when Mark Twain, Thomas Edison, Ludwig van Beethoven, and Pablo Picasso all relied on their pocket notebooks.

Of course now there is no shortage of note-taking apps, from Evernote to OneNote to Google Keep, and beyond. And there is a hot debate about whether note-taking digitally or by hand is superior — with pen and paper seeming to still have the edge for learning and information retention.

This old-fashioned method has the support of productivity guru David Allen, author of the classic book Getting Things Done, who has said that “the easiest and most ubiquitous way to get stuff out of your head is pen and paper.”

This tried-and-true system is still so popular because it “requires no power source, no boot-up time, no program-specific formatting, and no syncing to external drives and the cloud,” according to David Sax, author of The Revenge of Analog.

I prefer the analog approach as well. I carry a pen and notebook with me wherever I go, opting for physical over digital for my note-taking. I find that this method helps me focus and absorb the most important information, even if I sacrifice some speed and efficiency along the way.

Even when reading books, I choose to underline key passages by hand, and then transcribe my top takeaways into a real notebook after I am finished reading. And I always keep a notebook by my bed to get things out of my head for a peaceful night’s sleep.

Whatever method you choose, the critical part is that you free your mind from excess information. Behavioral science expert Caroline Webb, author of the excellent book How to Have a Good Day, implores us to “Write it down as soon as it comes to mind. Use your intelligence for getting things done, rather than trying to remember what you need to do.” She says it doesn’t matter if you use real paper or an electronic version, as long as you get your thoughts, worries, and ideas out of your head as soon as possible. This is absolutely true for me — if I don’t write it down, I don’t remember it.

Going a step further, Branson says that the most important part of note-taking is having the discipline to “go through your ideas and turn them into actionable and measurable goals.”

That is what today’s most successful people are doing, and why Branson asserts that note-taking should be an essential habit of every leader.

Andrew Merle writes about living well, including good habits for happiness, health, productivity, and success. Subscribe to his e-mail list at andrewmerle.com and connect with him on Twitter. 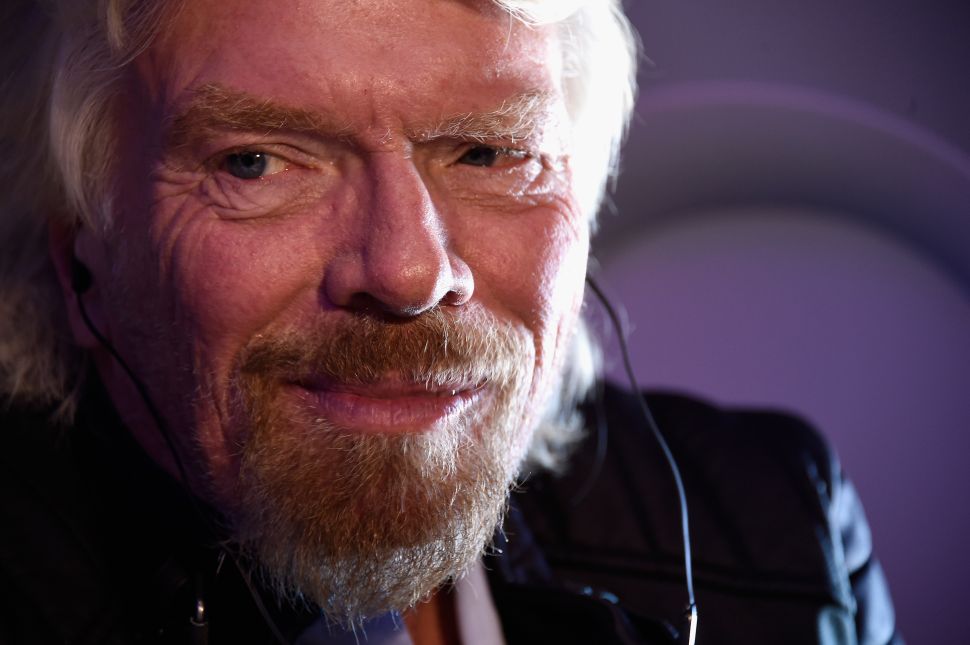