This article originally appeared on Quora: Why did conservatism and liberalism develop so differently in Europe than in the United States?

Political outlooks took different routes in Europe and the United States but developed quite similarly.

Even prior to the Age of Enlightenment, Europe was home to several republican(non-monarchical) governments. During the Enlightenment, a great variety of thinkers began to oppose monarchy and the divine right of kings with concepts formed around the republican idea of popular sovereignty. Liberalism is the name for the range of ideologies, from constitutional monarchy to the radical republicanism adopted in the United States following its Revolutionary War.

The United States at the time of that war had been home to four separate waves of British immigration, only one of which was largely Tory, or supportive of British monarchy. The others tended to be separatist in order to escape the oppression experienced in England. These waves were joined by Dutch Reform republicans, French Huguenots, German Lutherans and Swedish Lutherans (two distinct outlooks), with most of the representatives of these groups happy to have left Europe behind. Support for monarchy was to be found only in certain pockets, and, after the war, never reasserted itself.

Liberalism was strong in Europe and increasingly truculent toward monarchy. The attempt to reprise the American Revolution in France, the French Revolution, became shockingly bloody as the antagonisms on all sides were much harsher than had been the case in the American Colonies. When that revolution was followed by Bonapartism, the Counter-Enlightenment took much of the wind out of the sails of the liberal movement.

Early in the 19th century, various experiments in socialism represented an in-place effort to duck out from under monarchism. With the Revolutions of 1848 and the publication that year of The Communist Manifesto of Marx and Engels, socialism joined liberalism as a second threat aimed at monarchism.

A generation later, however, the popular working-class revolts Marx had predicted were nowhere in evidence. Meanwhile, Otto von Bismarck, tasked with unifying the many German principalities under Kaiser Wilhelm I, noted the strong appeal of the socialist message to the people. He began exploratory discussions with certain social democrats.

Social democracy was the name for the non-revolutionary form of Marx’s communism, something of a ruse made necessary by revolutionary communism running afoul of sedition laws all around Europe. Bismarck decided between the fact the social democrats had no power of their own and that the leadership seemed every bit as monarchistic as he was, just for themselves rather than the House of Hohenzollern to simply steal their platform from them and implement it in the name of the Kaiser.

This worked, leaving Marx fuming mad. After many leaders of the SPD, the social democratic party in Berlin, crossed over to work in Bismarck’s government (he was by then chancellor), he simply outlawed those remaining socialists who had not. This capture of social democracy vaulted social democracy to the right, authoritarian extreme and left Marx fuming mad and declaring that the use of state power to offer “state aid” could only result in a dictatorship by a bourgeois elite in need of a permanent underclass to justify their rule.

Still, the paternalistic welfare state, or, sometimes, the high modern state, that Bismarck wrought, became the wonder of the world. As Bismarck later in 1880 told an American interviewer,

My idea was to bribe the working classes, or shall I say, to win them over, to regard the state as a social institution existing for their sake and interested in their welfare.

Bismarck had solved the problem socialism represented, but most of the monarchies of Europe were too benighted to grasp that. Their inability to resist the resulting popular pressures led to World War One which proved lethal to the more brittle monarchies and empires of Europe. Rising were two new socialisms on the Bismarckian authoritarian plan—fascism and state communism. These emergent socialisms despised each other. Social democracy was despised for having accepted capitalism and for having stayed loyal to the Kaiser throughout the war. Fascism was despised for having updated all of Marx’s concepts to better fit the current zeitgeist. And state communism was despised for having stuck to the original Marxian template (the use of state authority apart) that was widely considered in Europe to be terribly out of date.

As all three considered themselves the inevitable end state of mankind and all three were attempting to appeal to the same target audience, World War Two launched as largely the rivalry between the emergent state socialisms. That war left fascism in the dustbin of history, and the ensuing Cold War began putting soon-to-be-fatal pressure on state communism. Social democracy alone retains currency, and throughout Europe even it is retrenching to more liberal economic approaches and has otherwise devolved away from its attachment to socialism, often being referred to these days simply as “mixed economies.”

The American Civil War had been a triumph for liberalism, ending slavery and resulting in three constitutional amendments that bolstered our republicanism. However, as the Reconstruction Era wore on, the Conservative Democrats in the South greatly strengthened their resistance in both numbers and cunning. At the same time, the North increasingly found itself inundated by farmhands arriving by train seeking factory jobs, freed slaves arriving from the South hoping for the same and “teeming masses” of Southern and Eastern European Catholics and Jews.

Very swiftly, the great majority of staunch northern liberals switched to an embrace of progressivism, the movement to bring Bismarckian social democracy to the United States. It was a native-stock reaction to protect Anglo-Saxon Protestant privilege that was hyper-democratic (that is, changing our laws to be more majority-rule oriented). Allied with southern Conservative Democrats and dominating both parties by the Progressive Era, progressivism caught on with some ninety percent of Western European-stock Americans, thus representing approaching two-thirds of the total population at the time.

Liberalism was flat on its back. Such facially illiberal progressive programs as forced sterilization of mental and criminal “inferiors” garnered only single digits of opposition. However, the many anti-liberal excesses of the Wilson administration and, especially, the swiftly growing recoil against Prohibition greatly revived liberalism while cutting progressive numbers roughly in half.

Progressives lost the boldness that came of being a strong majority and soon adopted the deceptive tactics of their Fabian cousins in the UK. One of those was that, not wanting to risk running for president under his actual label of progressive in 1932, Franklin Roosevelt cast himself as a liberal. He doubled down on that ruse beginning in 1937 once he got a majority progressive Supreme Court in the hopes of getting his positive rights agenda passed disguised as liberal rather than state socialist. The use of “liberal” to refer to progressives is spurious.

After World War Two, the United States, feeling that its heritage of liberalism had won the war (and not FDR’s social democracy) and could best oppose state communism, had a widespread revival of liberalism in both parties, Conservative Democrats apart. The resulting civil-rights pressure from both parties destroyed the Conservative Democrats, while the turmoil within the Democratic Party and especially the rise of student radicals in the anti-war and civil-liberties movements gave rise to a third wave of progressivism, this time half again the size of the second wave and in need of alliance with the very cohorts its grandparents and great-grandparents had despised.

As progressivism peaked prior to World War One, liberalism survived in primarily academic realms and largely based on the study of the conservative outlook of Irish Whig parliamentarian Edmund Burke, who, being a Whig, was not conservative in the European sense of moderate support of monarchy. That movement survives as “mainstream” conservatism along with several other stances wishing to conserve our liberal heritage.

After the war in the 1920s, a stronger version of liberalism revived, largely based on the wonderment of newly arrived immigrants where America’s famous freedoms had gone. This movement referred to itself as libertarian to express the fact that it wished to go beyond our early republicanism, which, while radical, had managed to secure the Lockean social contract largely only for Western European males, and extend it to all.

Conservative, where not connected to a party as in the UK, is properly a stance; one is conservative about something. There are some dozen conservative stances in the US, most wishing to conserve our liberal heritage (though not in as radical a form as libertarians do) and some being partly statist. All of the liberal ones wish to conserve a form of liberalism much more radical than is found in Europe.

Meanwhile, our progressives have been pushing hard to change our form of government from liberal to state socialist even as their social democratic brethren in Europe retrench toward more economic liberalism. It is fair to say that while political outlooks in Europe and North America have common roots and similar development, they have little pull on each other, far less than events and developments at home, though the push toward globalism hopes to change that. 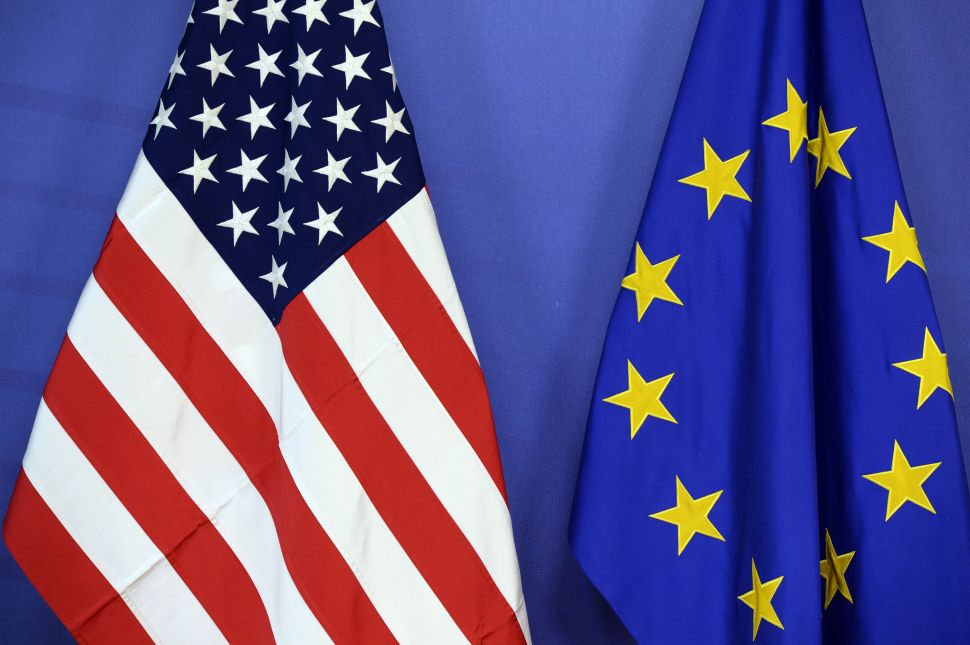